MATCH BALL FOR McLAUGHLIN AS BANNSIDERS MARCH ON

Coleraine continued their charge at the top of the table with a four-goal victory over Glenavon at The Showgrounds.

The Bannsiders moved in front after ten minutes when Ben Doherty's corner came off the head of James McLaughlin as Glenavon defender Caolan Marron attempted to nod it away.

Glenavon responded well with Andy Mitchell twice coming close with big chances while, ten minutes from the break, Aaron Harmon's cross deflected off Aaron Traynor before smashing against the crossbar.

The nature of the game changed soon after, however, when the Lurgan Blues were reduced to ten men following Daniel Larmour's dismissal for a challenge on McLaughlin.

To rub salt in Glenavon's wounds they conceded a second goal a minute from the break after Eoin Bradley pounced on a defensive error to square for McLaughlin who made no mistake to sweep the ball home.

It was almost 3-0 on 61 minutes but Aaron Jarvis' 25-yard effort smashed off the crossbar. However, not long after that, Jamie Glackin found McLaughlin with a perfect pass and he duly beat James Taylor into the bottom corner.

And the scoring was complete with just under a quarter-of-an-hour remaining when Eoin Wearen brought down Doherty in the area with the Coleraine man dusting himself down to convert the subsequent spot-kick into the bottom corner to Taylor's left. 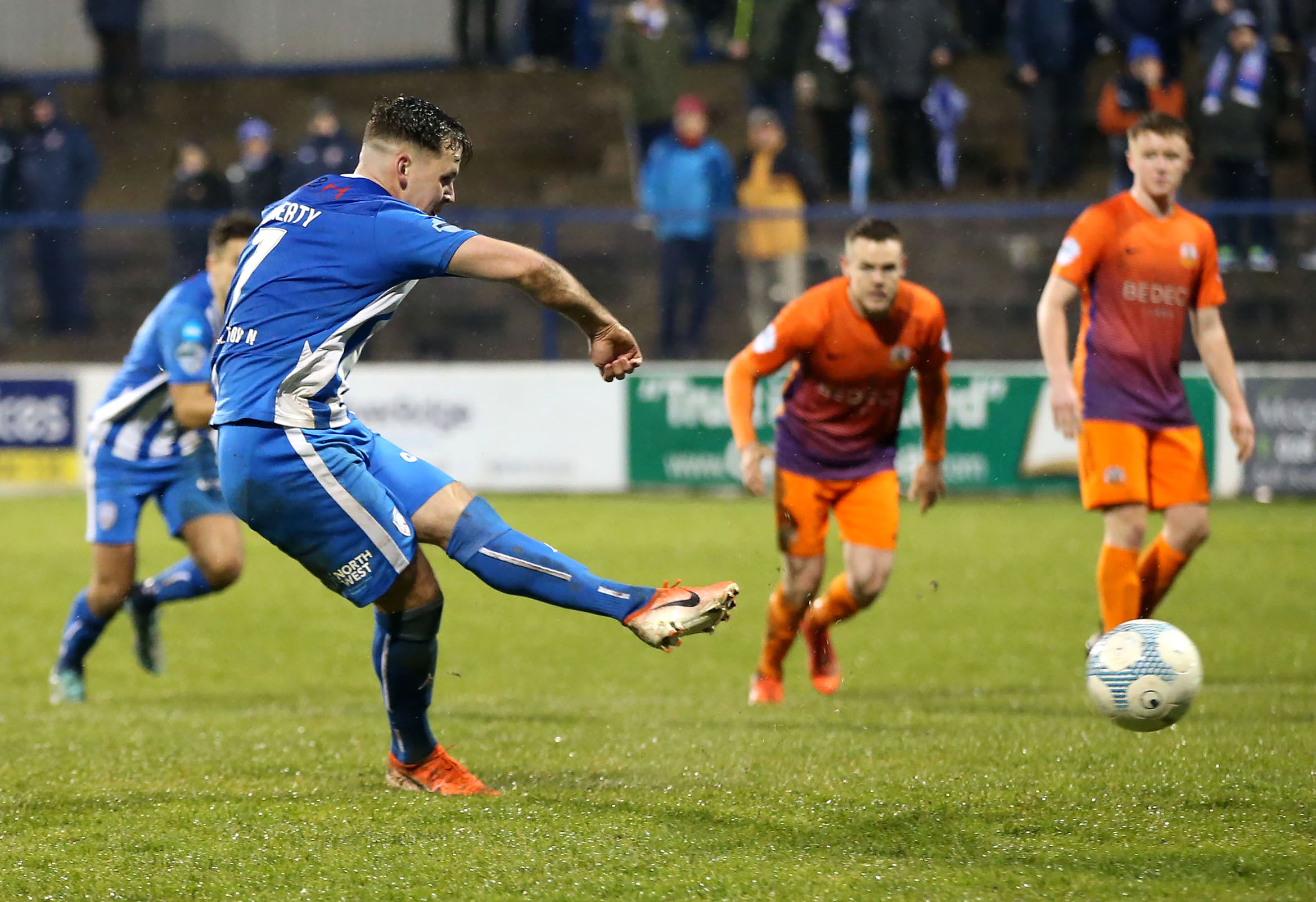 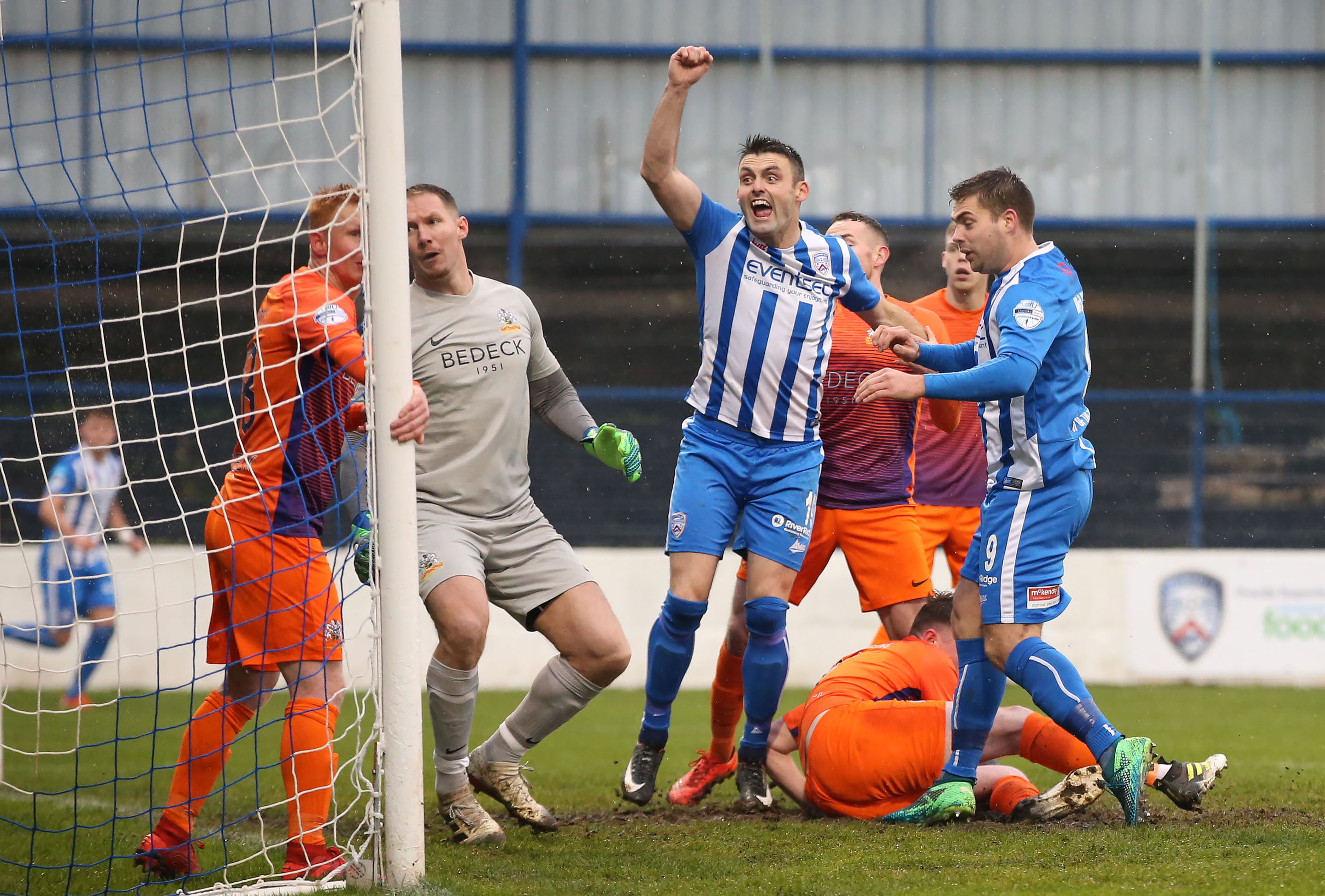 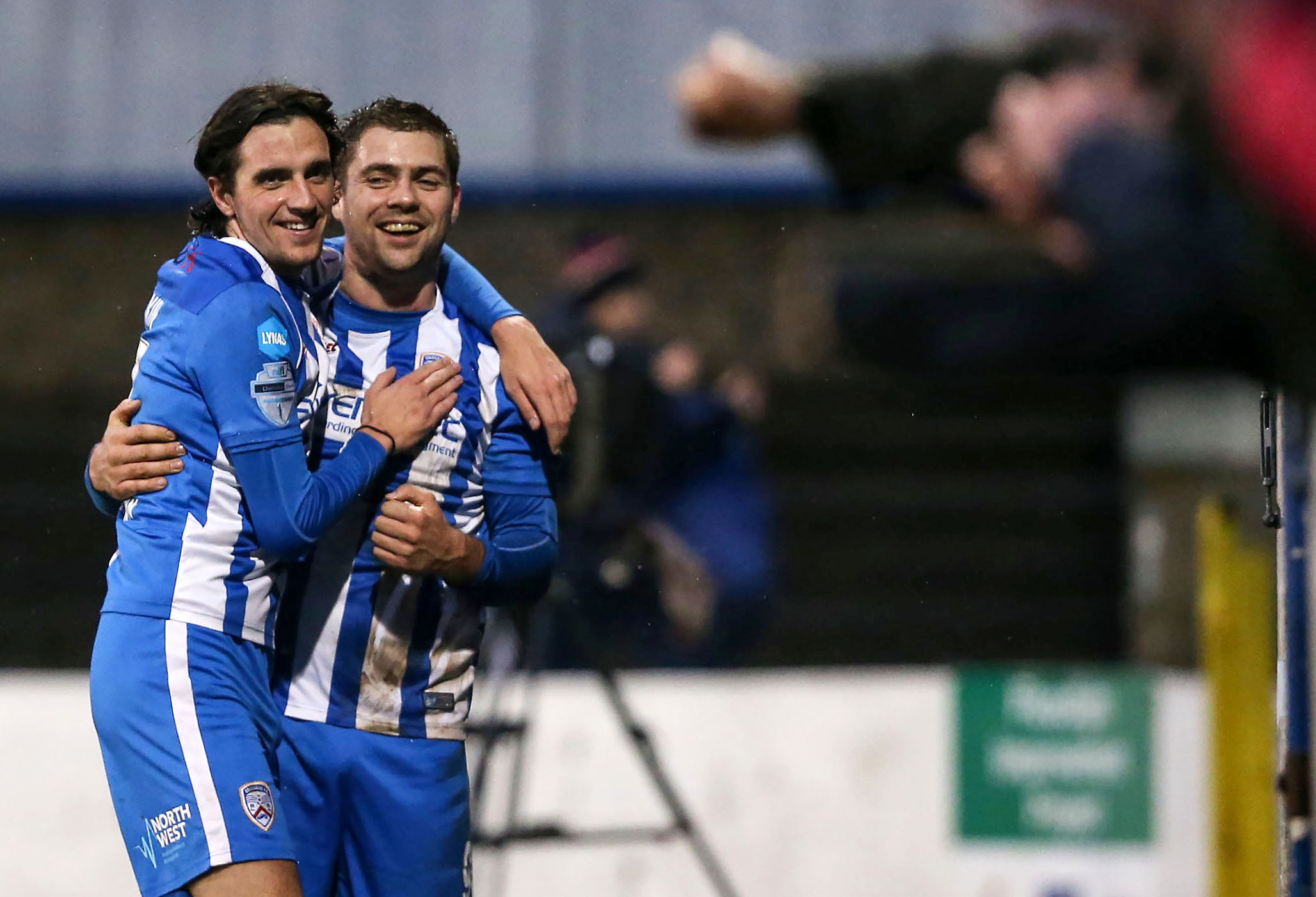 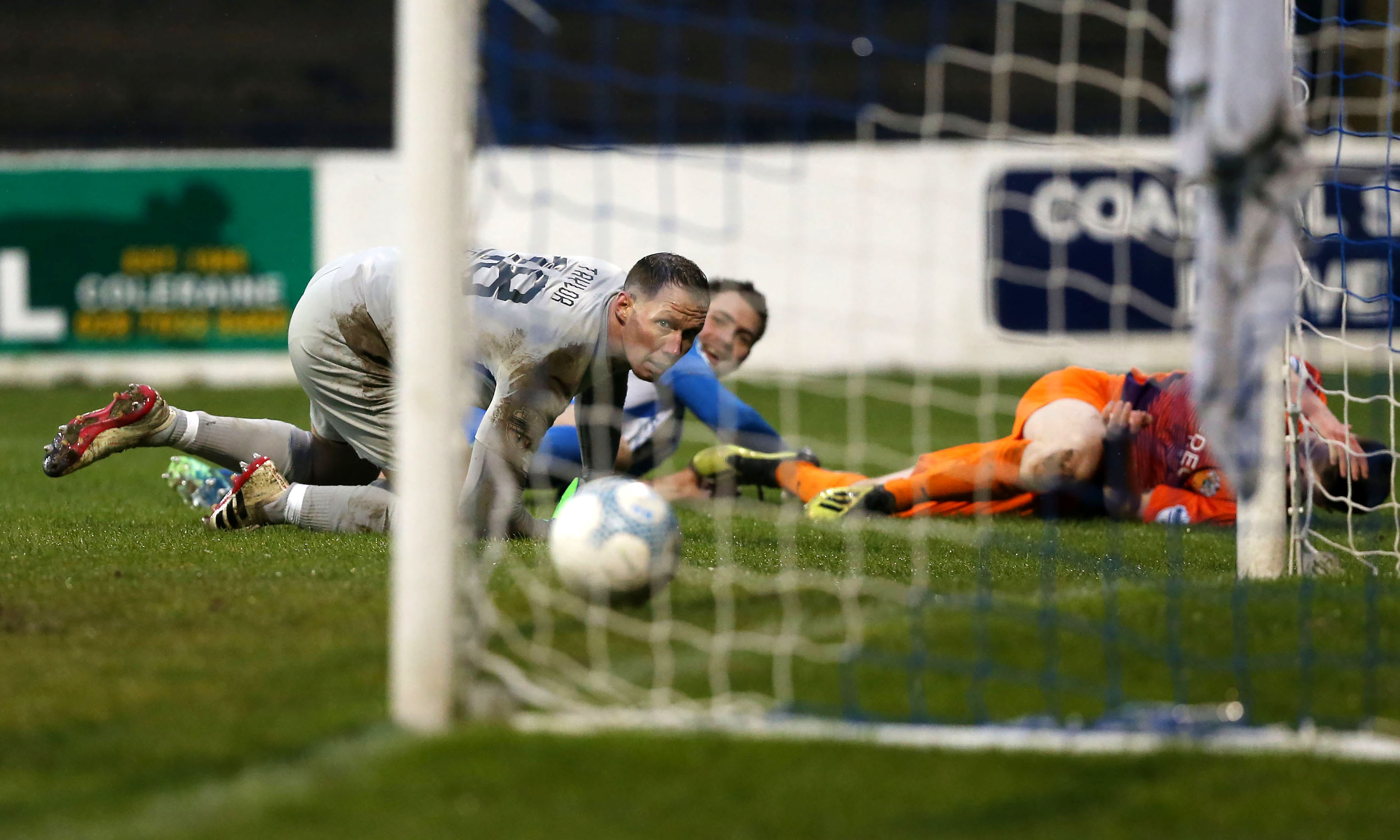 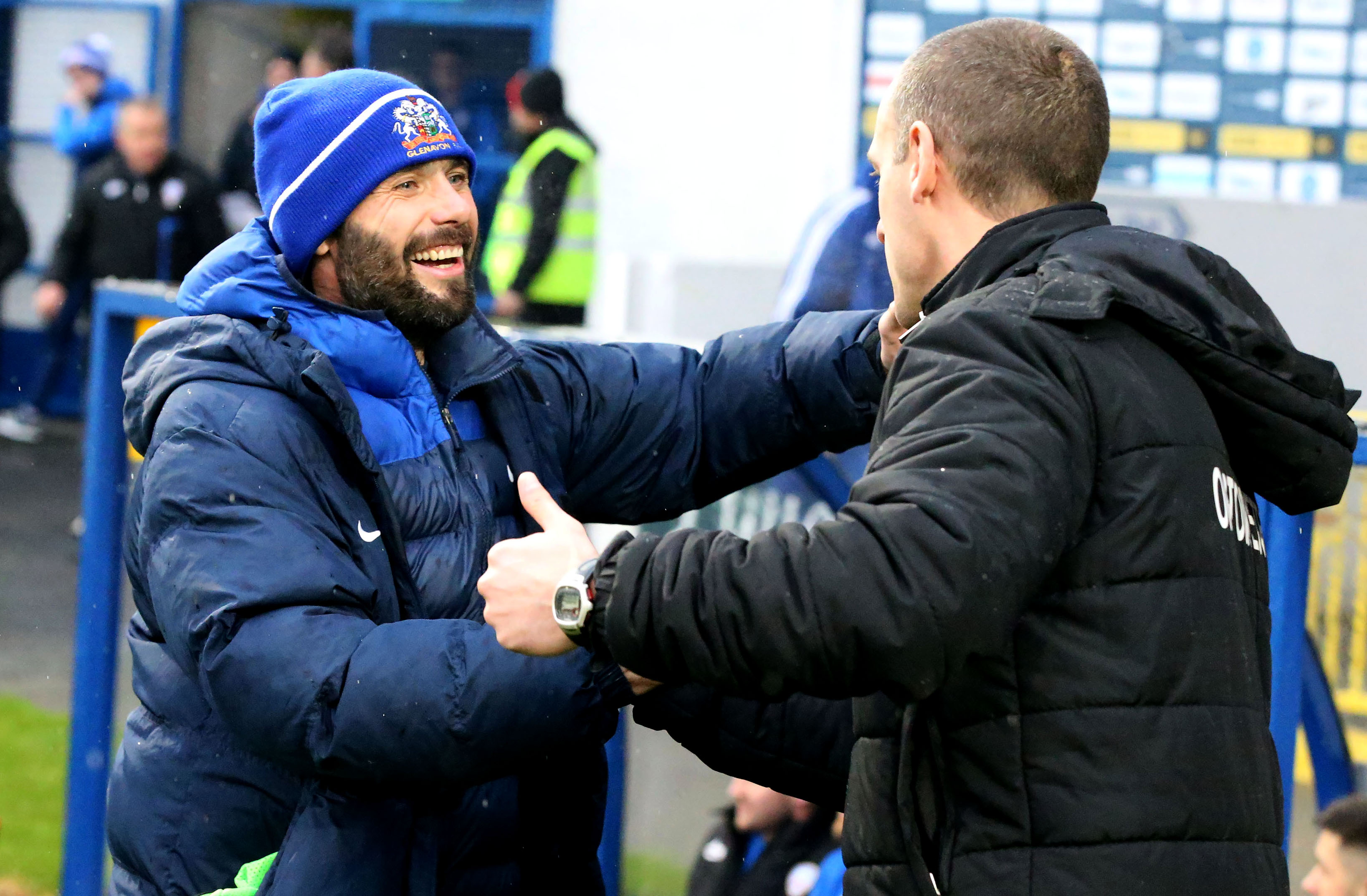 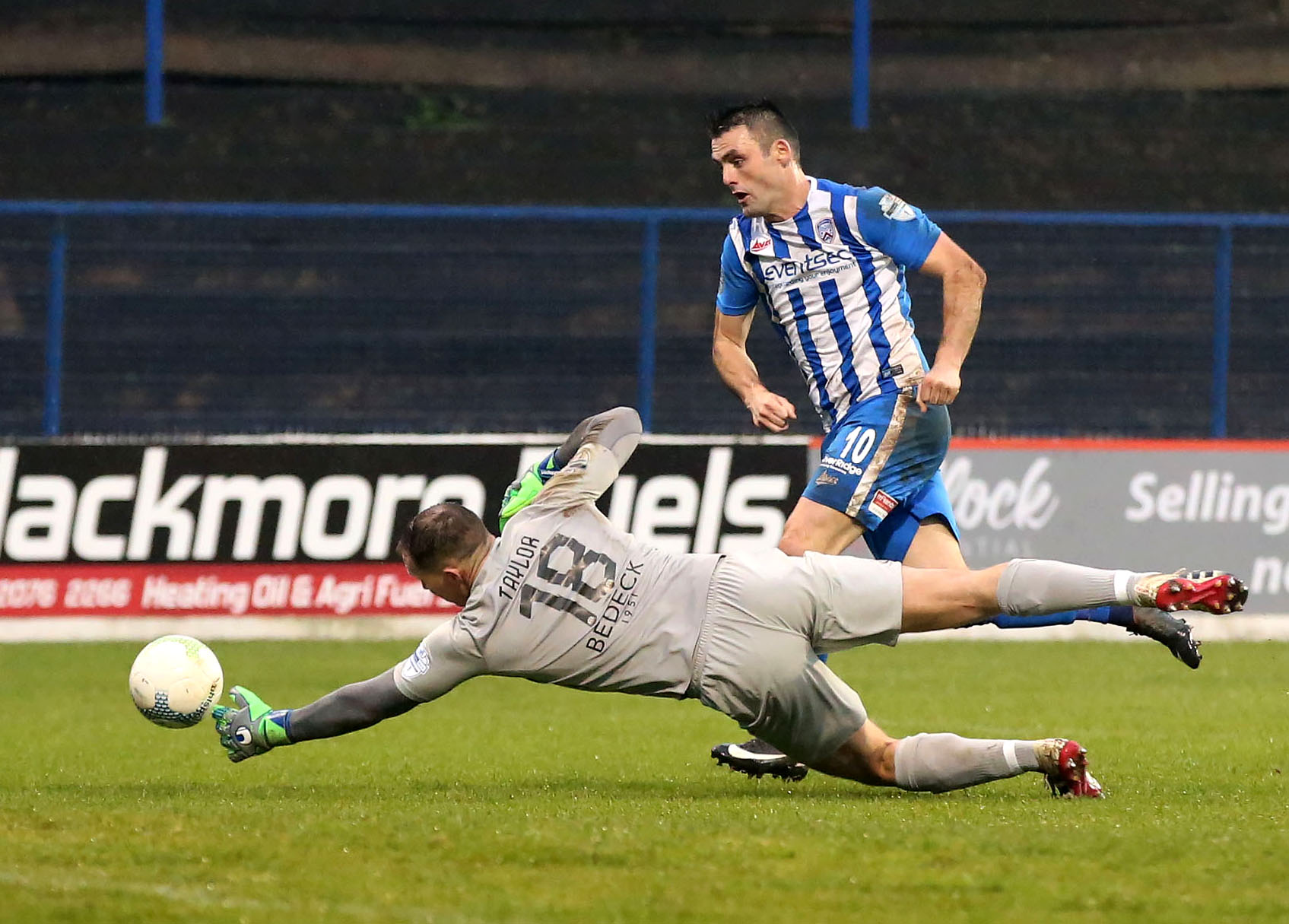