Derry City Women recorded their first Danske Bank Women's Premiership victory in almost two years as they ousted North-West rivals Sion Swifts Ladies 1-0 at the Brandywell.
Lauren Cregan scored the only goal of the game a minute after half-time to secure a huge scalp for the Candystripes - their first top-flight victory in 20 matches, a run stretching back to a victory over Comber Rec Ladies in July 2019.
The opening twenty minutes were even, with few chances. Teegan Lynch should have put Sion in front shortly after but a decisive last-ditch tackle from Kathryn Canavan cleared the danger. The remainder of the half was played in a similar fashion with little between the teams.
As the second half progressed and a goal down, Sion found themselves in the unusual position of potentially conceding a second.
On 71 minutes however, Lynch should have levelled matters. She could only find the side netting with her rebound, after Clare Friel had blocked her initial effort. At the other end, Nicole Gordon had two attempts at making the points safe for Derry.
On 80 minutes, the crossbar saved Derry and only an injury to Laura Connolly, ten minutes later, relented the Sion pressure.
In injury time, as Lynch an again attempted to redress the imbalance, Derry stood firm with Naomi McMullan swiftly making up the ground to block Sion’s final attempt on goal.
Derry City Ladies: Friel, Lafferty, McMullan, Canavan, Coyle, McGonagle, Cregan, Doherty, Gallagher, McGrory, Donaghey subs Barr (not used), Connolly (replaced McGonagle 62), Gordon (replaced Donaghey 56), O'Connor (replaced Cregan 76), McFadden (not used)
Sion Swifts Ladies: McElhinney, Neal, Walsh, McCarter, Burns, Crompton, Lynch, McDaid, Brown, McVarnock, O'Hagan subs Chambers (replaced O'Hagan 56), Doherty (not used), McCool (not used), Brogan (replaced Burns 80), Callaghan (not used) 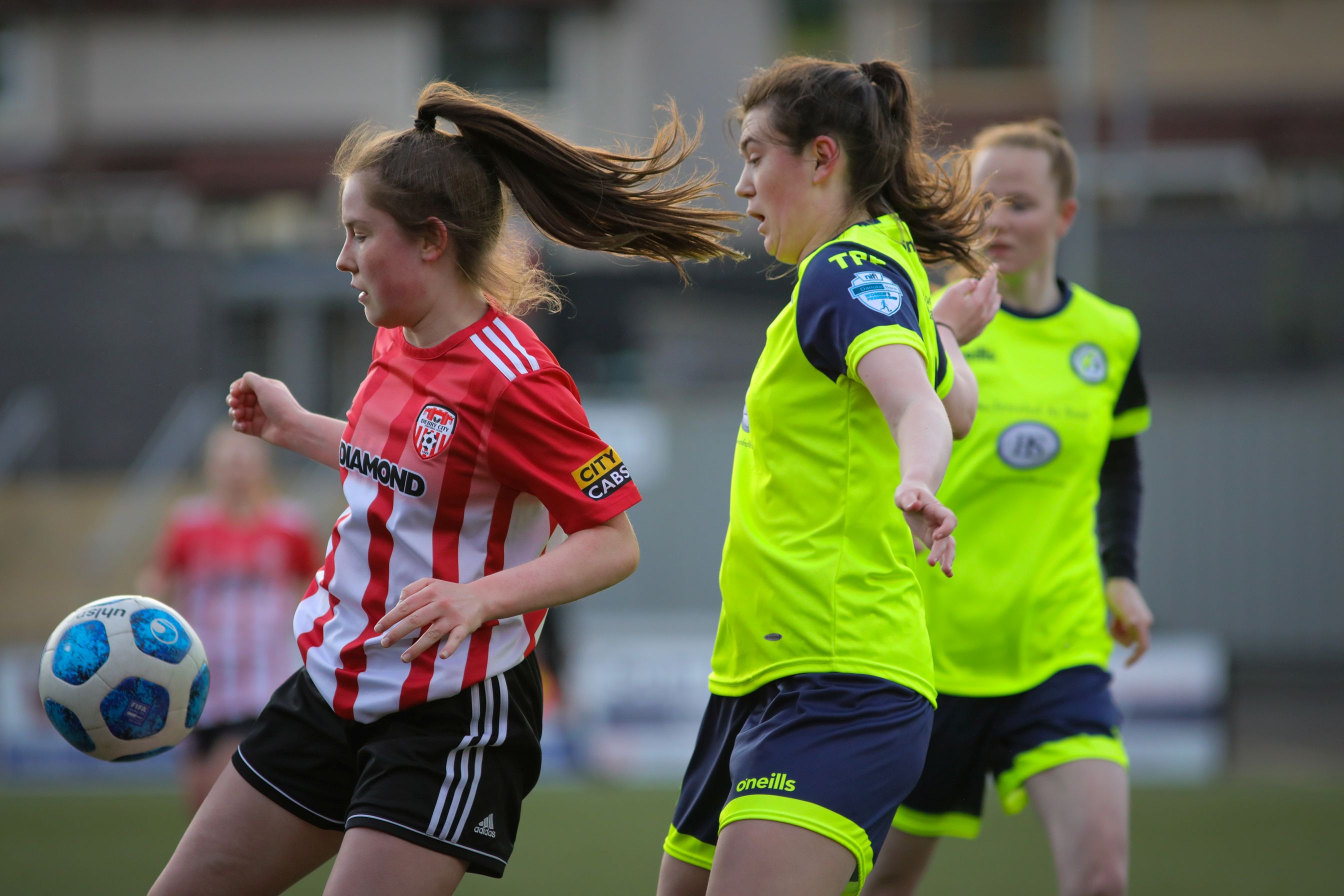 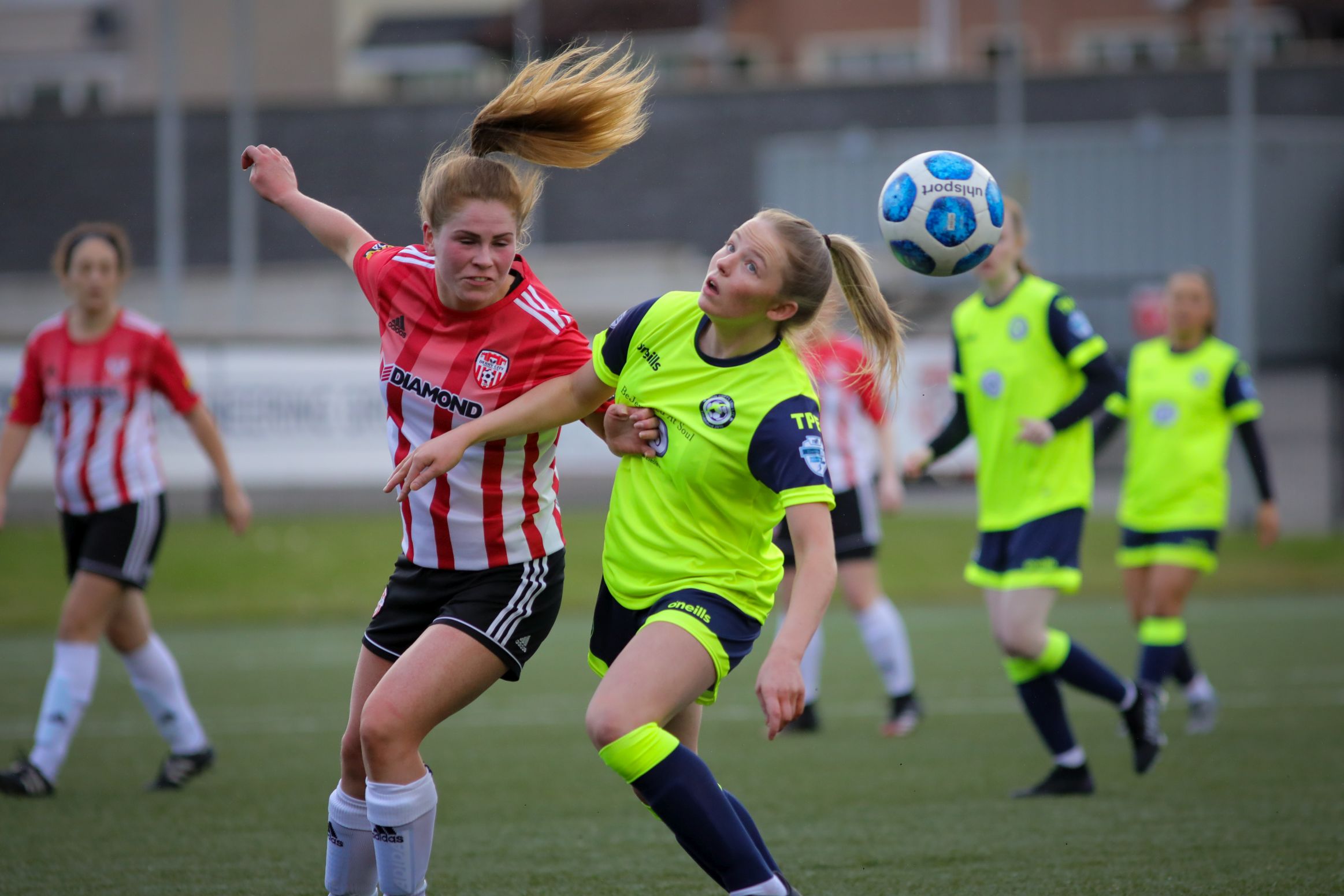 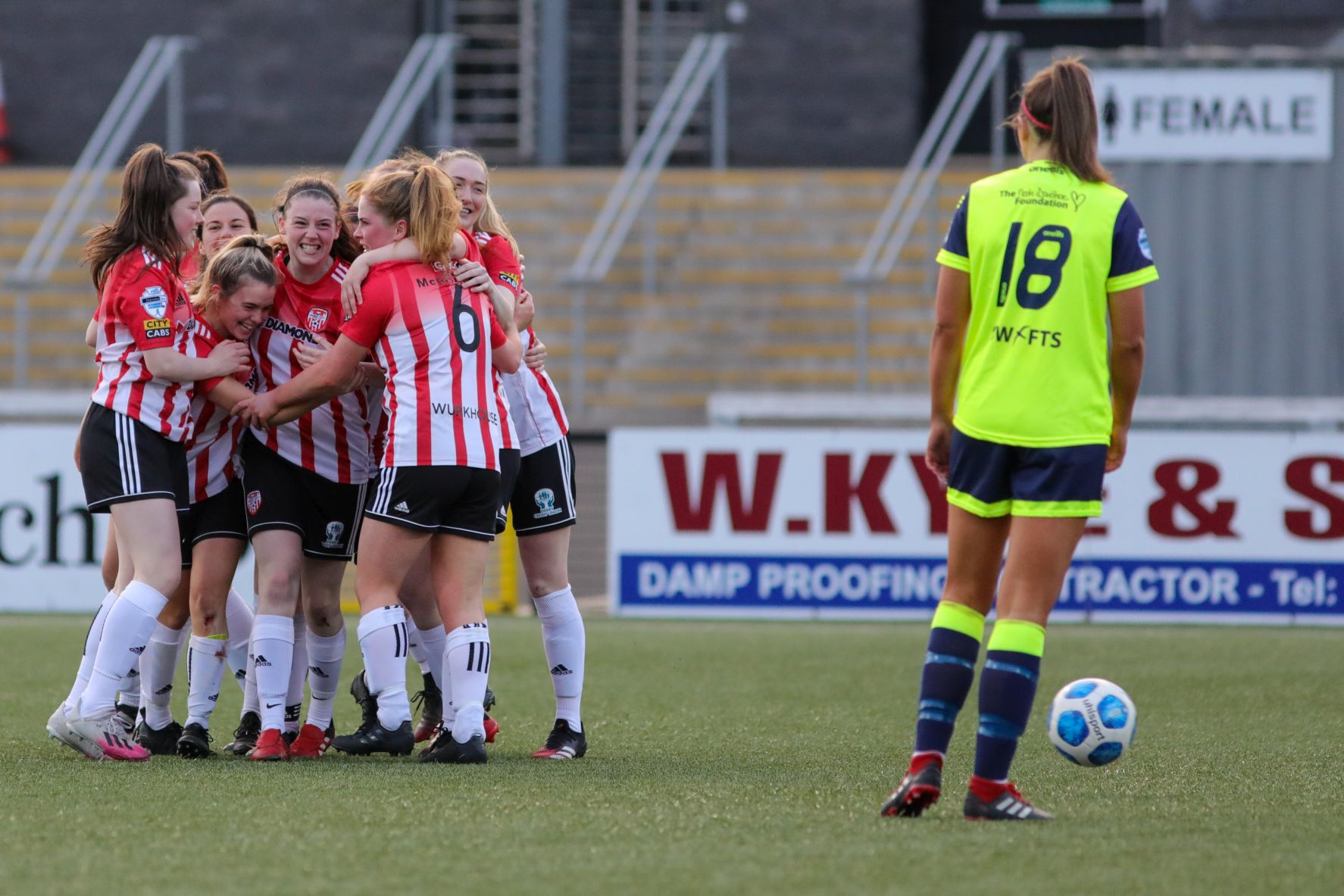 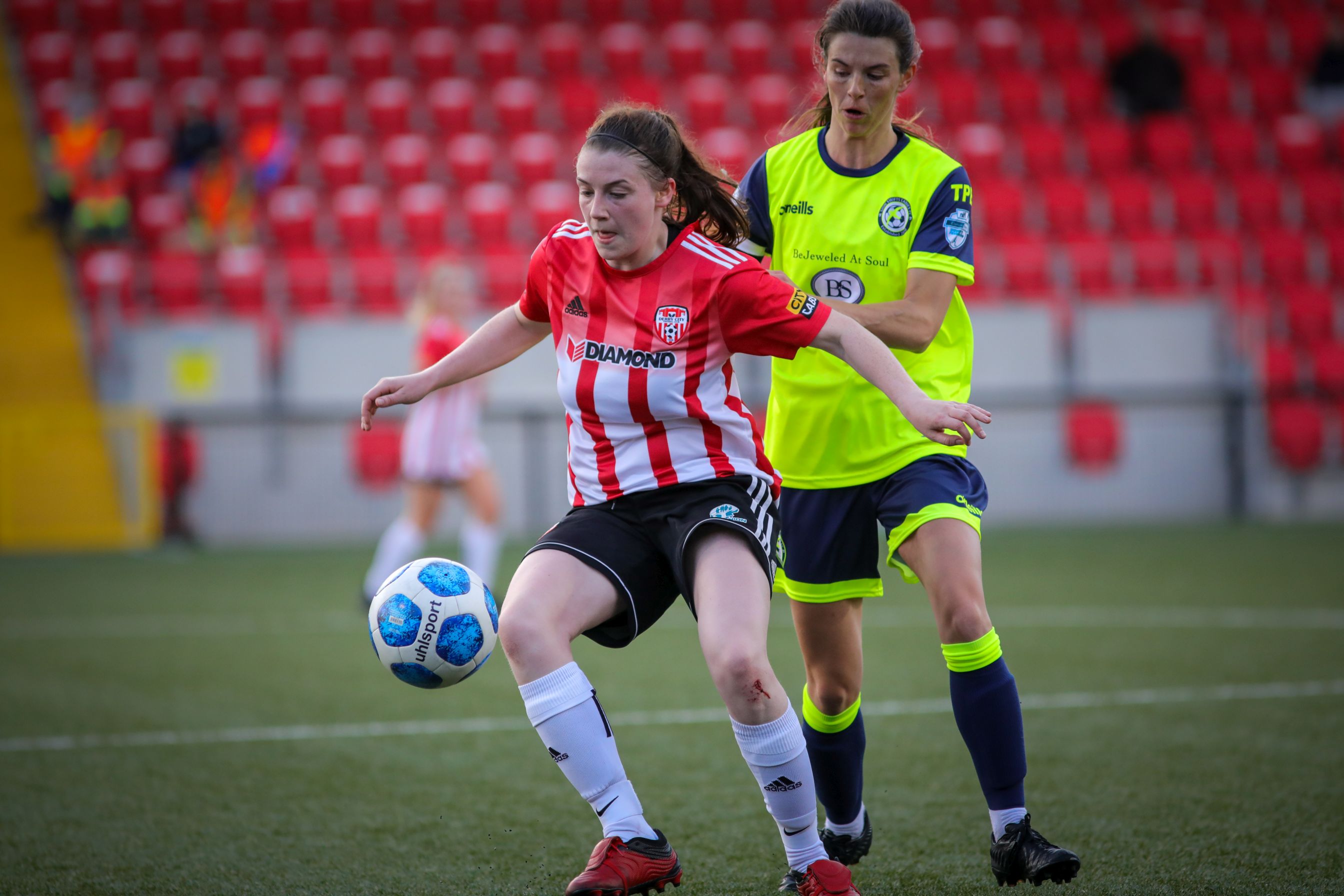 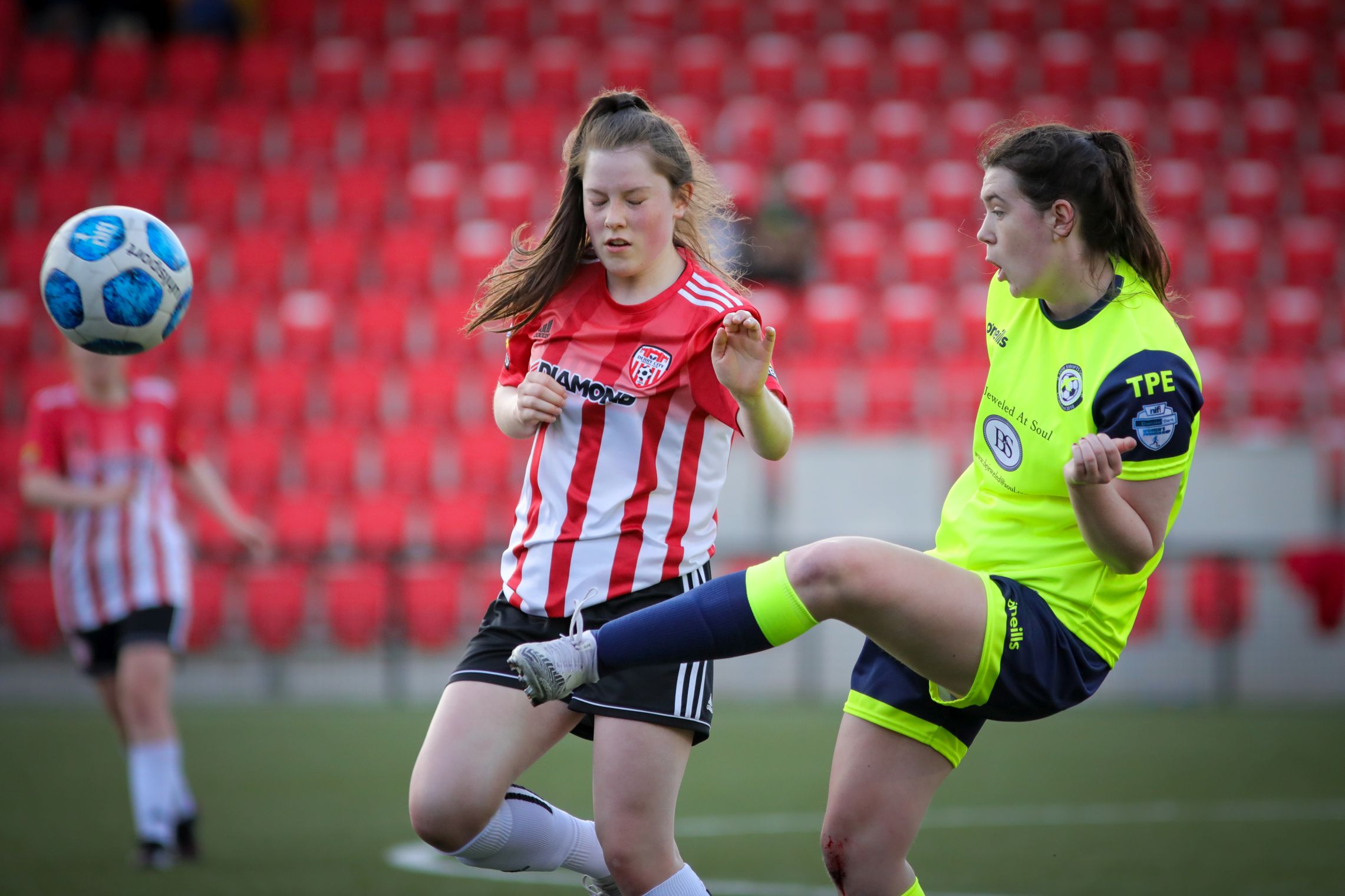 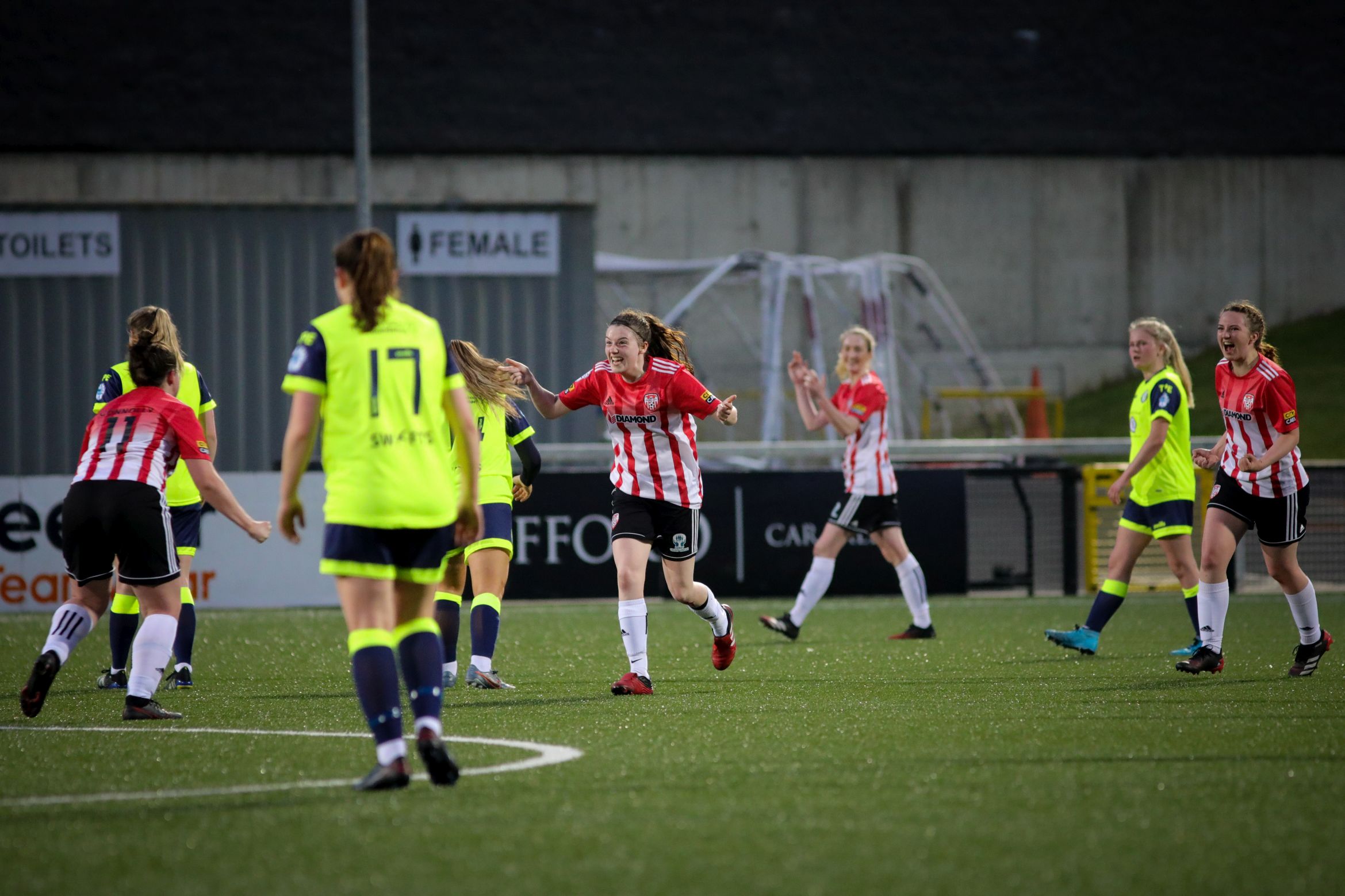