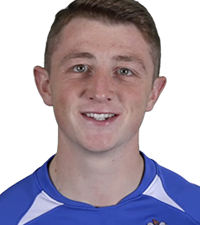 Robbie joined Annagh on loan from Glenavon during the summer of 2021, making his debut in a League Cup win over Knockbreda in August and scoring his first goal against Institute later that month.

Made his debut for Glenavon at the end of the 2015/16 campaign and spent a large part of the 2018/19 season on loan with Warrenpoint Town.