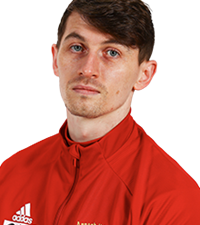 Began his career as a youth with Ballymena United either side of a short spell with Cliftonville. Duffin then spent a few months at Larne during the second half of the 2014/15 campaign before joining Tobermore United for six years, in addition to periods with Ballyclare Comrades and Portadown.

Made the switch to Annagh in August 2020, scoring on his debut against Banbridge Town a couple of months later.