The Blues moved in front against their Premier Intermediate League opponents after ten minutes when 16-year-old Callum Marshall beat Tom Hegan with a composed finish before, three minutes later, Michael Newberry made it 2-0 with a header.

Billy Chadwick added a third on 20 minutes with a header into the corner from a Kirk Millar cross, following six minutes later by Jamie Mulgrew's angled strike into the bottom corner.

Chadwick doubled his tally just after the half-hour mark, Andrew Clarke added a sixth with rifled drive into the roof of the net and Jordan Stewart struck home with left-foot on 38 minutes.

Newberry bagged his second of the evening on 48 minutes with a header from a Niall Quinn corner before a brief lull in the scoring resulted in Chadwick needing to wait just over 20 minutes to claim his hat-trick with a finish from an acute angle.

Linfield reached double figures on 78 minutes when Ahmed Salam slammed the ball home, with Christy Manzinga then getting in on the act with four minutes remaining before having another one ruled out offside moments later.

David Healy's side are away to Ballymena United in next Tuesday's quarter-final. 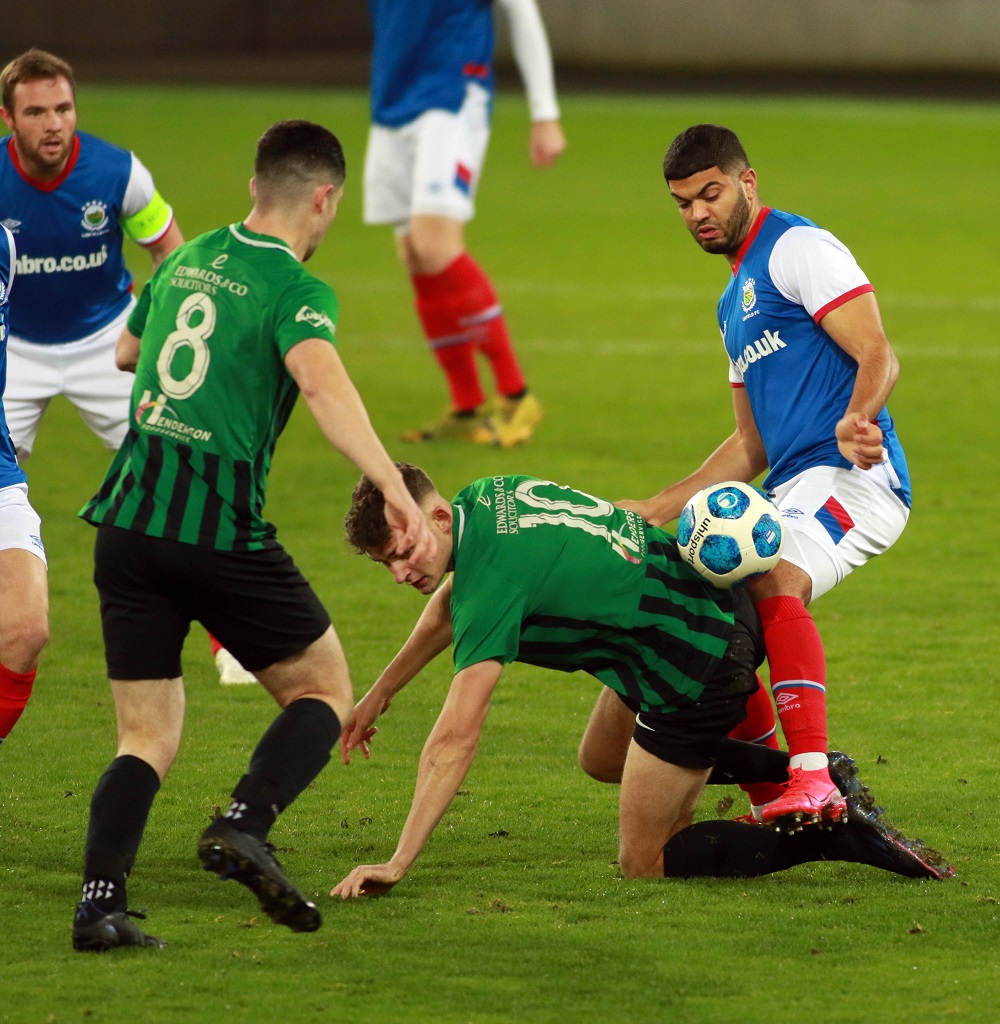 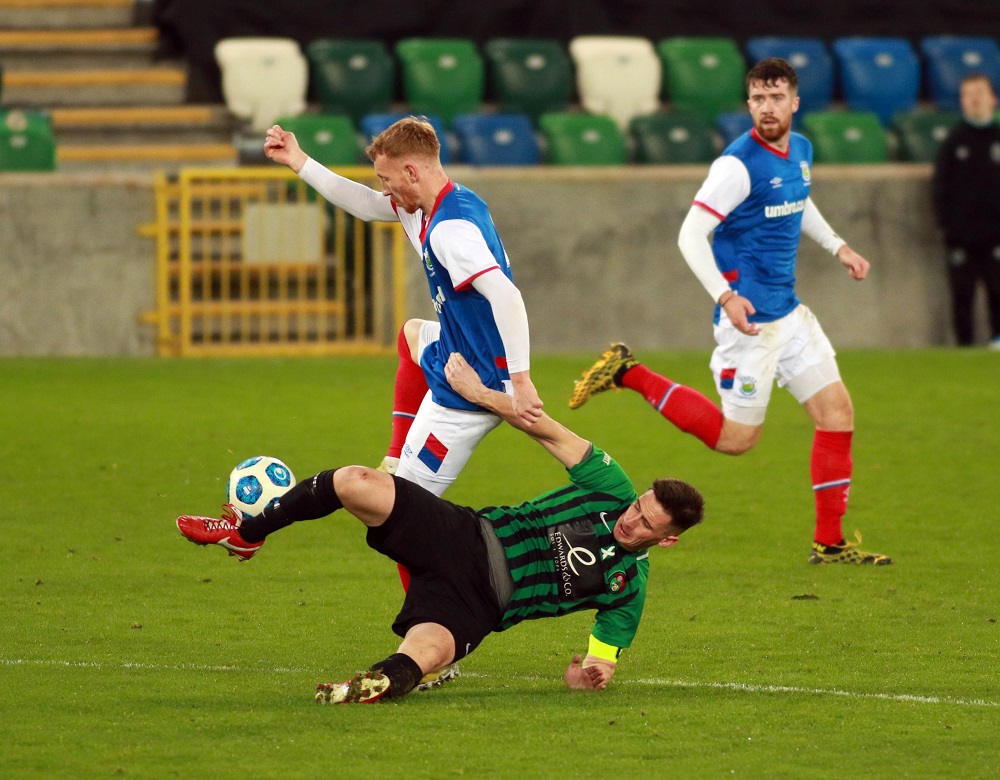 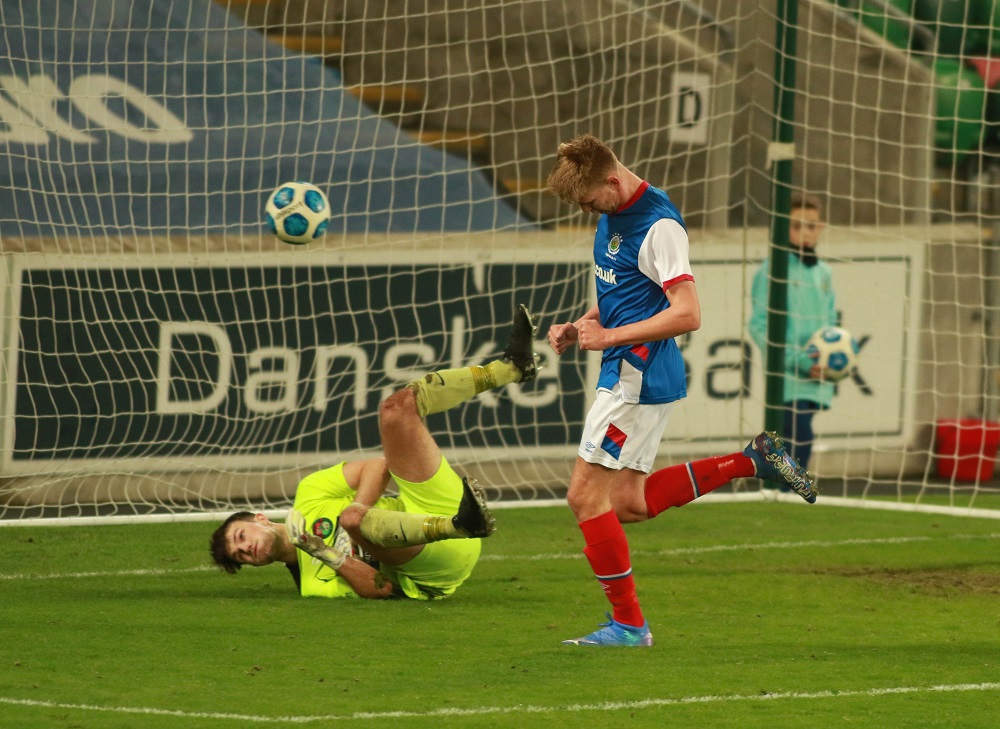 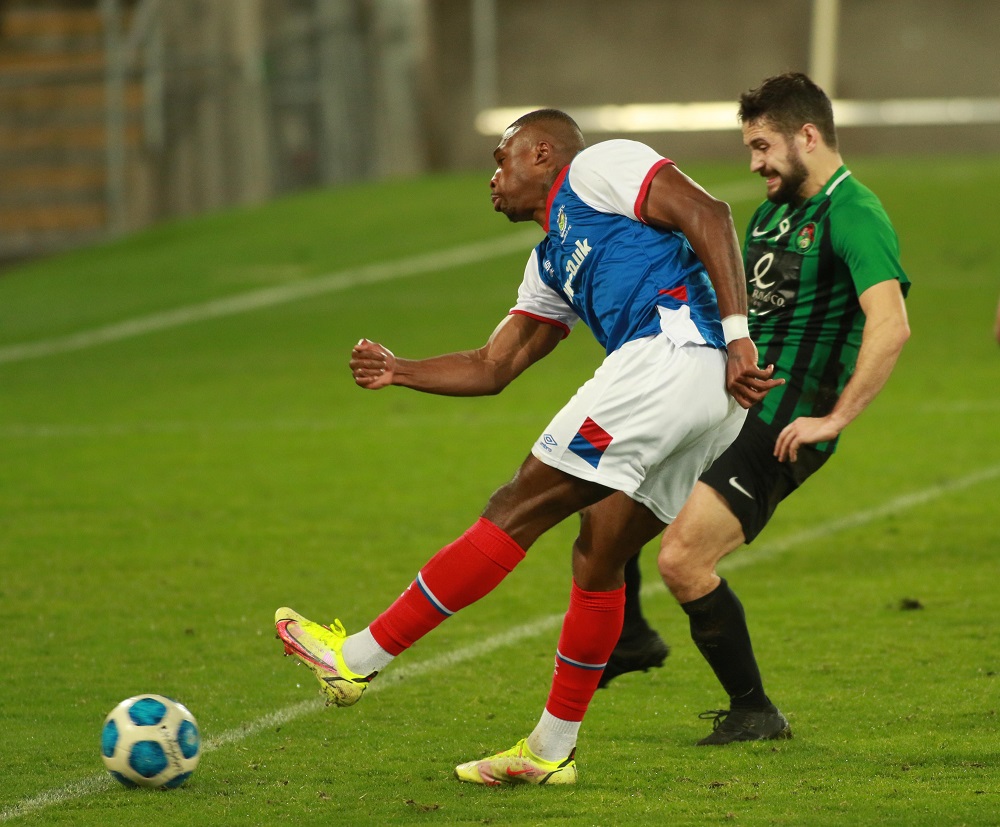 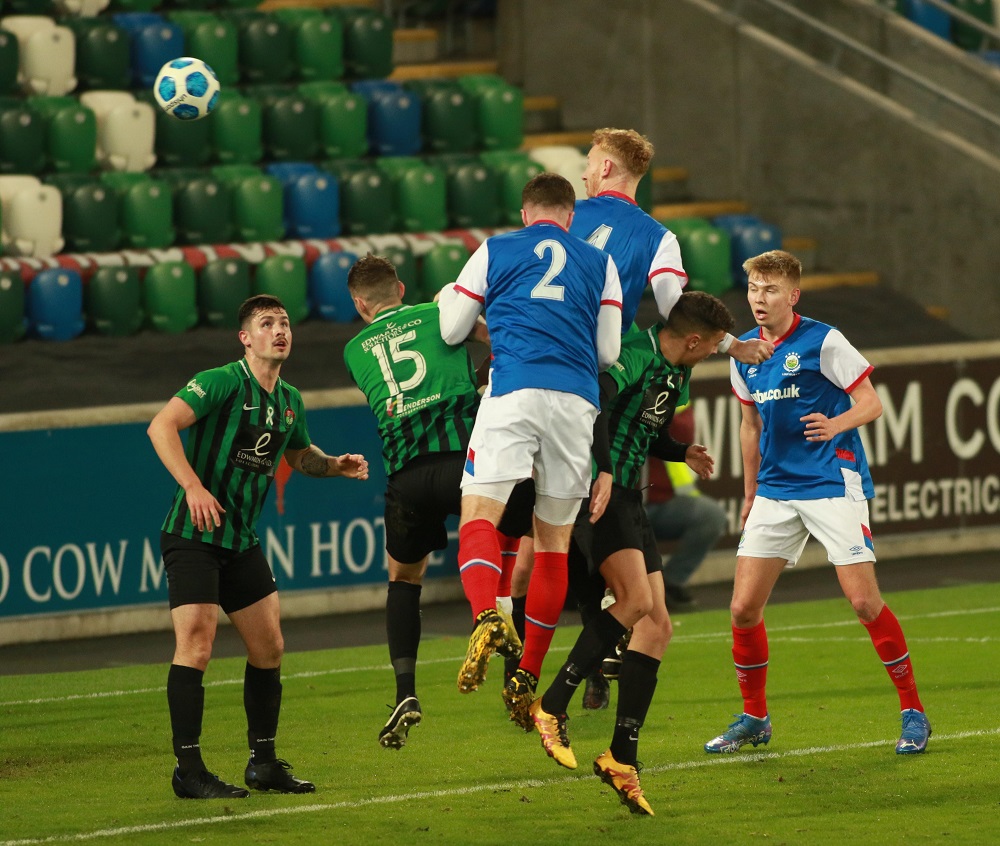 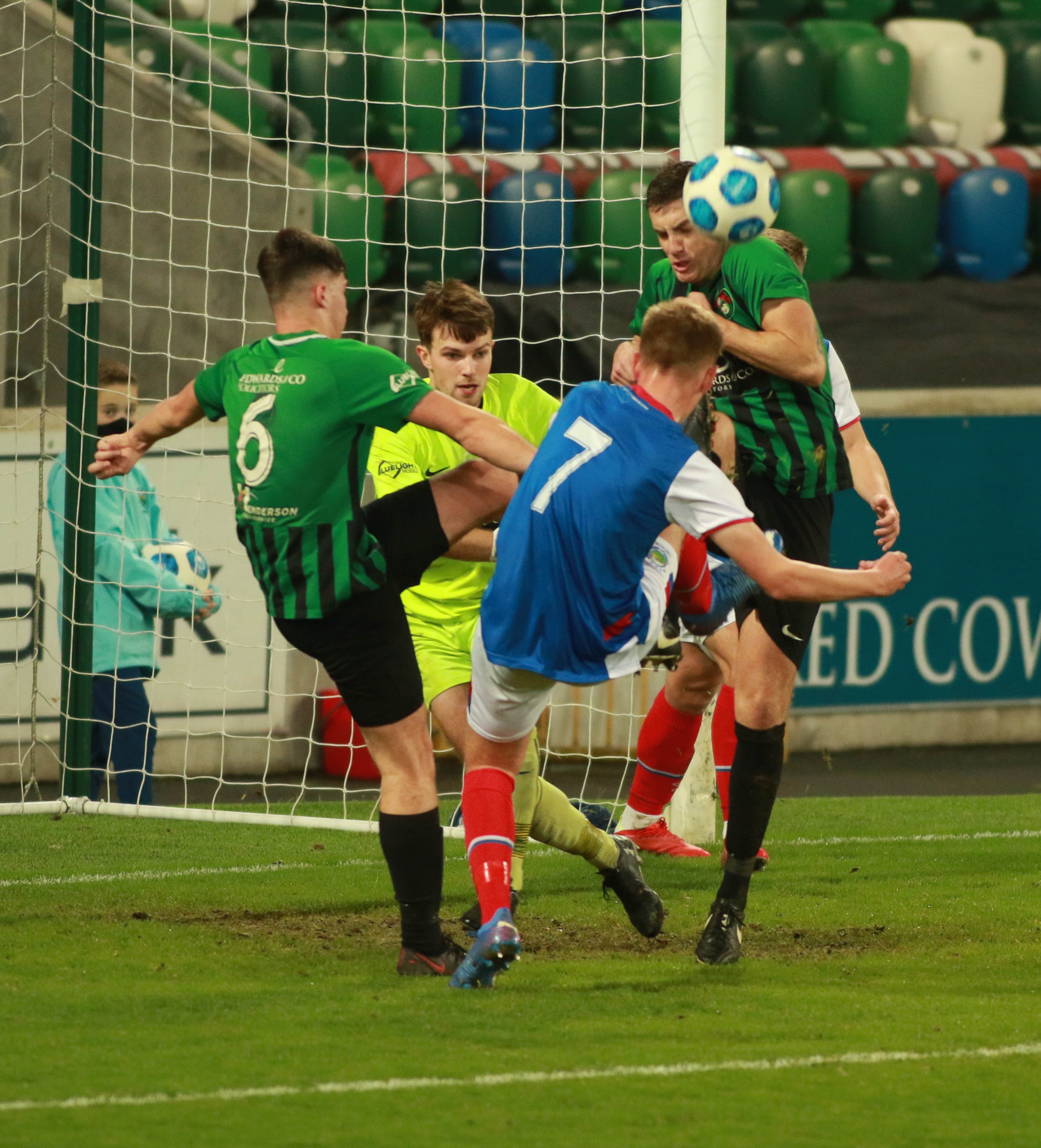