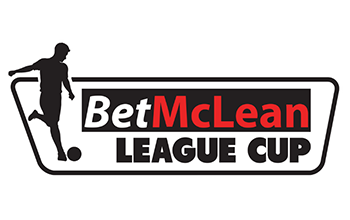 LATE THREE SEES POLICE THROUGH TO NEXT ROUND

The PSNI knocked home three goals in the last few minutes to defeat Queen's University at The Dub.

After a scoreless first half Queen's moved in front not long after the interval when David Magee tapped home unmarked at the far post after the ball was played across the box from the right.

And the Students might have added to their tally later in the half only for Conor Mulholland to send an effort against an upright following a goalmount scramble, with the rebound being fired over.

The PSNI levelled with seven minutes remaining courtesy of a superb solo Charlie Martyn effort which saw him cut through the Queen's defence before beating Conor Lally from the edge of the area.

And Martyn found the net again just moments later with a point blank range header after a break down the left saw the ball delivered into the box.

Then, with four minutes remaining, Mark Anderson raced onto a loose ball following a blocked effort to complete the scoring.

Magee might have set up a grandstand finish when he smashed a shot against the near post in the closing moments but the PSNI held on to progress.