Ballymena United booked their place in the quarter-finals of the BetMcLean League Cup thanks to a dramatic win over Crusaders at Seaview.

It took the visitors just five minutes to open the scoring through Jonte Smith who beat Jonny Tuffey with a glancing header into the bottom corner after Ross Redman had floated over a free-kick.

However, the Crues went in at the break on level terms when, on 39 minutes, Ben Kennedy saw his deflected effort deflect off defender Conor Keeley and wrong foot keeper Jordan Williamson.

United might have regained the lead soon after only for Caolan Loughran to strike the crossbar with a header from a corner.

Crusaders came close to edging in front early in the second half but Loughran was on hand to block a drilled effort from Kennedy before Williamson dived to his left to keep out a Ross Clarke shot.

Jarlath O'Rourke, scorer of the winner when the sides met at the weekend, then had a chance but could only drag his shot wide while, for United, Jude Winchester was denied by a good stop from Tuffey.

The Crues did have the ball in the net after that but Jordan Owens' header was ruled out offside by referee Lee Tavinder following a foul on Williamson.

Ballymena looked the more dangerous as the game moved into extra-time with efforts from Andy McGrory and Leroy Millar going close before, on 105 minutes, substitute Daniel Bramall unleashed an unstoppable effort into the top corner from around 30 yards out.

But back came Crusaders on 113 minutes to equalise for a second time after Owens was on hand to nod home from close range at the back post.

Yet the night eventually belonged to the Sky Blues when, right on the 120th minute, Smith headed home the dramatic winner from Bramall's cross delivered from the left. 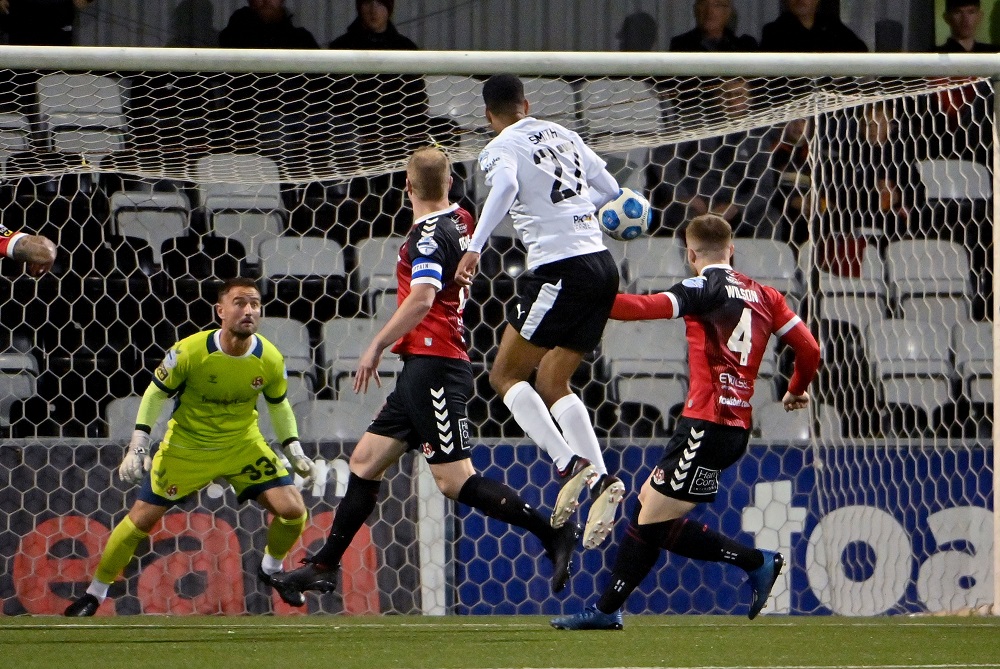 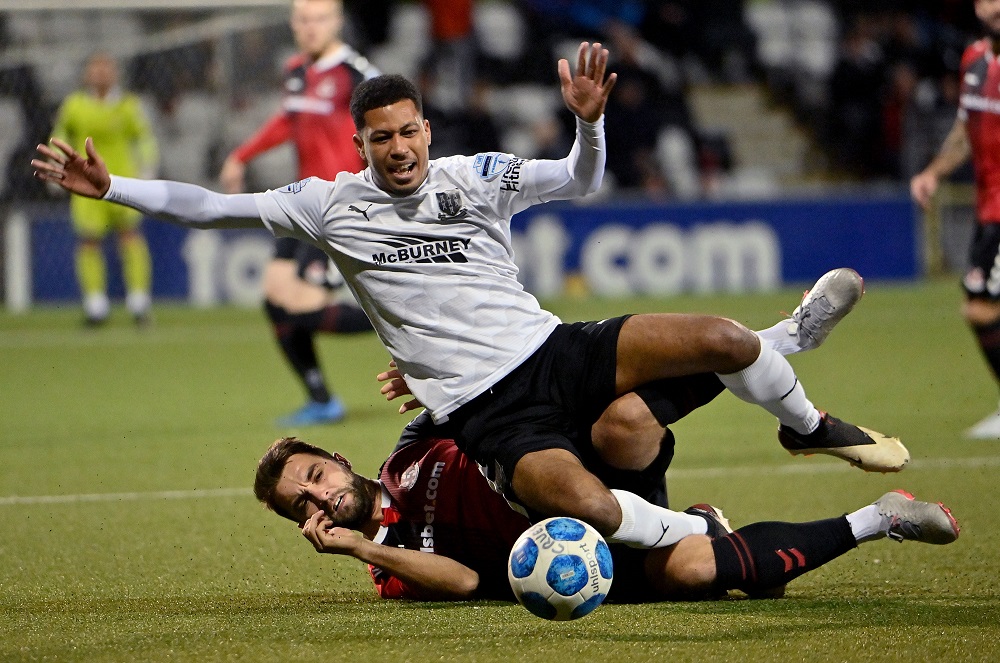 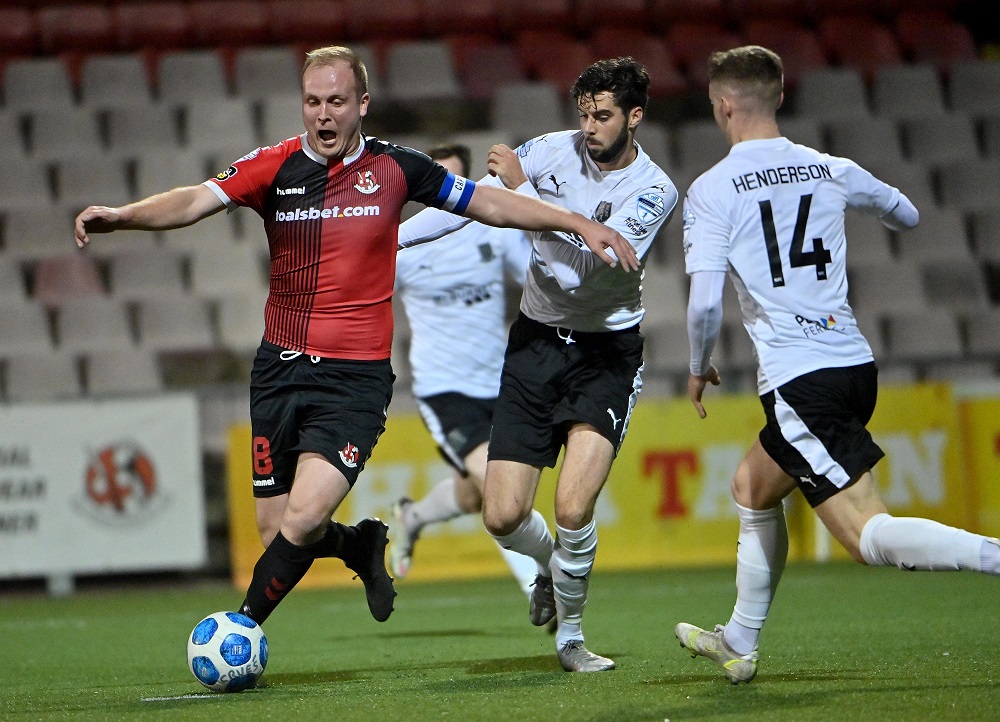 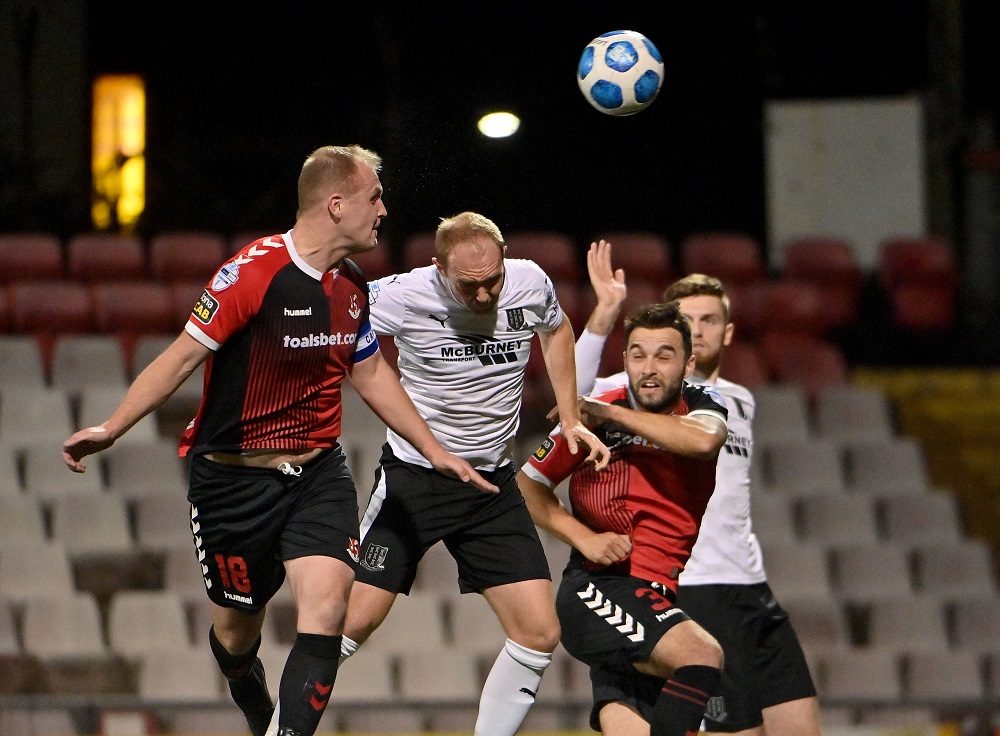 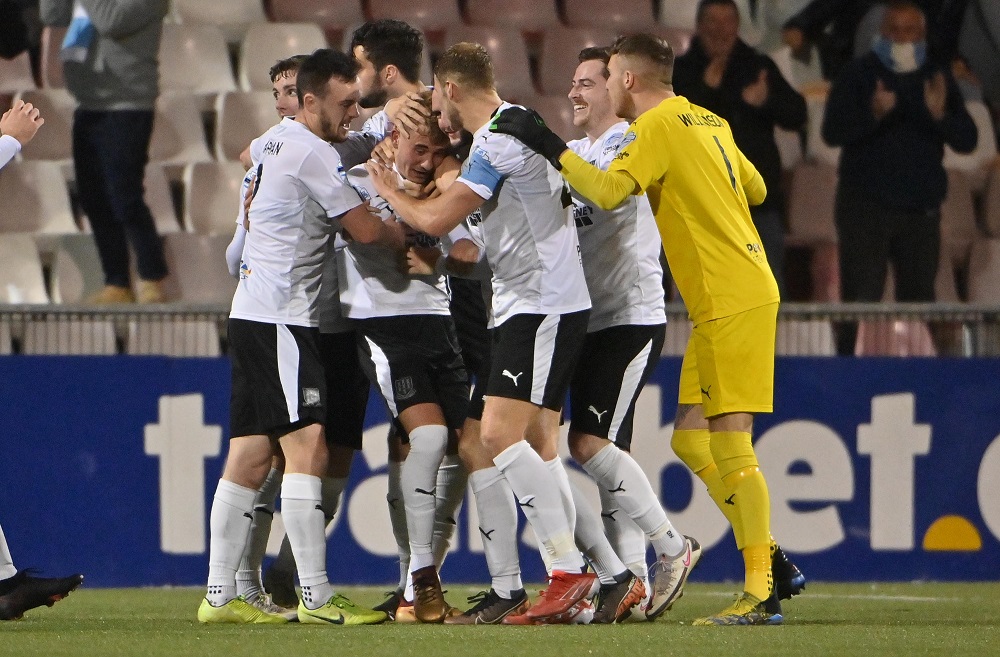 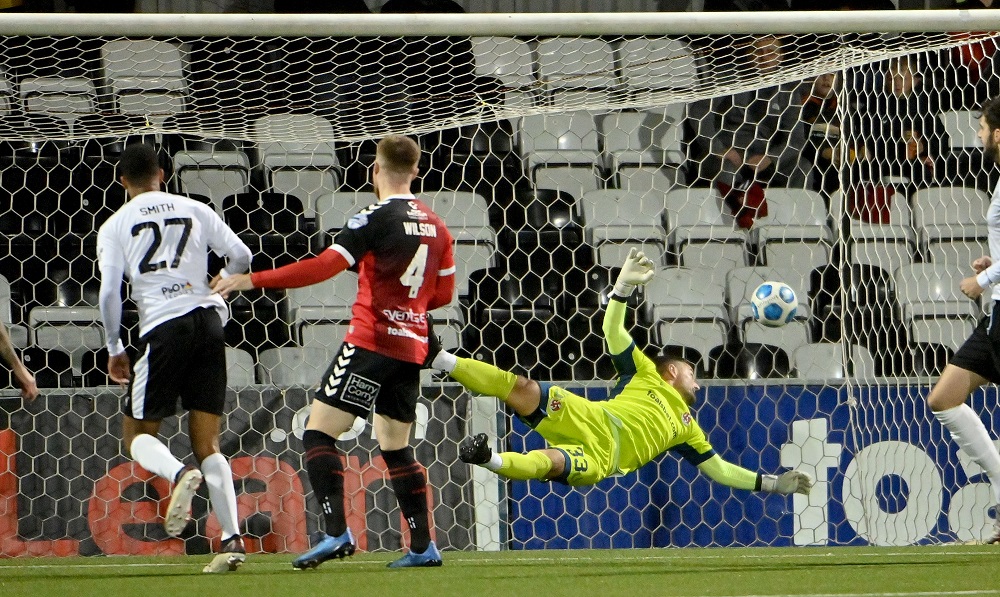