The NI Football League can reveal the fixture schedule for the 2021 Danske Bank Women’s Premiership season.

Glentoran Women triumphed in December to win the NIFL Danske Bank Premiership trophy for the first time since its inception and a first top-flight title since 2014.

Kicking off next month, the return of top-flight female football comes with an increased season with the six competing teams playing each other four times.

The Glens will start the defence of the Women’s Premiership at home to Crusaders Strikers on Wednesday 28 April. Last season’s runners-up Linfield Ladies welcome Sion Swifts Ladies to Midgley Park on the same evening and Derry City Women kick-off against Cliftonville Ladies at the Brandywell Stadium.

The full list of 2021 Women’s Premiership fixtures can be found here. 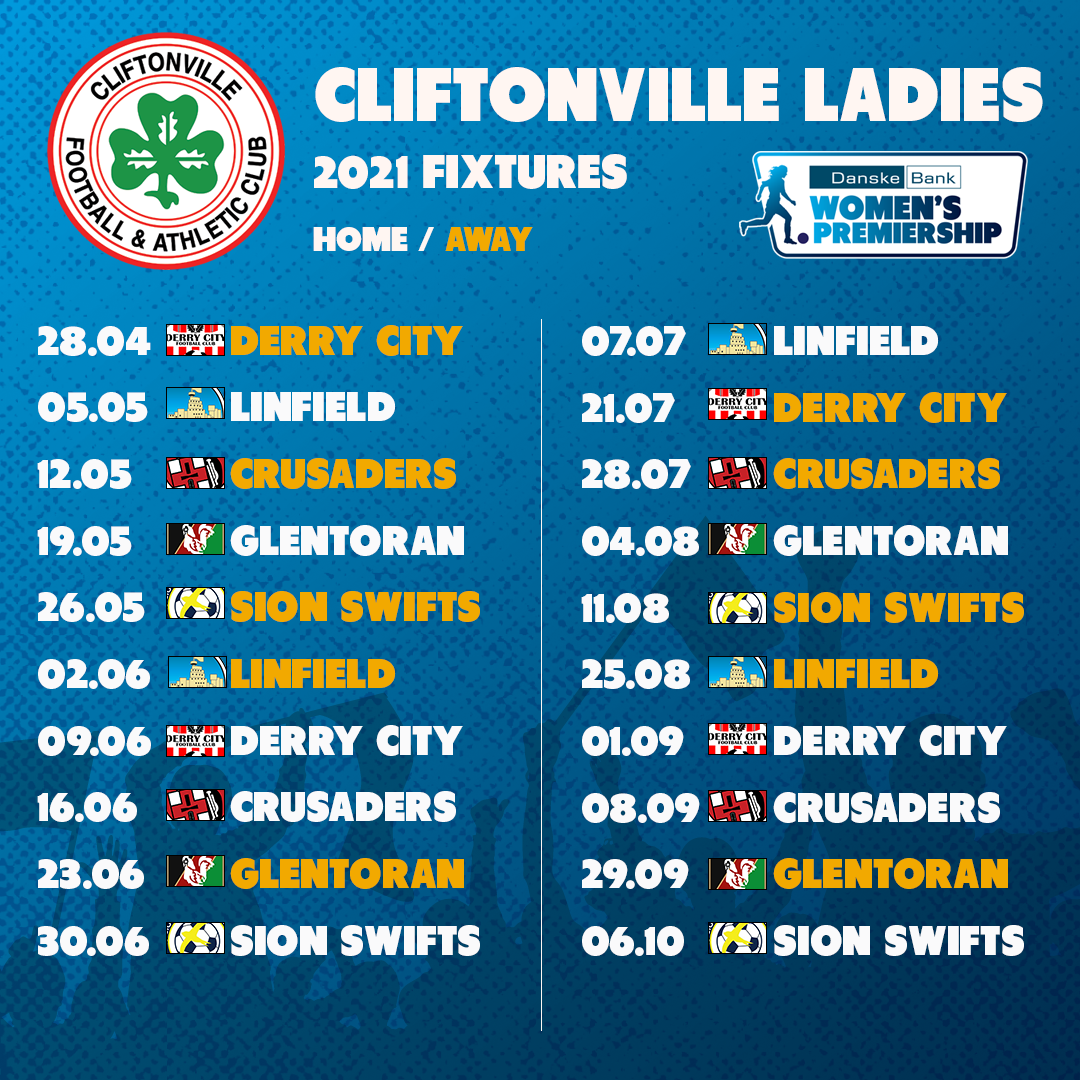 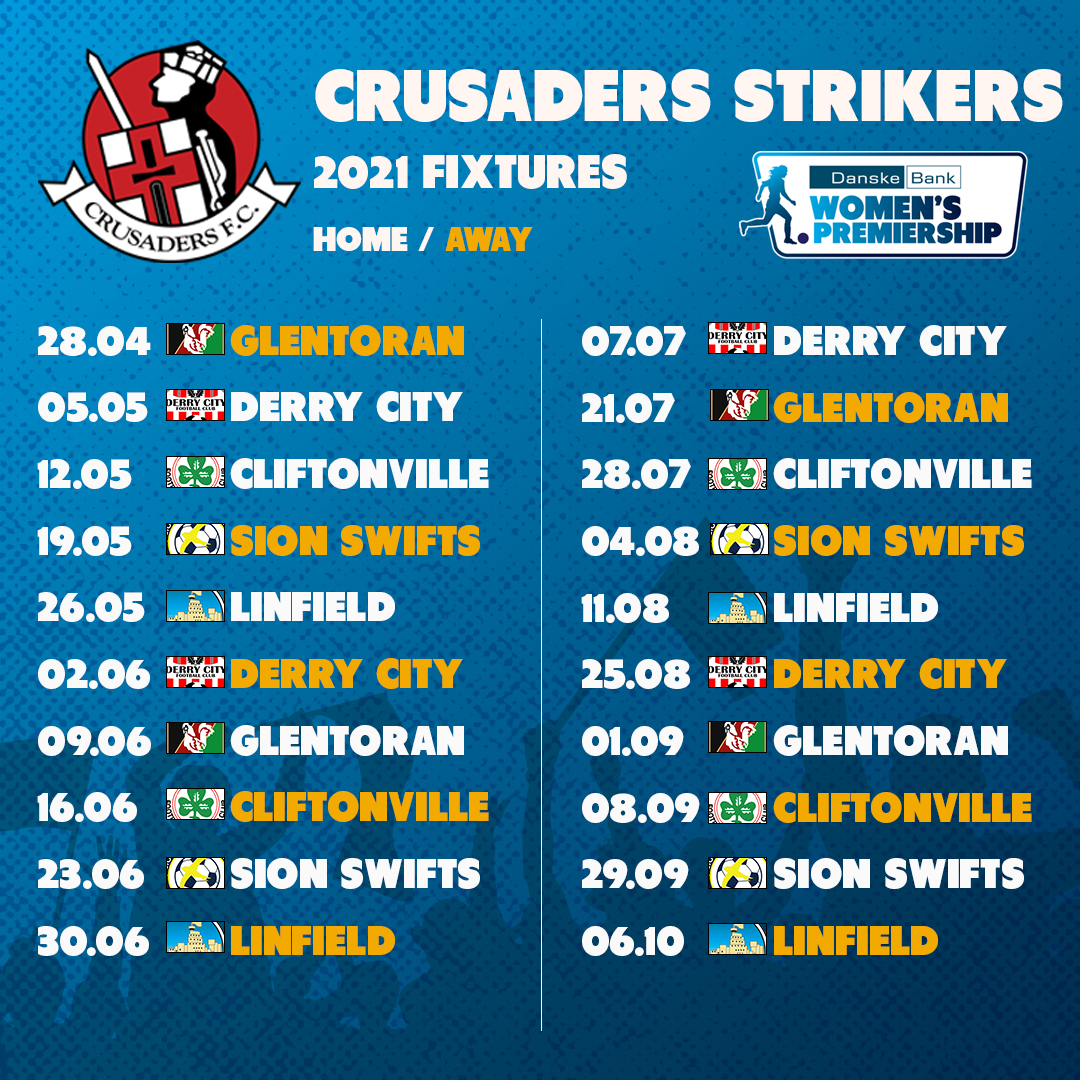 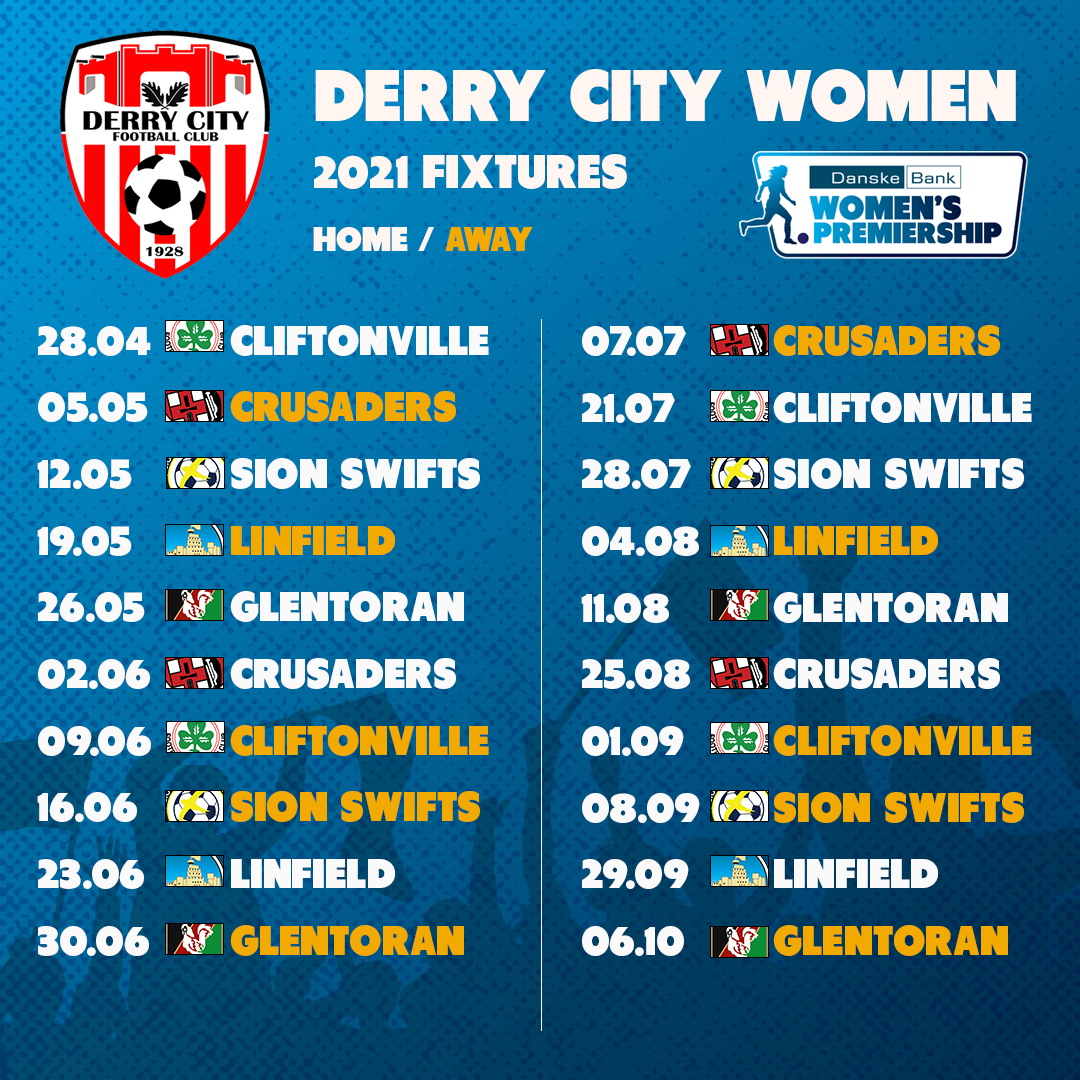 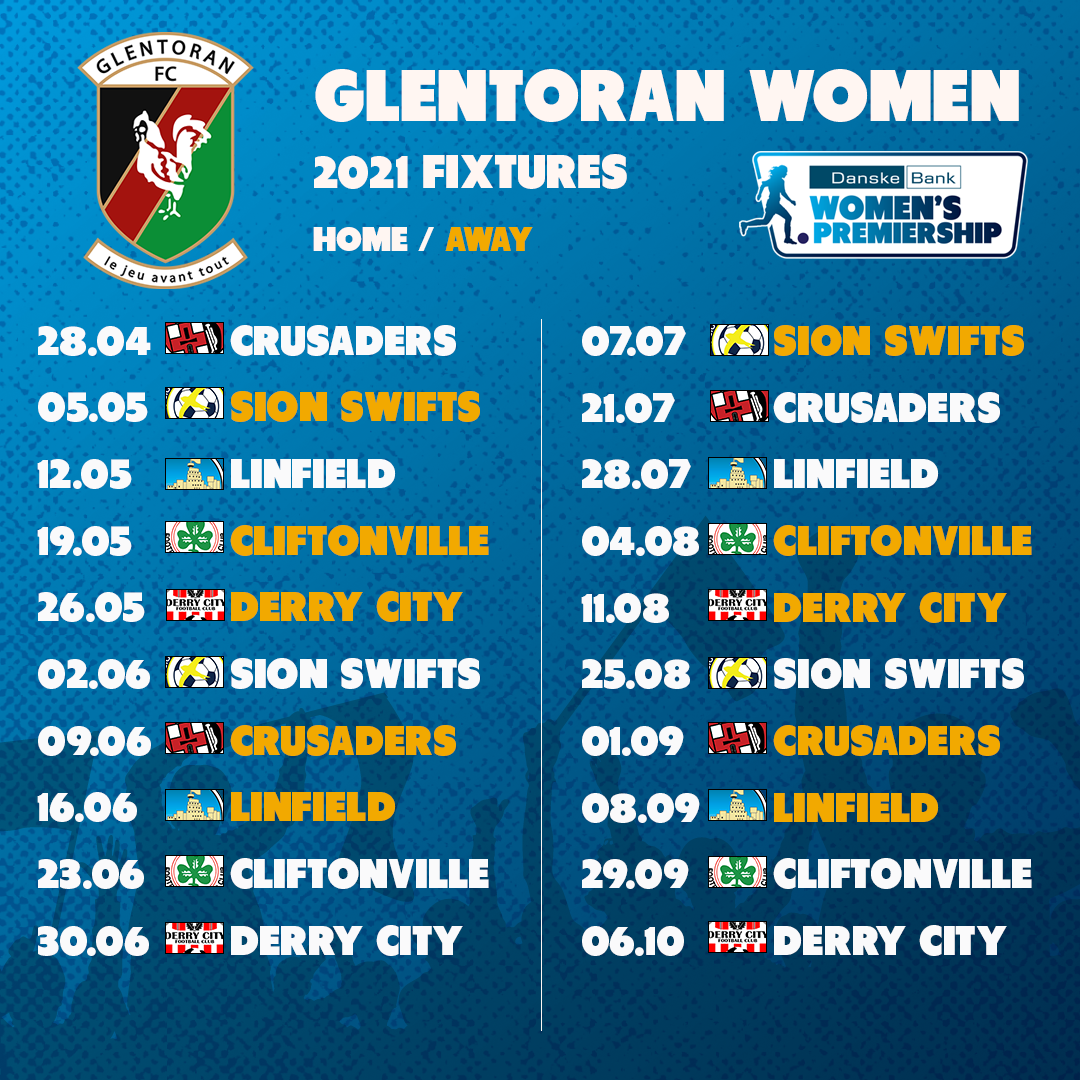 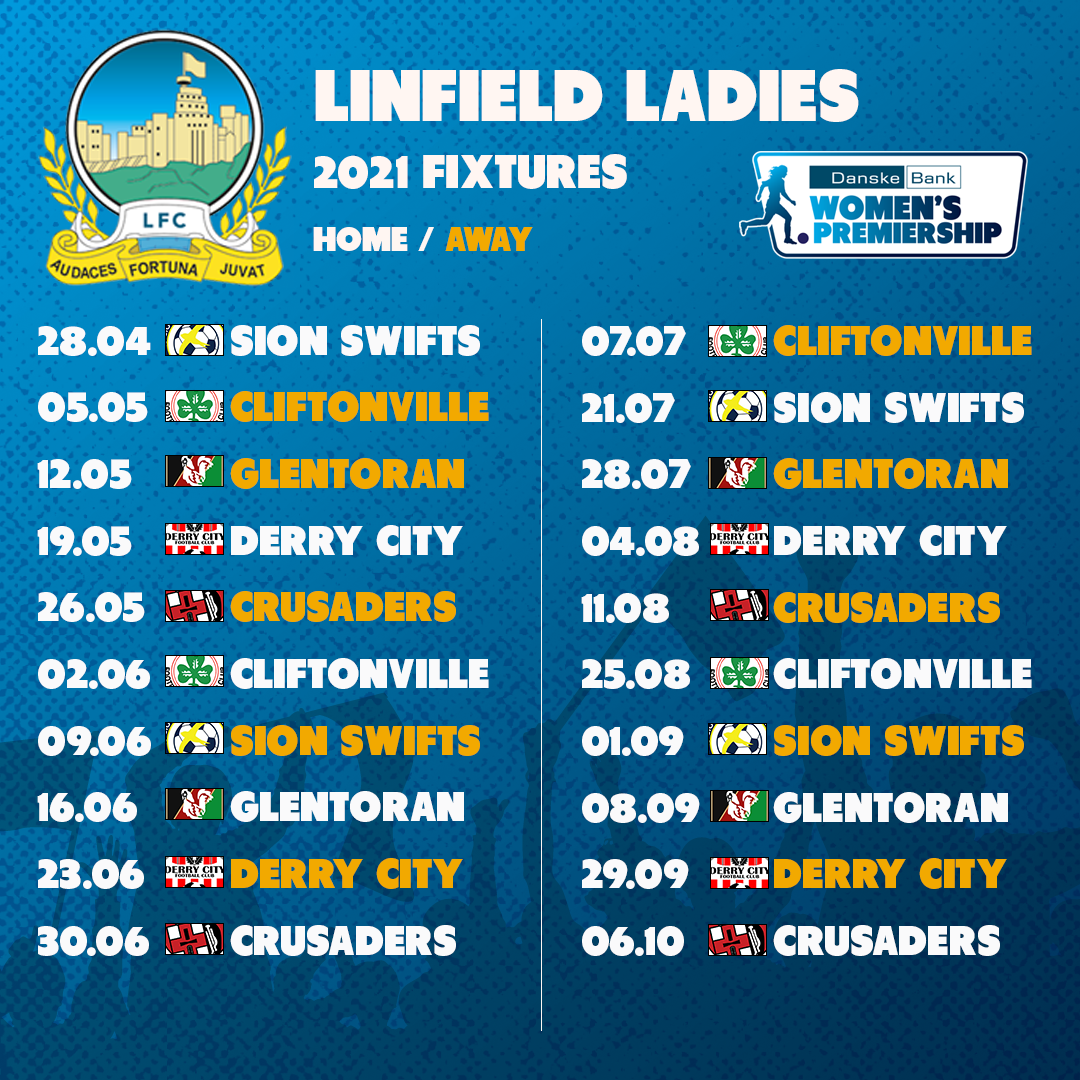 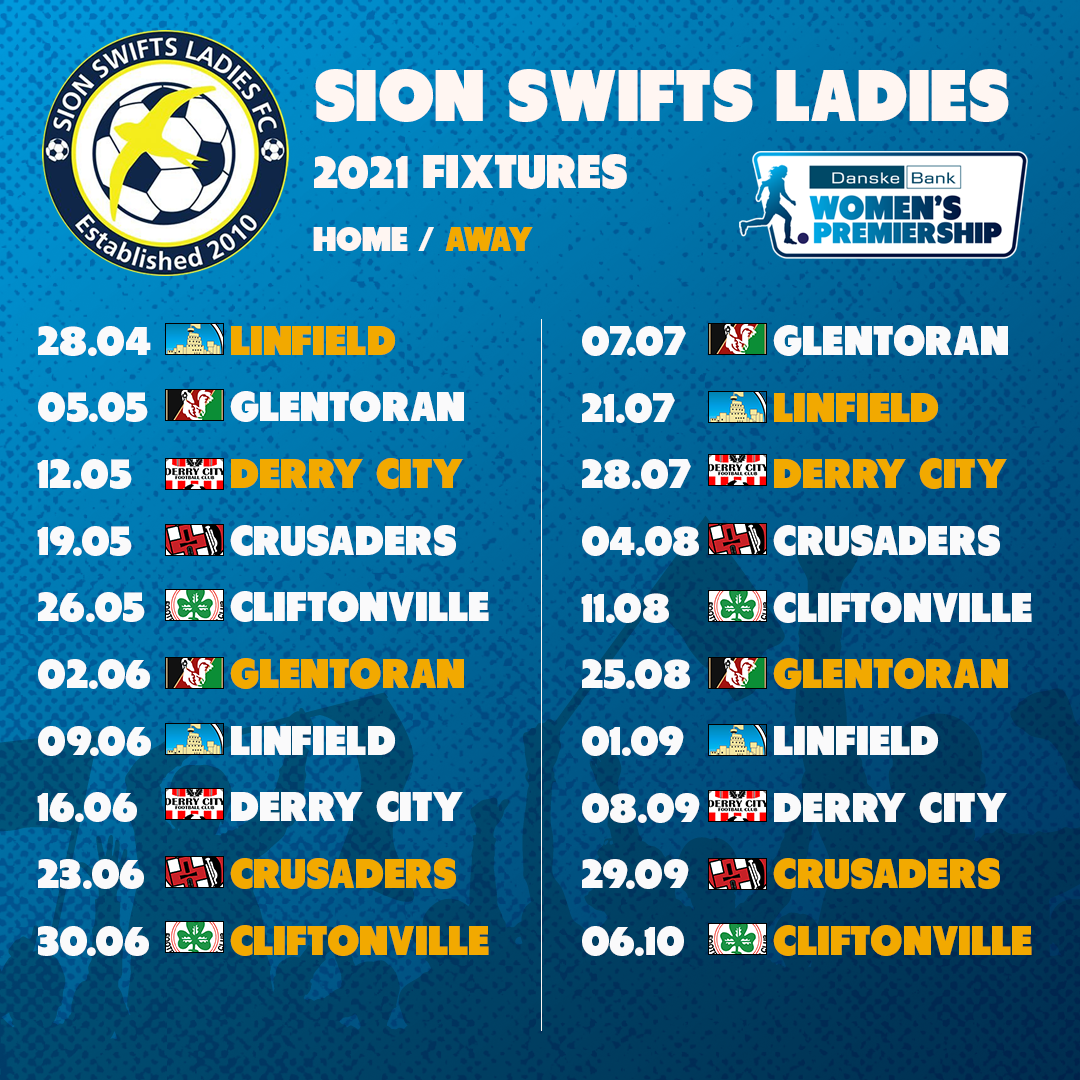