The recently capped Northern Ireland international opened the scoring as early as the fourth minute after controlling Joel Cooper's cross to turn the ball past Johnny Tuffey.

Cooper might have added a second on 11 minutes only to send an effort against the crossbar before, sixty seconds later, Lavery did make it 2-0 from Kirk Millar's right-sided delivery.

Then, remarkably, it 3-0 barely two minutes after that with a left-foot drive beyond Tuffey after Bastien Héry's initial blocked effort fell into his path.

Héry got on the scoresheet before the half-hour mark with a superb finish into the corner from the edge of the area after collecting a pass from the left.

Linfield's fifth came ten minutes into the second half when Cooper went on a run down the right before cutting in to send a left-foot shot past Tuffey at the near post.

Number six arrived just after the hour with Cooper again involved, this time supplying the cross which Jimmy Callacher clinically headed into the net.

The Glenavon woodwork was rattled again on 81 minutes through Stephen Fallon's 25-yard drive against the left post but, five minutes after that, substitute Andrew Waterworth completed the scoring with a close range header from another Millar cross. 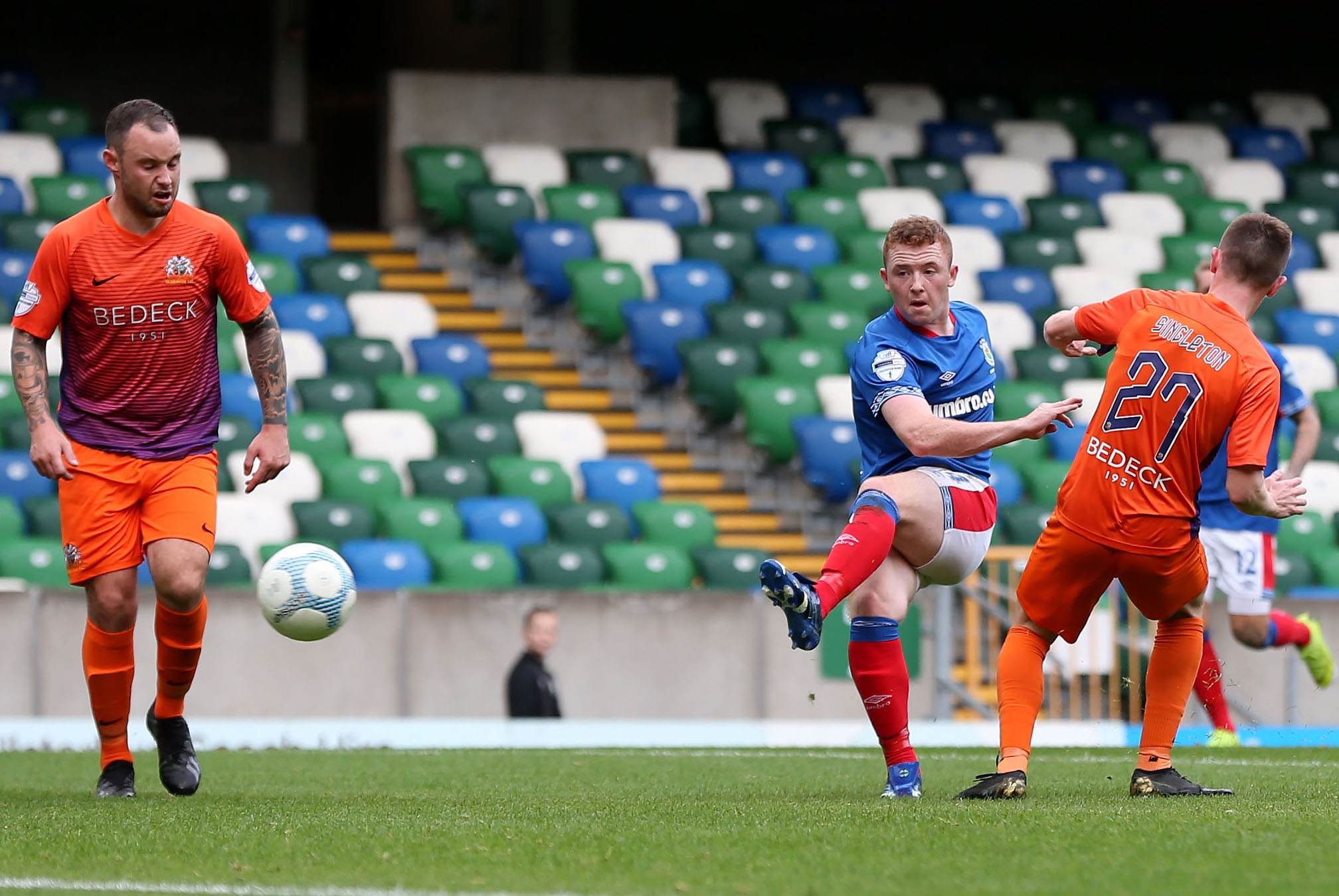 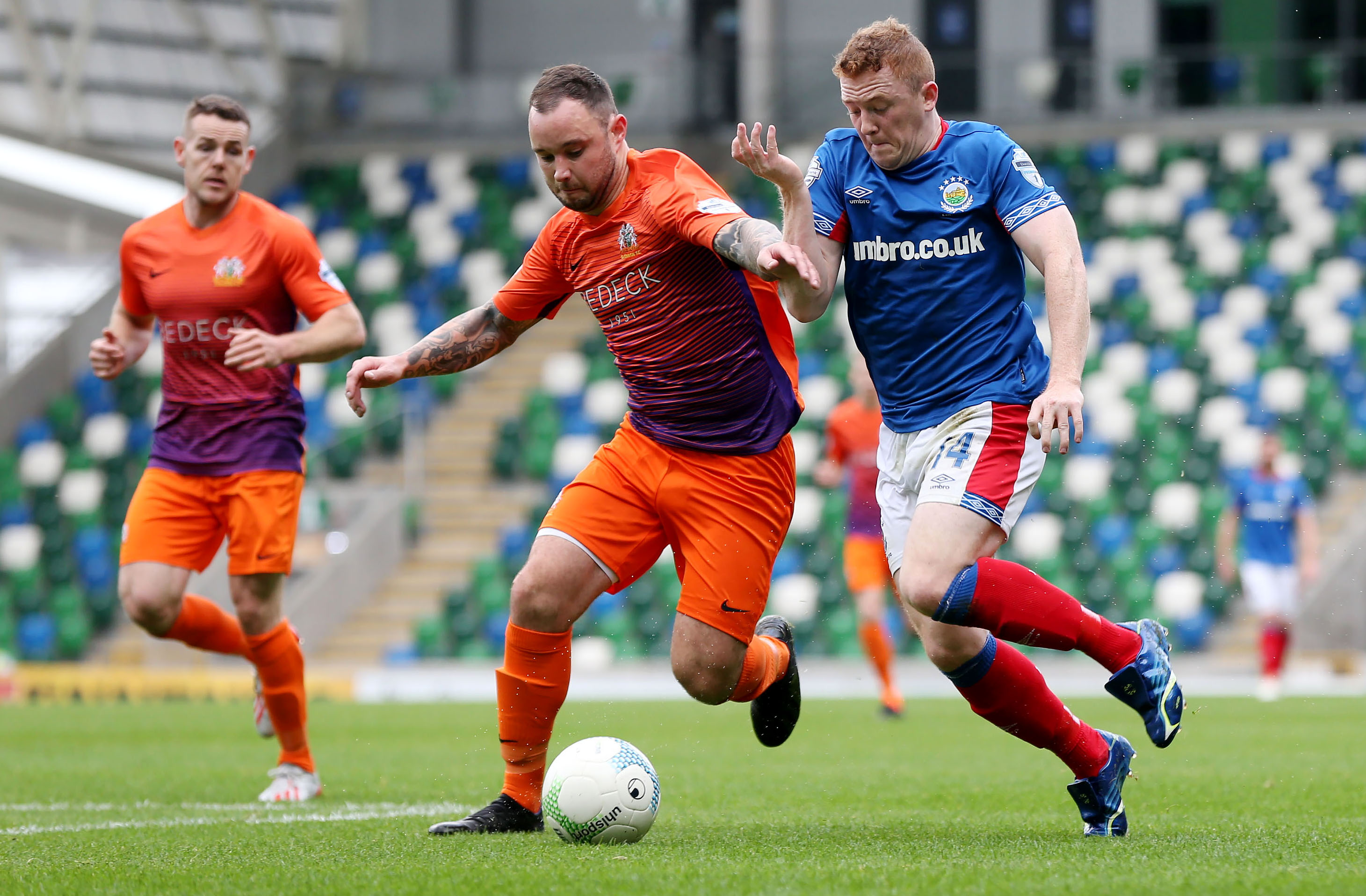 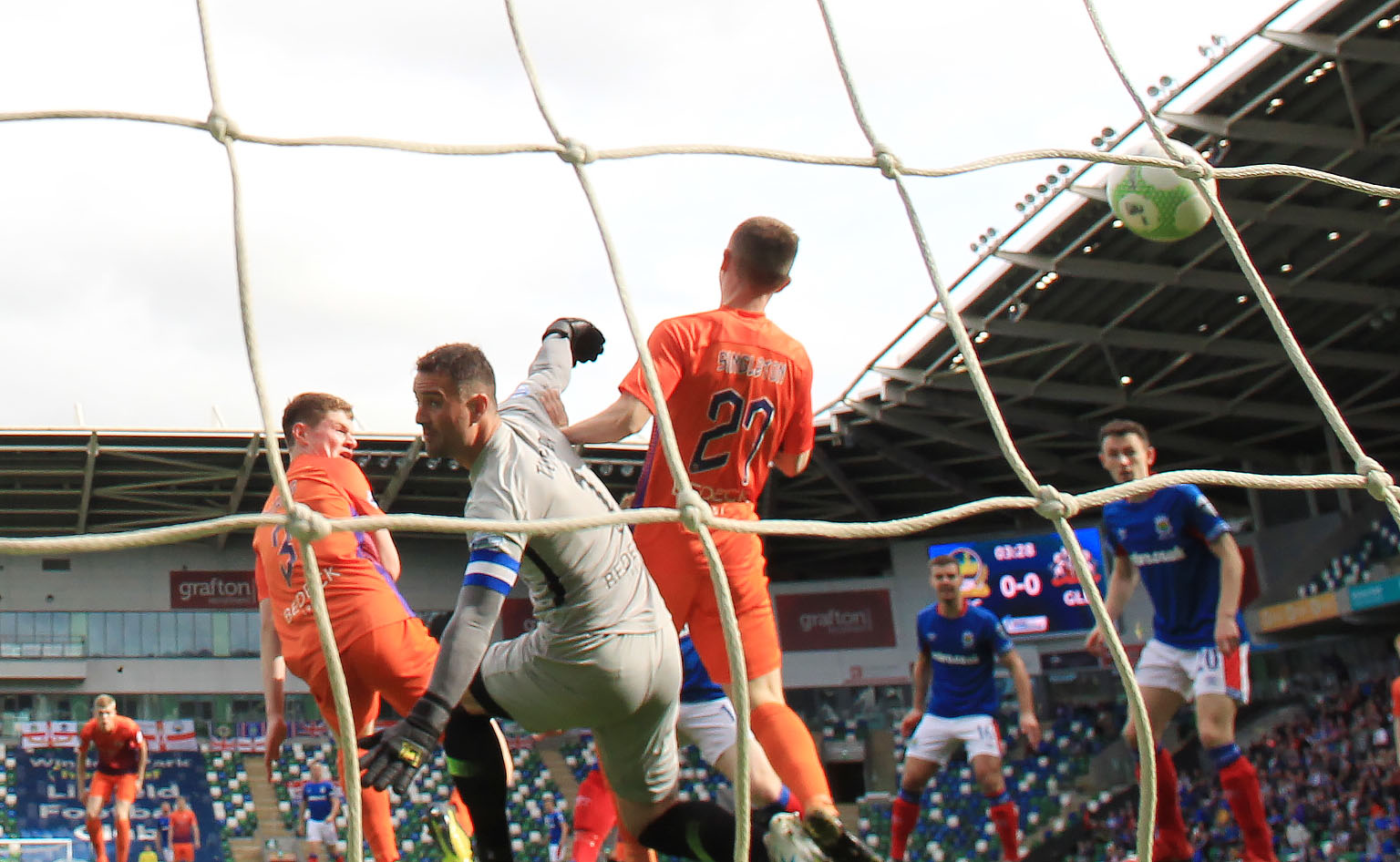 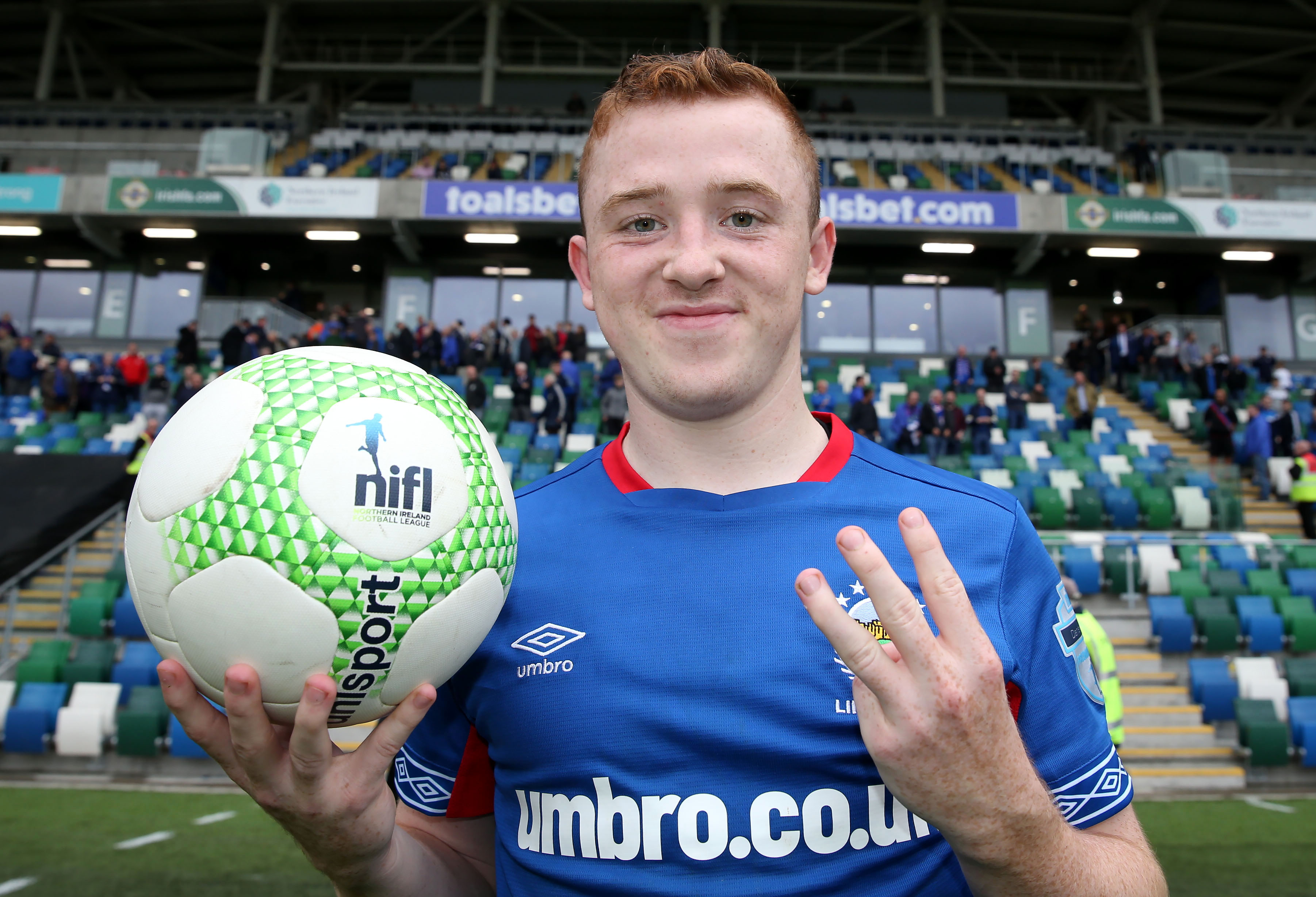 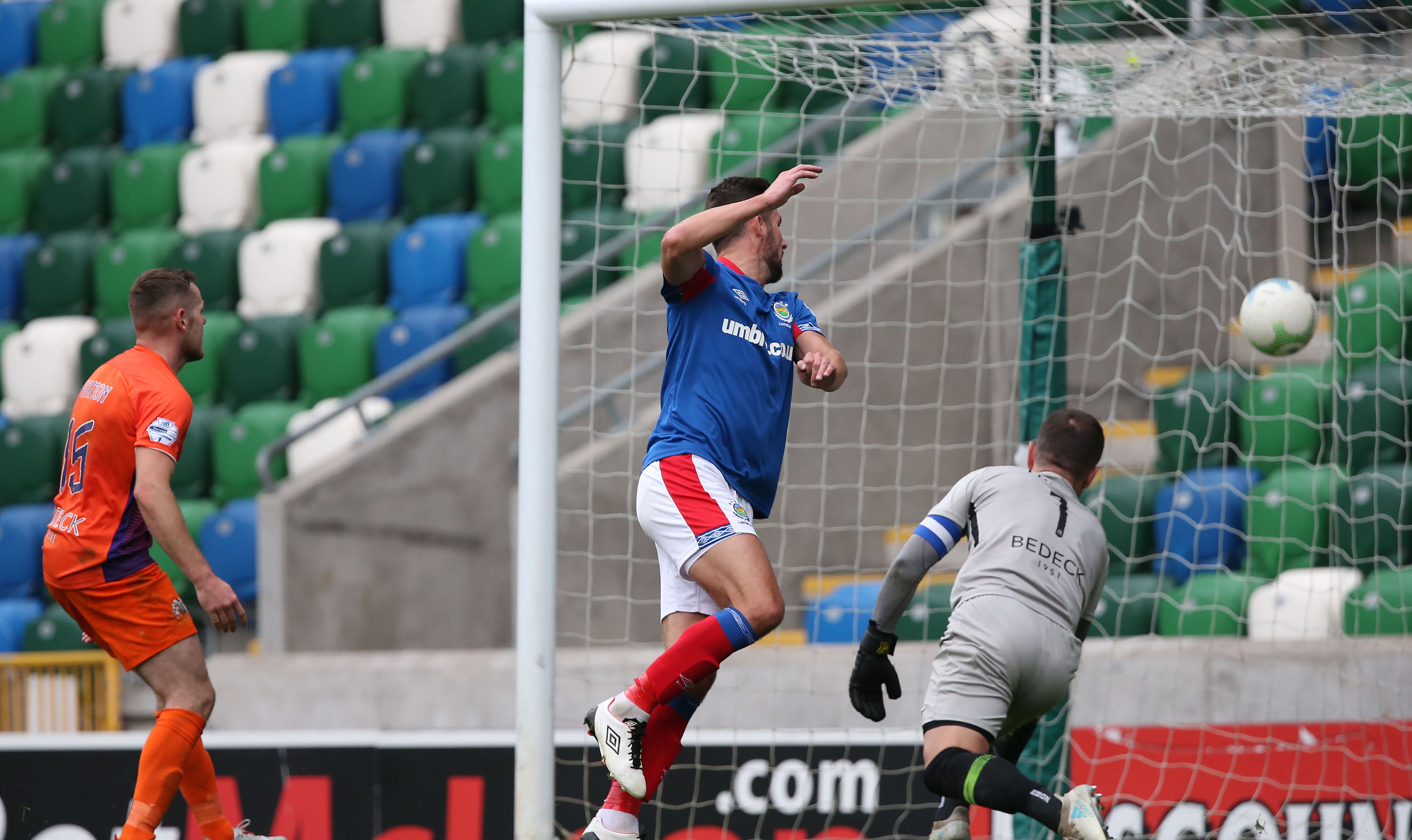 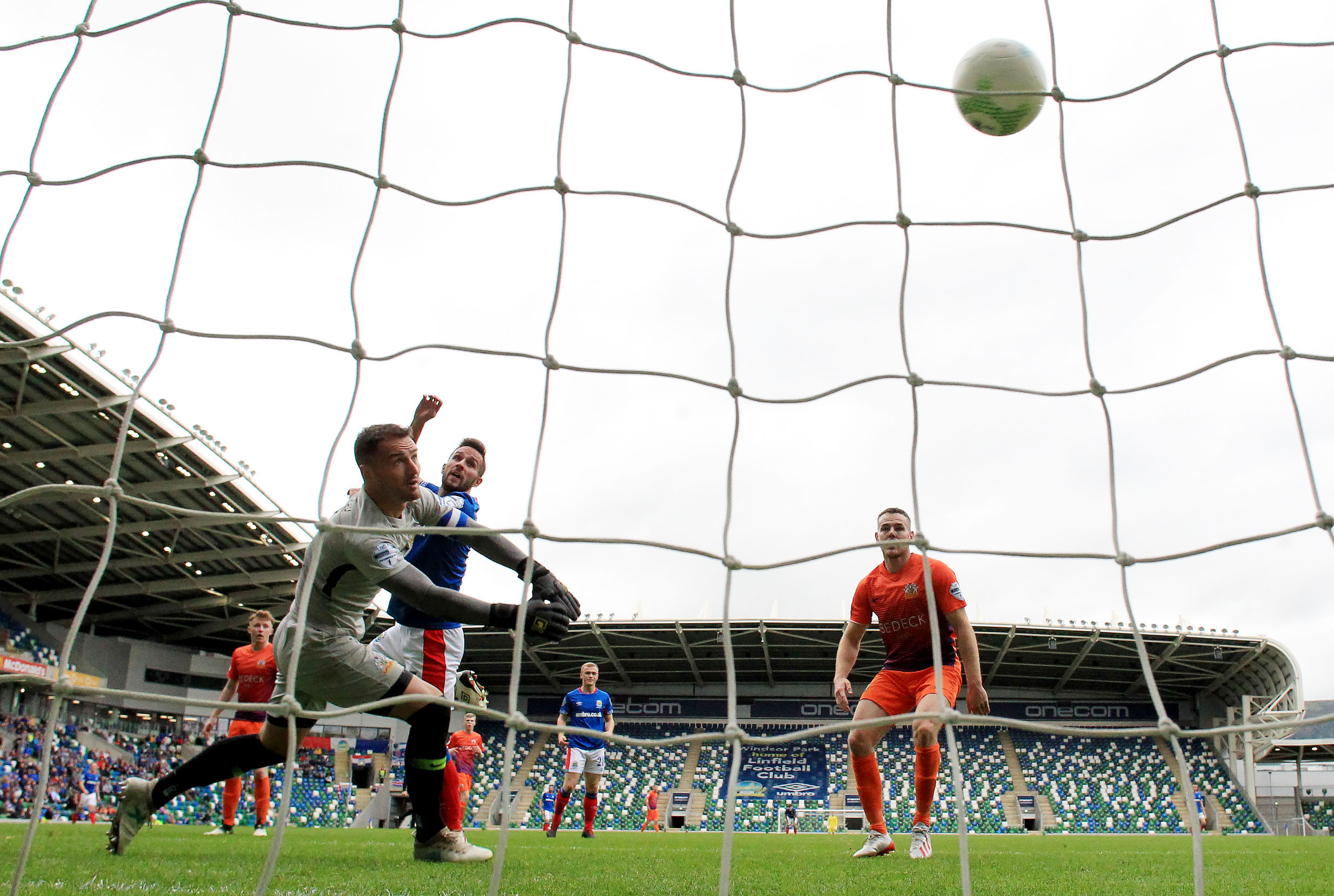