Larne slipped off the top of the table following this loss to Ballymena United at Inver Park.
It was Larne's first home reversal in over a year while it stretched United's current run of form to seven games without defeat.
The first half was a relatively low key affair although both sides weren't without their chances.
On 12 minutes David McDaid cut inside down the left to offer up a decent effort which just failed to find the target  while, late in the half, Martin Donnelly fired wide after a good build up.
For Ballymena Trai Hume miskicked a volley with the ball falling for the unaware Paul McElroy who could only send his attempt over.
The chances were more numerous after the break.
Ronan Hale tested Jordan Williamson from distance on 47 minutes with McDaid then having another chance from the edge of the area soon after.
Then, on 55 minutes, Donnelly came closest to breaking the deadlock after striking the left post from the loose ball after Mark Randall's initial effort had been saved.
At the other end Ciaran Kelly connected with Ross Redman's right-sided corner but Randall was on hand to clear the danger off the line.
Donnelly had another great chance again with a shot from range from Randall's pass but Williamson produced an excellent save, while not long after that, Donnelly had another chance blocked with Randall then seeing a 25-yard effort drop past the right post.
Larne kept knocking at the door, and appeared to have found a way through on 77 minutes when McDaid's back heel was cleared off the line by Kofi Balmer.
But, then, with ten minutes remaining, Balmer punished Tiernan Lynch's side again with what proved to be the winner with a nodded finish past Conor Devlin after Redman had whipped over a free-kick from out on the left.
Larne: Devlin, Watson, Robinson, Sule, Randall, Hale, McDaid, Donnelly, Cosgrove, Hughes, Jarvis subs C. Mitchell (not used), Scott (not used), Lynch (not used), A. Mitchell (replaced Hughes 38), McKendry (replaced Jarvis 88), Wade Slater (not used), McMurray (replaced Hale 62)
Ballymena United: Williamson, Redman, Addis, Winchester, McElroy, McCartan, Balmer, Hume, Millar, C. Kelly, J. Kelly subs Glendinning (not used), T. Kane (not used), McKeown (not used), Harpur (not used), K. Kane (not used), Waide (replaced McElroy 78), Ervin (not used) 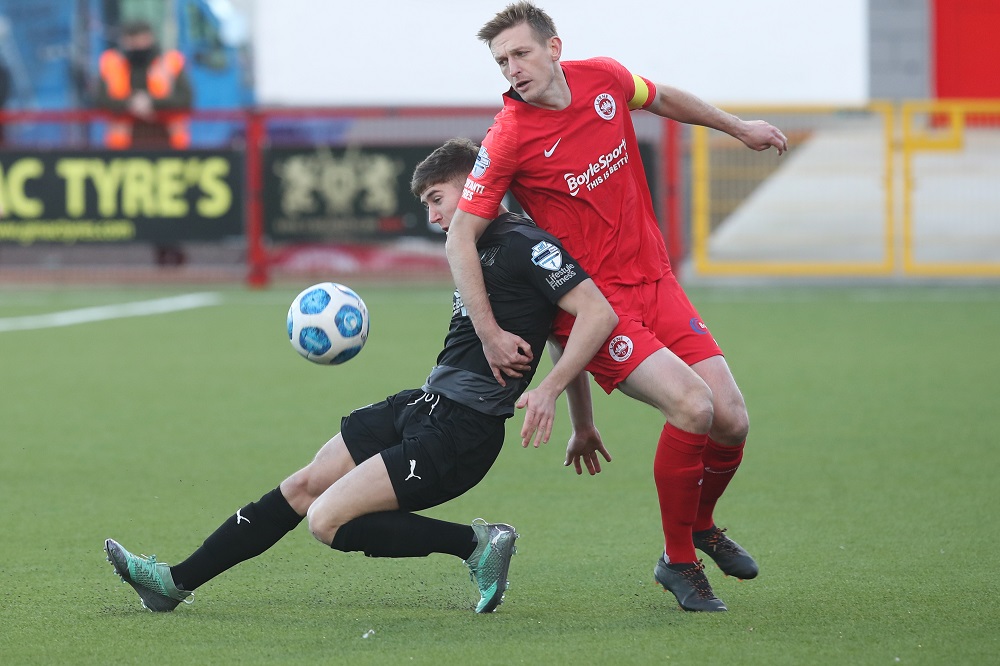 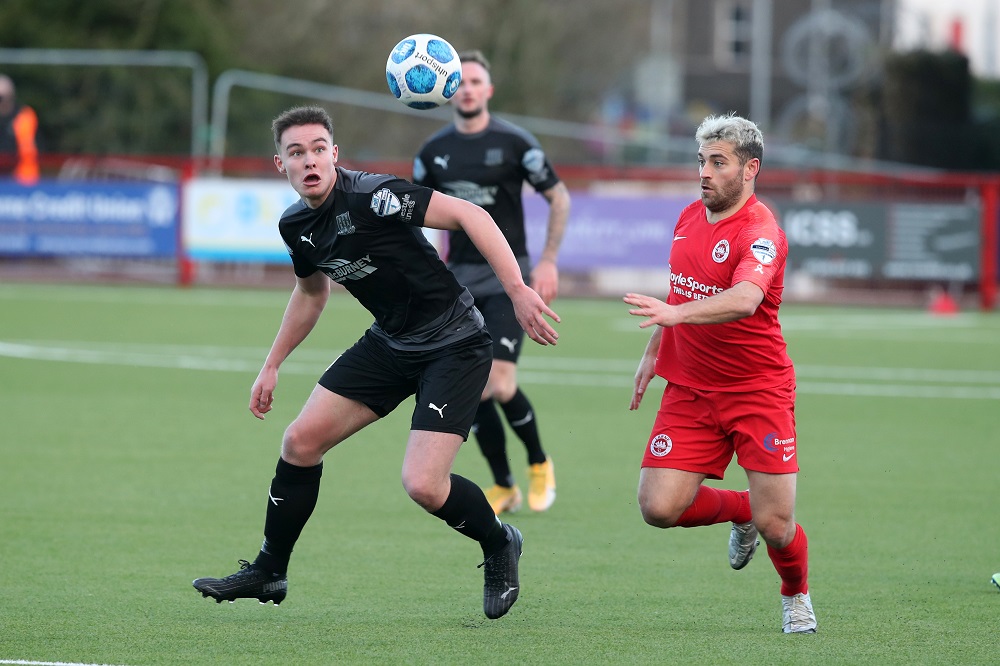 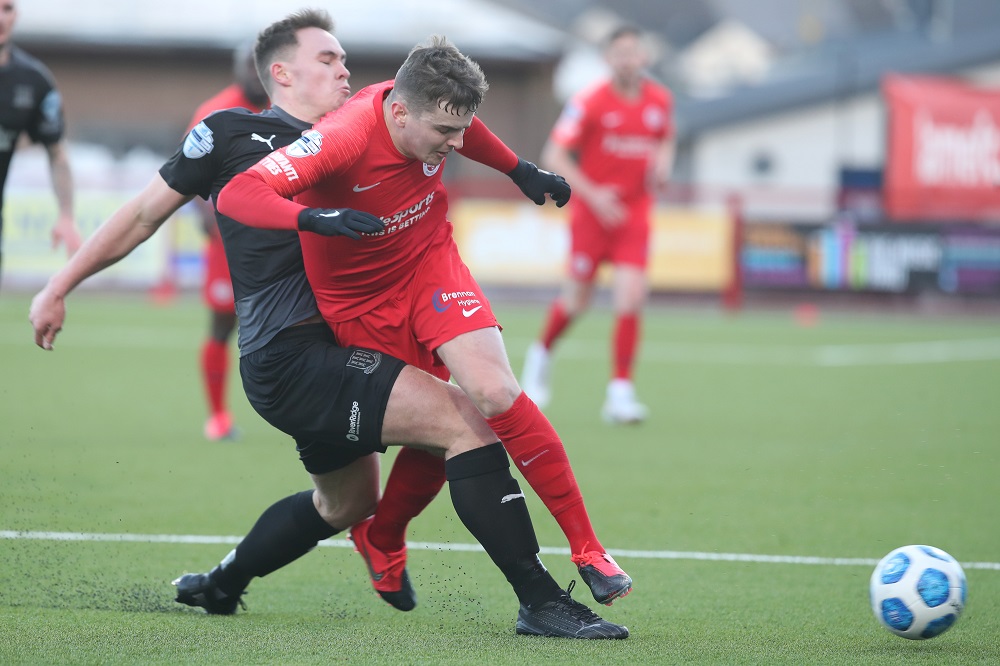 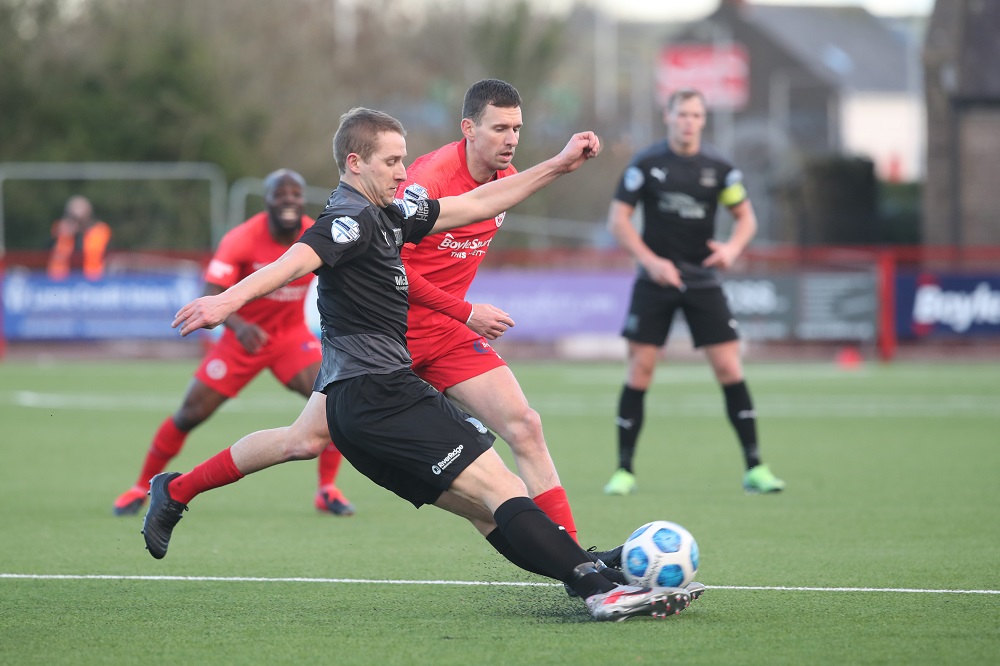 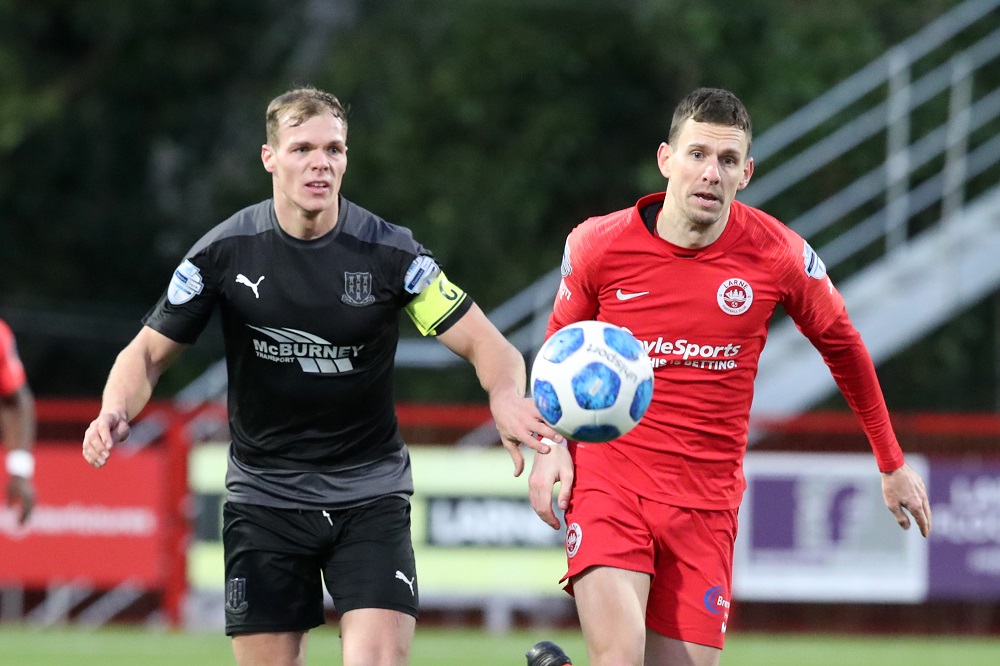 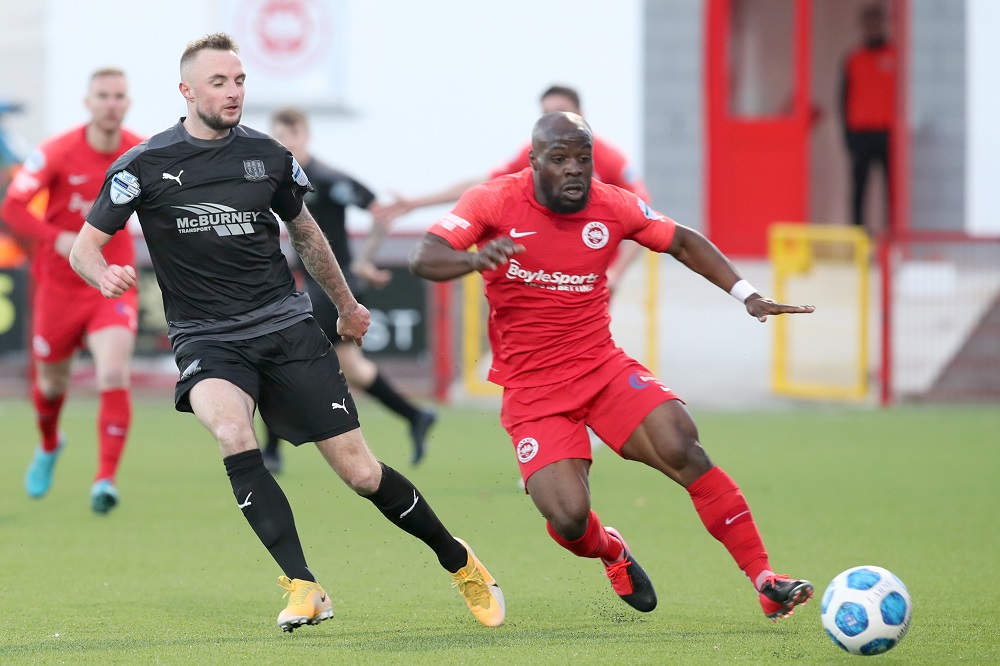