Crusaders picked up their first points of the new campaign with a sweeping four-goal victory over Portadown at Seaview.
Stephen Baxter's side got off to a bright start and almost seized the early advantage when Paul Heatley found himself one-on-one with Harry Doherty but his attempted finish was poor allowed the Ports keeper to gather.
However, Heatley atoned for that miss with just over half-an-hour on the clock. On this occasion he connected with a Declan Caddell's left-sided cross to glance a headed finish beyond Doherty and into the net.
The Crues doubled their lead on 56 minutes courtesy of substitute Johnny McMurray with a back post finish from Ben Kennedy's delivery.
That opened the floodgates with Billy Joe Burns adding a third five minutes later with a looping header over Doherty from an acute angle out on the right.
And another goal followed on 66 minutes, Kennedy getting in on the act this time at the near post following a one-two to open the Ports defence.
There was almost a fifth in stoppage time but McMurray's effort from distance rattled an upright.
Crusaders: Tuffey, Burns, Weir, Kennedy, Frazer, Caddell, O'Rourke, Owens, Larmour, Heatley, Robinson subs Hegarty (replaced Burns 75), Lecky (replaced Owens 68), Doyle (replaced Frazer 72), Thompson (not used), Holland (replaced Weir 68), McMurray (replaced Heatley 46), Shields (not used)
Portadown: Doherty, Hall, Ruddy, McCallum, Finnegan, Tipton, Bonis, Jackson, Croskery, Teggart, McLeod subs Brown (not used), Salley (replaced Jackson 63), Conaty (replaced Tipton 78), Jordan (not used), Murphy (replaced McCallum 75), Creighton (not used), Baird (not used) 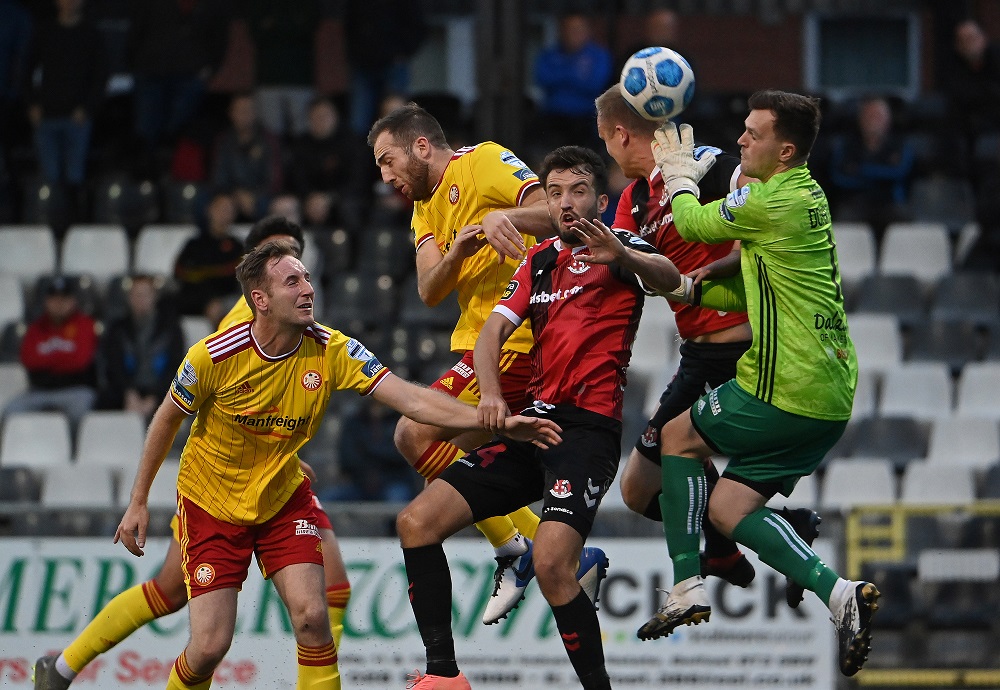 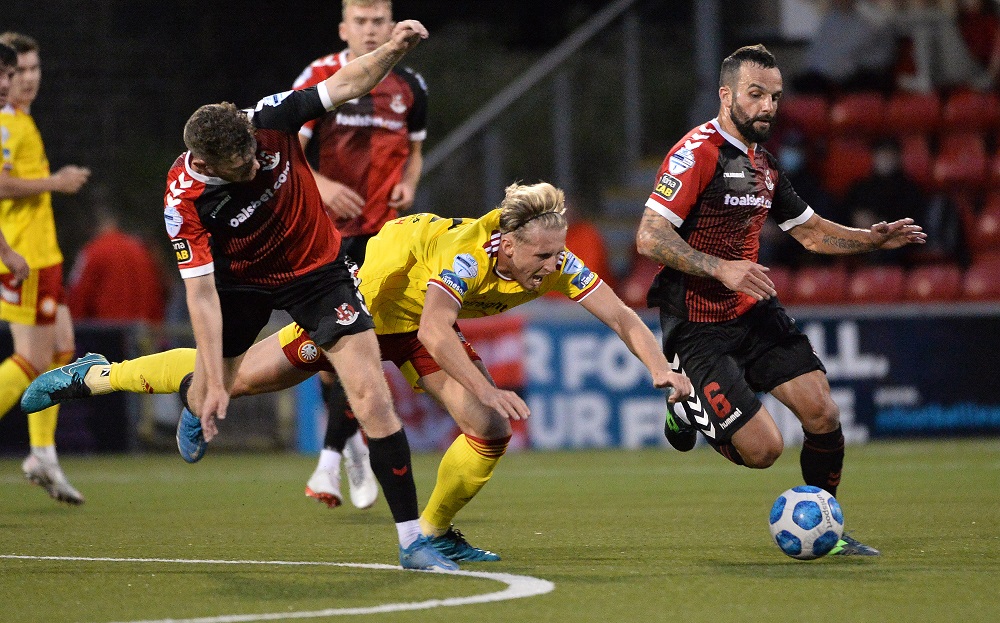 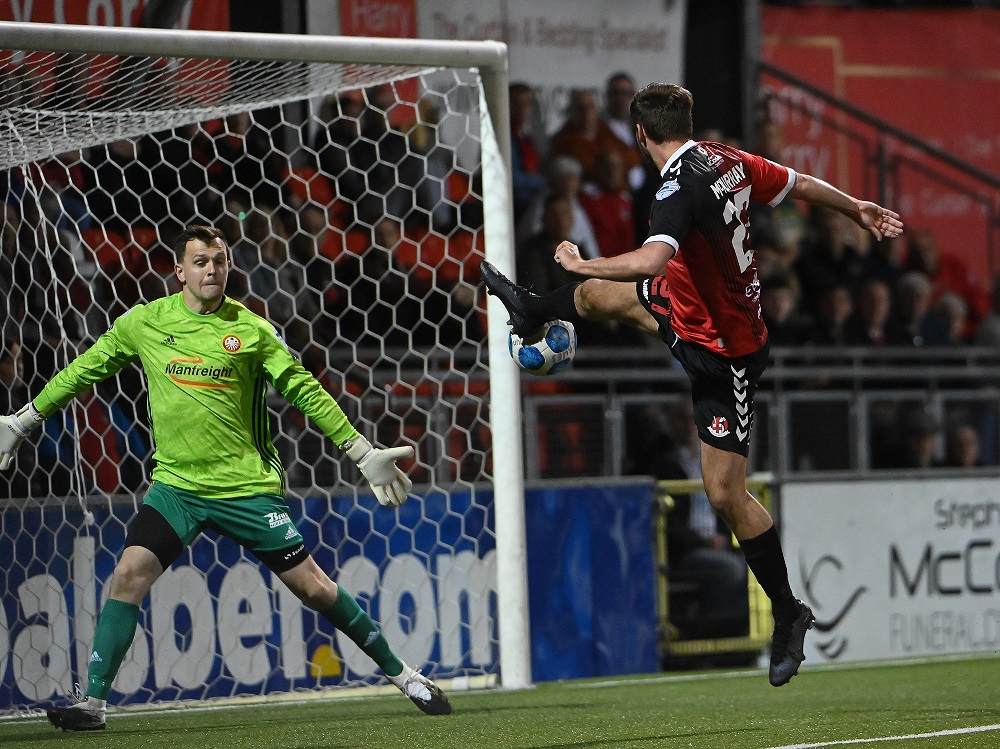 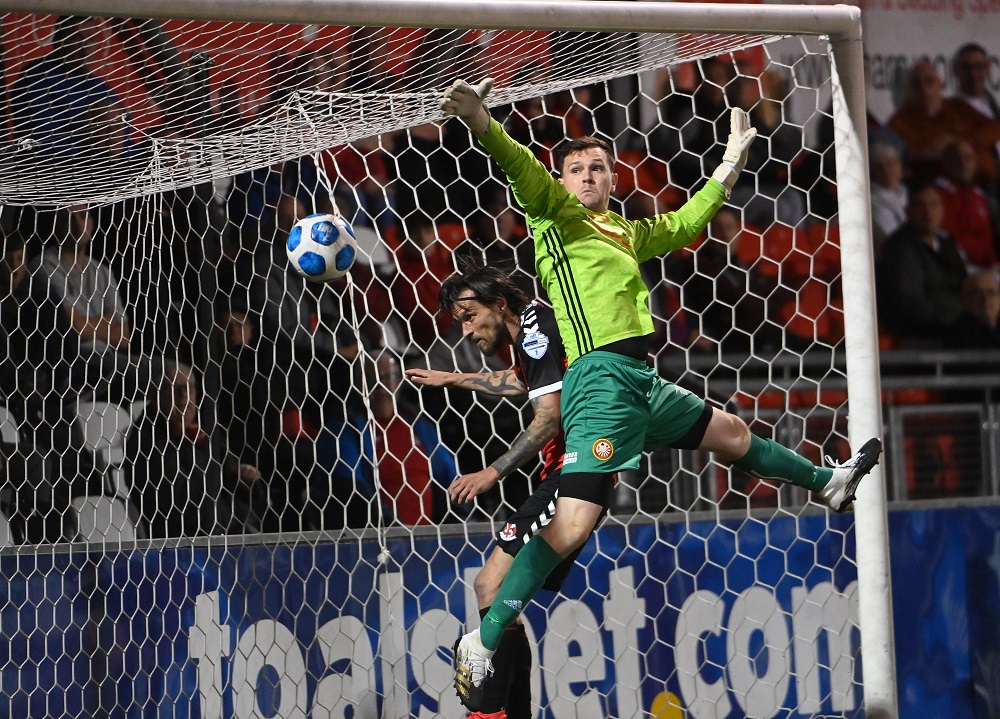 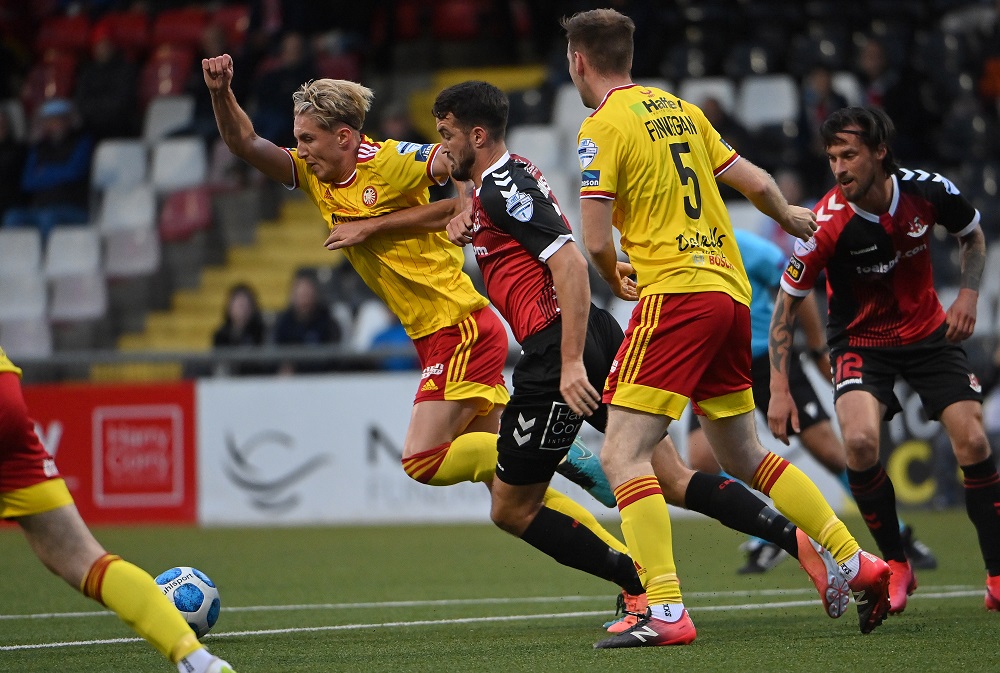 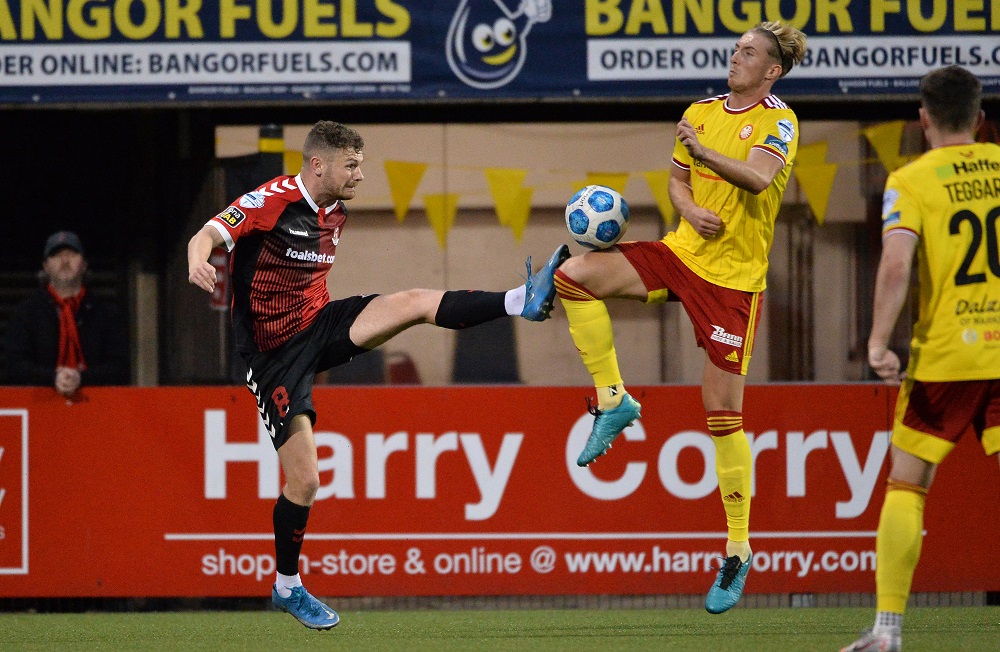