CLARKE AND GREEN ON TARGET FOR BLUES

Linfield stretched their unbeaten start to the campaign to ten games following a three-goal defeat of Dungannon Swifts at Windsor Park.

Following a cautious start to the game from both sides it fell to the Blues to open the scoring when Matthew Clarke curled a 16th minute effort past Niall Morgan after the ball was deflected into his path inside the box.

Jimmy Callacher came close to adding a second midway through the first half but his header from Kirk Millar's corner dropped just wide of the target.

The Blues were denied on 38 minutes when Christy Manzinga's was blocked on the line by Oisin Smyth with Manzinga threatening again soon after from Chris Shields' cross to the near post.

And Manzinga had another chance just before the break but his goalbound volley was well tipped over by Morgan.

Dungannon crafted a couple of efforts in the second half with Ryan Mayse testing Chris Johns with a left-foot strike while Darragh McBrien later fired over from a good position.

But Linfield doubled their advantage with nine minutes left through Matt Green who slotted home from Millar's lay-off.

Green then added a third for the Blues four minutes after that, again from a Millar cross, when the ball slipped through Morgan's grasp. 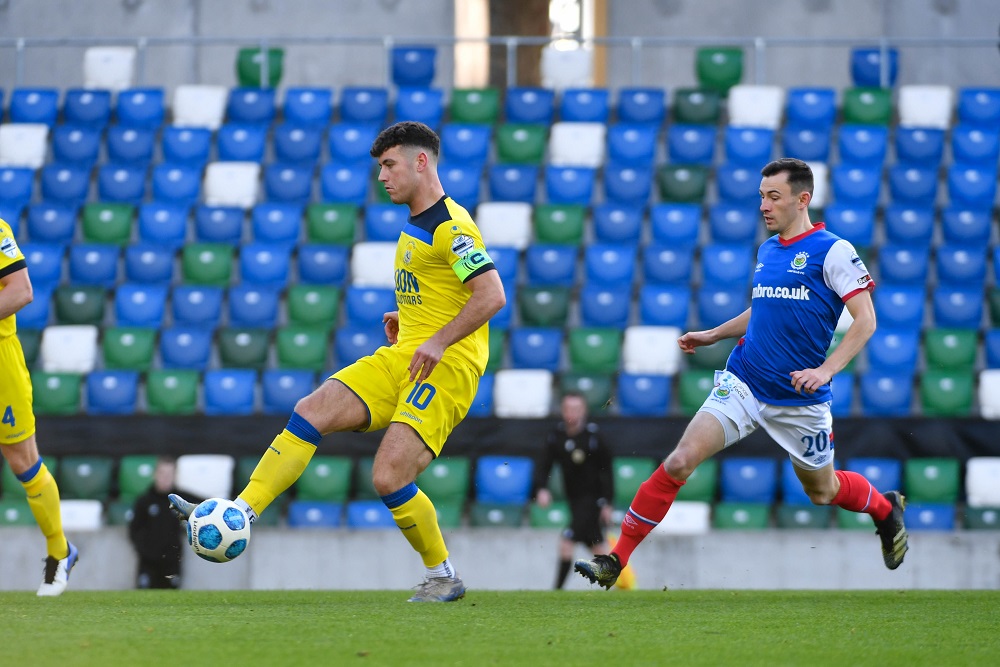 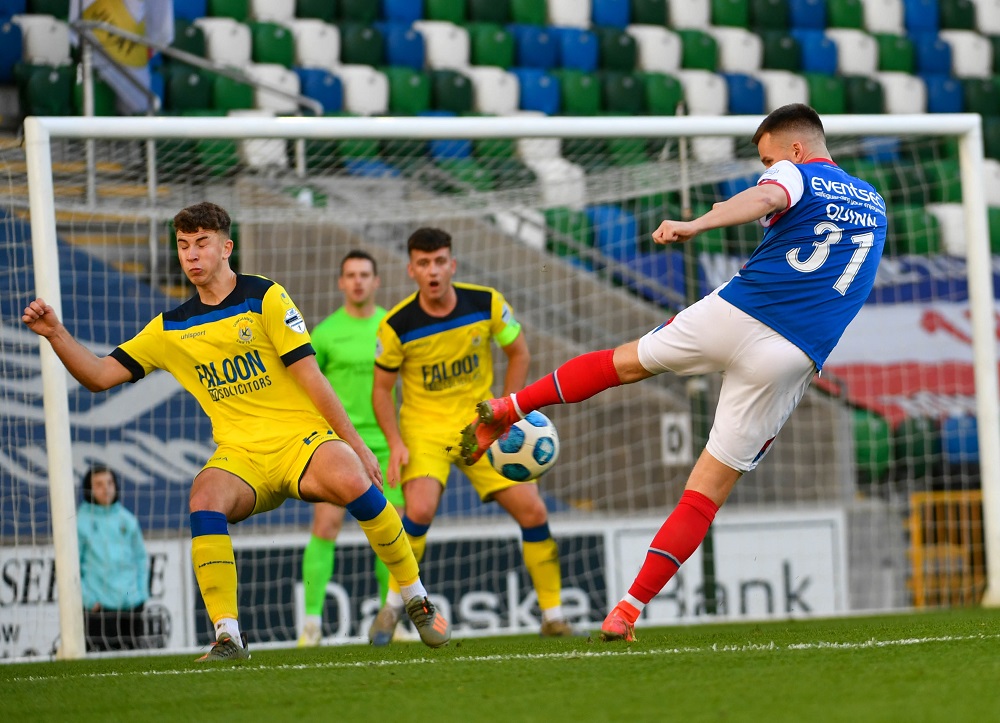 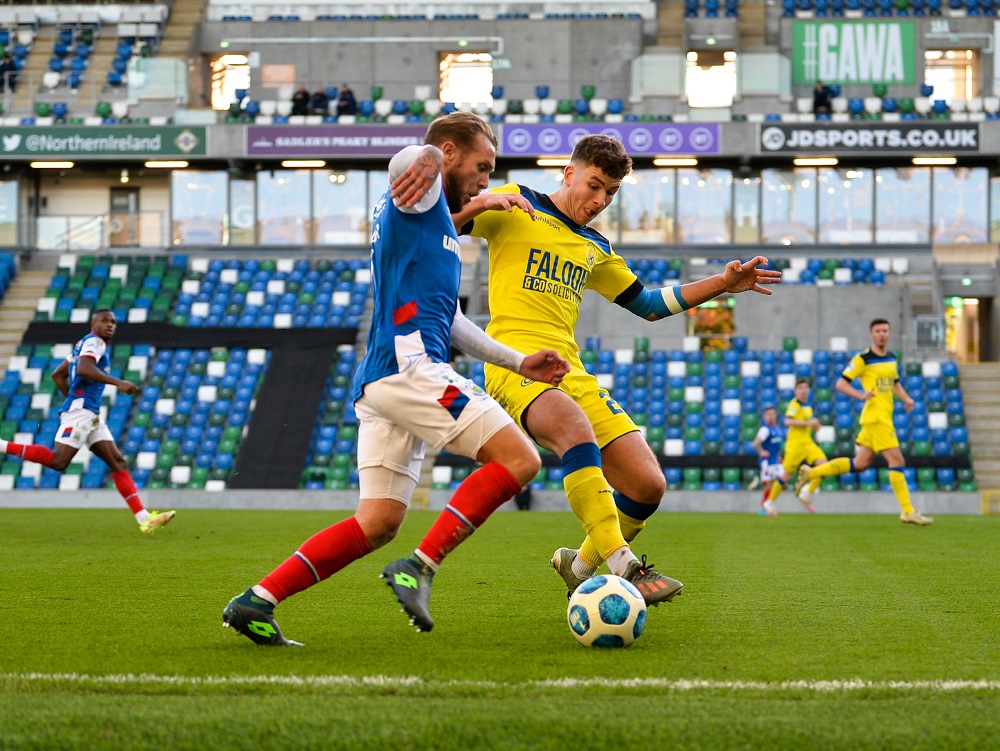 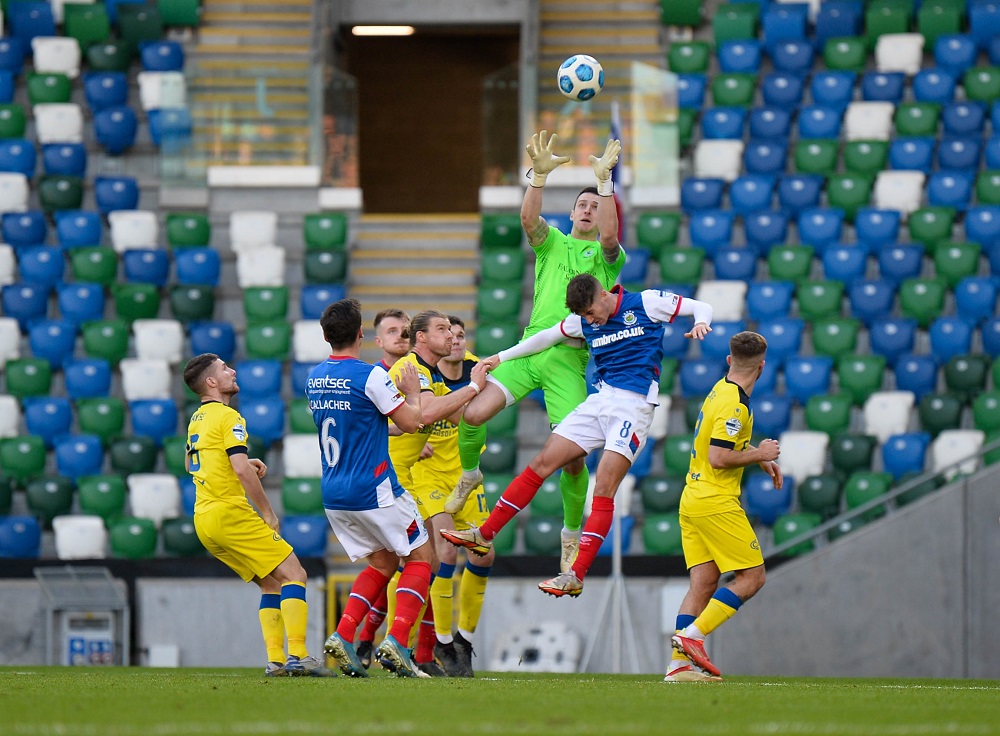 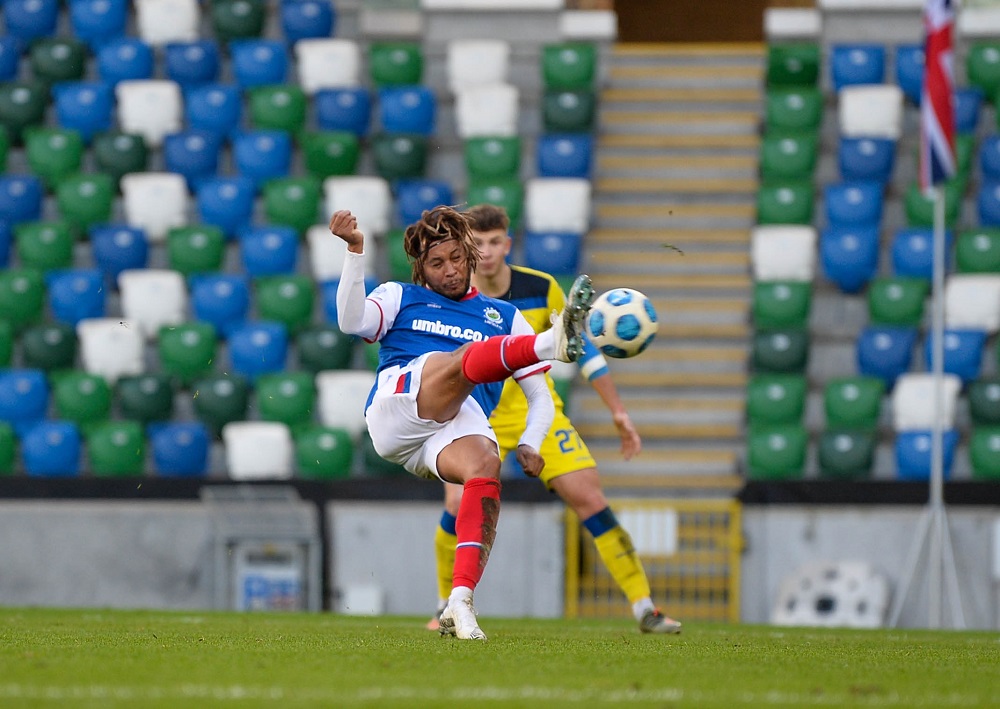 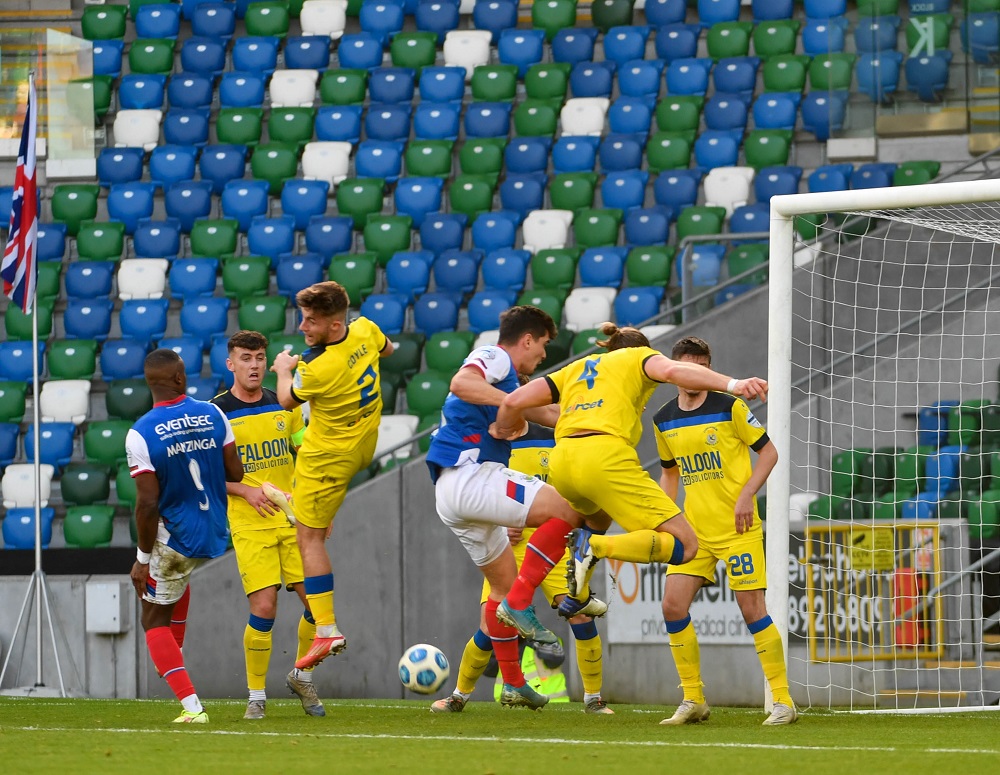