Defending champions Glentoran Women came from a goal down to rescue a point away to Linfield Ladies as Northern Ireland international Samantha Kelly netted a late equaliser to cancel out Rebecca Bassett’s first half strike for the Blues.
Linfield had been edged out by Cliftonville the previous week but went toe-to-toe against the Glens in a superb end-to-end encounter with both sides creating plenty of chances to win, but ultimately the spoils were shared.
Jessica Foy fired over for the Glens in the 25th minute but it was the Blues who took the lead when Bassett finished in style after Rebecca McKenna created the opening.
Bassett had another chance early in the second half but her effort flew over the par before both Kerry Beattie and Kelly rattled the post for the visitors.
Kelly equalised with seven minutes remaining with a left-footed effort and she could have won the game late on but was denied by a brilliant save from the home side’s goalkeeper Nicole Adams.
Linfield Ladies: Adams, Fitzsimmons, McFrederick, Hutton, Carleton, Bassett, Smyth, Burrows, McKenna, Donnan, McMaster subs Moore (replaced Bassett 86), Dempster (not used), Morgan (not used), Dickson (replaced Donnan 77), Leckey (not used)
Glentoran Women: McKinnon, Timoney, Foy, E. McMaster, Caldwell, A. McMaster, Kelly, Andrews. Maxwell, Beattie, Bailie subs Rogan (not used), McKearney (not used), Mervyn (not used), Marshall (not used), Dunne (replaced A. McMaster 76) 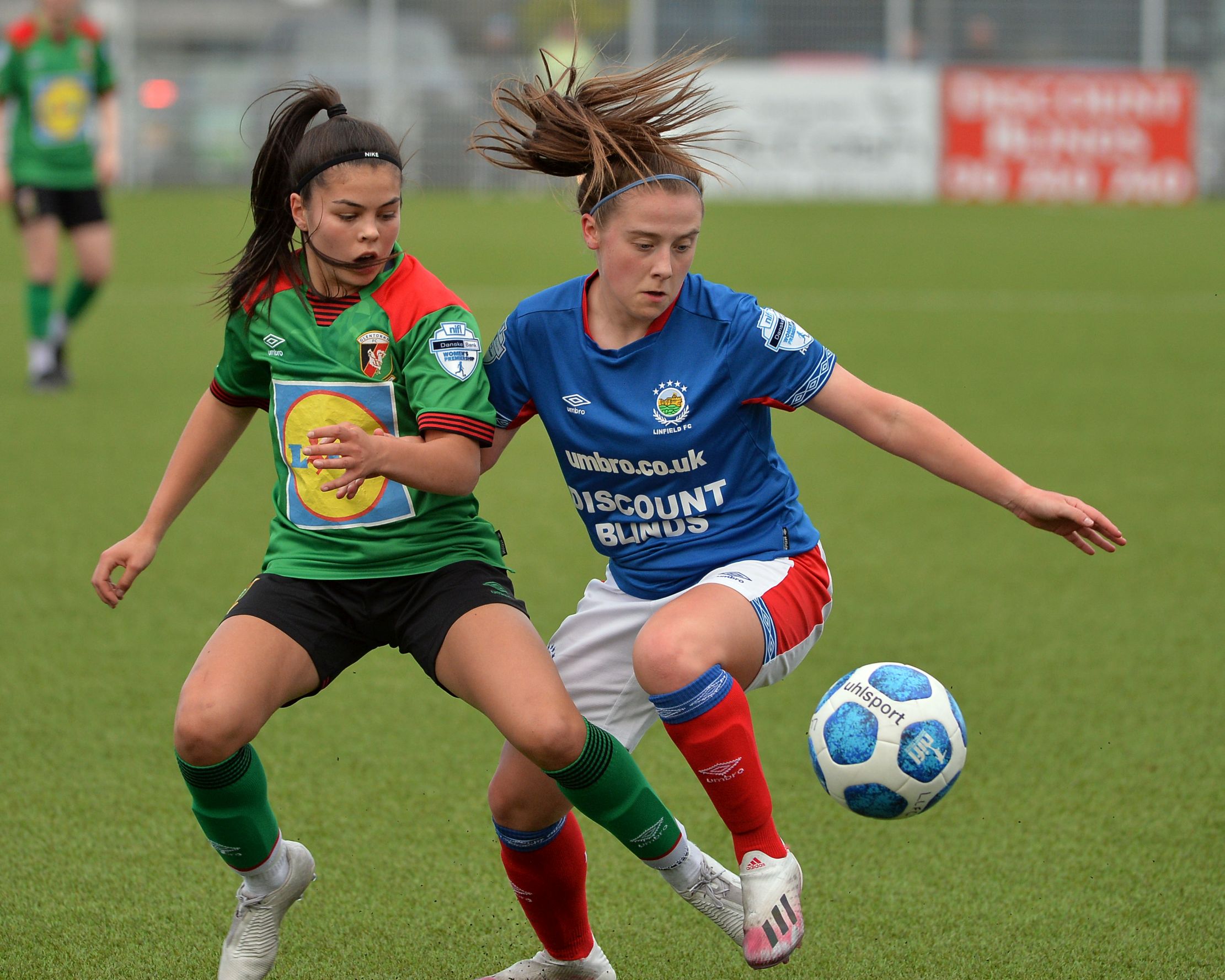 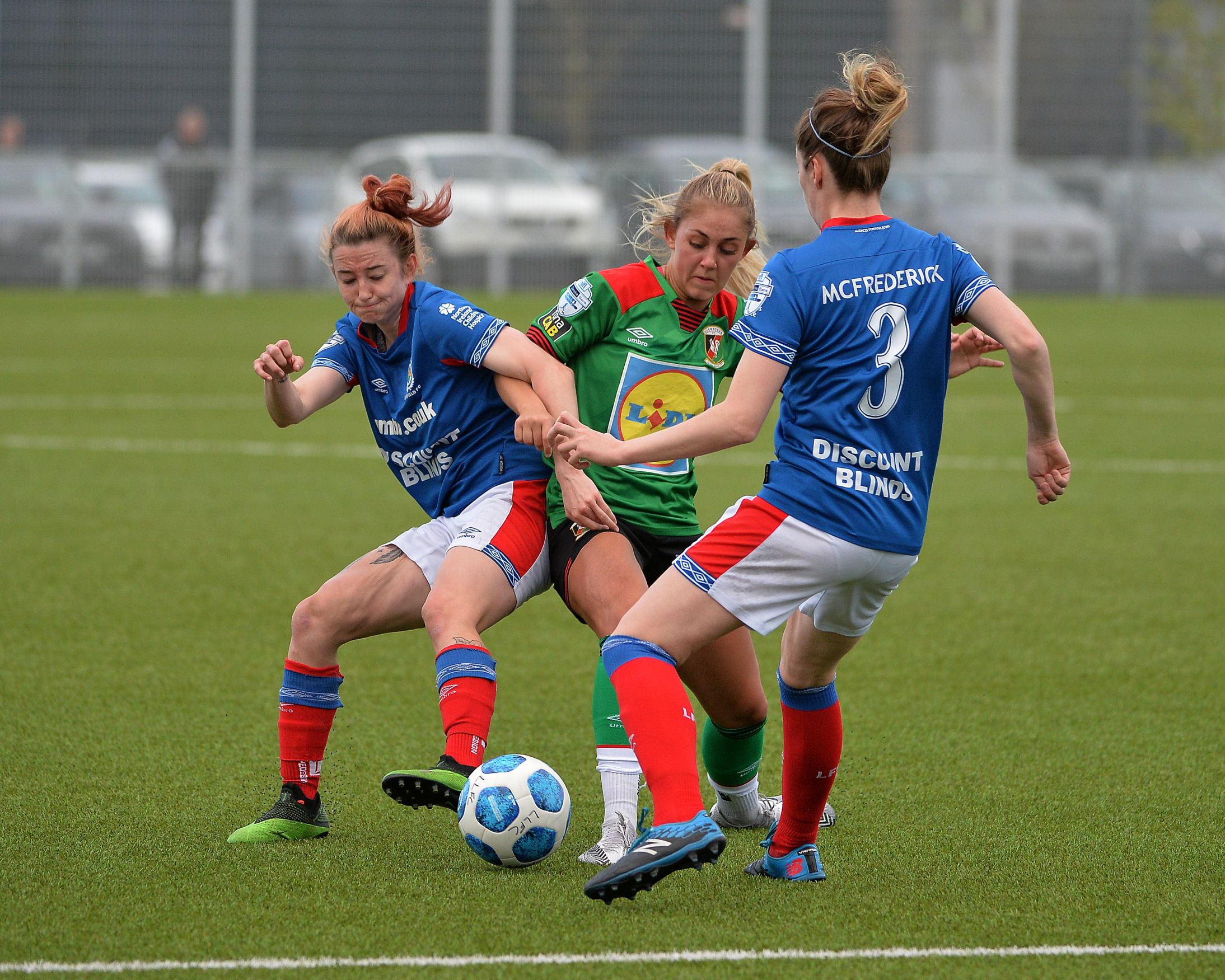 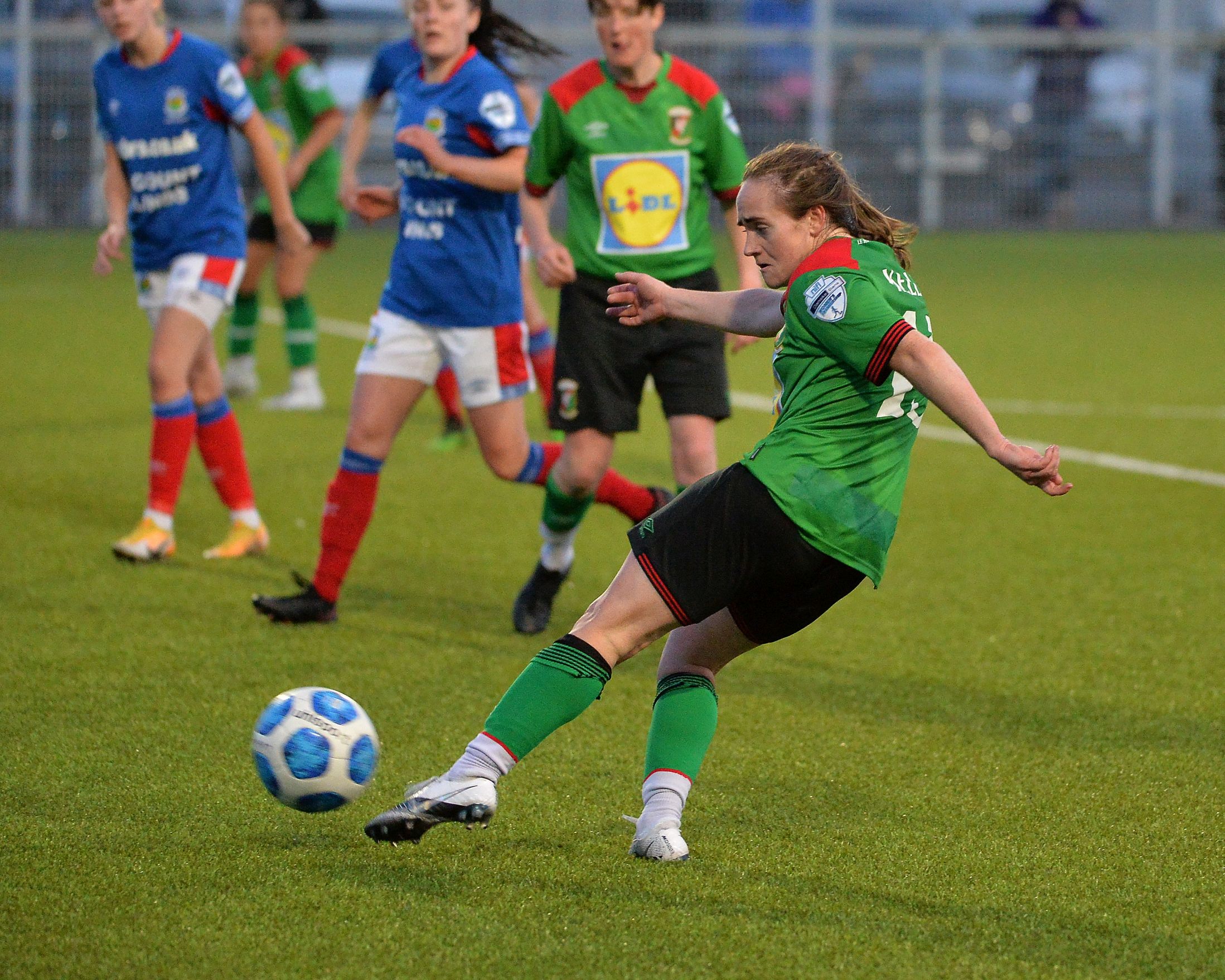 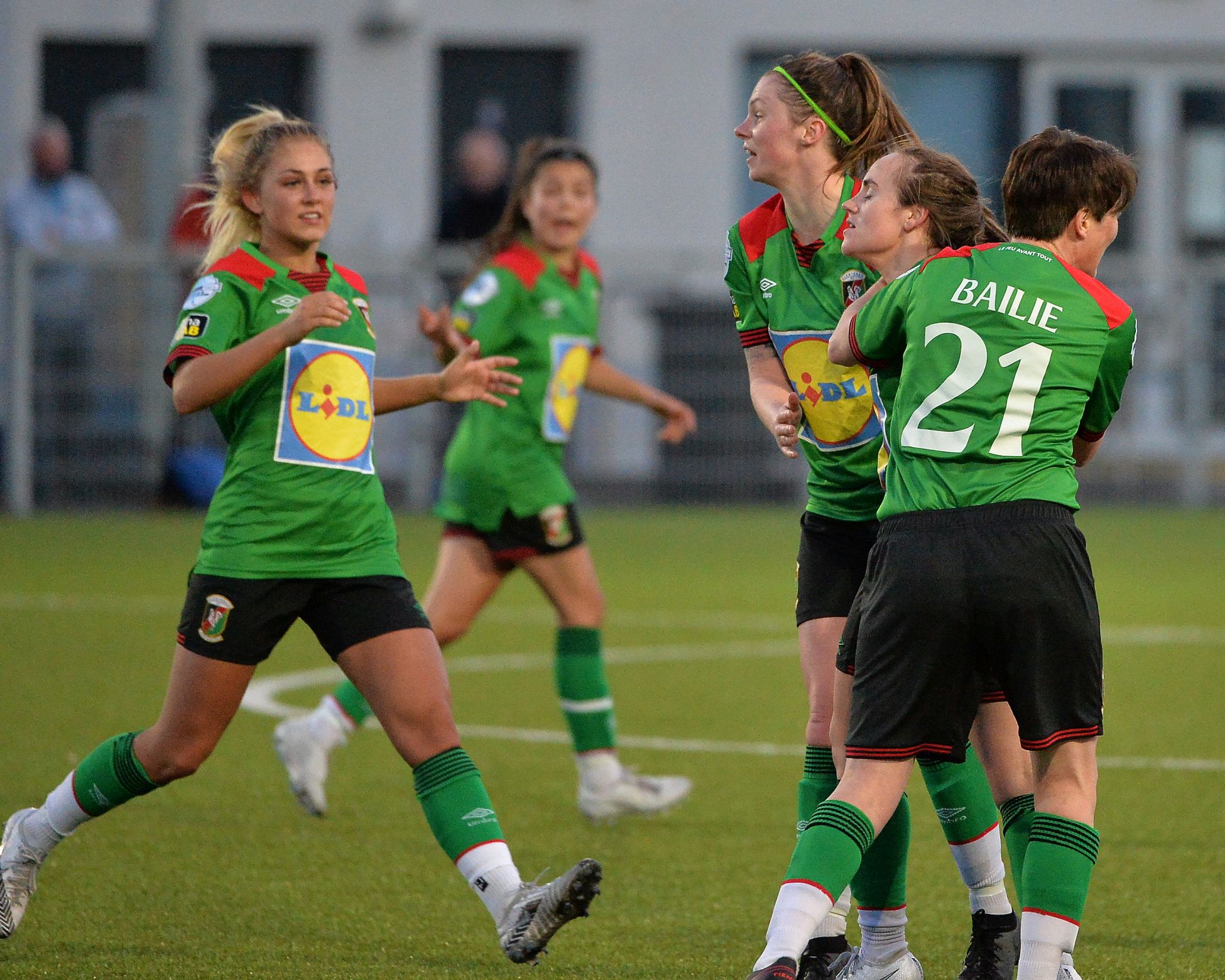 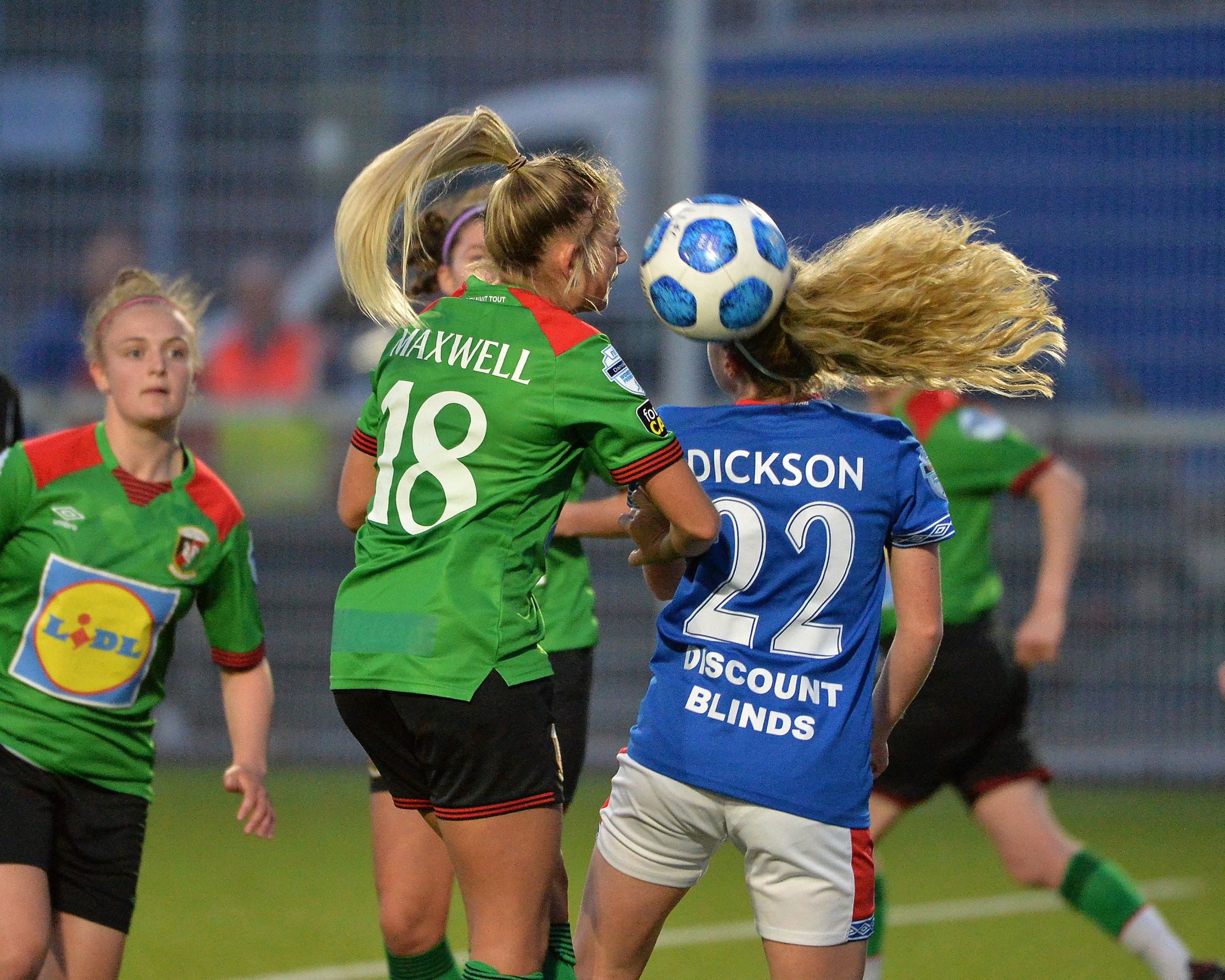 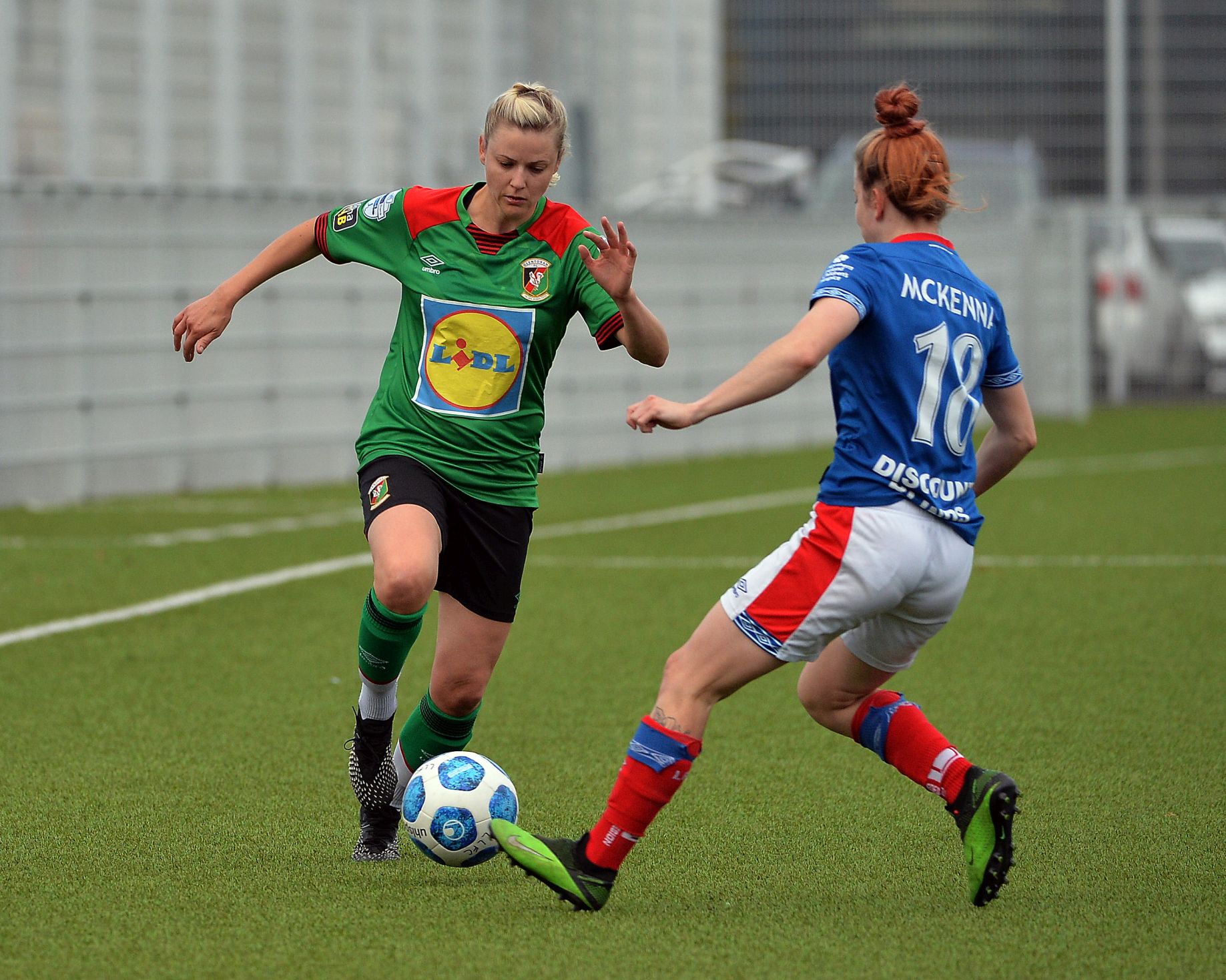