REDS STAGE COMEBACK TO STRETCH LEAD AT THE TOP

Cliftonville Ladies have extended their lead at the top of the Danske Bank Women’s Premiership to five points after a remarkable comeback victory over champions Glentoran Women.
Striker Kerry Beattie continued her fine goalscoring form with a sixth minute opener for the Glens before Casey Howe doubled the visitors lead four minutes later.
However, the league leaders hit back in emphatic style as their trio of Northern Ireland international summer signings all found the net.
Winger Louise McDaniel - an arrival from Hearts - netted her first goal for the Reds in the 36th minute, the first of four goals for the home side in a devastating 33-minute spell.
Caitlin McGuinness levelled the score a minute after the break and it was her sister Kirsty who then ensured the hosts pulled the game away from Glentoran, netting in the 52nd and 69th minutes.
Beattie’s opener beat Reds goalkeeper Rachel Norney from close range after a long ball forward and Howe - a summer arrival from Linfield - poked home the second after a teasing cross.
Norney made a string of fine saves to prevent the Glens adding to their lead - Jess Foy and Kelly Bailie were both denied, before McDaniel halved the deficit.
Caitlin McGuinness then turned home at the near post unmarked to tie the score after the break, before Norney thwarted Beattie twice more as well as Howe.
It was Norney’s long ball that found Kirsty McGuinness to calmly score to give the Reds the lead, and despite Glentoran’s pressing for an equaliser - Kirsty curled home her second and the side’s fourth from a free-kick.
The defeat was the first of the campaign for Billy Clarke’s Glens and ensures that the North Belfast side have continued their 100 percent winning start to the campaign.
Cliftonville Ladies: Norney, Orr, White, Moran, Morgan, McHenry, McDaniel, C. McGuinness, K. McGuinness, Callaghan, Connolly subs Welsh (not used), Montgomery (not used), McConnell (replaced Connolly 81), Davis (not used), Weatherall (replaced White 76)
Glentoran Women: McKinnon, Timoney, Foy, E. McMaster, Caldwell, Kelly, Andrews, Maxwell, Beattie, Bailie, Howe subs Rogan (replaced Maxwell 65), A. McMaster (replaced Howe 65), McKearney (not used), Mervyn (not used), Dunne (replaced E. McMaster 65) 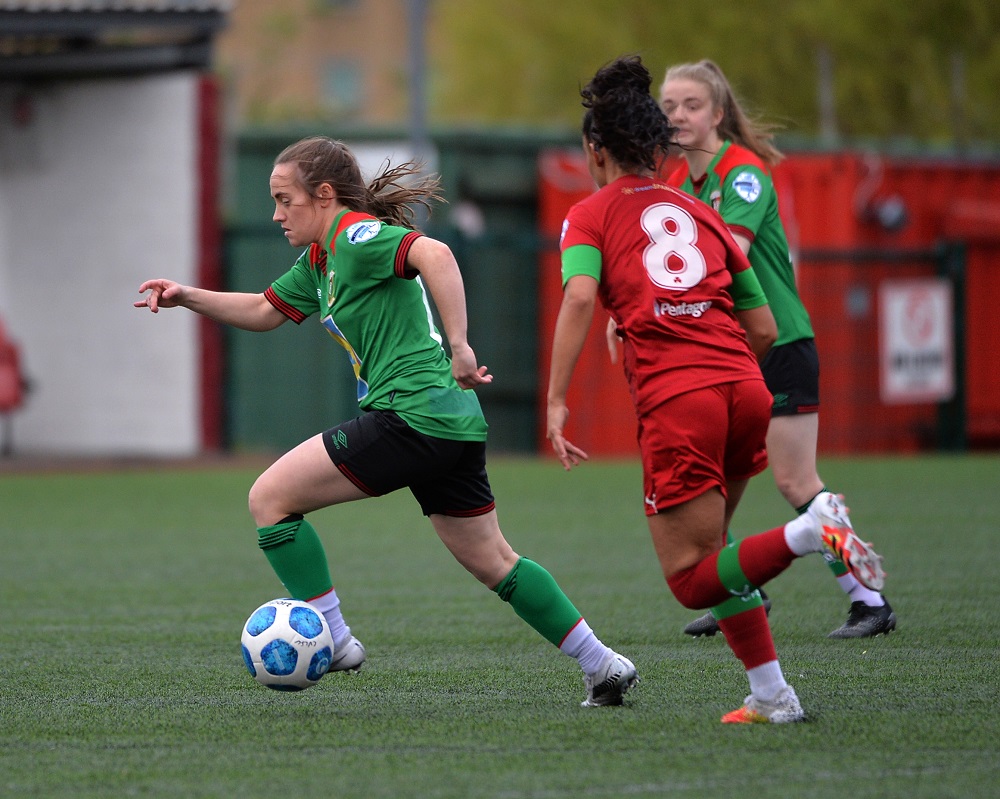 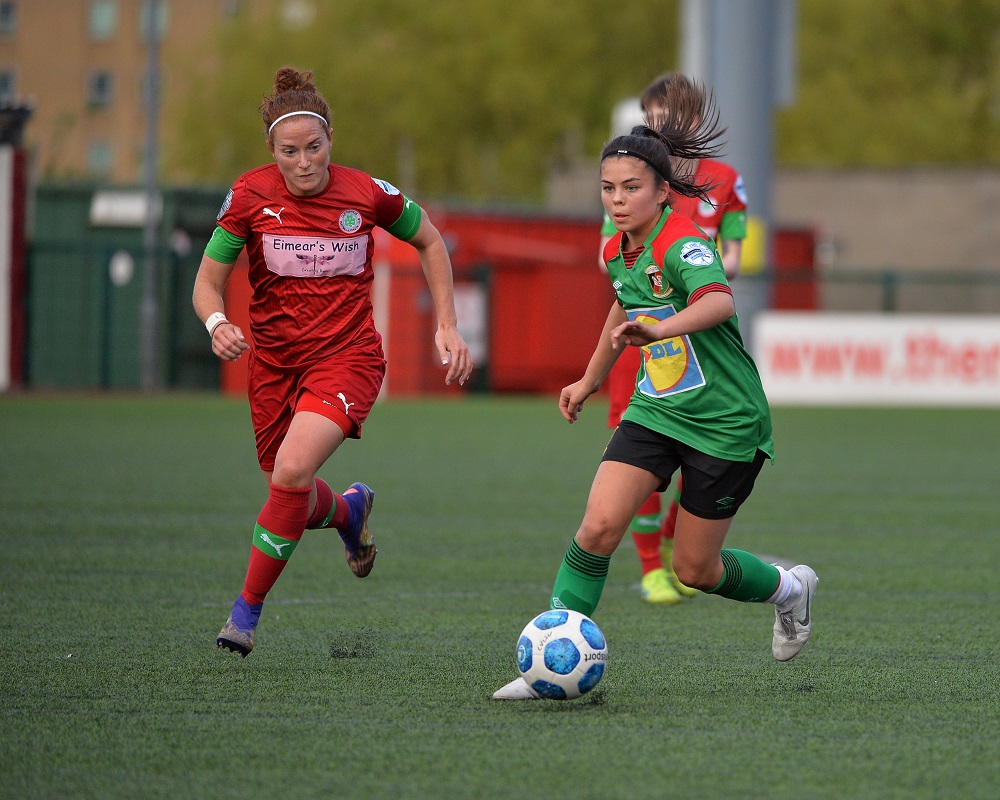 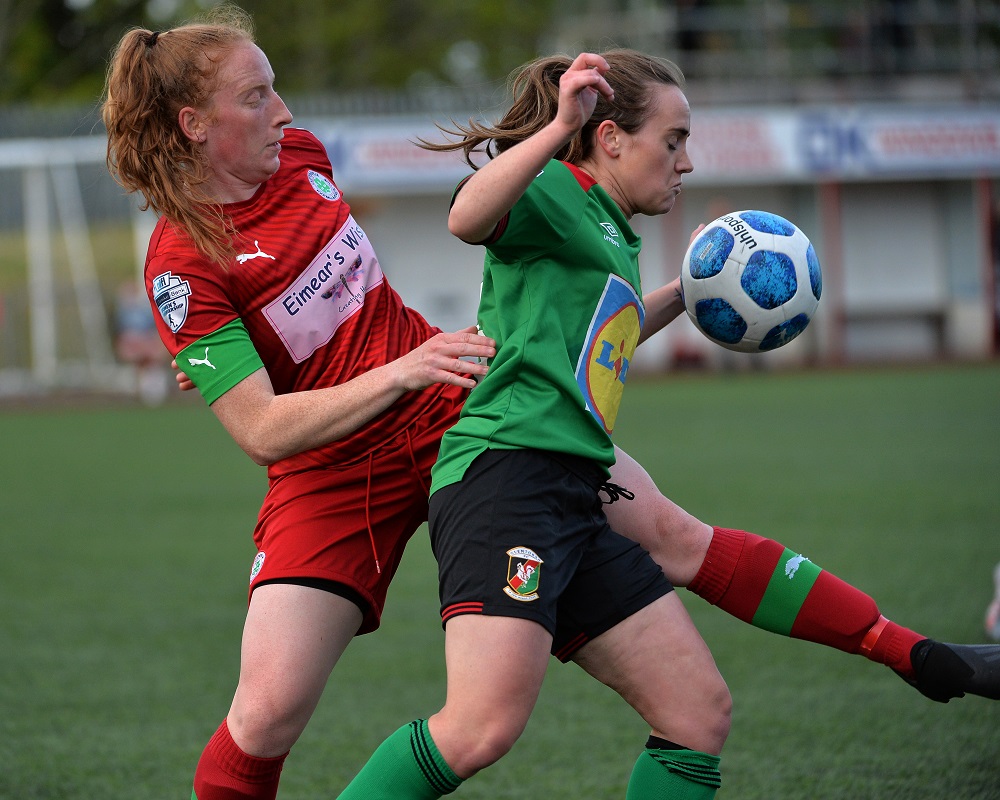 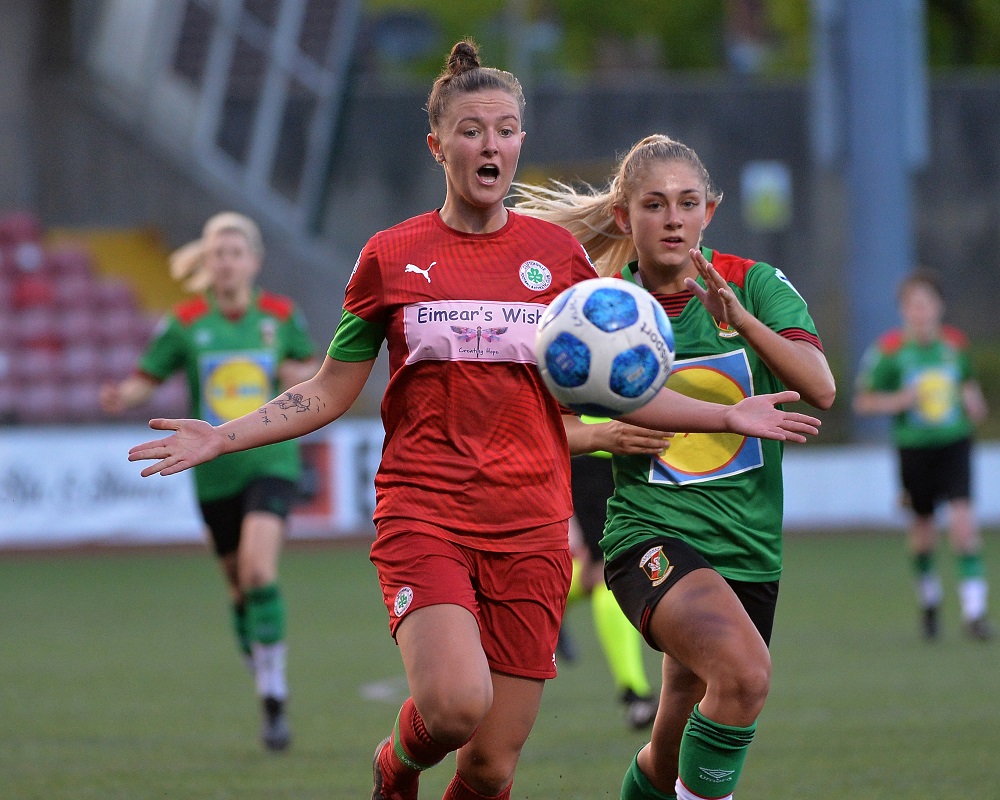 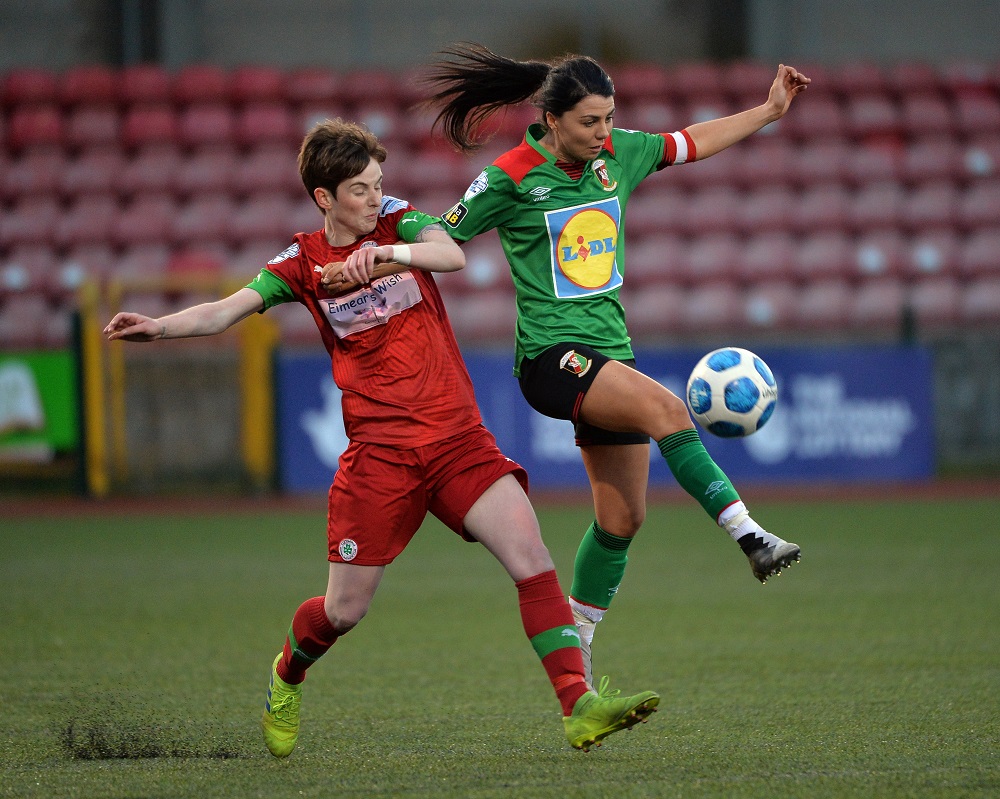 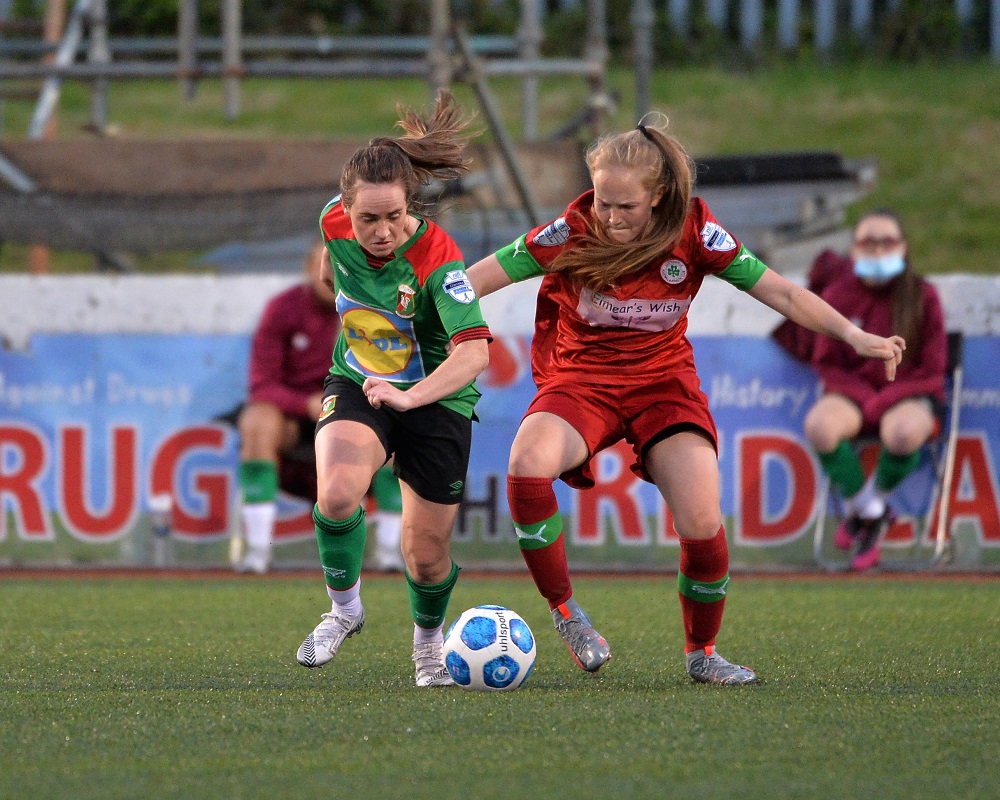