Linfield Ladies recorded their first win in three matches but suffered a huge scare against Derry City Women - who continue to demonstrate their improvements this season.
Lauren Cregan broke the deadlock for the Candystripes at Midgely Park on the hour, in what promised to set up what would potentially be the biggest shock result in many years.
Linfield’s Alison Smyth had been thwarted from the penalty spot as she hit the post in the first half to add to the Blues frustrations, but the home side did eventually turn the score around.
Eight minutes after falling behind, Rebecca McKenna levelled the score and when striker Smyth was handed her second opportunity from the spot three minutes later - she did not miss.
Katie Dickson added a third for Phil Lewis’s side late on to make sure of the points but it was a match that highlighted the fact that the league will be more competitive than ever this season.
The visitors were dangerous throughout - Paula McGrory fired wide earlier on while Rebecca Bassett - who was replaced early by Ebony Leckey - and McKenna went for the Blues.
Linfield’s penalty in the 38th minute came as McKenna was felled in the box but Smyth was thwarted by the woodwork and Derry goalkeeper Clare Friel did well to save the rebound, while O’Connor then fired wide for the visitors before the break.
Naomi Donnan rattled the post early in the second half before Cregan broke the deadlock after good work by McGrory.
Cregan was denied a second by Linfield’s debutant goalkeeper Erin McAllister and the Blues then hit back - McKenna’s equaliser via a slight deflection and Smyth’s penalty after Victoria Carleton was felled in the box.
Both sides were dangerous from then on but Courtney Moore and McKenna combined to set up Dickson to seal the win.
Linfield Ladies: McAllister, Fitzsimmons, McFrederick, Hutton, Moore, Carleton, Bassett, Smyth, McKenna, Dickson, Donnan subs Adams (not used), Dempster (replaced Smyth 79), Power (not used), Leckey (replaced Bassett 36), McConnell (replaced Donnan 90)
Derry City Women: Friel, Lafferty, McMullan, Canavan, Coyle, McGonagle, Cregan, D. Doherty, McGrory, O'Connor, Gordon subs Barr (not used), Donaghey (not used), Logue (replaced McMullan 75), A. Doherty (replaced O'Connor 57), McFadden (replaced McGonagle 85) 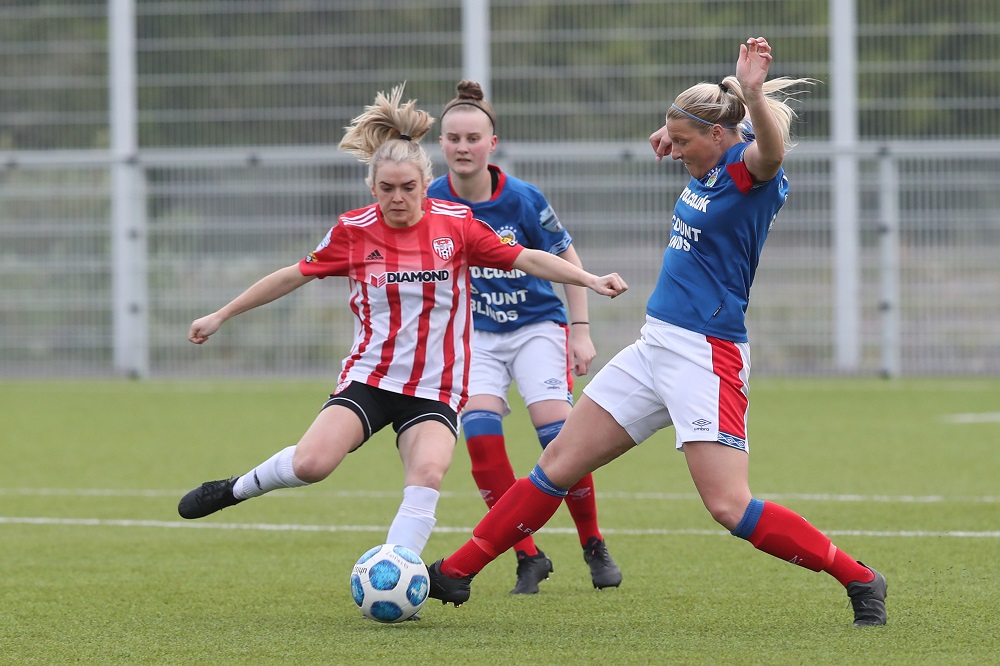 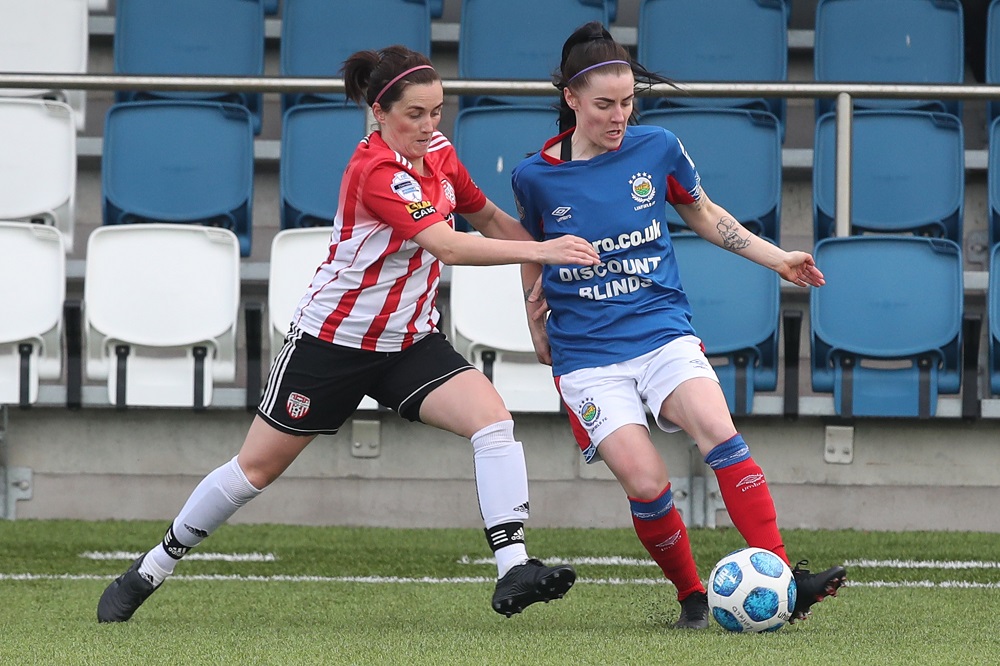 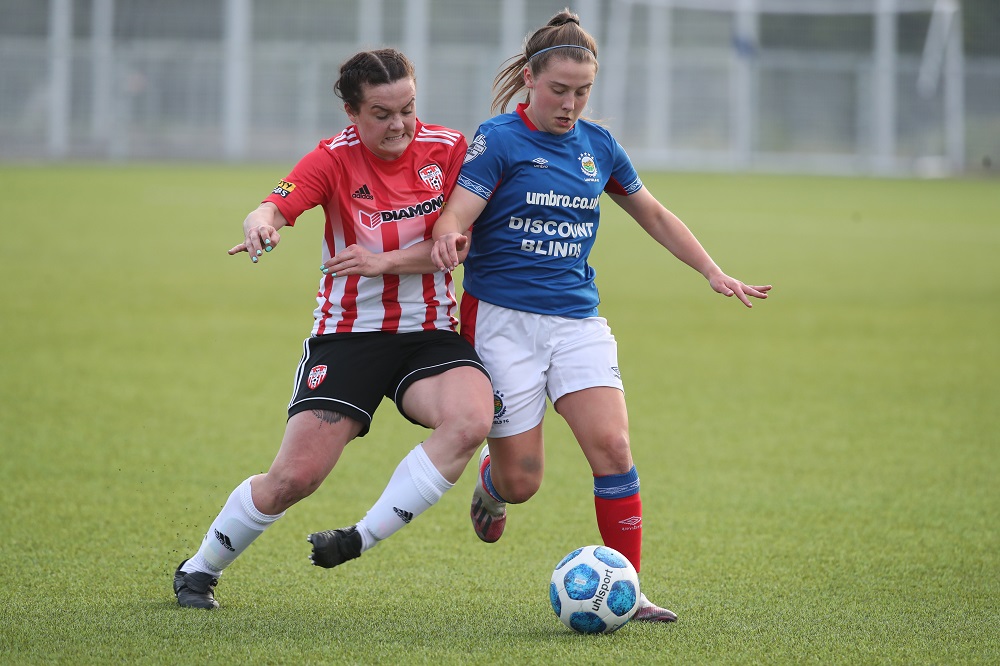 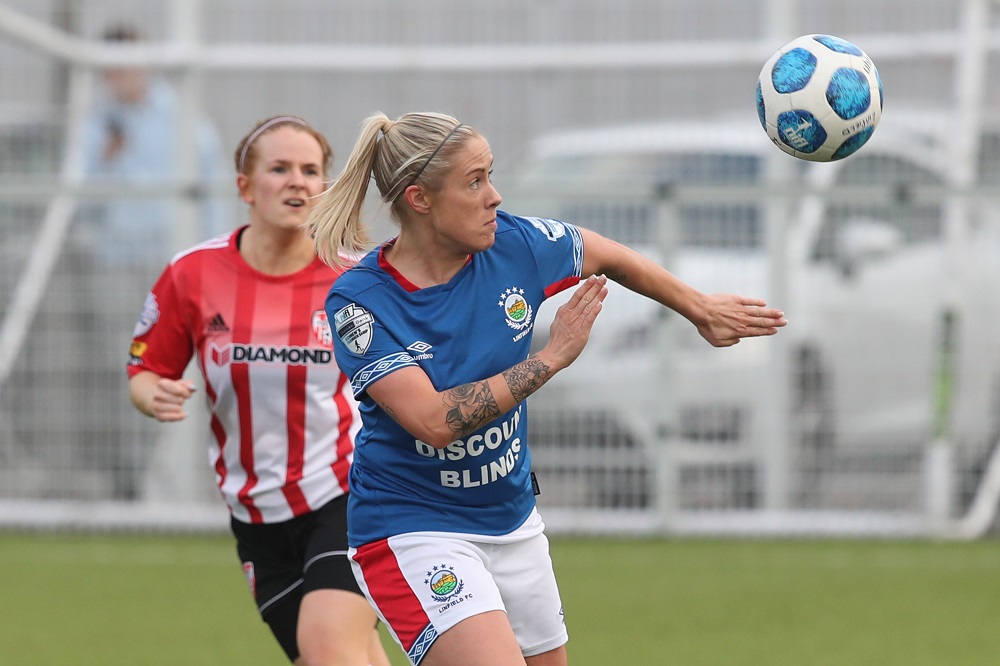 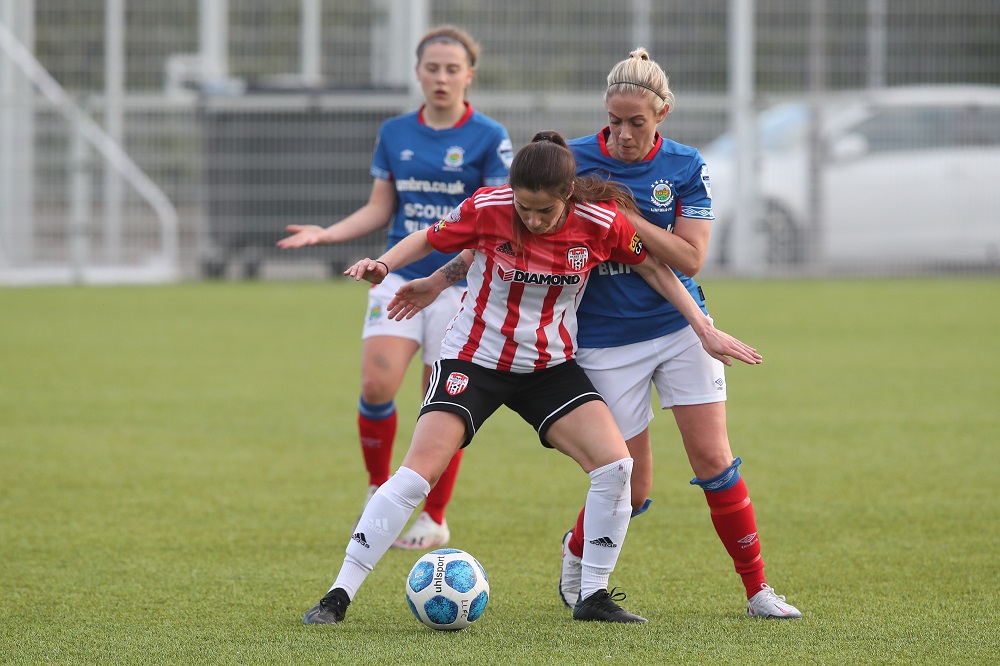 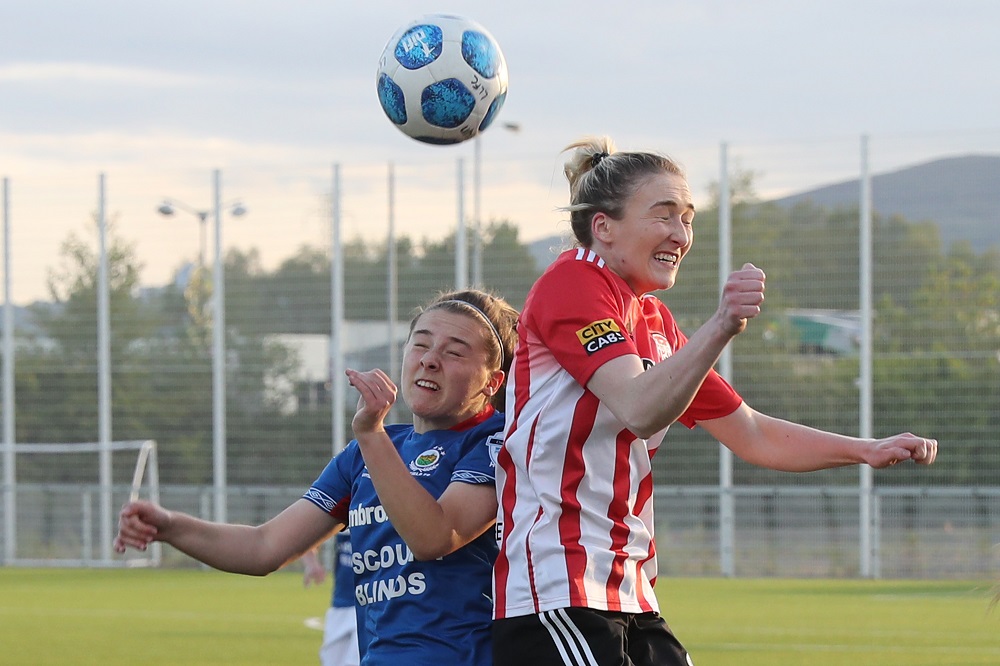