Crusaders Strikers secured a notable win at home to Linfield Ladies thanks to Amy McGivern’s strike just before the half-hour mark.
Both teams started with great intensity and ferocity. On 20 minutes, a shot by Linfield’s Naomi Donnan was tipped over the bar by home goalkeeper Maddy Harvey-Clifford.
It was the Crues who took the lead as they uped their game with Lisa Armour whipping in an inch-perfect cross for McGivern to slide it over the line.
Victoria Carleton had a great shot tipped over the bar again by Harvey-Clifford.
The second half was marred by what looked to be a knee injury to Linfield’s captain, Ashley Hutton as she hobbled off.
The nearest either team came to another goal was a touch of brilliance by Crusaders’ Jessica Rea as she rattled the cross bar from a tight angle.
The result was enough to draw the Strikers level on points with the Blues in the standings - each have seven points after five rounds of action.
Crusaders: Harvey-Clifford, Archibald, McGivern, McDowell, McCann, Nelson, Armour, Otter, Chalmers, Wilson, Rea subs Mearns (not used), F. Johnston (not used), H. Johnston (not used), McLaren (not used), Boyle (replaced McCann 62)
Linfield Ladies: Adams, Fitzsimmons, McFrederick, Hutton, Carleton, Dempster, Smyth, Burrows, McKenna, Donnan, McMaster subs Moore (not used), Morgan (replaced Dempster 58), Johnston (replaced Smyth 80), Dickson (replaced Hutton 56), Leckey (not used) 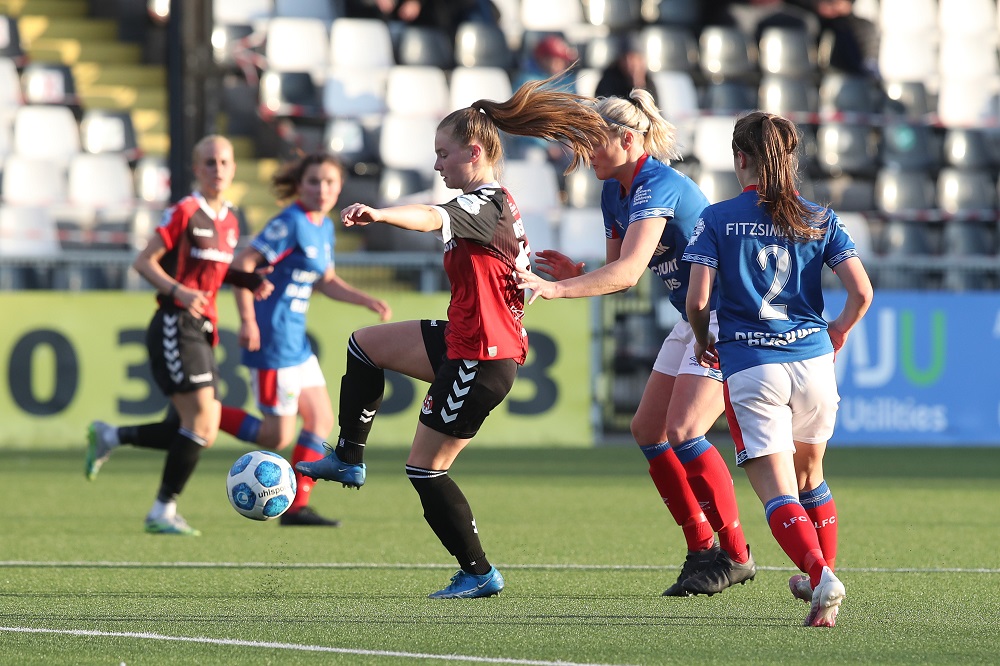 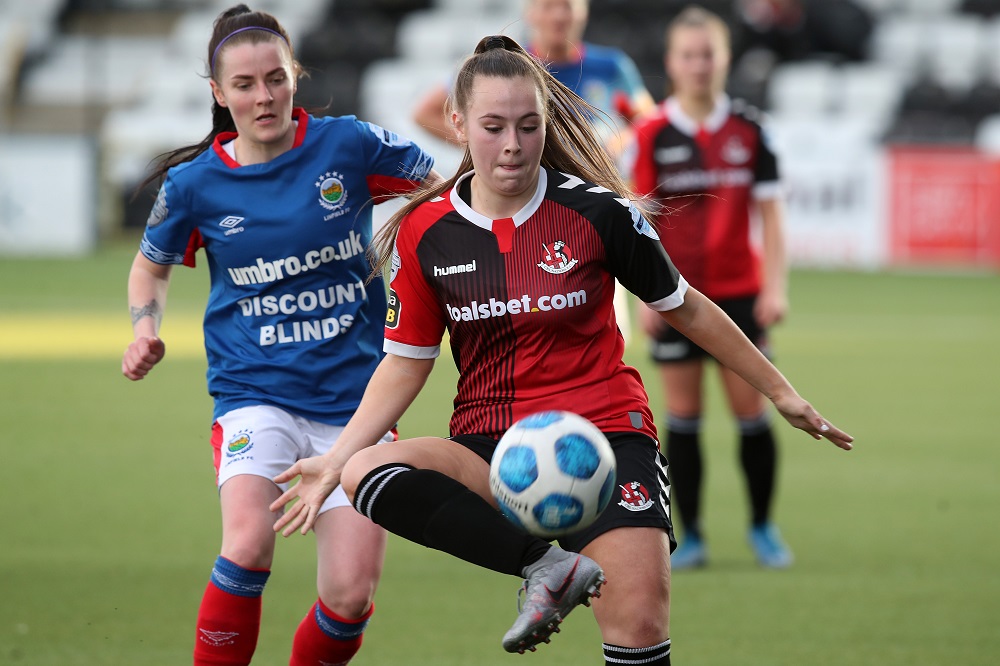 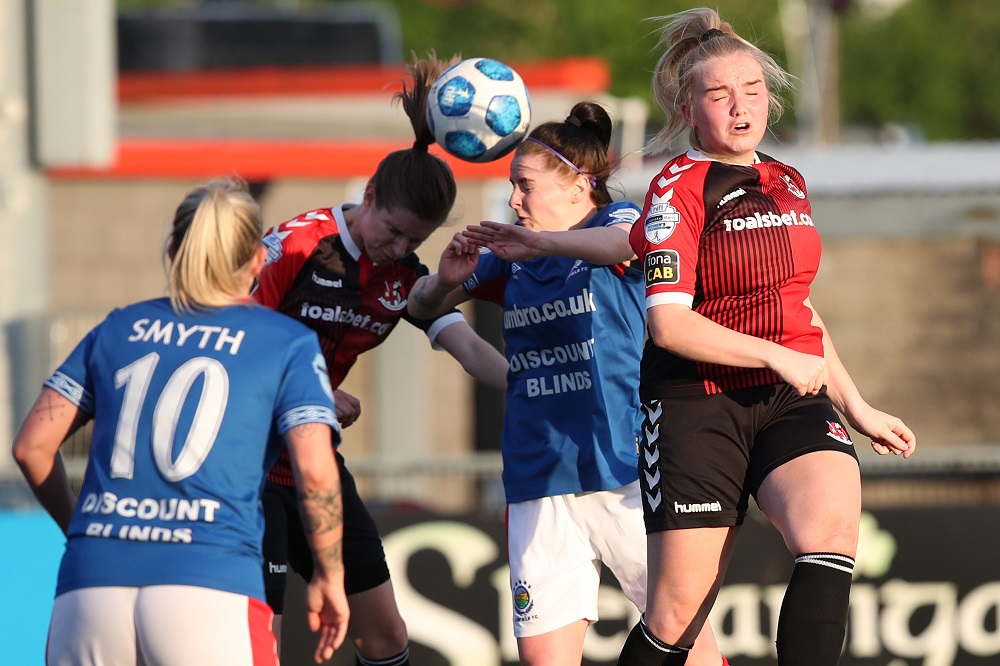 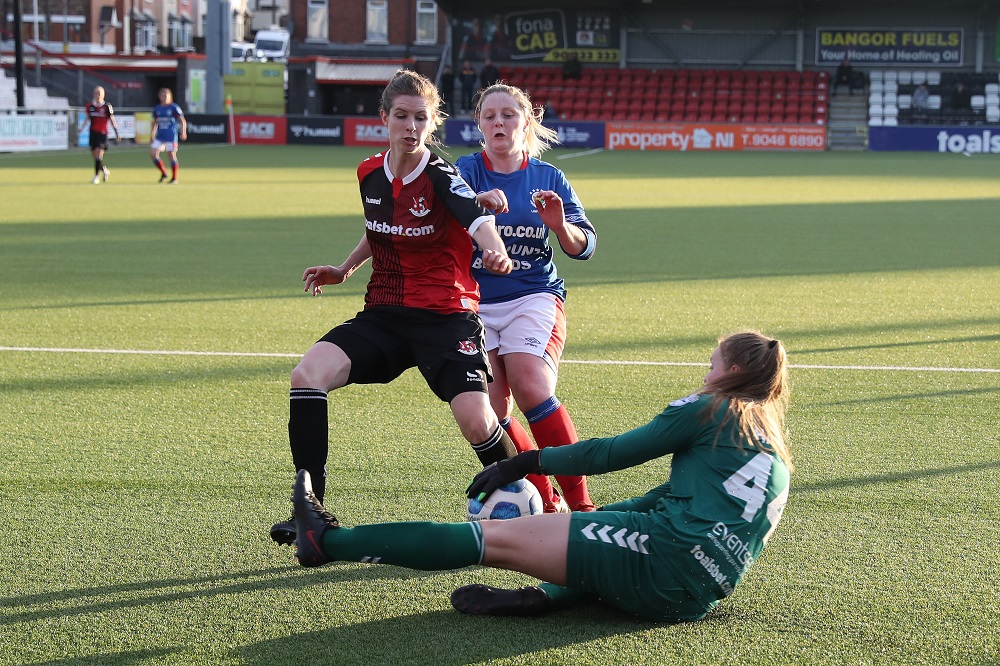 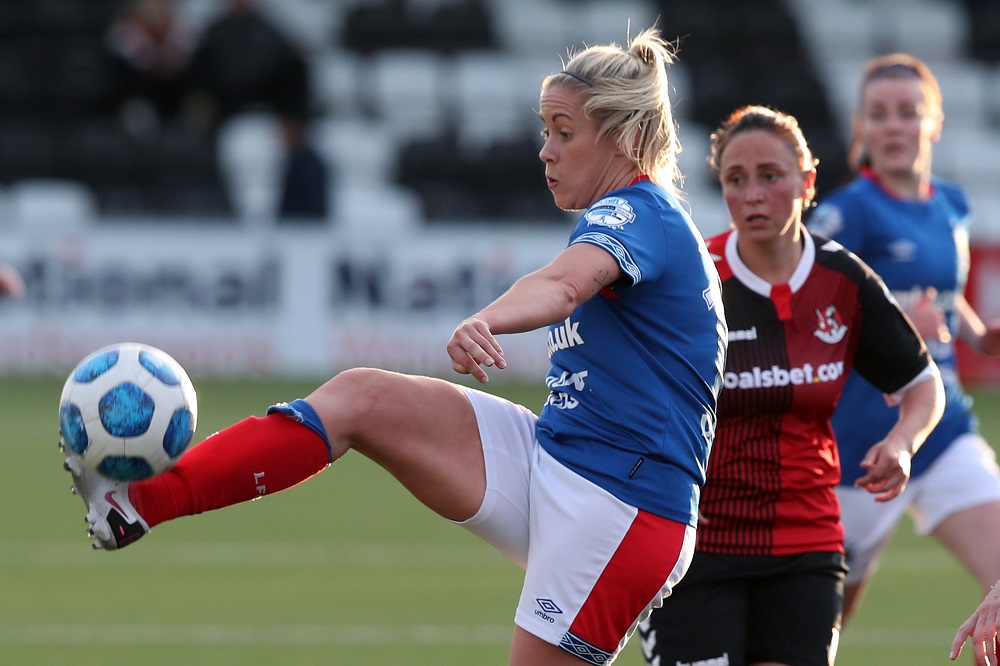 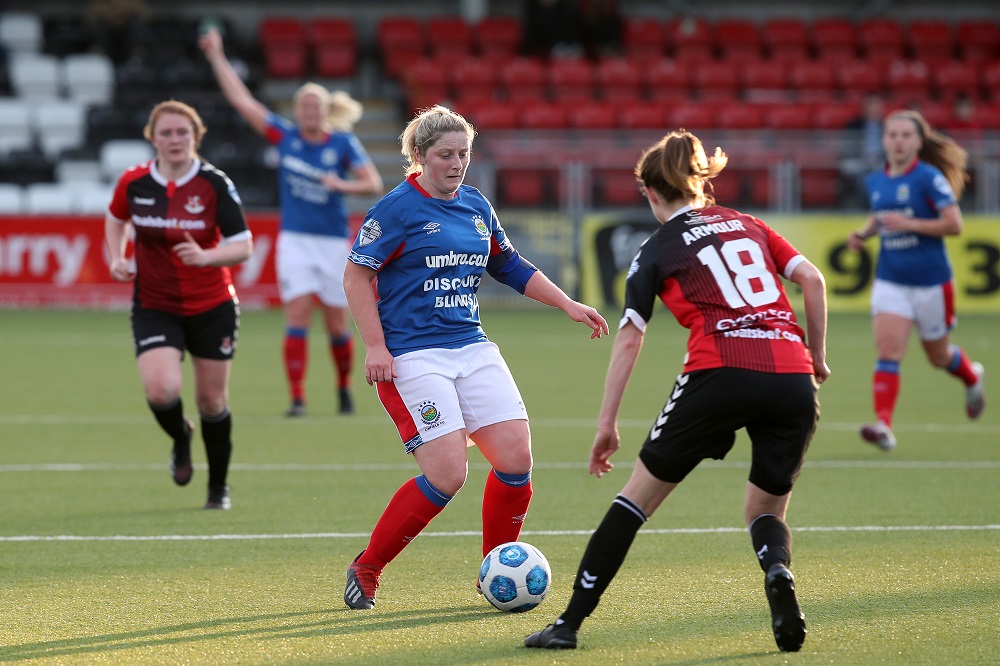