Linfield Ladies ended a run of three successive league defeats as they came from one goal down to run out 4-1 victors at Derry City Women.
It is the second time this campaign that the Blues have fallen behind to the Candystripes but they responded in comprehensive fashion.
Caroline Gallagher gave Kevin McLaughlin’s side an early lead but two goals from Rebecca Bassett along with strikes from Katie Dickson and Victoria Carleton gave Linfield the victory.
Gallagher broke the deadlock in the 19th minute - superbly beating Blues goalkeeper Erin McAllister.
It took the Blues just four minutes to level as Bassett levelled the scores and in the 33 minute, Dickson gave the visitors the lead with a close range finish.
Bassett scored her second and Linfield’s third five minutes after the break and Carleton put the game to bed in the 67th minute with Carleton winning three successive second balls on the edge of the area before firing in.
The striker spurned the chance of a hat-trick late on having been felled by Kathryn Canavan in the area but she did not score from the spot. 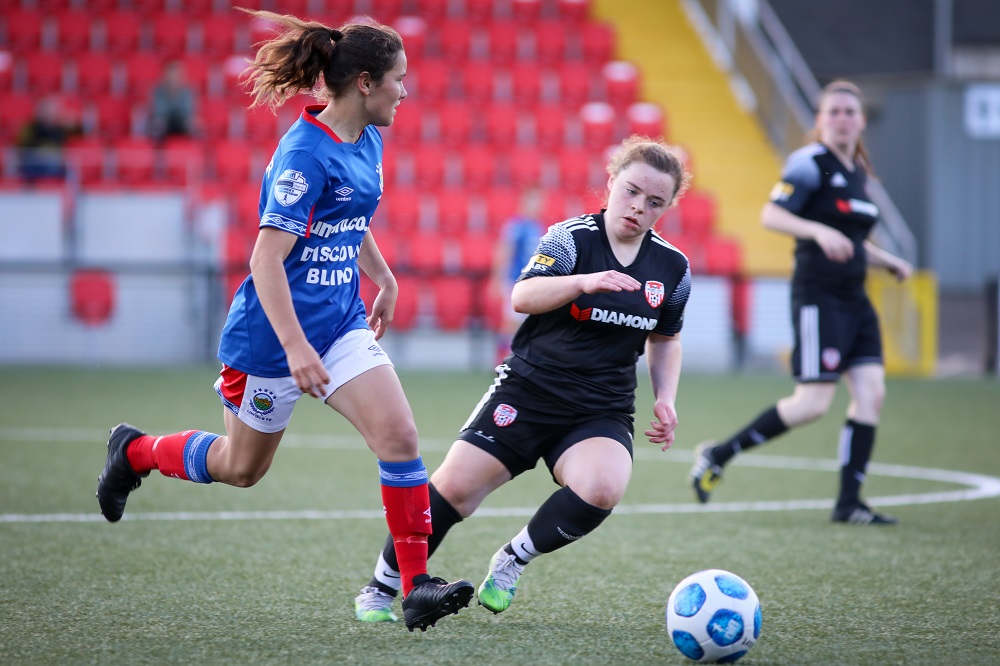 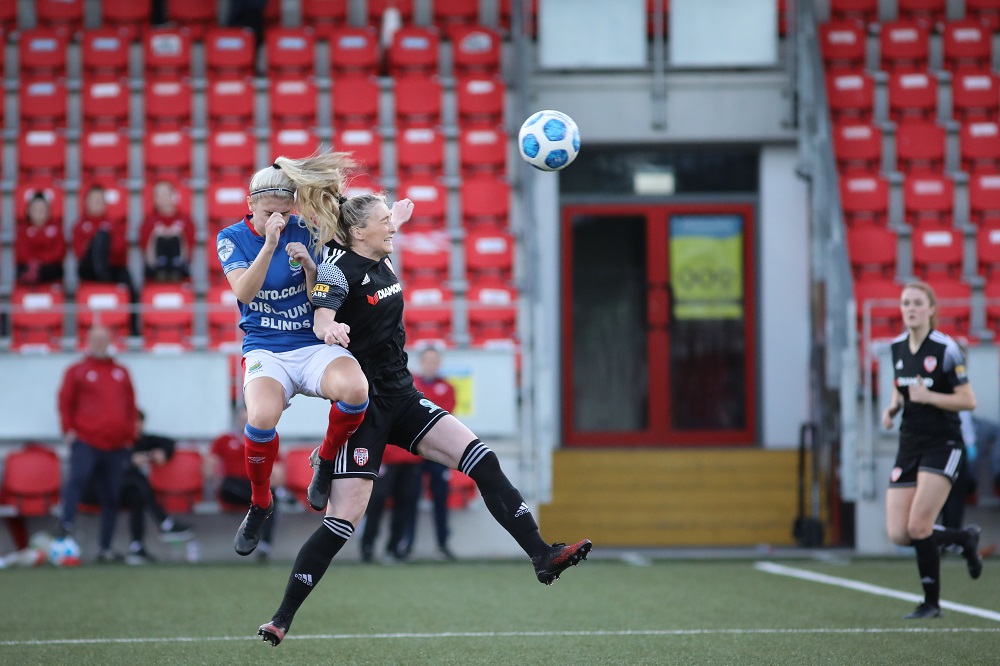 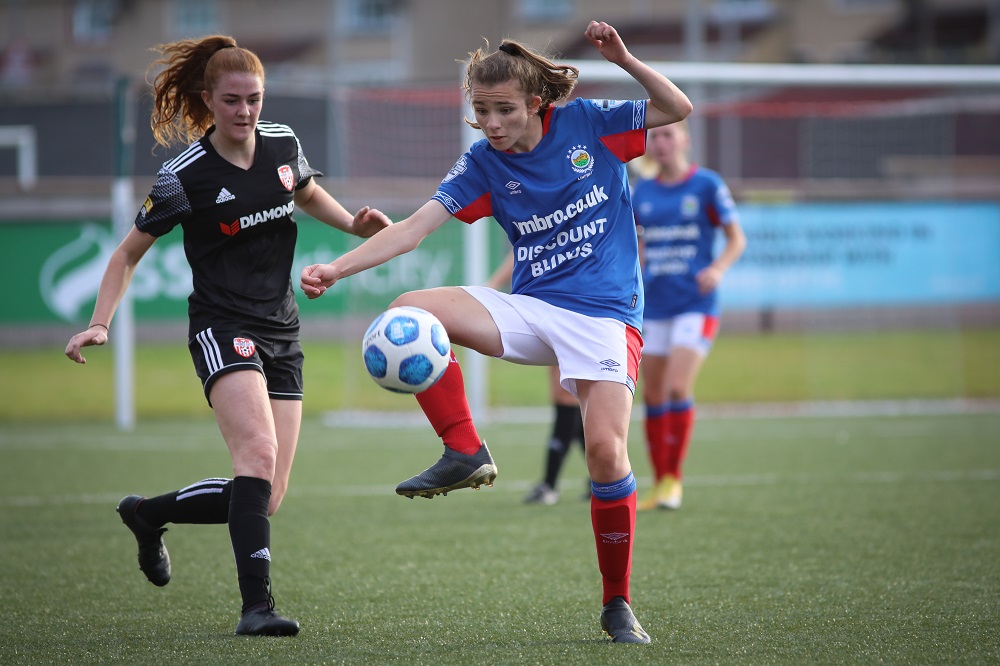 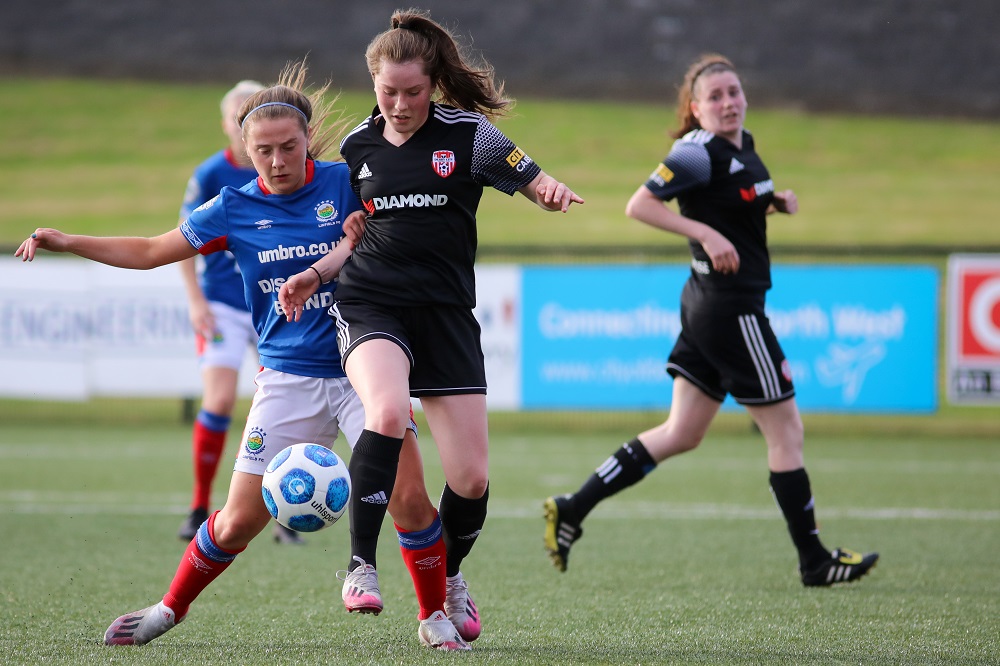 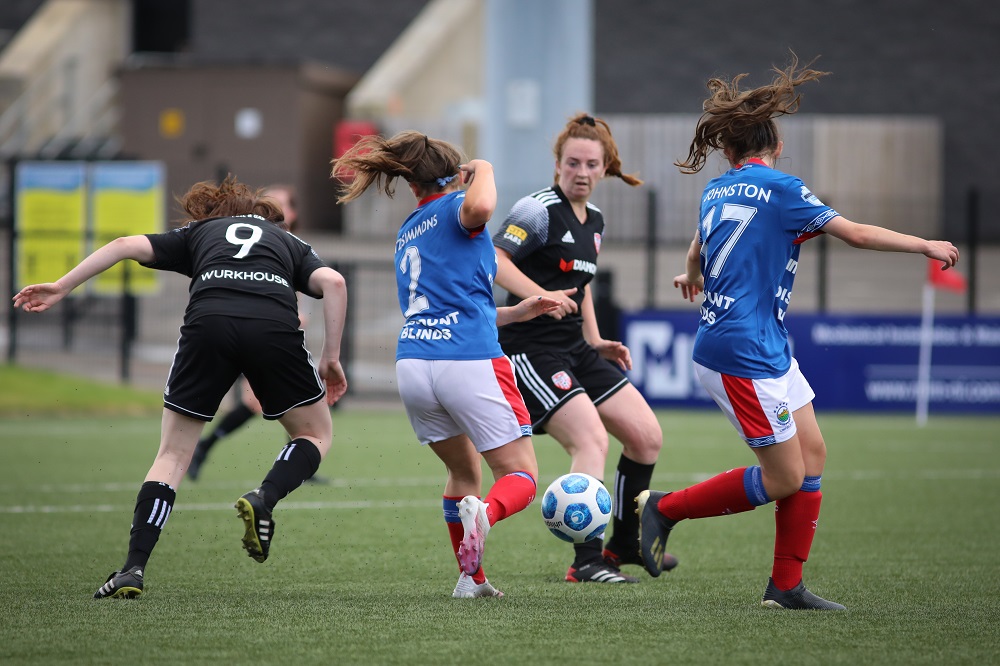 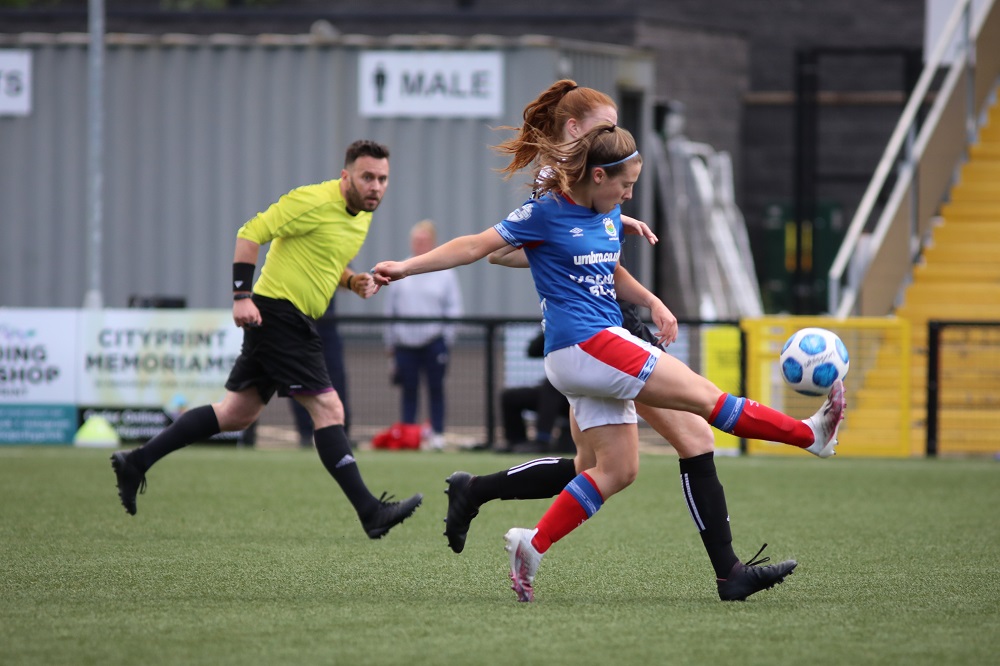