Derry City secured just their second victory of the season as they defeated Crusaders Strikers 2-1 at the Brandywell.
Caroline Gallagher opened the scoring for the Candystripes just before the break and Cathleen Kelly doubled their advantage midway through the second half.
Caitlyn Hamilton pulled a goal back for third-placed Crusaders, but it was not enough to stop the hosts from ending their winless streak.
Derry had chances in the opening half through Kathryn Canavan and Tara O’Connor - the latter of whom was sent through on goal by a Paula McGrory through ball, but her attempted lob was right into the arms of Crues goalkeeper Maddy Harvey-Clifford.
Gallagher opened the scoring in 42nd minute, once again after an excellent assist by McGrory. Gallagher finished with power and precision.
Emily Wilson squandered a chance on 62 minutes to level the contest for the Cruesand a minute later, was unlucky as she hit the post.  Paula McGrory retaliated a minute later by smashing the Crues bar. On 67 minutes Derry were in dream land, as Kelly didn’t waste a loose ball and a lost keeper outside her penalty box.
The joy was short lived though, as almost immediately, Hamilton, superbly pulled one back for the visitors.
With twenty minutes to go, Wilson continued to probe for the visitors; her 76th minute strike was well saved by Derry shot-stopper Claire Friel.
Derry City Women: Friel, Canavan, Coyle, Doherty, Gallagher, McGrory, Connolly, McGuinness, Donaghey, O'Connor, Kelly subs Carlin (replaced McGuinness 73), Callaghan (not used), Cooper (not used)
Crusaders Strikers: Harvey-Clifford, Archibald, Hamilton, McCann, Nelson, Redmond, H. Johnston, Eddis, Chalmers, Rodgers, Wilson subs Mearns (replaced Rodgers 75), F. Johnston (replaced H. Johnston 57), Kirgan (not used), McLaren (replaced Redmond 46), Boyle (not used) 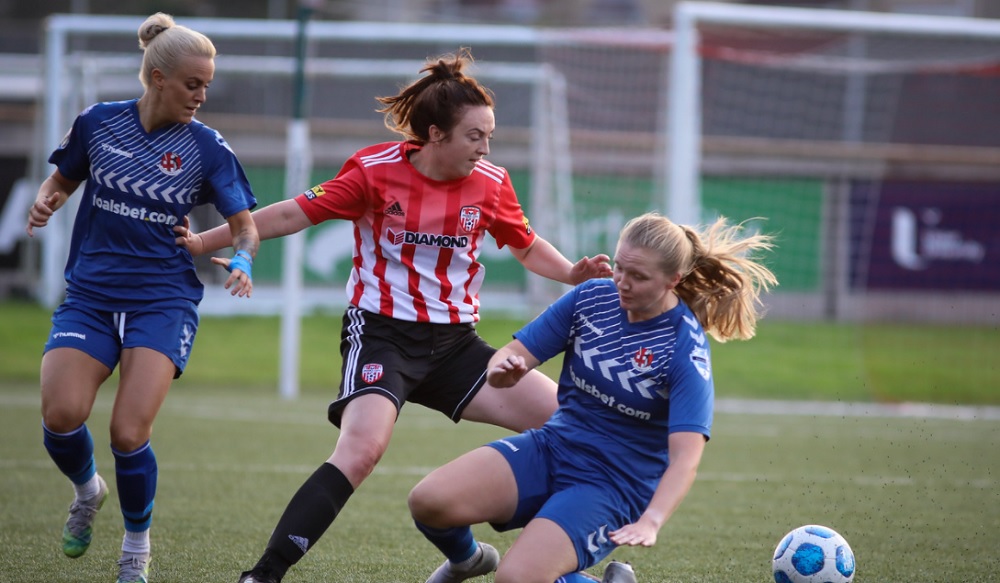 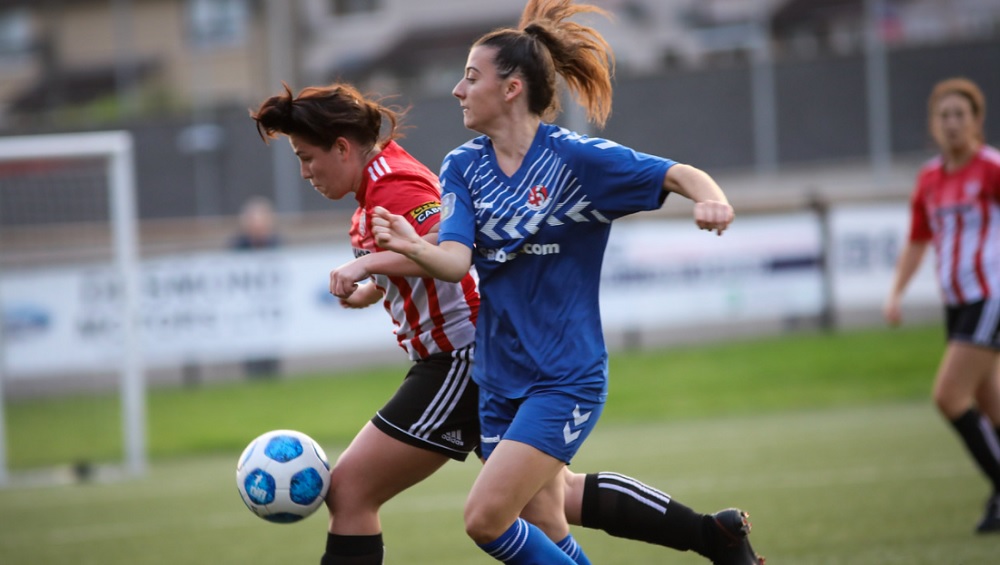 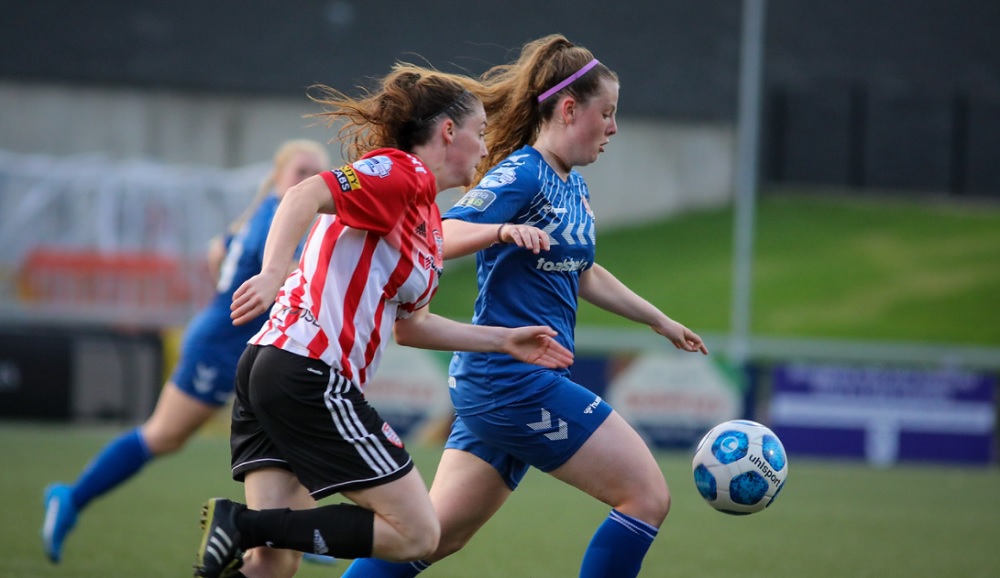 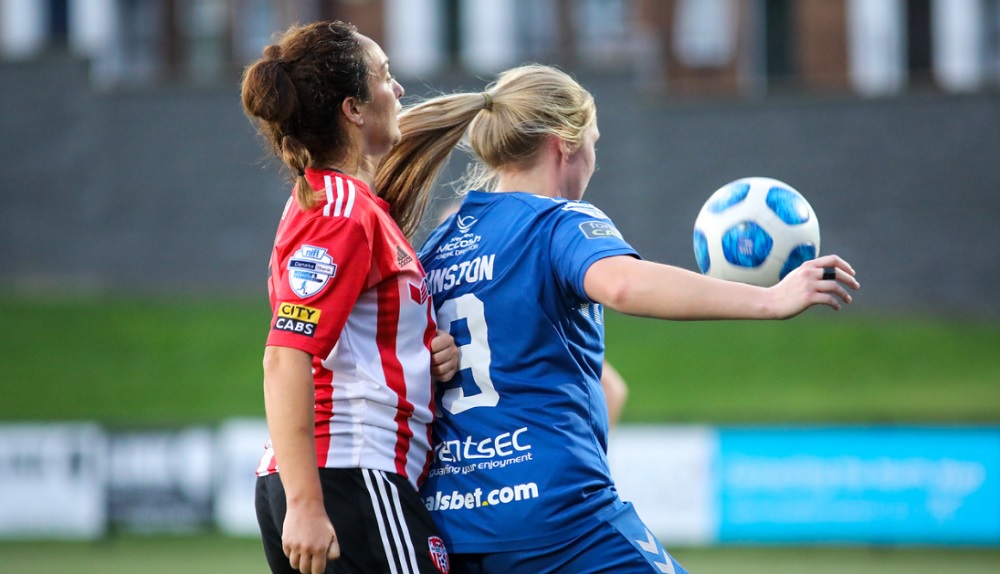 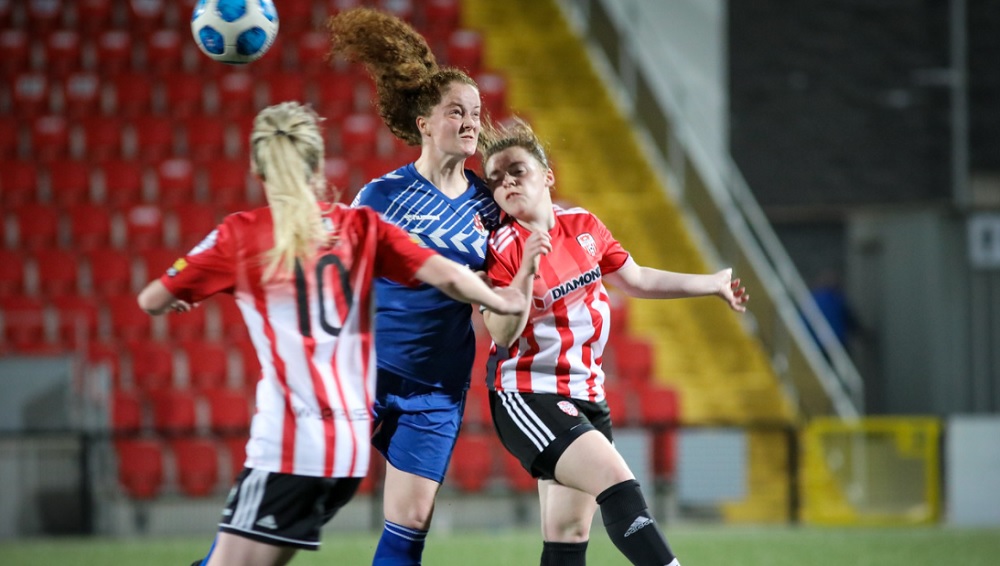 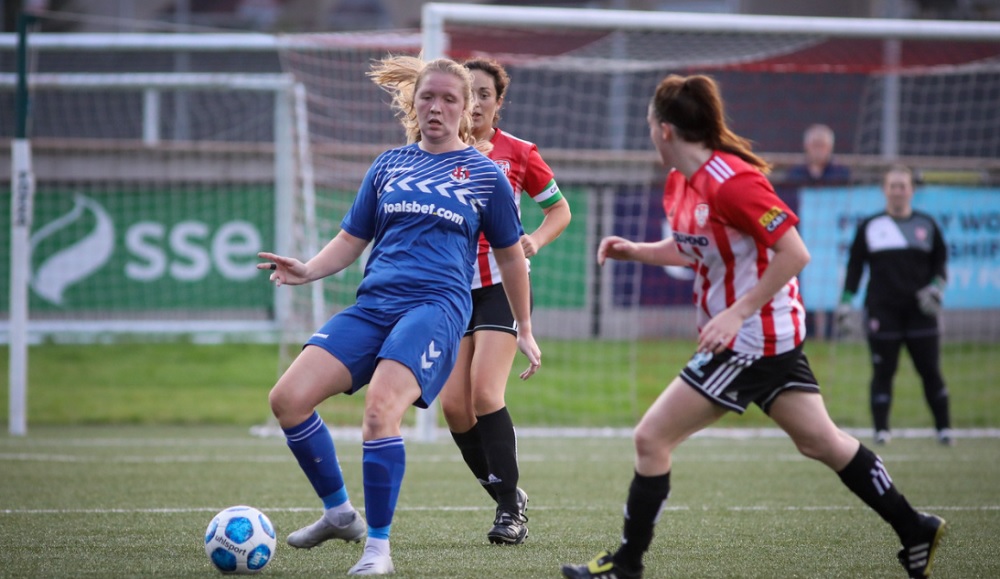