Sion Swifts Ladies moved to within two points of second-placed Glentoran Women as they recorded a three-goal victory away to Derry City Women.

Naomi McLaughlin’s first half penalty gave Sion the lead before striker Cora Chambers continued her superb run of form in front of goal by doubling the lead with five minutes remaining with substitute Aoibhe O’Neill adding a third in stoppage time.

Derry started brightly and could have taken the lead on four minutes as Tara O’Connor rounded visiting goalkeeper Jennifer Currie, but she could not connect properly with her shot.

Sion were always in control thereafter and took the lead on 38mins from the penalty spot after a push on Aimee Dunn in the Derry box allowed McLaughlin to fire home from the spot.

Sion sealed the three points on 86 minutes when Chambers broke the Derry back line and coolly slotted home into the corner of the net before substitute O’Neill rounded the night off for Sion with a third on 95 minutes. 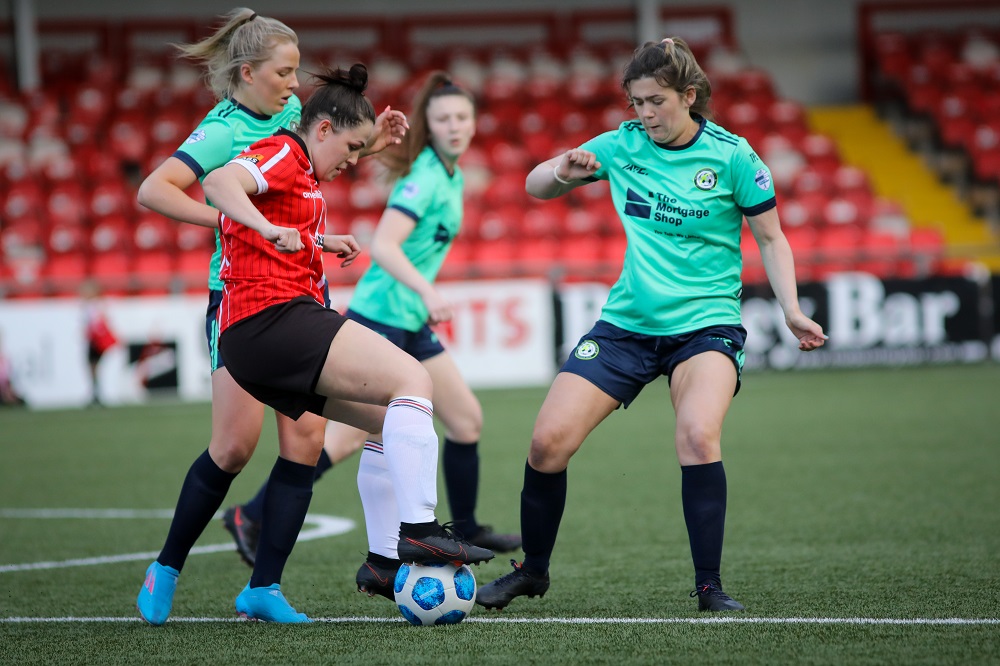 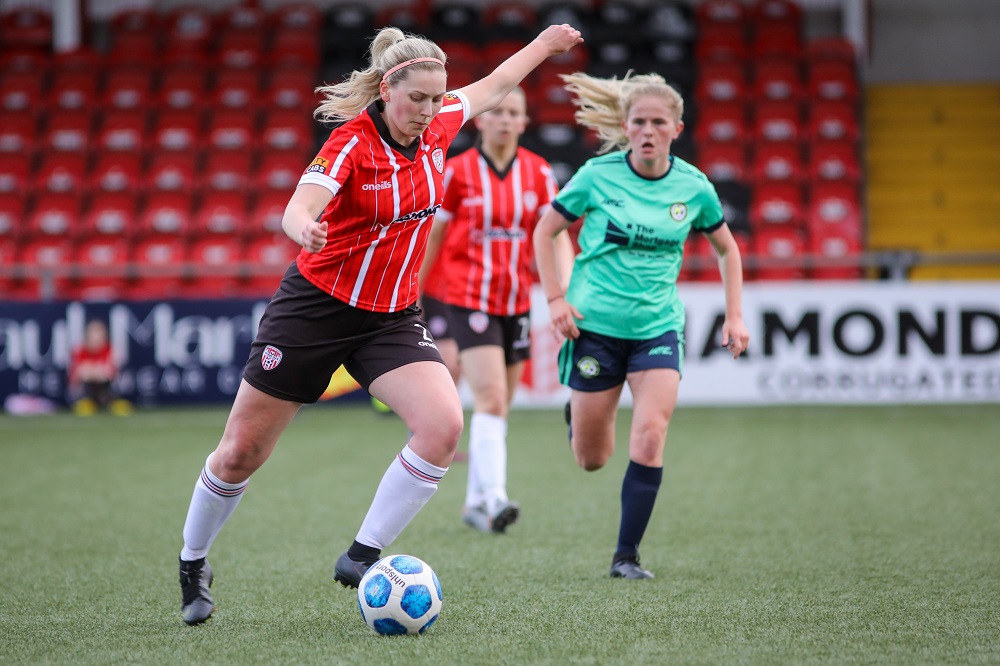 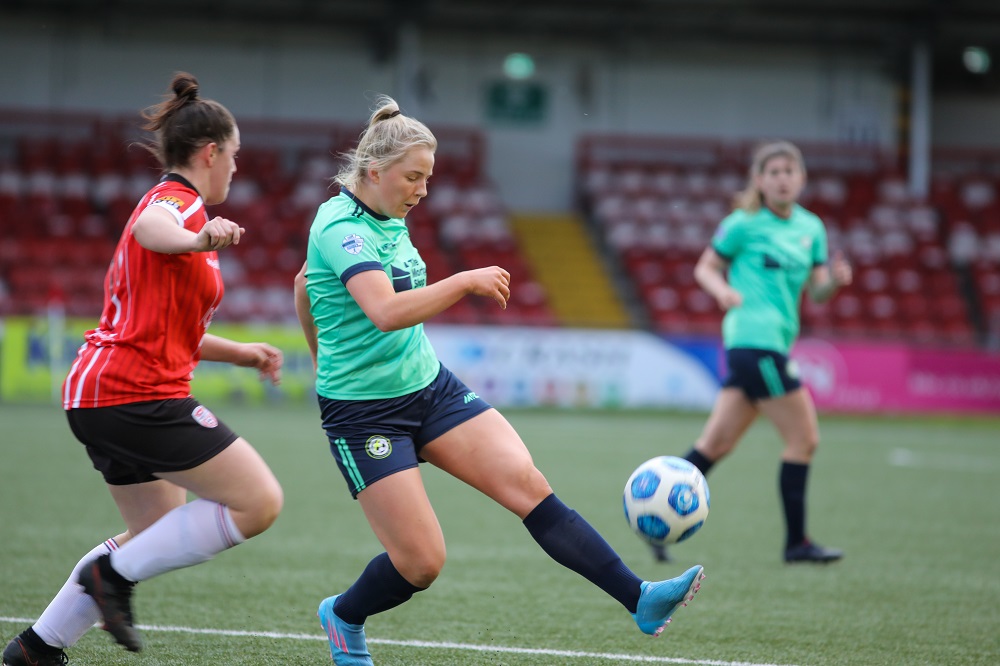 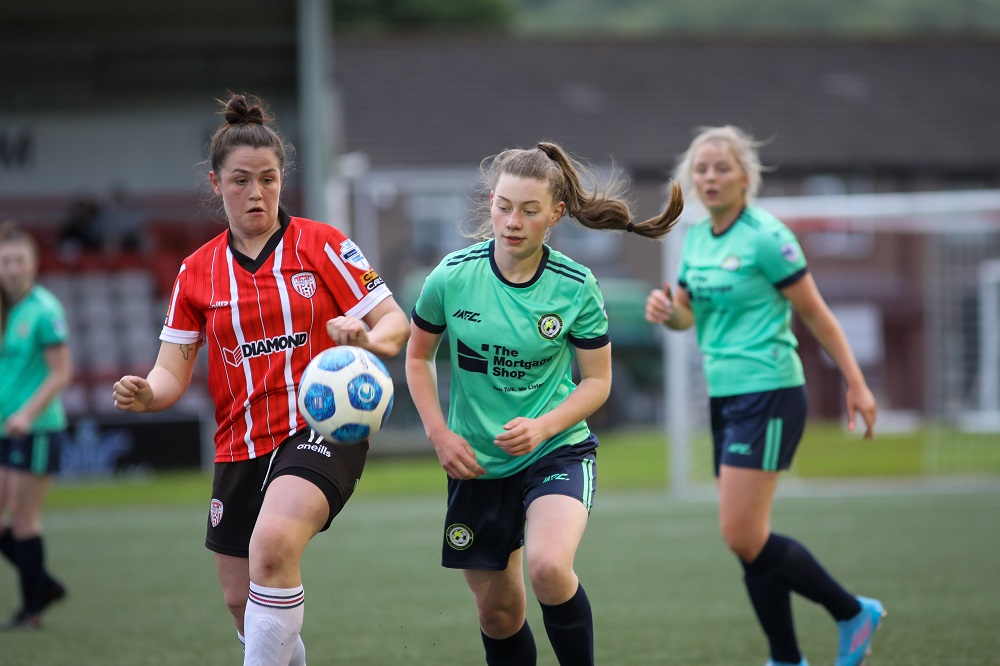 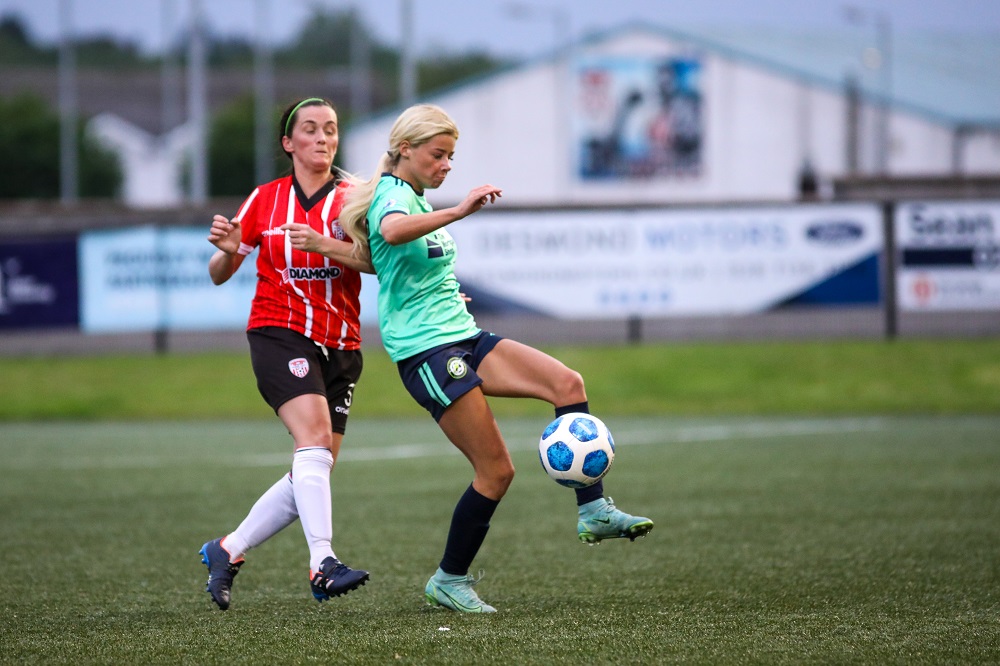 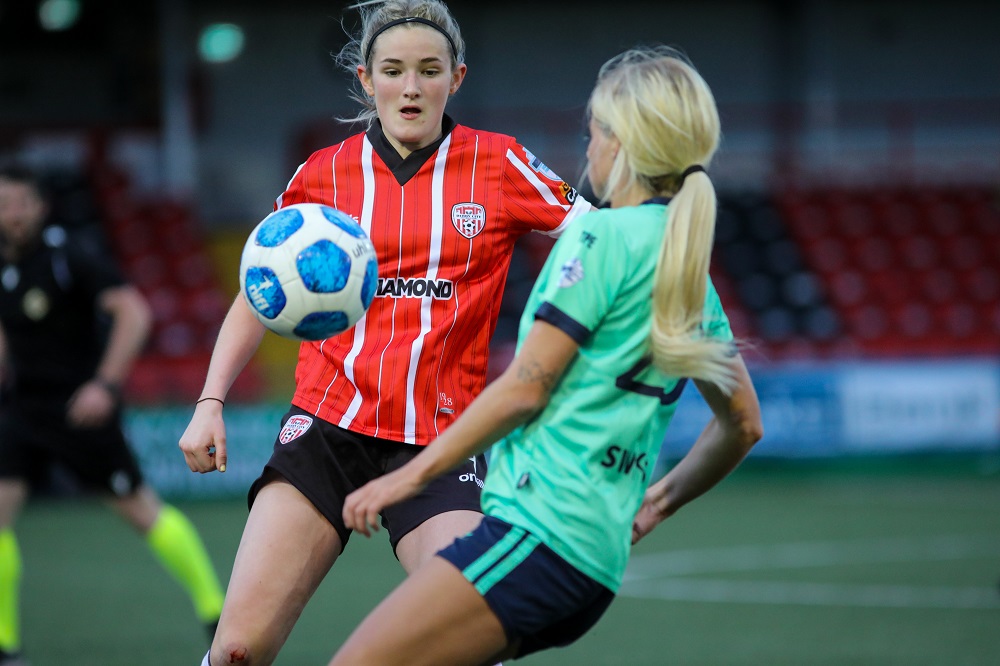