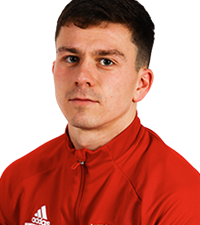 Ruairi signed for Annagh from Dungannon Swifts in August 2018, and was awarded with a renewed two-year professional contract a couple of years after that following 14 goals in 25 outings during the 2019/20 Premier Intermediate League title winning season.

Had previously spent six seasons at Stangmore Park, as well as a short spell with Loughgall.