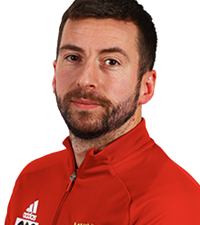 A striker, Murray made the switch to Annagh from Portadown in June 2021 following a season with the Ports which produced three goals from 23 appearances which included a brace in the first Mid-Ulster derby of the campaign, a game Portadown won 4-2.
Prior to his season-and-a-half with the Ports Murray had spent a couple of years at each of Glenavon, Warrenpoint Town and Armagh City.