BLUES STORM THROUGH TO CUP FINAL

Linfield produced a convincing display to reach the BetMcLean Cup final with a three-goal victory over Glentoran.

Despite a brisk opening to proceedings it took a little while for the first effort of note, and when it came it edged Linfield in front after Sam Roscoe connected with Matthew Clarke's inswinging corner to nod home at the near post.

Joel Cooper thought he had doubled Linfield's lead a few minutes later but his 'goal' was ruled out by the officials.

But Linfield's second did arrive just after the half-hour mark through Eetu Vertainen who was played clear and then had to bypass a number of defenders before firing home from around 12 yards out.

Glentoran might have hit back almost immediately but Aaron Wightman was thwarted by a timely Jimmy Callacher block.

At the other end Aaron McCarey twice denied the Blues with headers from both Roscoe and Callacher as Linfield chased a third goal.

They eventually did grab number three to put the game to bed with a quarter-of-an-hour remaining through Cameron Palmer who directed home a stooping header after Robbie McDaid had knocked on a Conor Pepper cross. 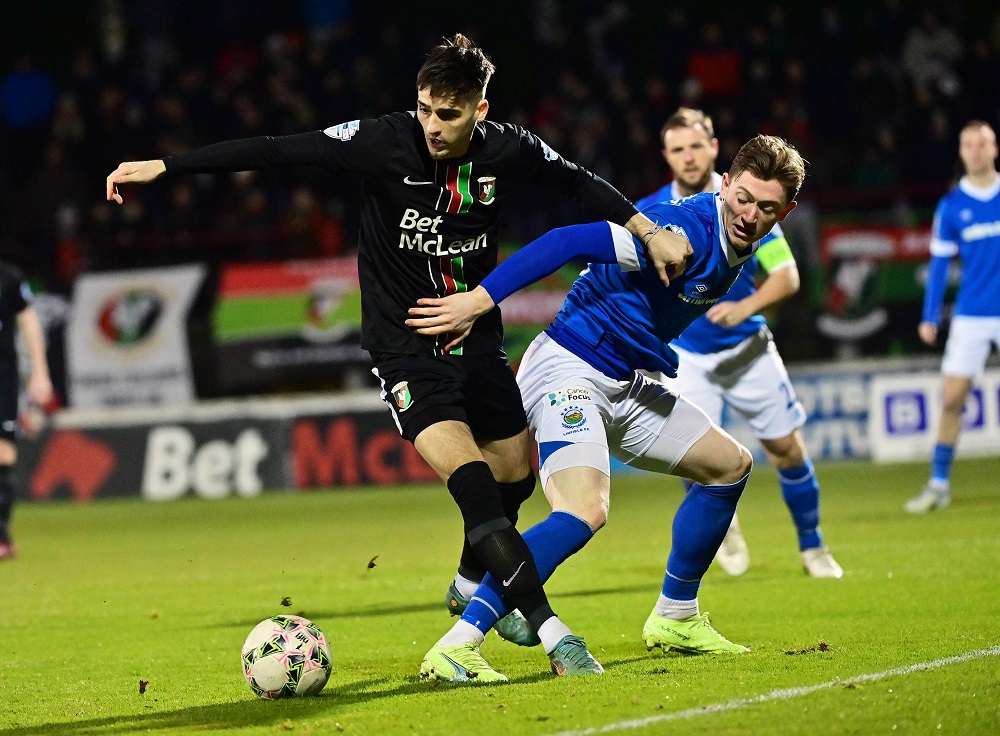 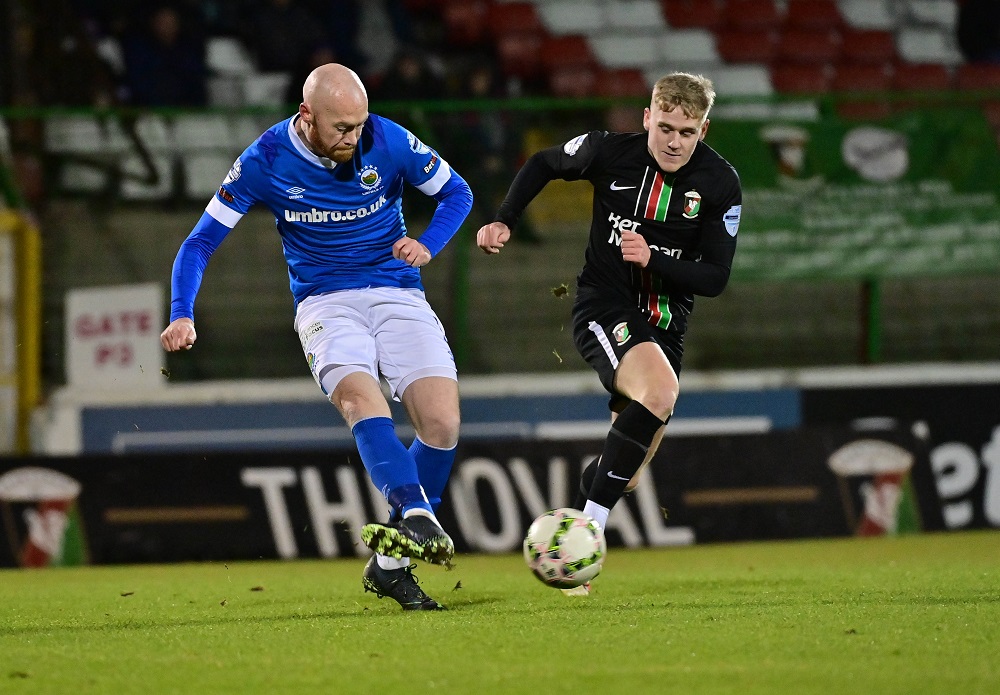 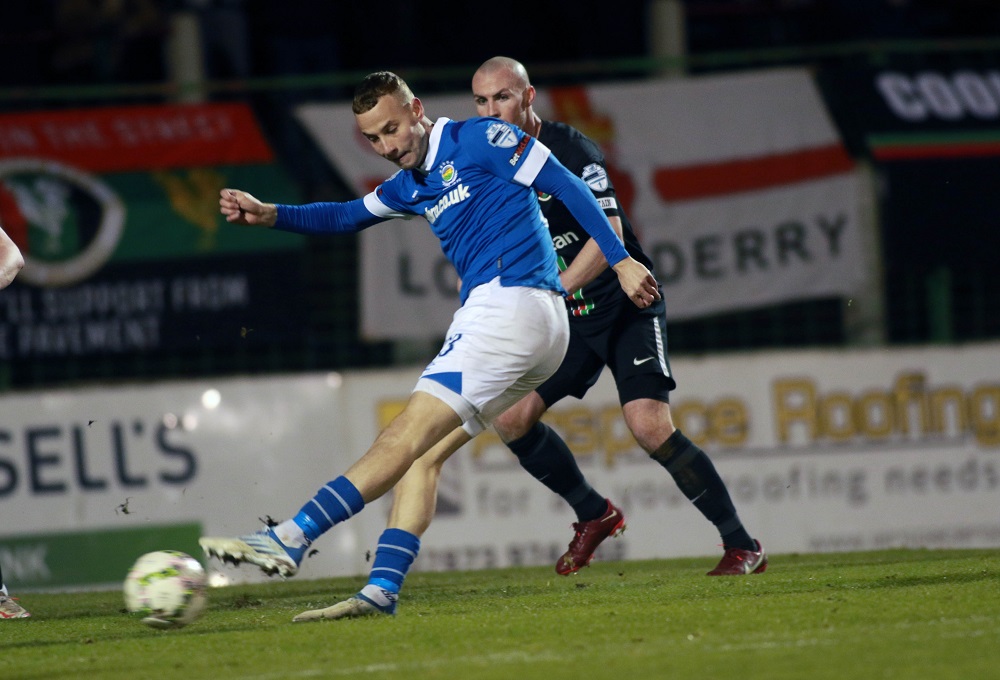 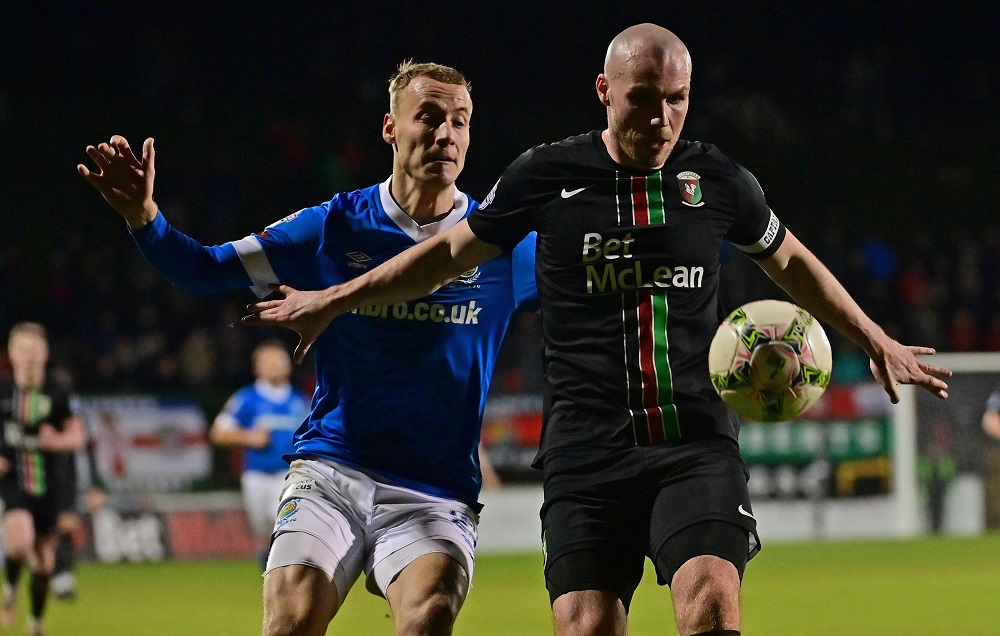 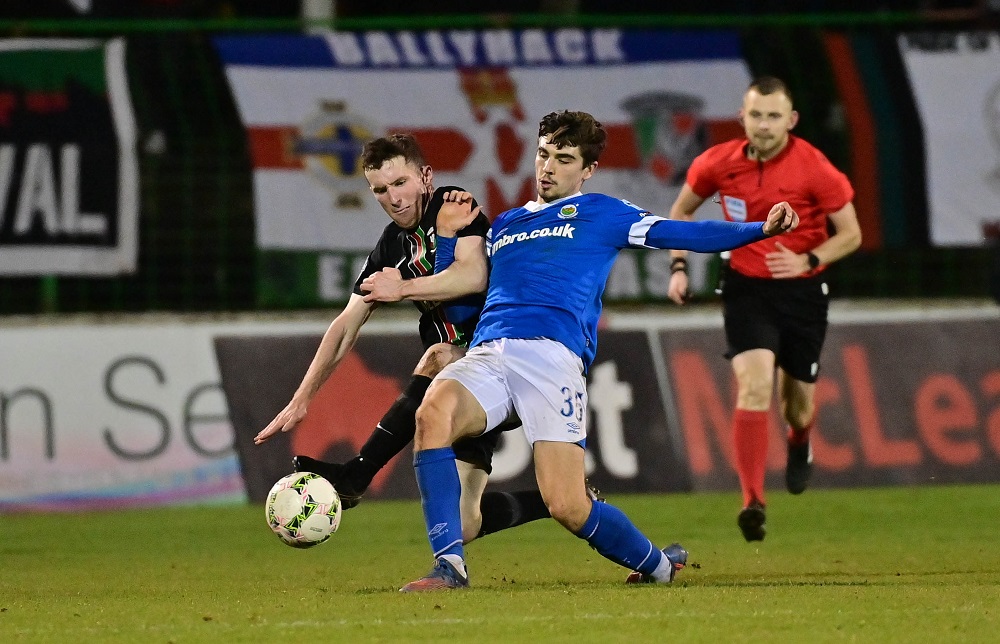 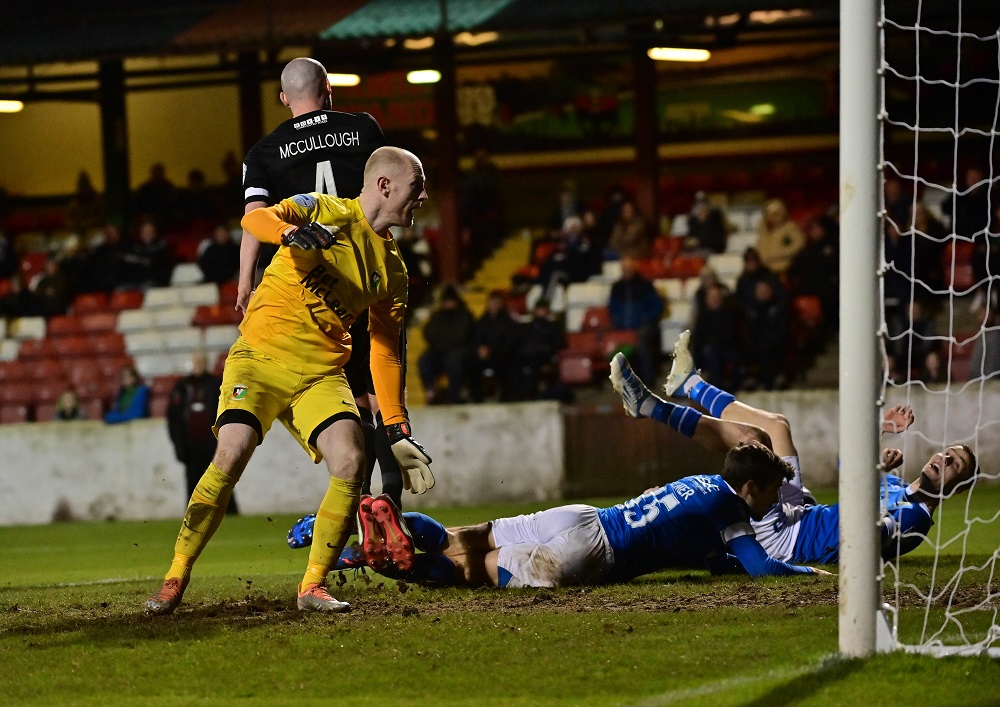