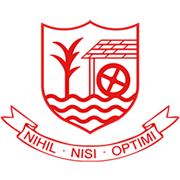 NEWRY CRUSH BALLYCLARE AT THE SHOWGROUNDS

Newry City stormed to a sweeping defeat of Ballyclare Comrades at the Showgrounds to stretch their current run to five wins in seven games across all competitions.

John McGovern opened the scoring for Darren Mullen's side on 21 minutes after he was set free by a through ball down the middle to beat keeper Ben McCauley from outside the box.

It was 3-0 on 41 minutes after Mark Hughes was presented with a simple tap-in a low ball from the right was parried into his own path.

Ballyclare were thrown a lifeline in first half stoppage time when Woods crossed from the right for Joe Tully to head into the corner of the net from six yards.

Adam Foley might have restored Newry's three goal lead just after the hour only to strike the post with a shot from the left but two goals late in the game did ensure City closed the game out in comfort.

Hughes doubled his tally from the spot on 82 minutes - awarded after Woods had brought down McGovern - before McCabe knocked home a fifth from close range.