GOALS SHARED AS GLENAVON AND GLENTORAN KICK OFF NEW CAMPAIGN

Glenavon and Glentoran kicked off the new Danske Bank Premiership campaign with a share of the spoils at Mourneview Park.

The game got off to a storming start with both goals coming inside the opening quarter-of-an-hour.

The honour of grabbing the first goal of the new season fell to Glentoran's Darren Murray when, after just four minutes, he ran onto a John Herron pass to send a right foot finish past Johnny Tuffey.

However, Glenavon were back on level terms on 13 minutes with a Sammy Clingan free-kick from just outside the area which crept low past Marijan Antolovic at the near post.

And Gary Hamilton's side might have gone in front themselves soon after when Robert Garrett teed up Jordan Jenkins to smash an effort against the crossbar.

Then, at the other end, Thomas Byrne produced an excellent stop from Tuffey with a low dive to his right as the excellent start to the game continued.

Glenavon were then reduced to ten men following Rhys Marshall's foul on Joe Crowe for which he received his second caution of the evening.

The second half was a more scrappy affair with chances not as plentiful, with Murray perhaps coming closest when he connected with a Patrick Byrne free-kick only to fire over.

Glentoran did enjoy the majority of possession as the game progressed but were unable to get past a well marshalled home defence. 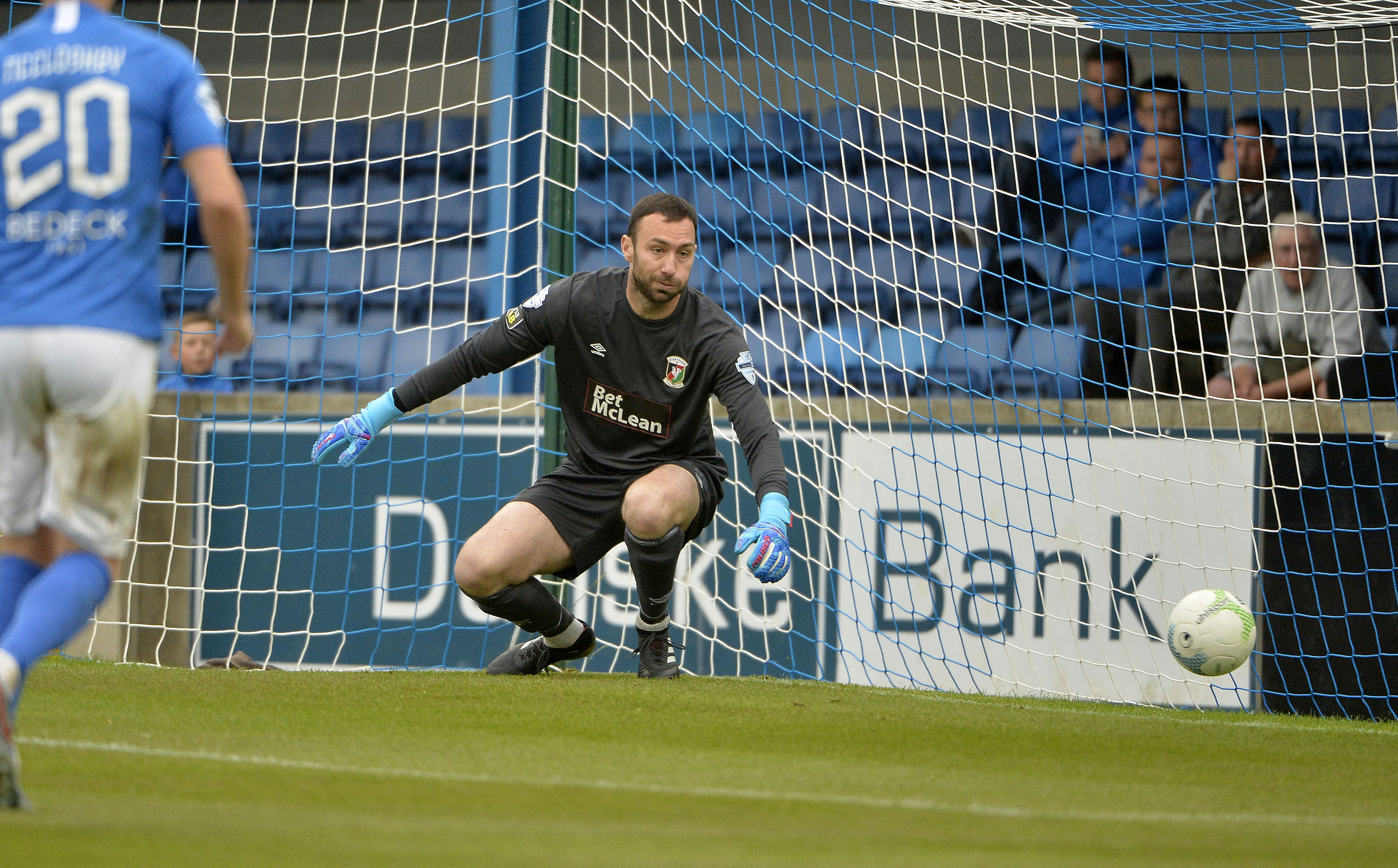 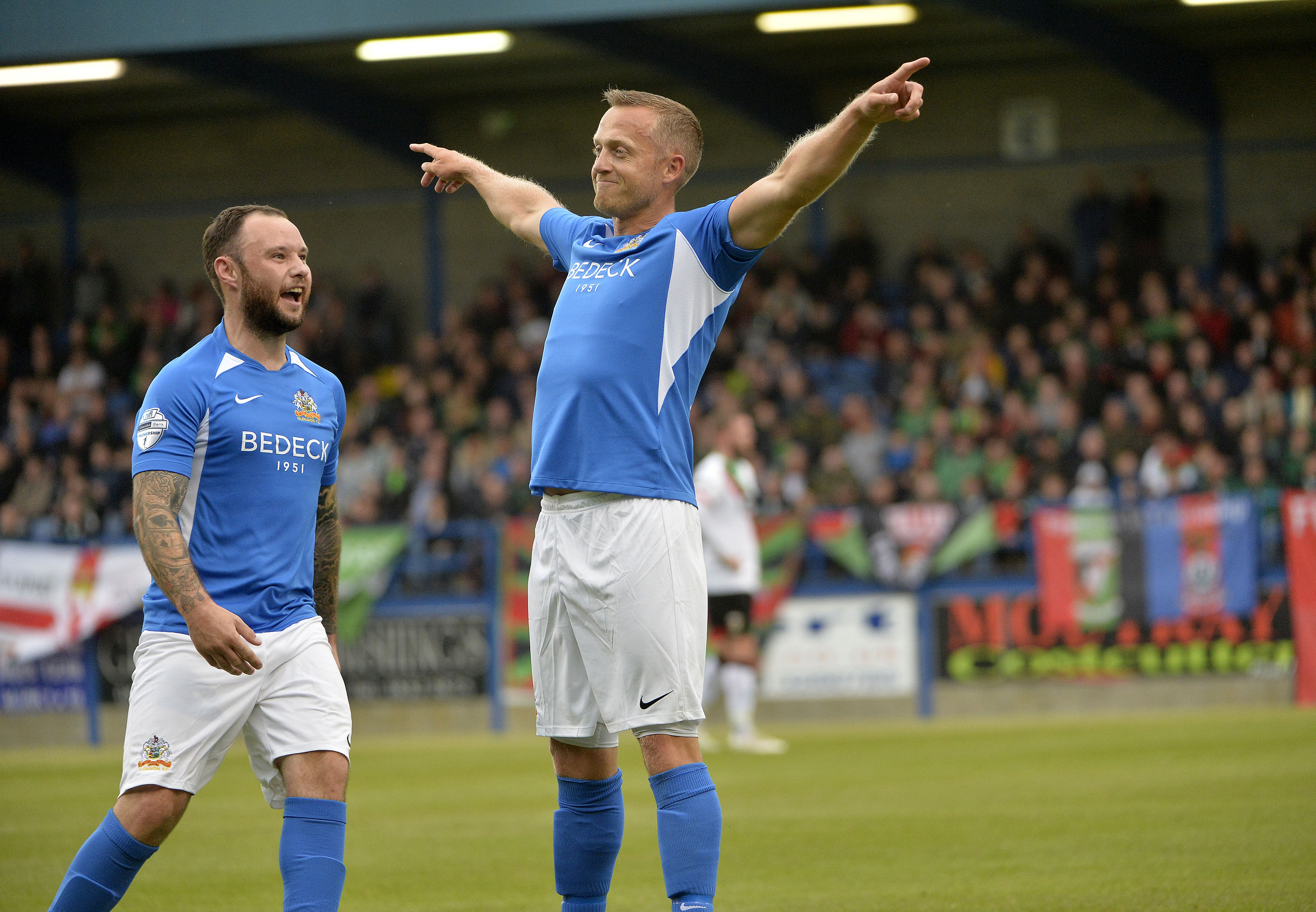 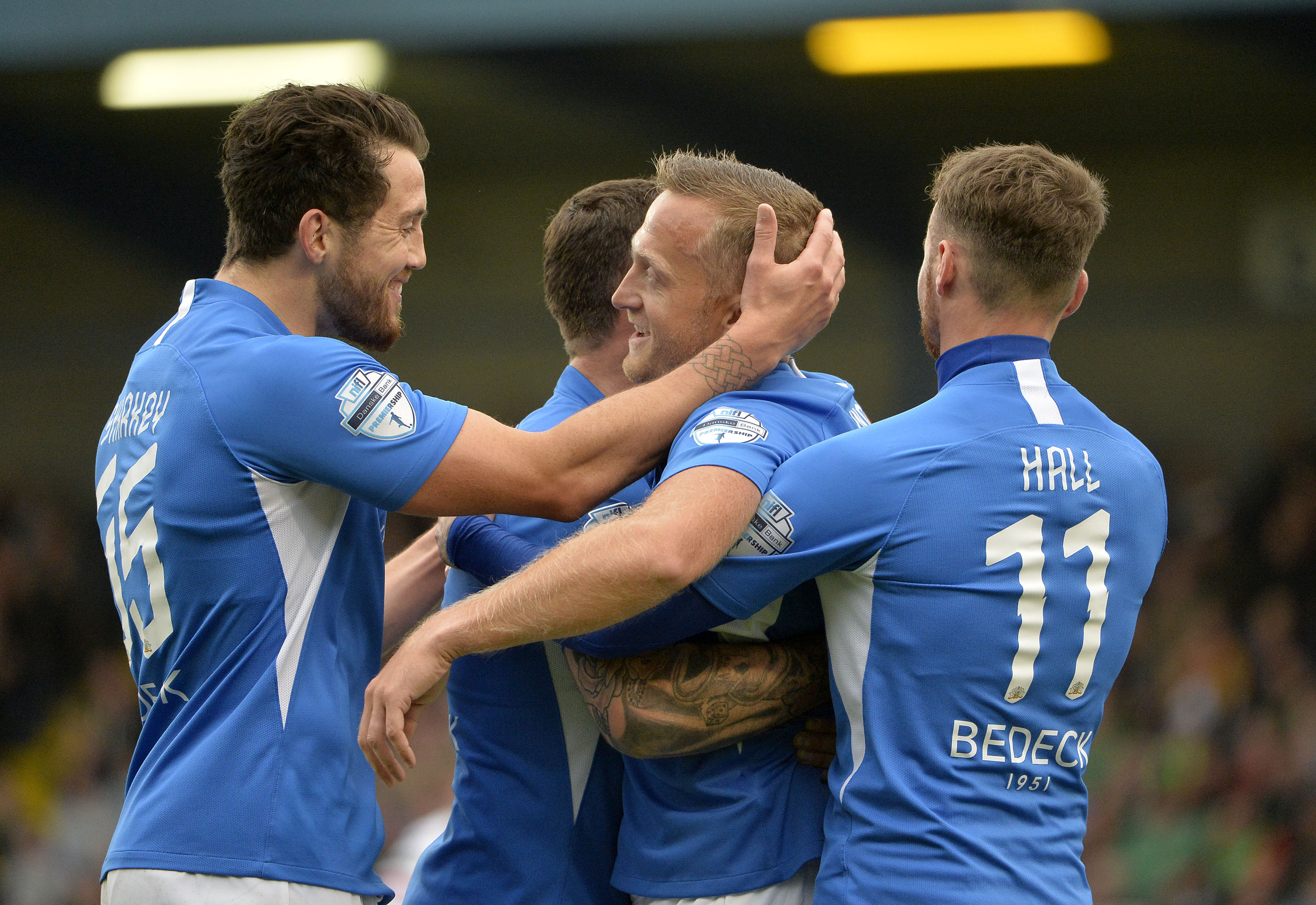 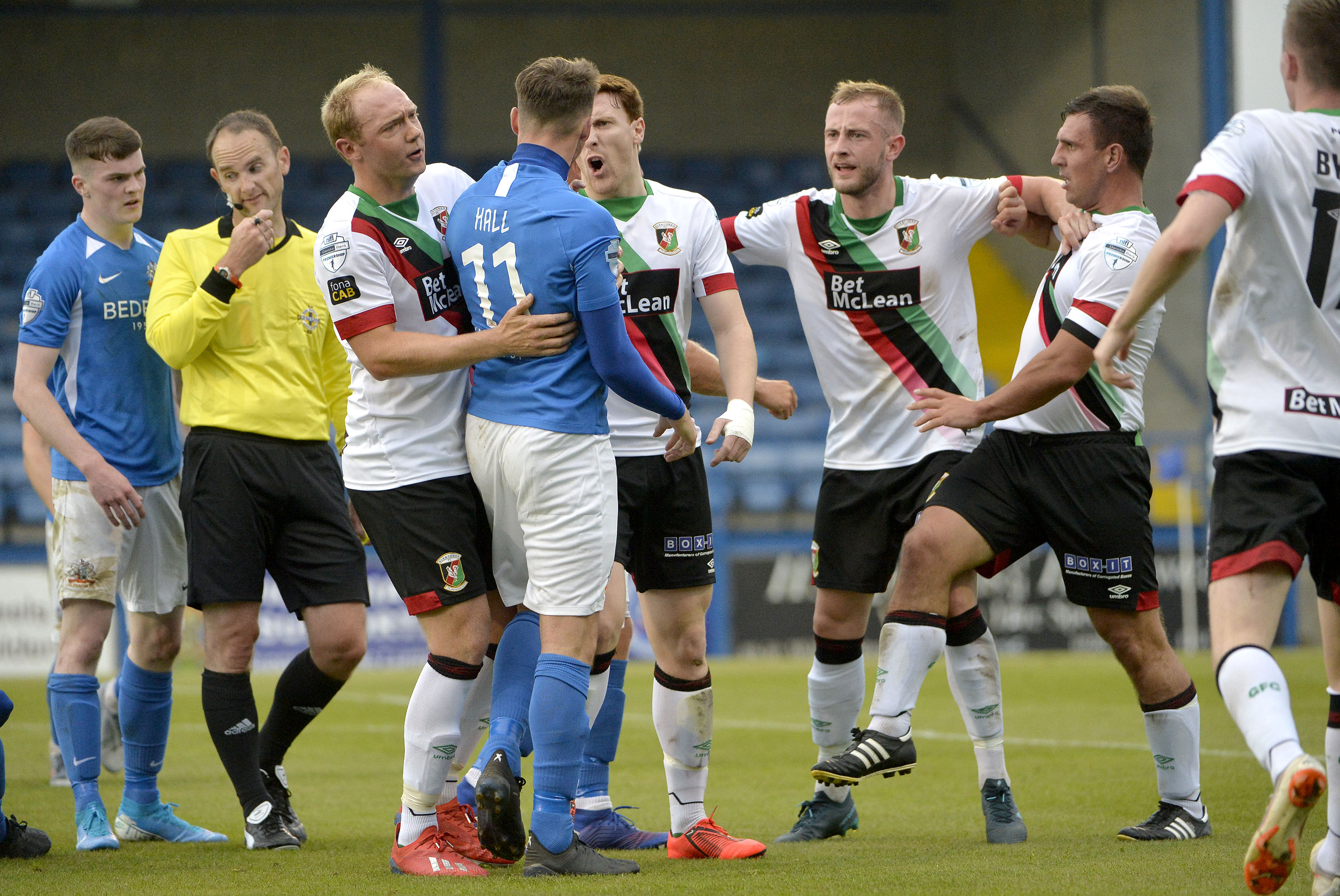 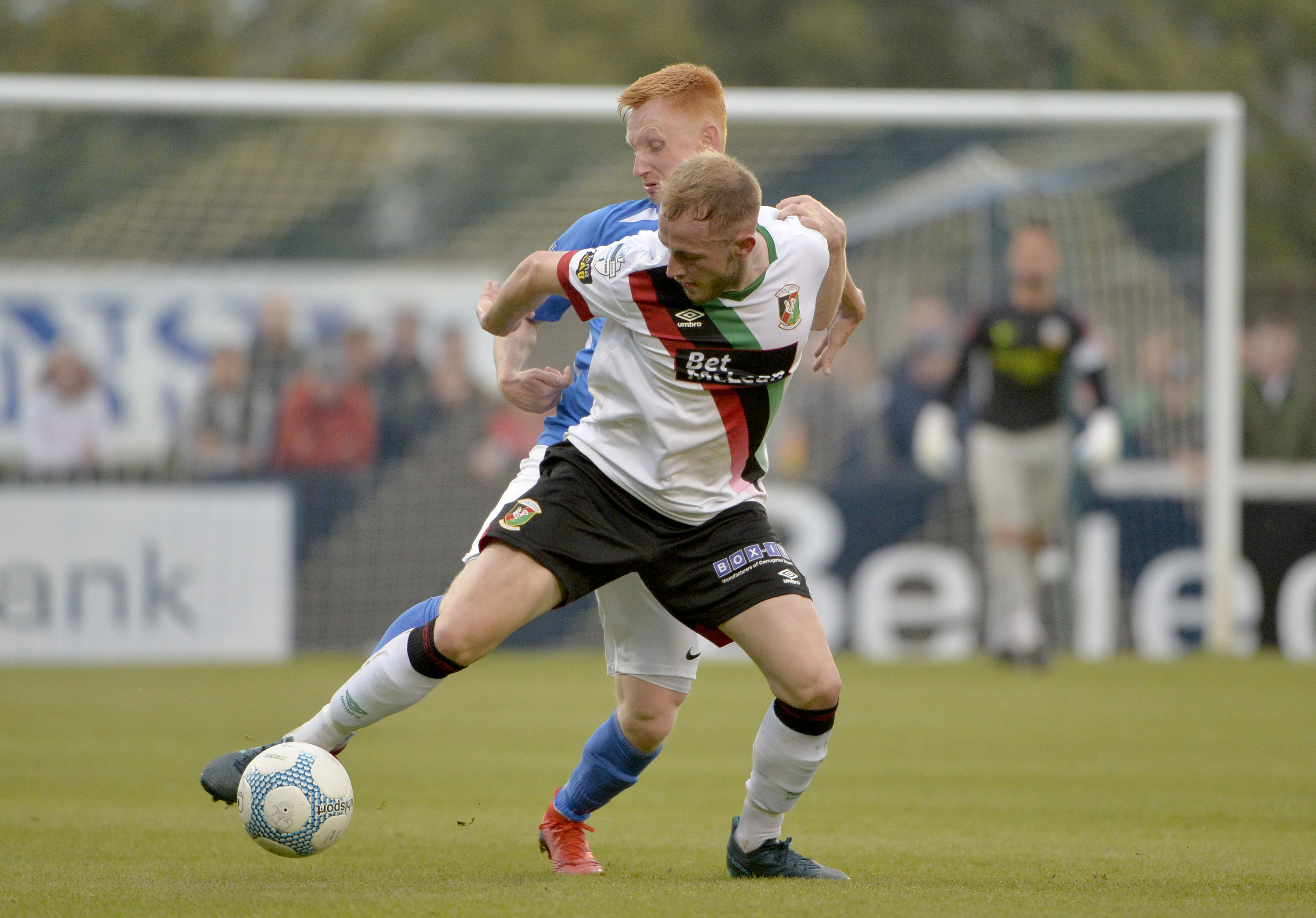