Linfield kicked off their Danske Bank Premiership defence with victory over Institute at Windsor Park.

However, they were forced to come from behind to do so after 'Stute opened the scoring as early as the sixth minute when Gareth Brown was upended by keeper Rohan Ferguson with Joe McCready confidently stepping up to tuck away the subsequent spot-kick.

Linfield levelled on 12 minutes, though, thanks to Kirk Mllar's close range back post touch from Shayne Lavery's delivery.

That was how it stayed until five minutes from the break before Jordan Stewart fired David Healy's side in front with a rasping effort from Bastien Héry's pass.

Millar might have added a third early in the second half with a curling right-foot effort which clipped the top of the crossbar before, a couple of minutes later, Ryan McGivern did make it 3-1 after rising highest to head home Matthew Clarke's right-sided corner.

The chances continued with Lavery seeing the ball go narrowly wide one-on-one with keeper Martin Gallagher with Daniel Kearns later striking the post and the teeing Stewart up to send another shot just wide.

'Stute came close on occasion, too, with Raymond Foy just hitting an effort from the edge of the box the wrong side of the target. Then, in the closing minutes, McCready was unlucky to see the ball come back off a post and into the arms of Ferguson. 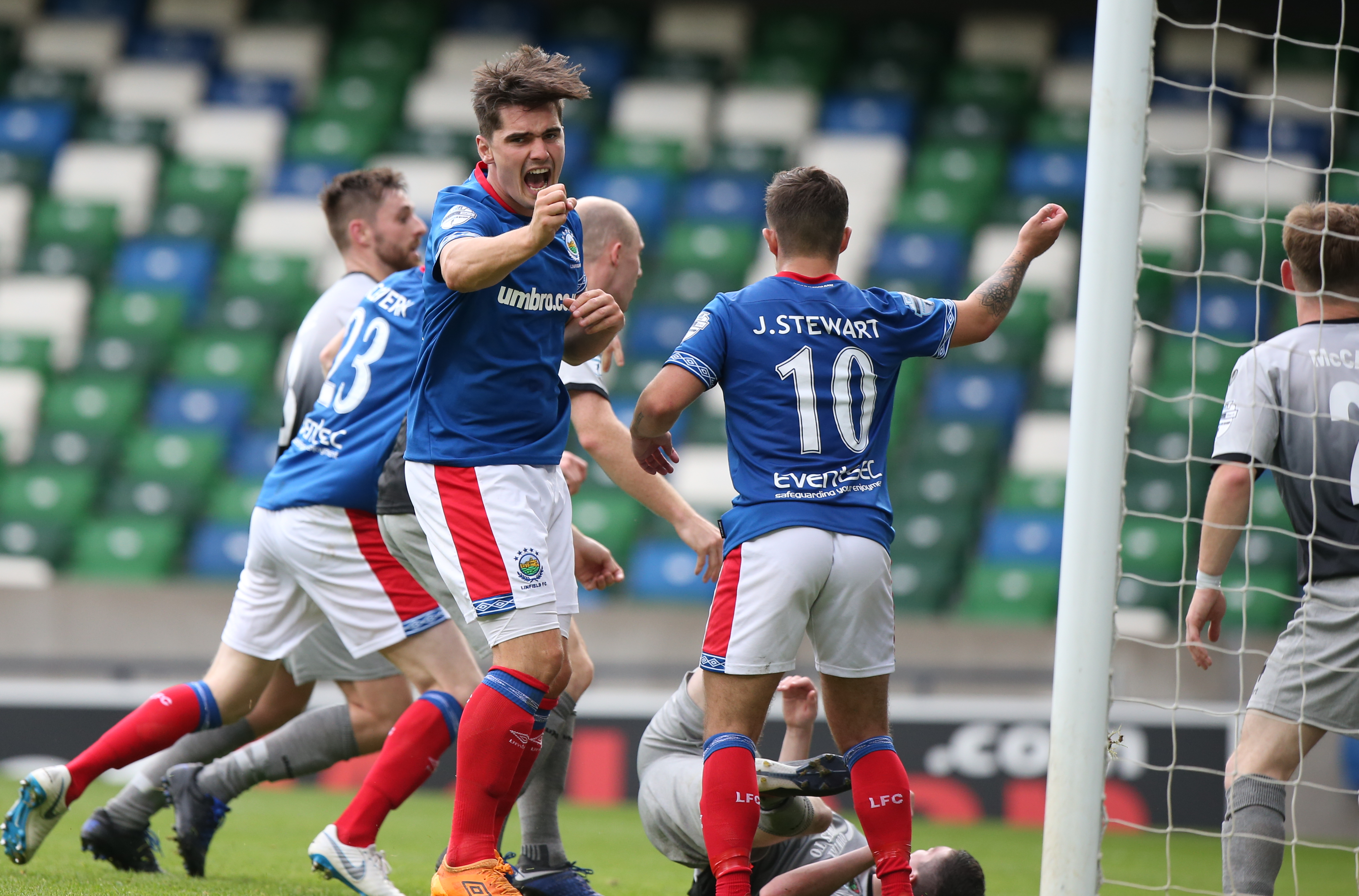 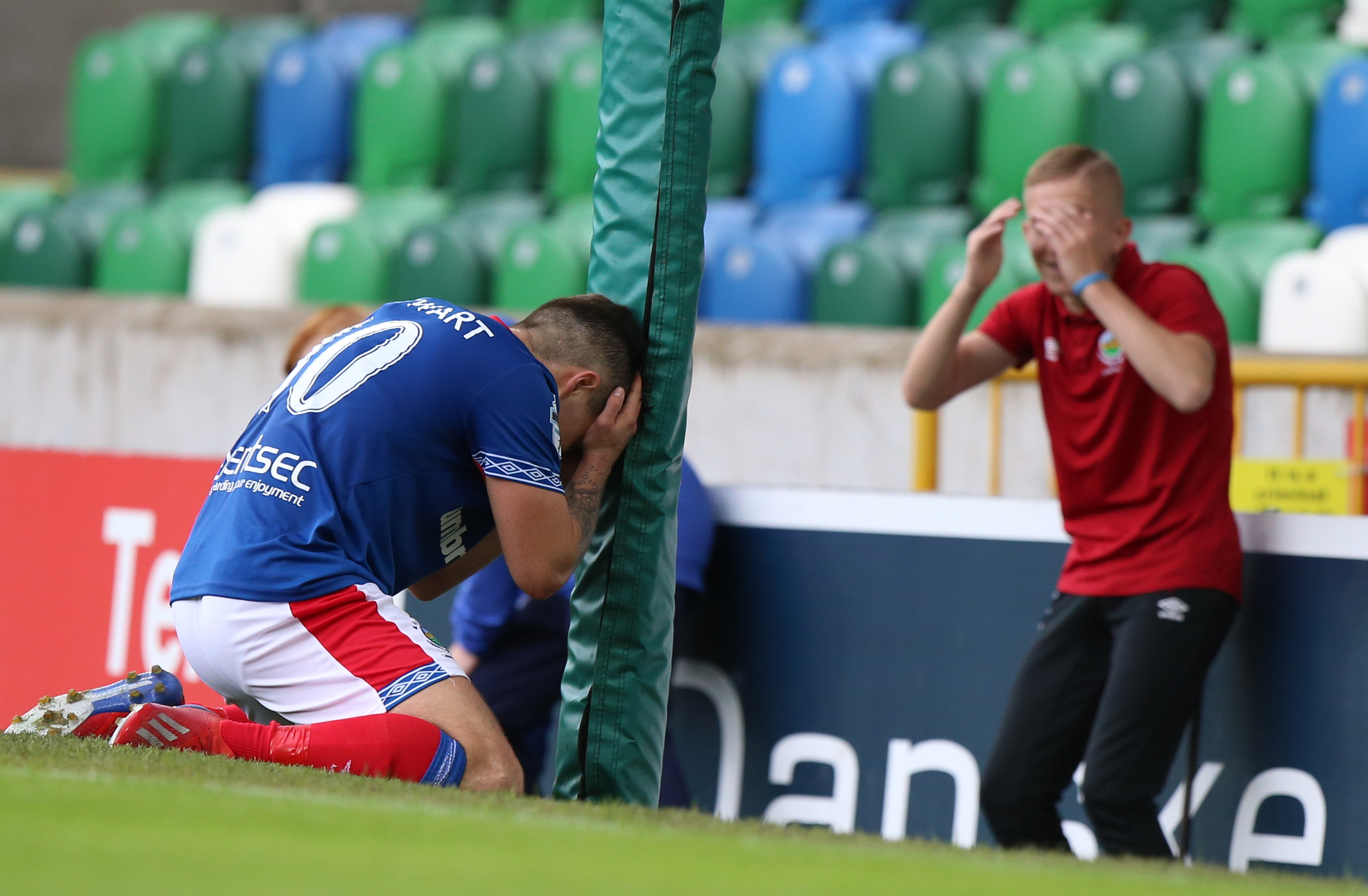 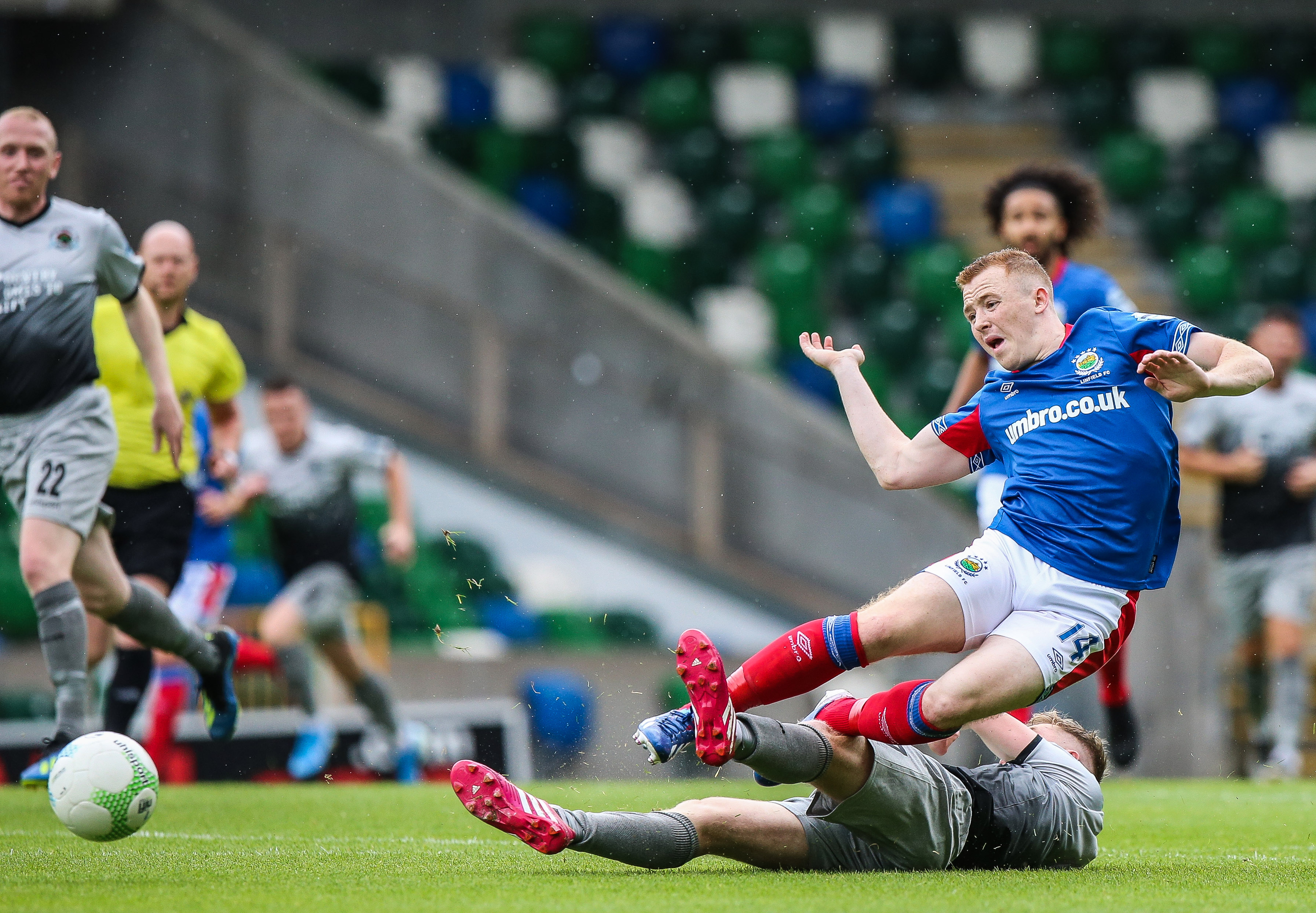 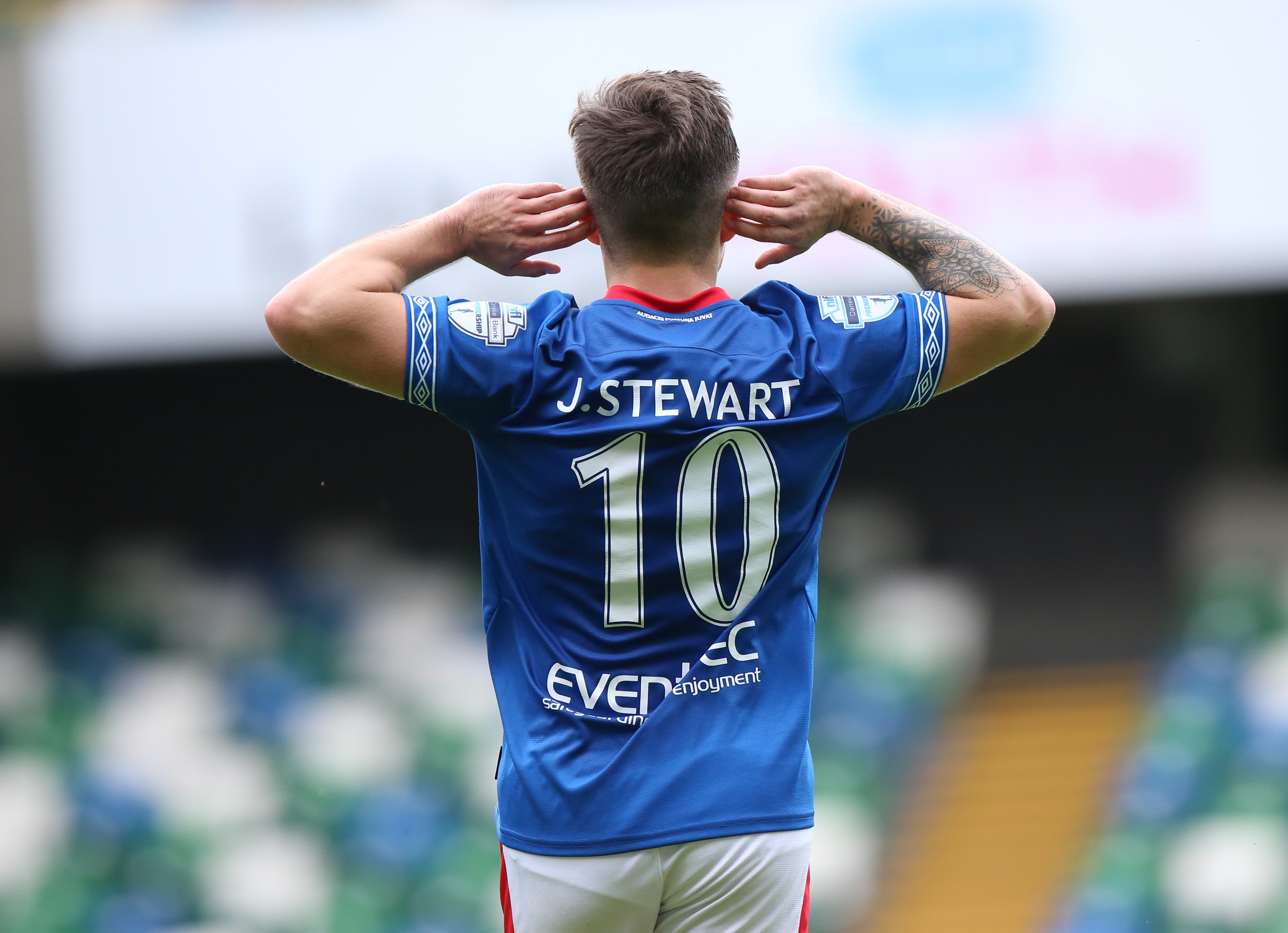 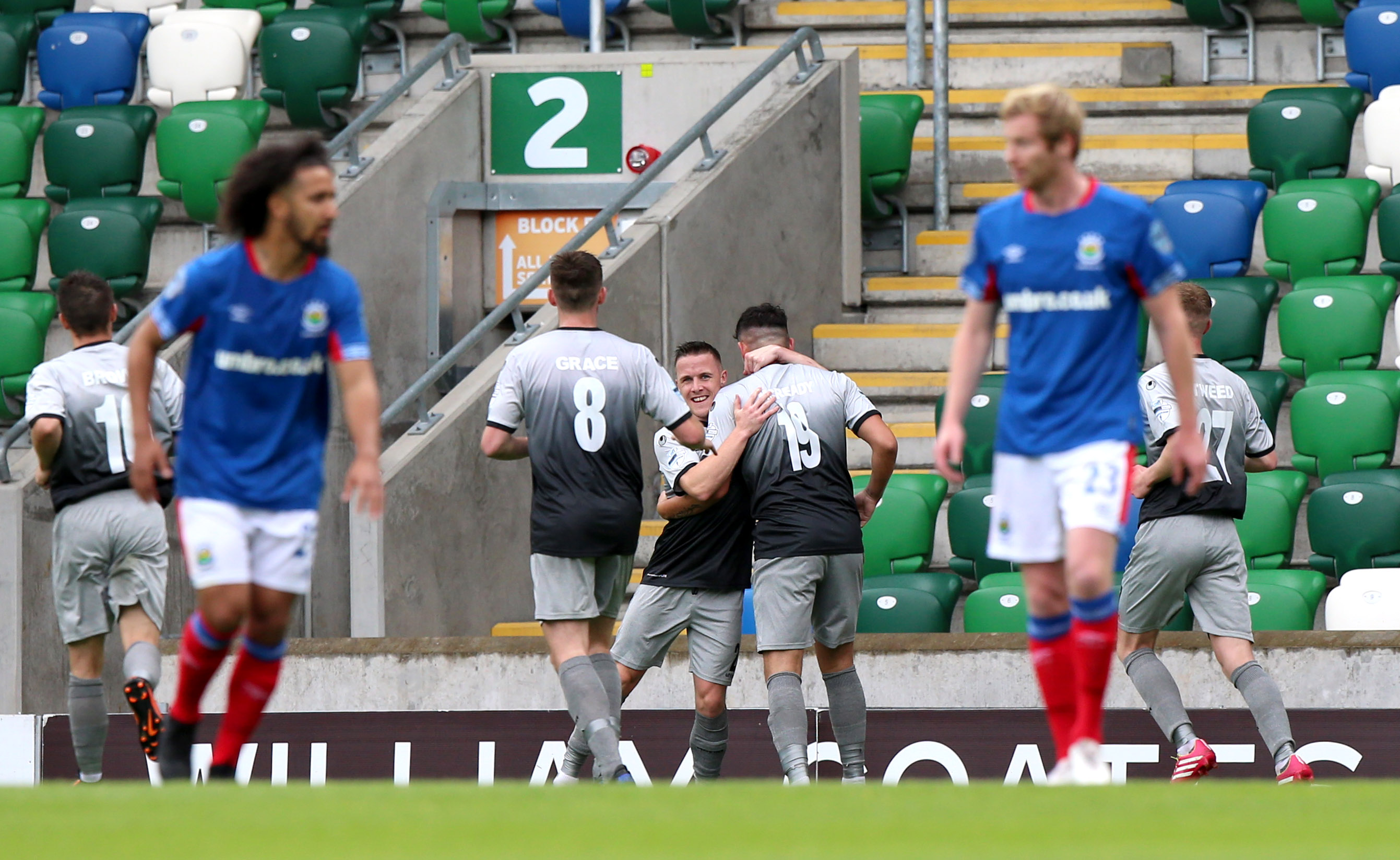