Dungannon Swifts moved into second place in the table following this win over Glentoran at Stangmore Park.

Kris Lindsay's side seized the advantage midway through the first half through close season arrival Dylan King who scored his first goal for the club with a 35-yard finish into the bottom corner beyond keeper Marijan Antolović.

Thomas Byrne missed a chance to level for the Glens on 35 minutes only to send the ball over at the back post while, early in the second half, Curtis Allen controlled the ball before firing wide of the target.

Indeed, Glentoran pushed hard for the equaliser but a combination of bodies on the line and the quick reactions of Swifts keeper Sam Johnston kept the visitors at bay.

Those missed opportunities proved costly on 76 minutes when Ryan Waide doubled Dungannon's lead with a sweeping finish past Antolović after Oisin Smyth cut the ball back from the left.

And it was 3-0 right at the end courtesy of Seanan Clucas' converted spot-kick awarded following Patrick McClean's foul on winger Craig Taylor.

Paul O'Neill did pull one back for Glentoran in stoppage time following a defensive mix-up but it proved to be scant consolation for Mick McDermott's side. 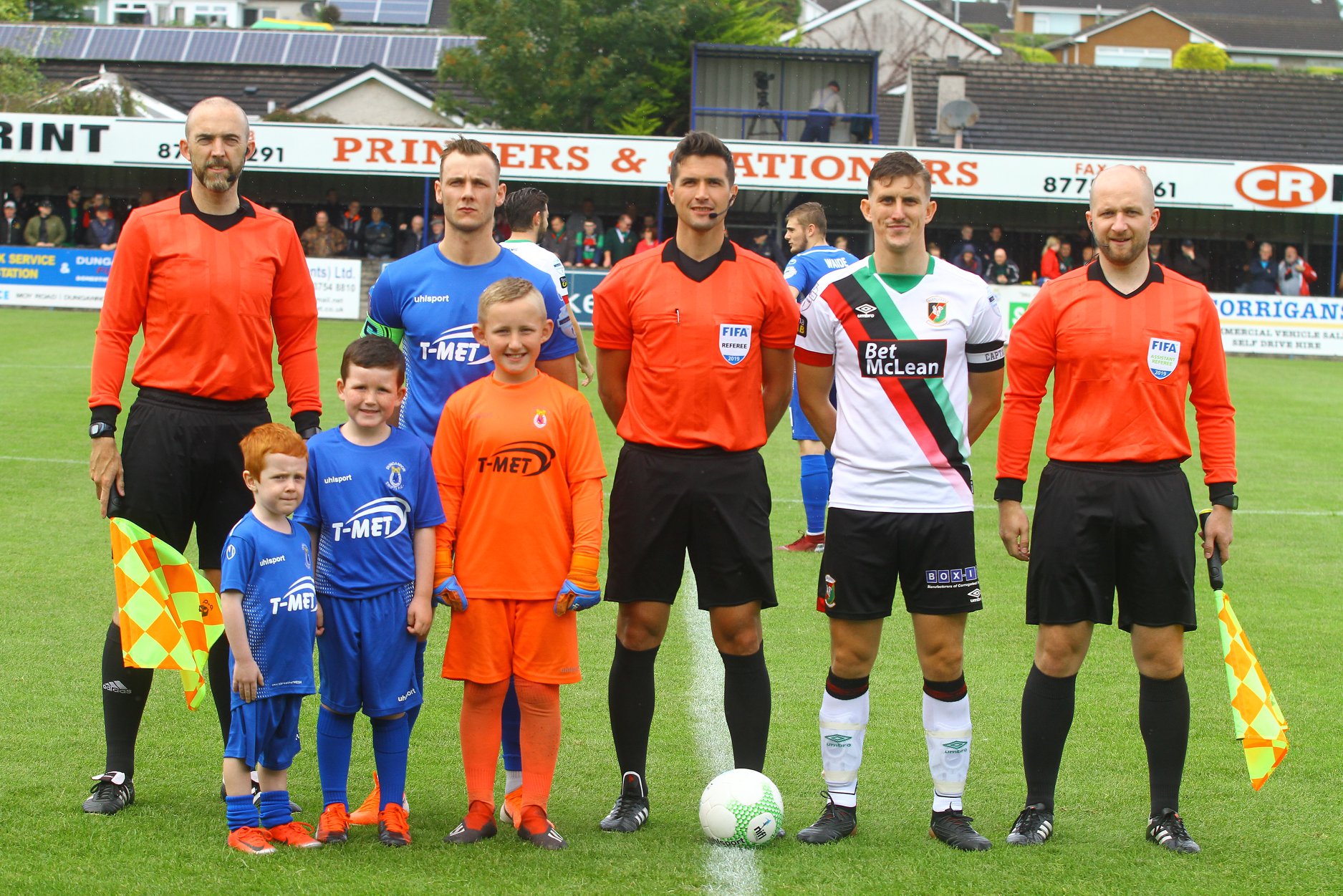 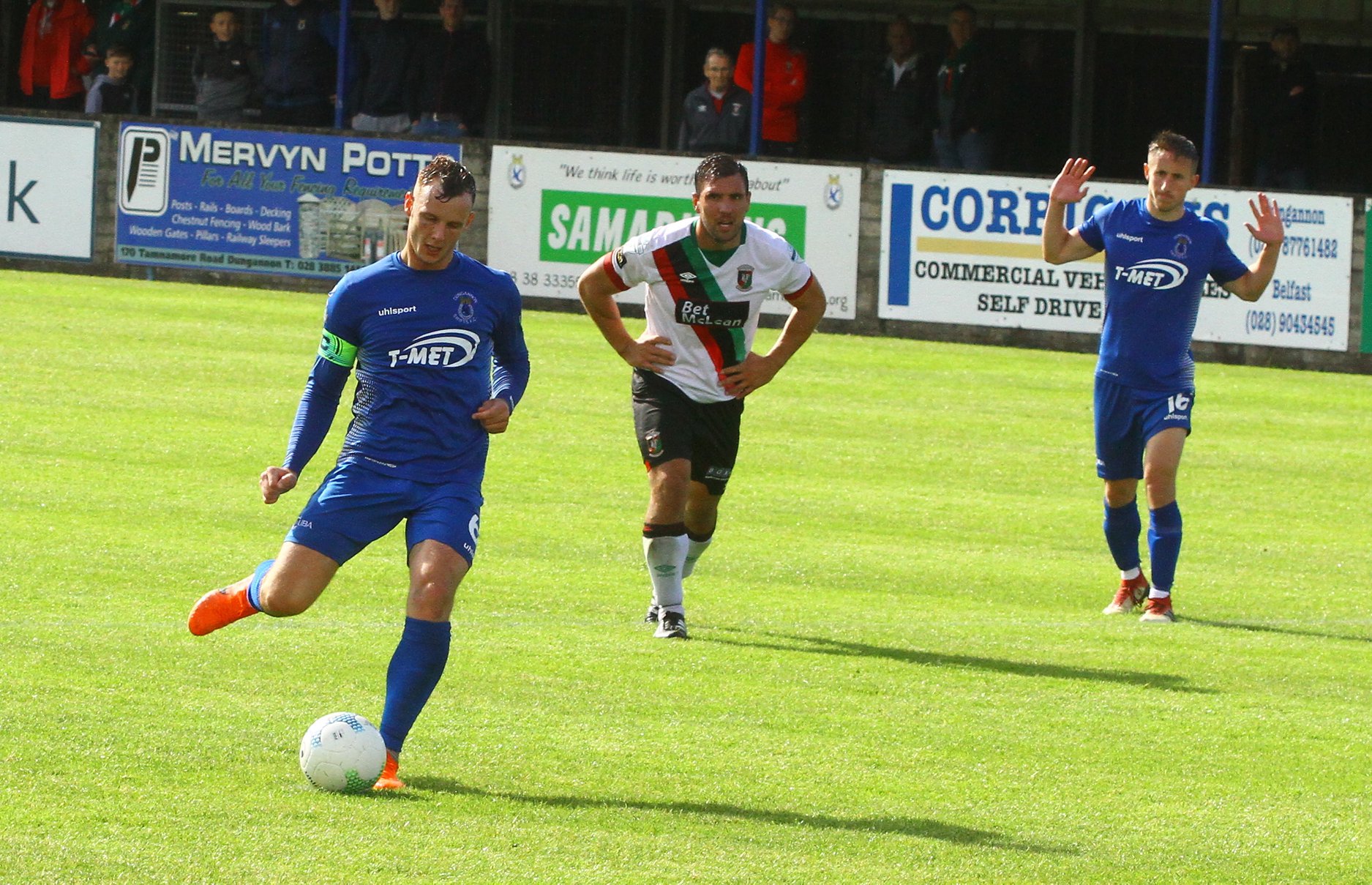 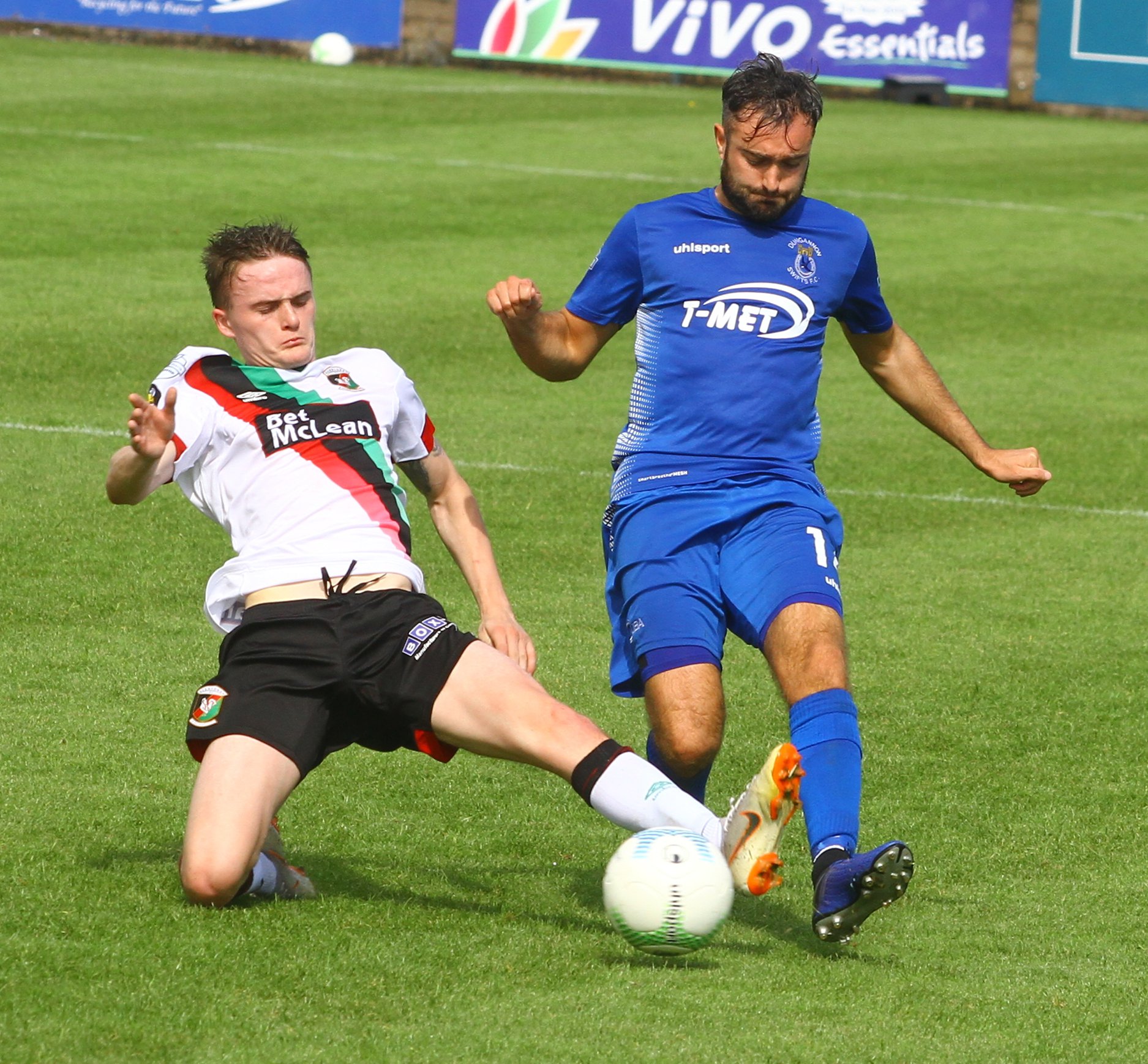 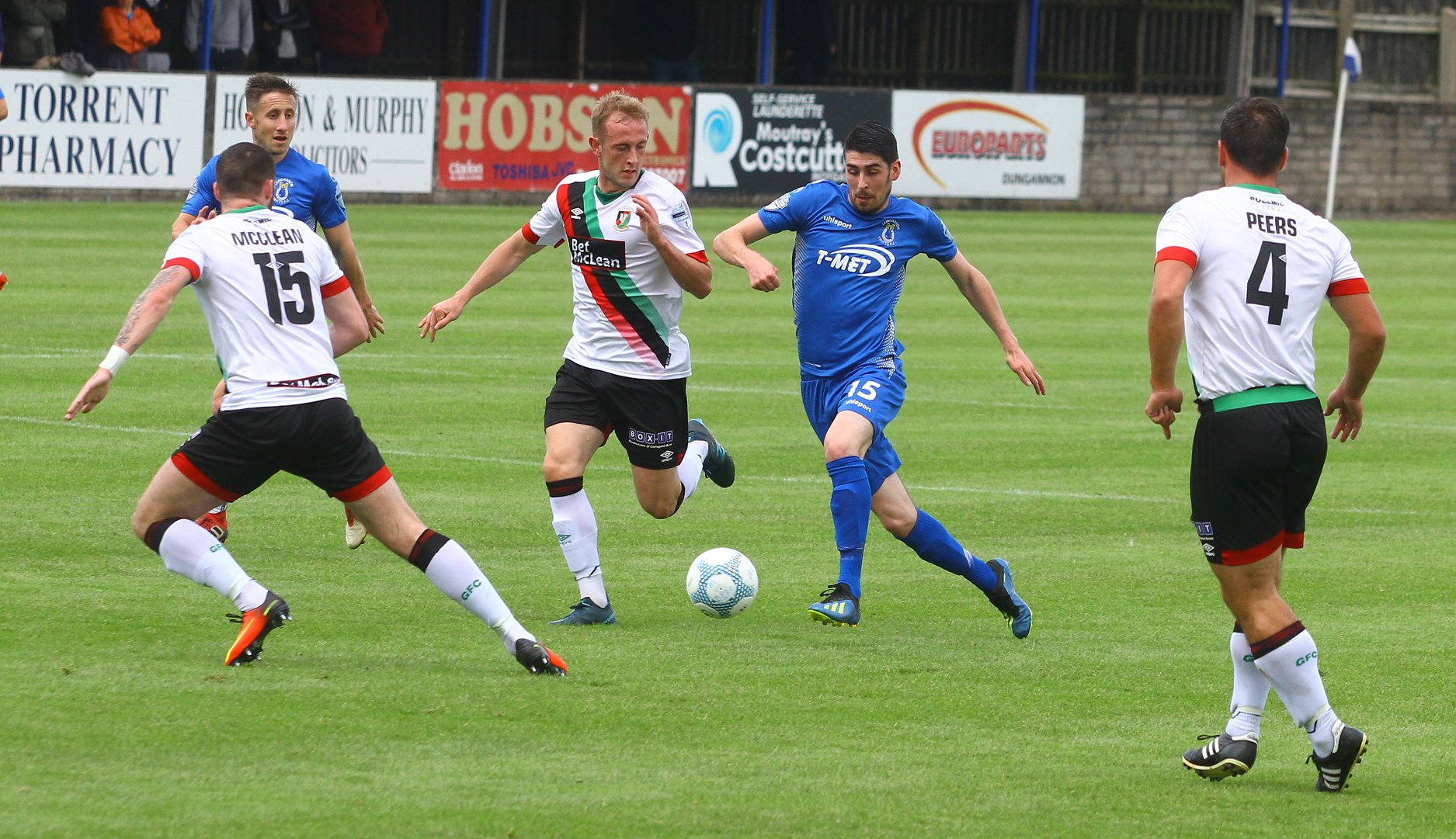 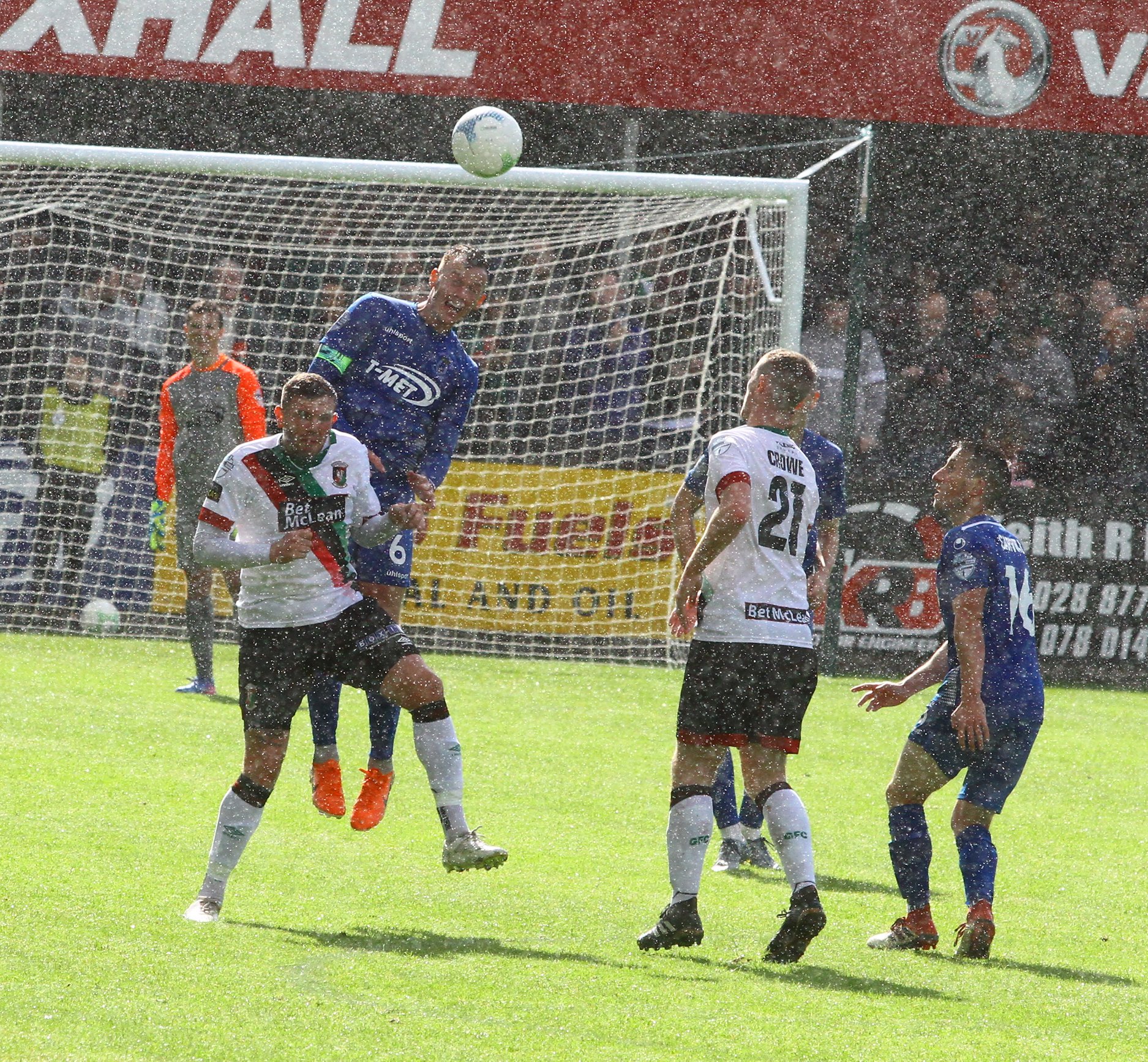 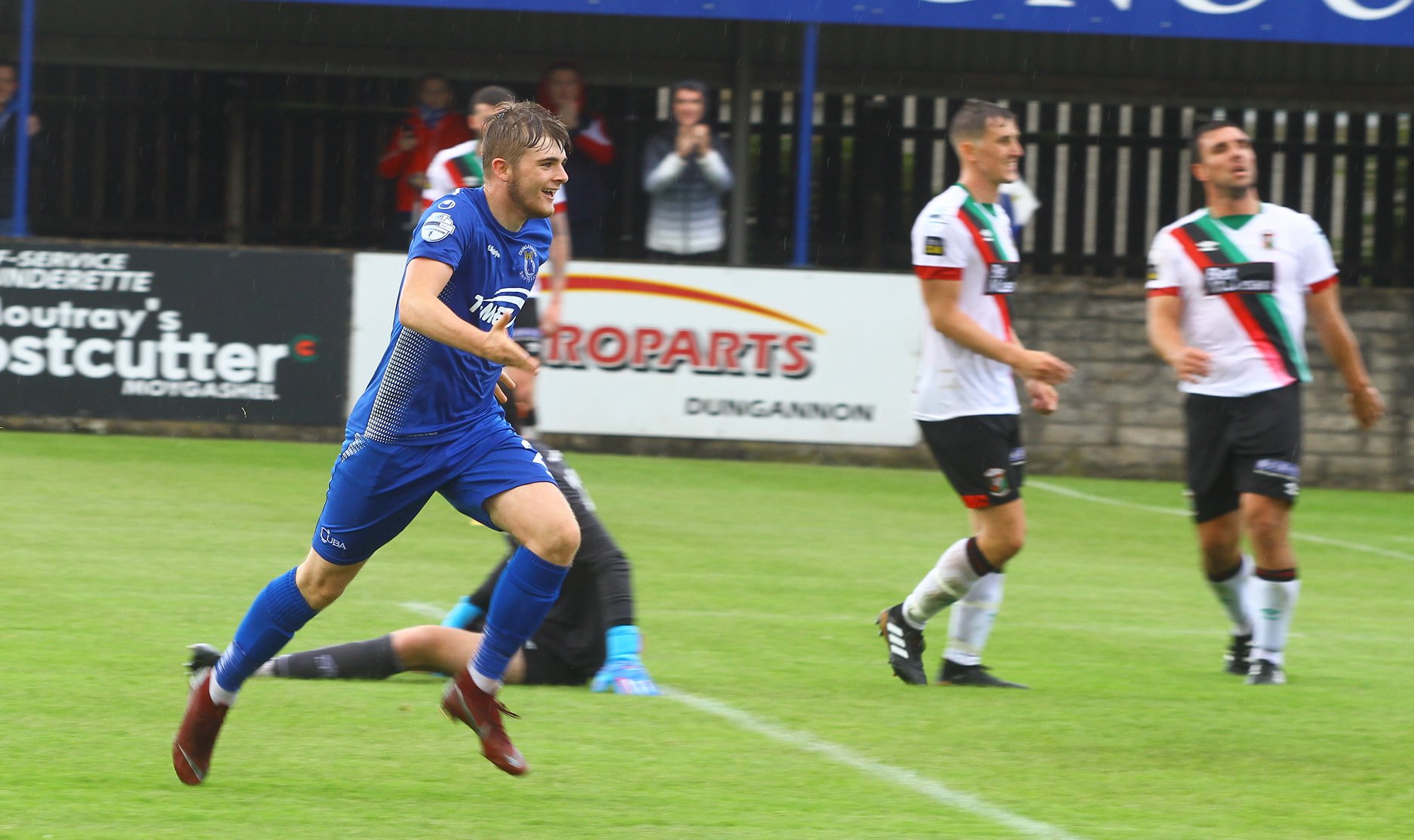