Linfield were brought crashing back to earth following their European heroics with a crushing defeat to Coleraine at Windsor Park.

The Bannsiders, one of only two teams to beat the Blues last season, needed just 14 seconds to race into the lead when Ben Doherty curled an unstoppable left-foot effort into the left corner from outside the area.

It got worse for Linfield midway through the first half. A corner was delivered to the far post with Ryan McGivern rising highest to meet it only to head into his own net whilst attempting the clearance.

That was how it stayed until just after the hour when Stephen O'Donnell added to Coleraine's lead with a header beyond Rohan Ferguson after Doherty had floated over a free-kick from the right.

Linfield staged something of a revival after that to set up a grandstand finish.

Joel Cooper pulled a goal back on 65 minutes with a free-kick which evaded Chris Johns before, seven minutes after that, Shayne Lavery reduced the deficit further with an unmarked header from a corner.

But any hopes of grabbing a dramatic equaliser were dealt a blow on 77 minutes when McGivern was dismissed for a foul on Eoin Bradley, his second caution of the game.

And Coleraine made sure right at the end thanks to substitute Emmett McGuckin who took the ball round Ferguson for number four after pouncing on a sloppy Kirk Millar backpass. 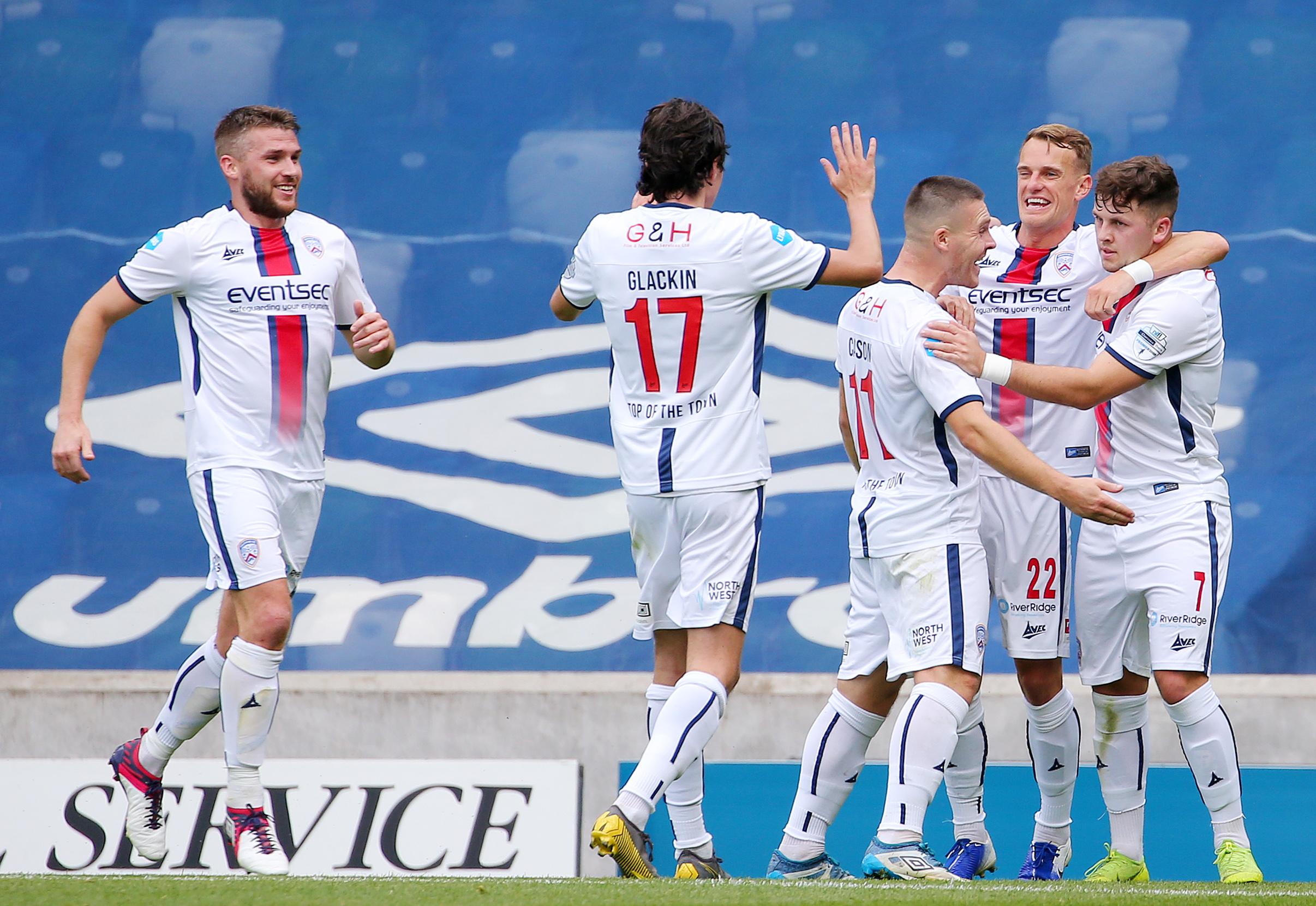 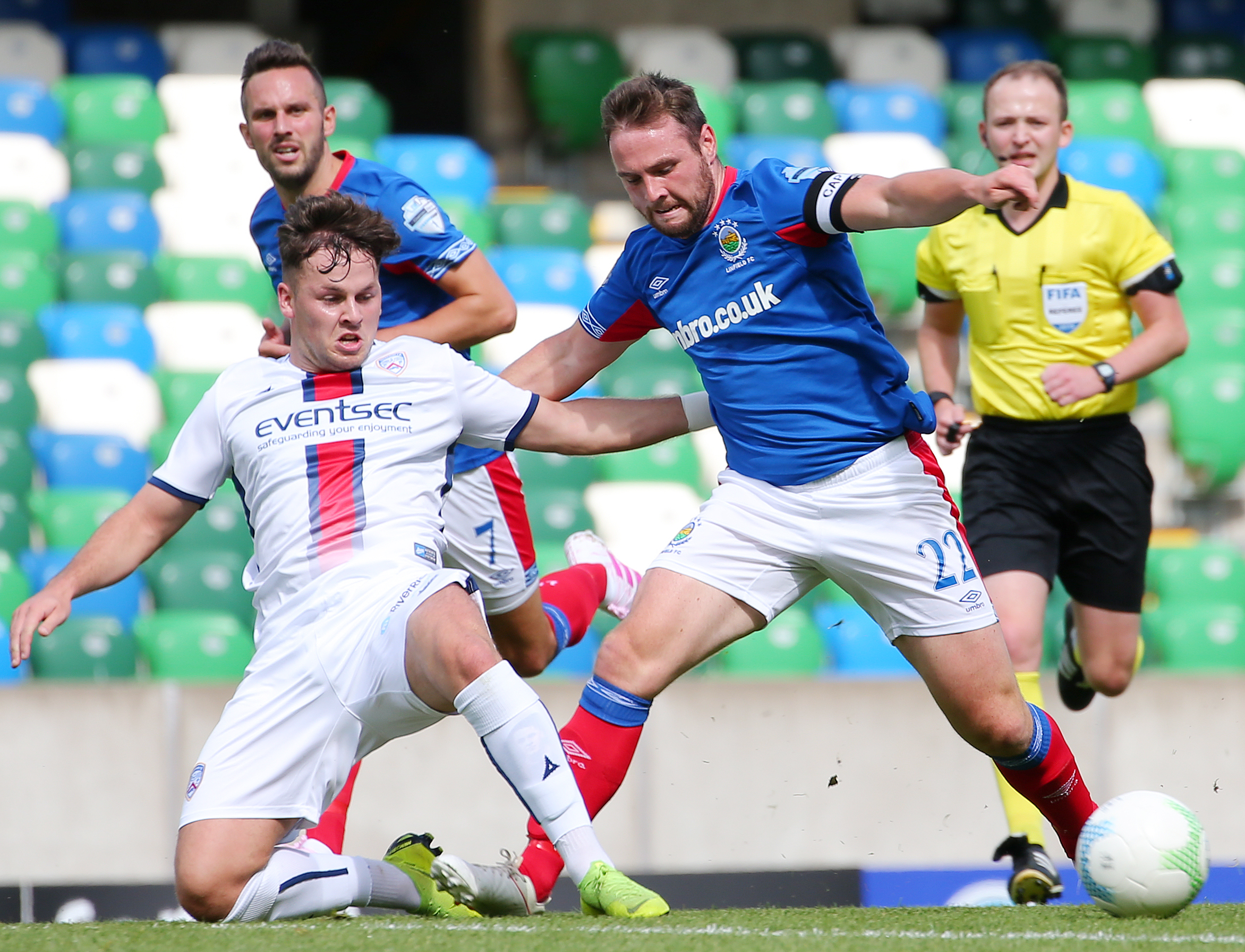 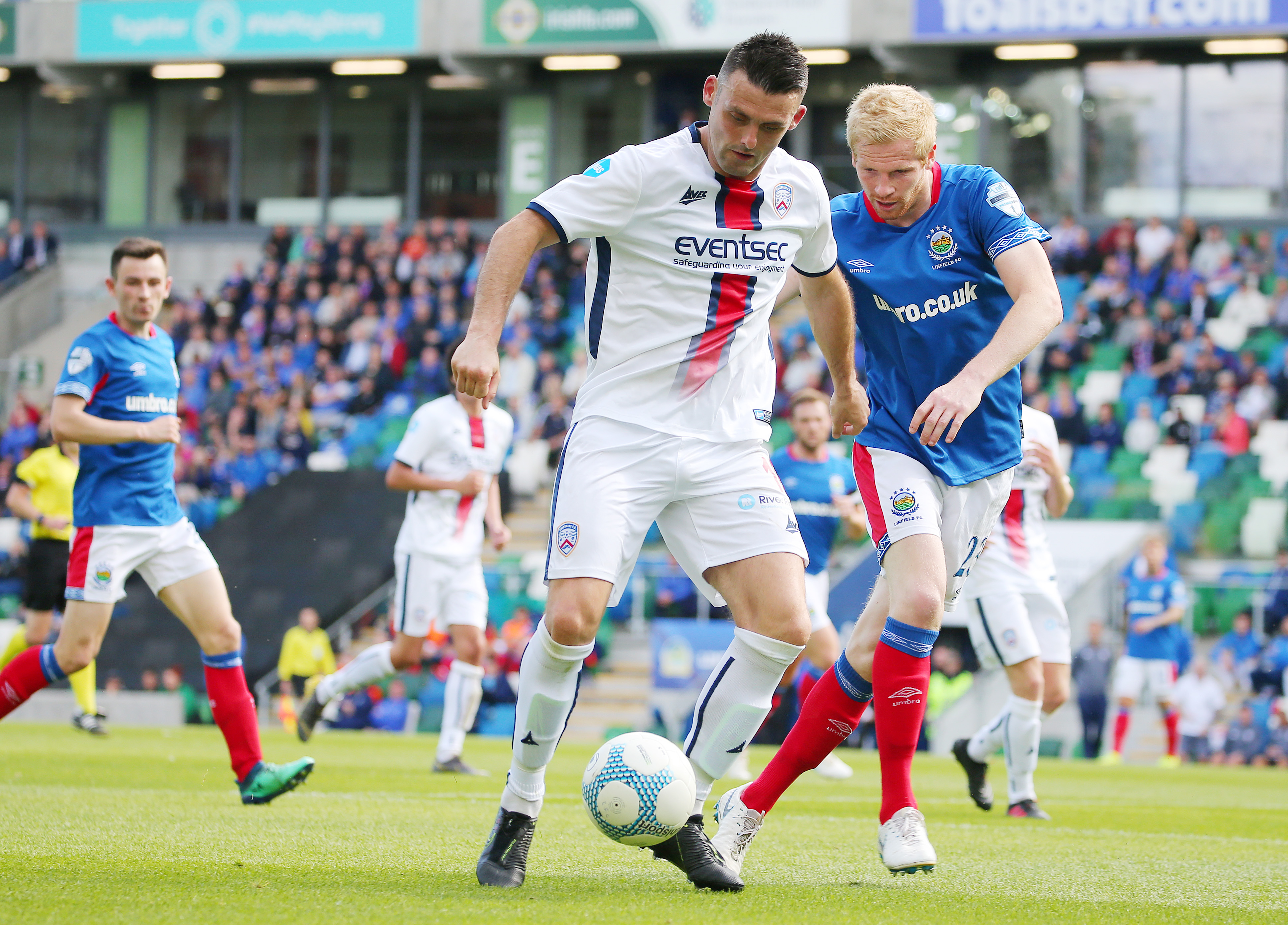 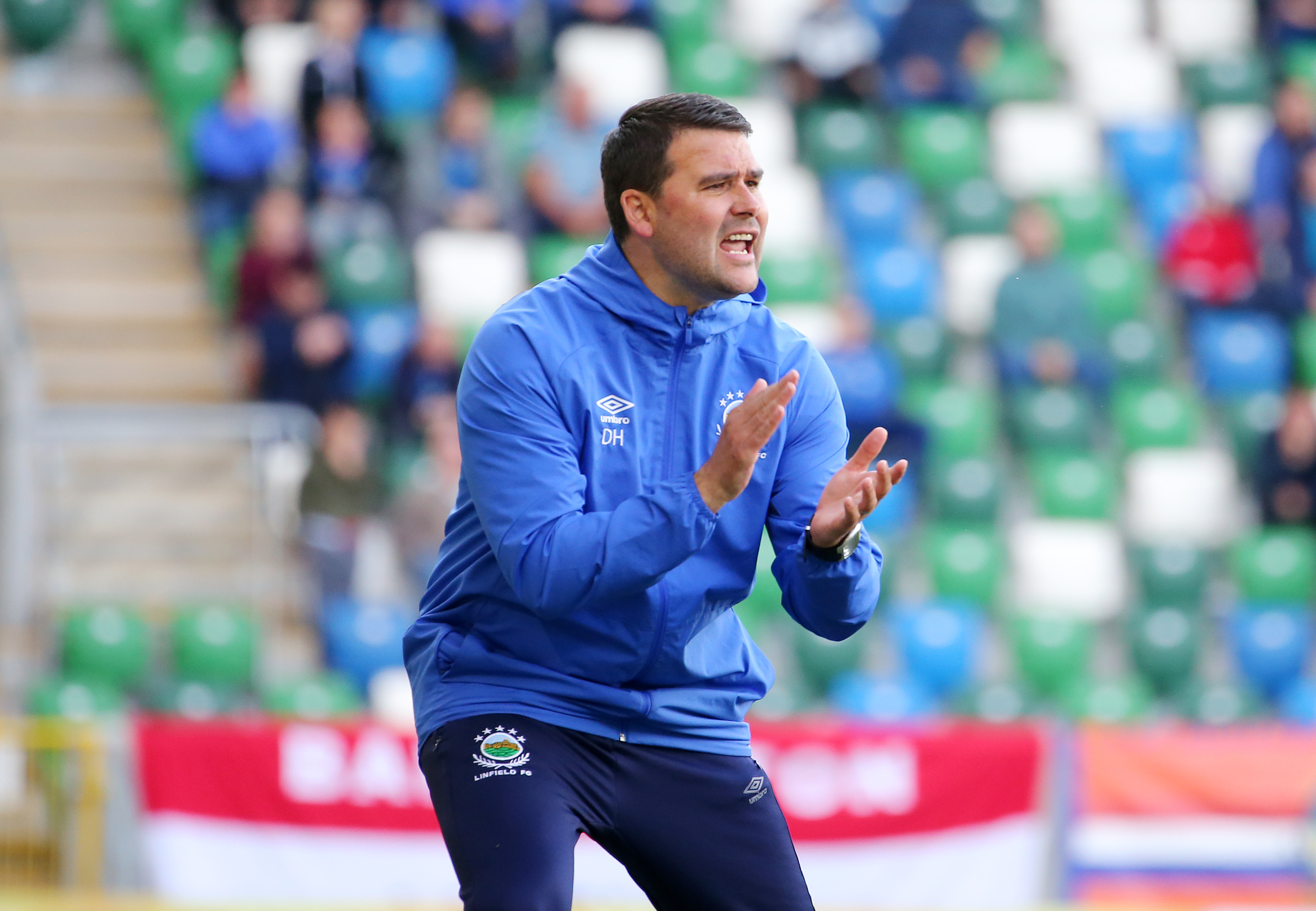 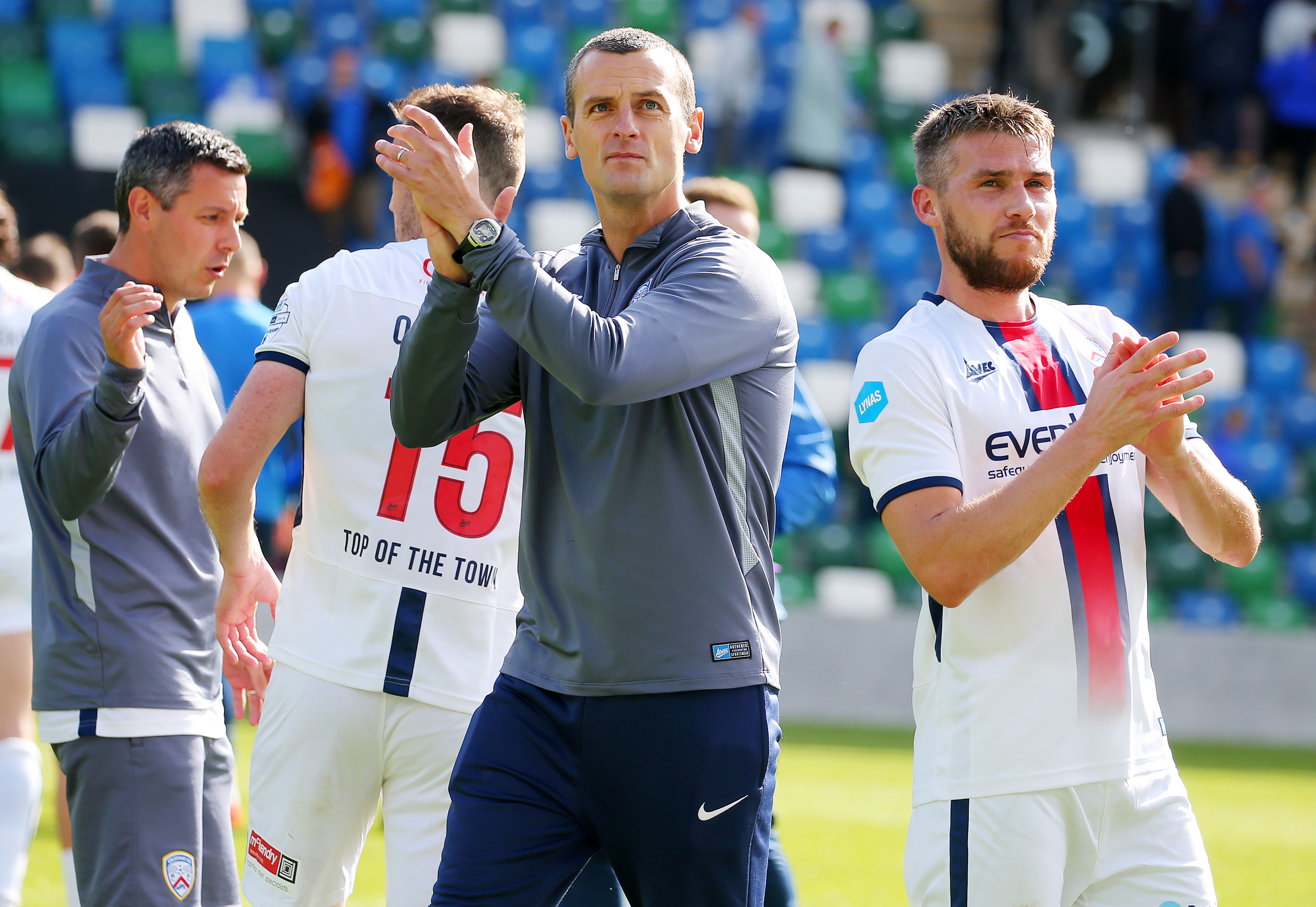