Coleraine stormed to a four-goal defeat of Glenavon at Mourneview Park to maintain their unbeaten start to the campaign.

The Bannsiders might have raced into the lead as early as the third minute when Ian Parkhill released James McLaughlin but his effort ultimately went wide.

At the other end Josh Daniels laid the ball off for Jack O'Mahony to fire over from close range while, on 14 minutes, Daniels saw a flicked header cleared off the line by Lyndon Kane.

The entertaining opening continued when Ben Doherty forced a corner from Johnny Tuffey and, from the subsequent set piece, Josh Carson turned a shot in off the inside of the post.

For Coleraine Aaron Canning tested Tuffey with a right-foot effort with a McLaughlin run and shot moments after that ended with ball sailing inches wide.

But the Bannsiders did go in at the break on top when, right at the end of the first half, McLaughlin released Stephen Lowry to touch the ball past Tuffey.

Then, barely 40 seconds after the interval, Lowry doubled his tally after creating some space inside the area and fire beyond Tuffey into the bottom corner.

Parkhill might have added another around the hour mark only to strike the crossbar while Tuffey saved from Aaron Jarvis and then McLaughlin.

Coleraine did stretch their lead on 71 minutes when Ben Doherty converted from the spot after Andrew Doyle was penalised for handball.

And the scoring was complete three minutes from time when new signing Nedas Maciulaitis marked his debut with a goal after combining with fellow substitute Emmett McGuckin to create the opening. 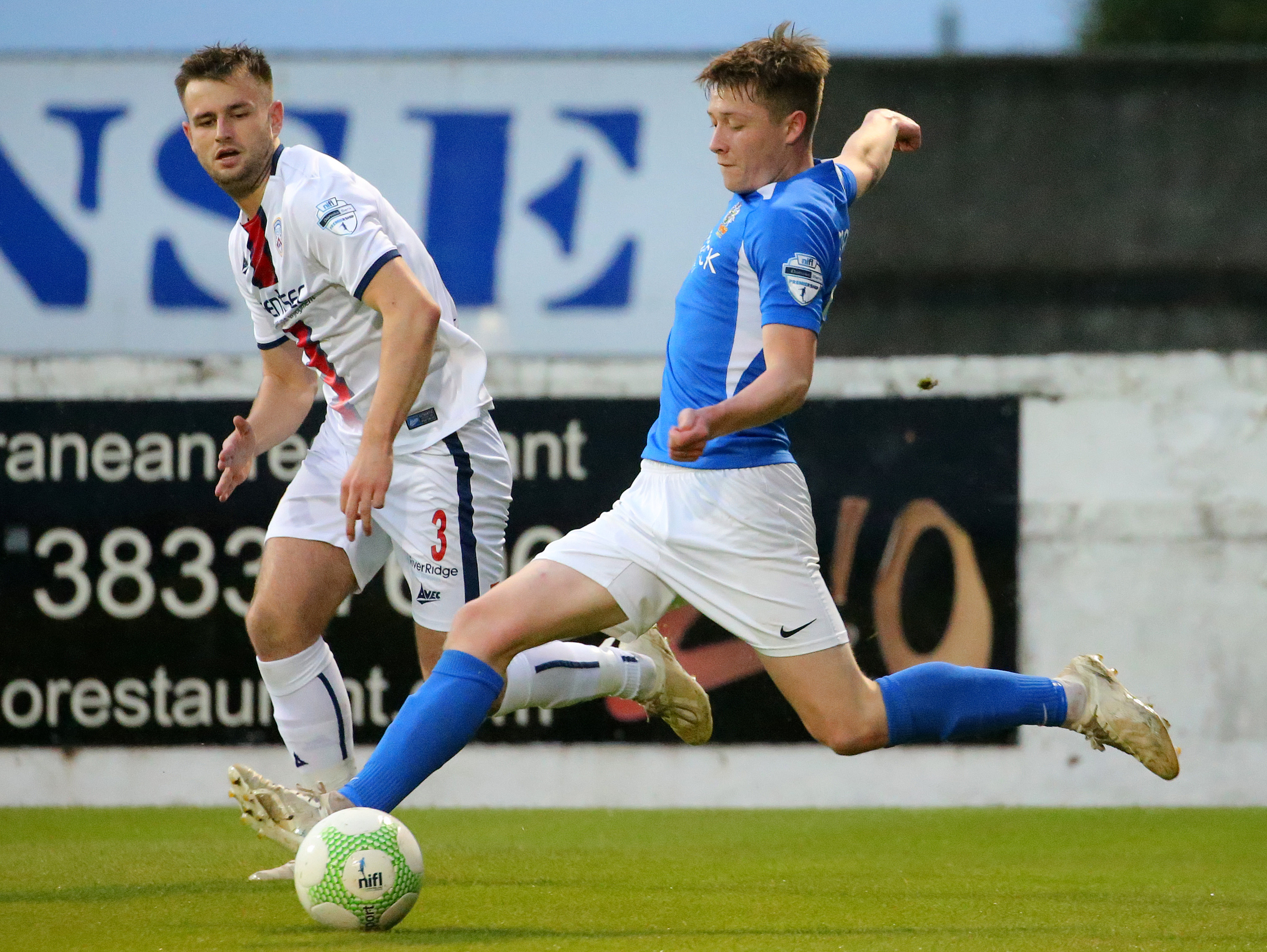 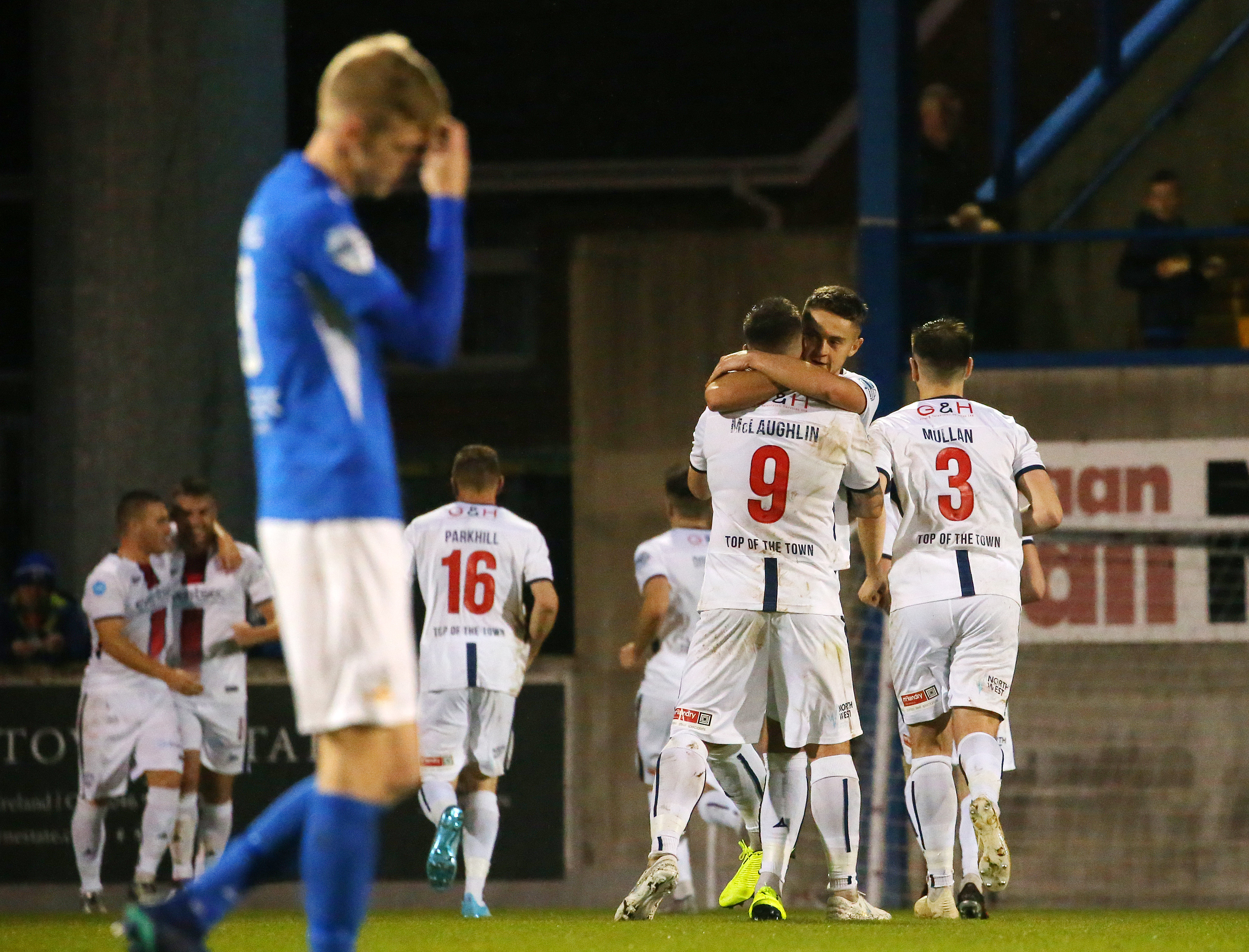 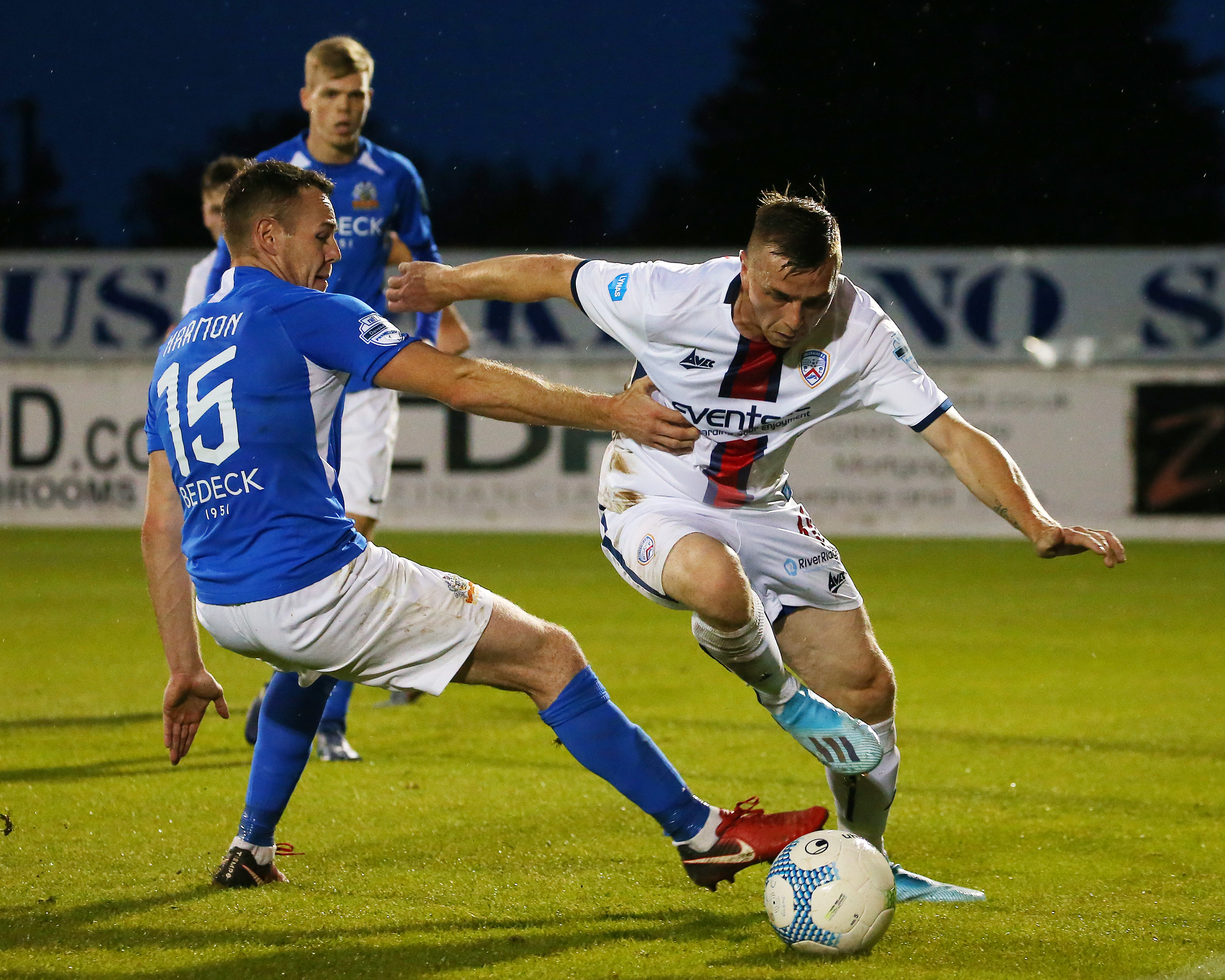 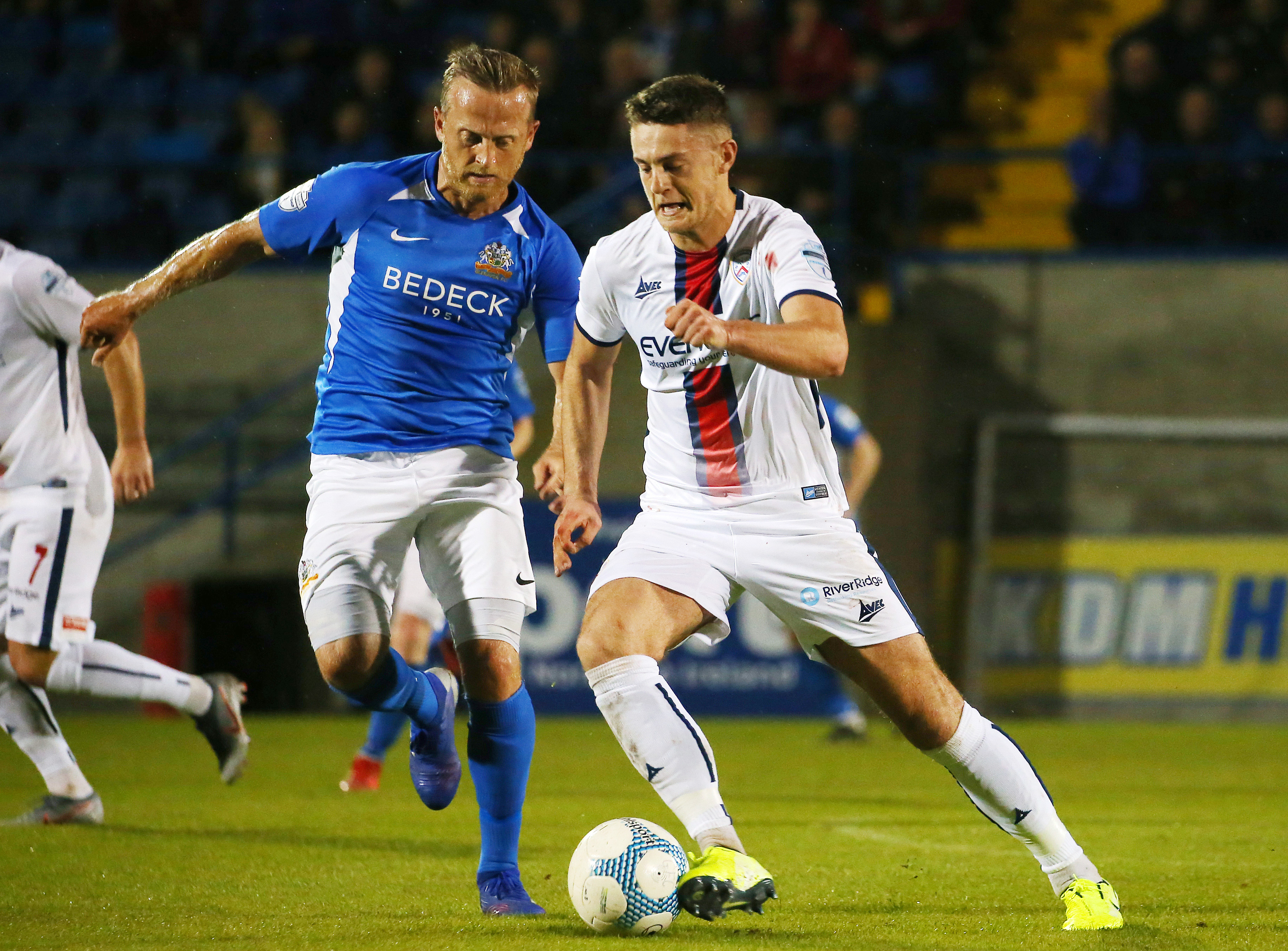 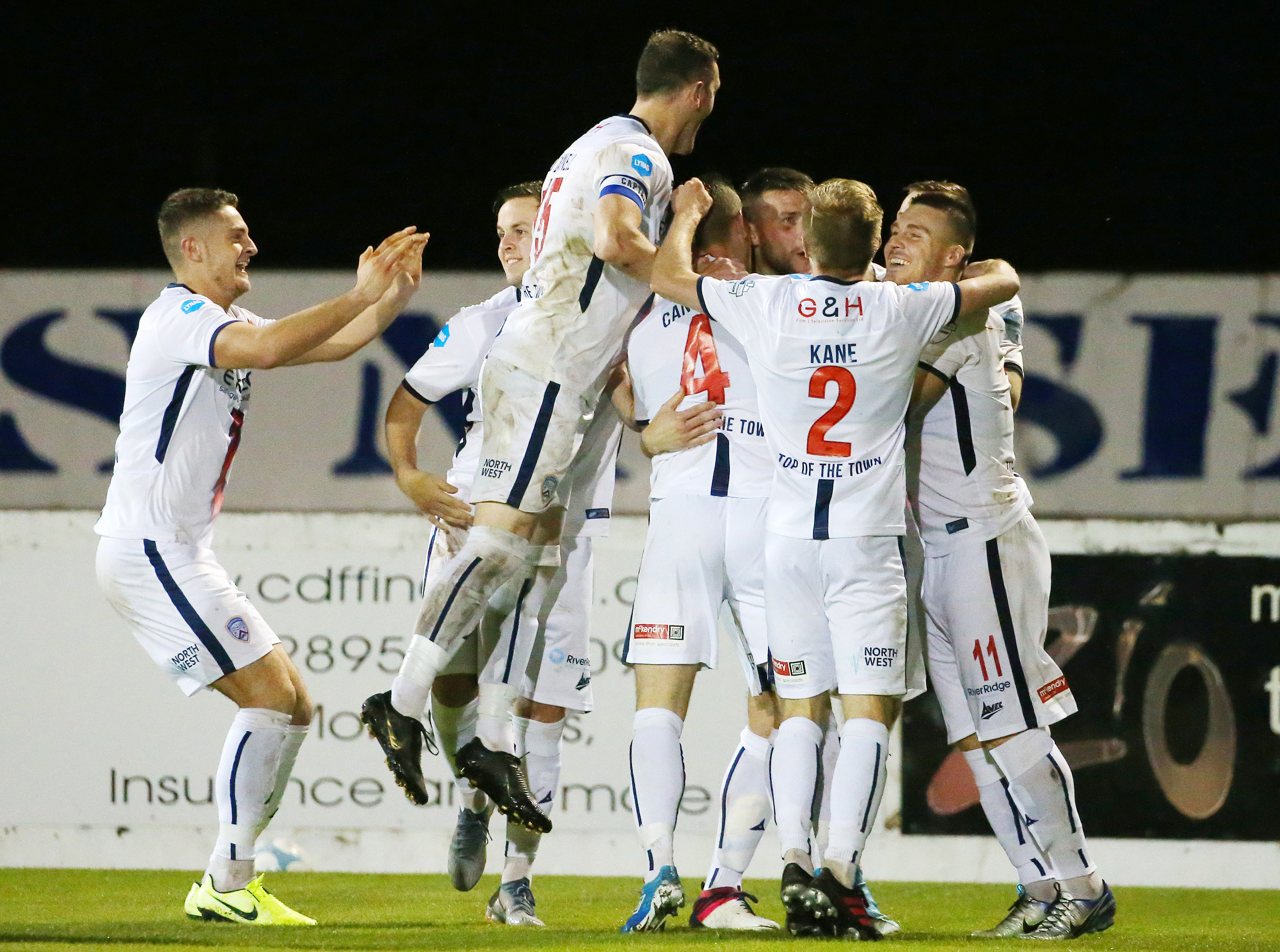