Glentoran dominated Institute to the tune of four goals without reply in a sweeping Monday night victory in front of the Sky Sports cameras at The Oval.

Elvio van Overbeek almost opened for the scoring for the Glens after seven minutes but his close range header was superbly palmed away by 'Stute keeper Paul Wells.

But the deadlock was broken just three minutes after that after van Overbeek sent the ball into the area with the unfortunate Caoimhin Bonner heading into his own net under pressure from Gavin Peers.

Glentoran's second goal arrived a few minutes later in spectacular fashion after Hrvoje Plum stepped up to unleash a peach of a free-kick, awarded following a challenge on Robbie McDaid outside the area, into the top left corner.

The visitors might have pulled a goal back midway through the first half. Stephen Curry won possession to send over a great cross from the right for Gareth Brown who fizzed his effort just wide of the upright.

The Glens came close to extending their advantage early in the second half but Wells again rose to the occasion to smother the ball after van Overbeek had threaded McDaid through.

However, it was 3-0 just five minutes later after McDaid got the faintest of touches to a Plum free-kick delivered from out on the left.

And the scoring was completed four minutes from time, courtesy of Croatian striker Antonio Đurić who rose highest to send home a free header after Mal Smith had executed a perfectly weighted delivery. 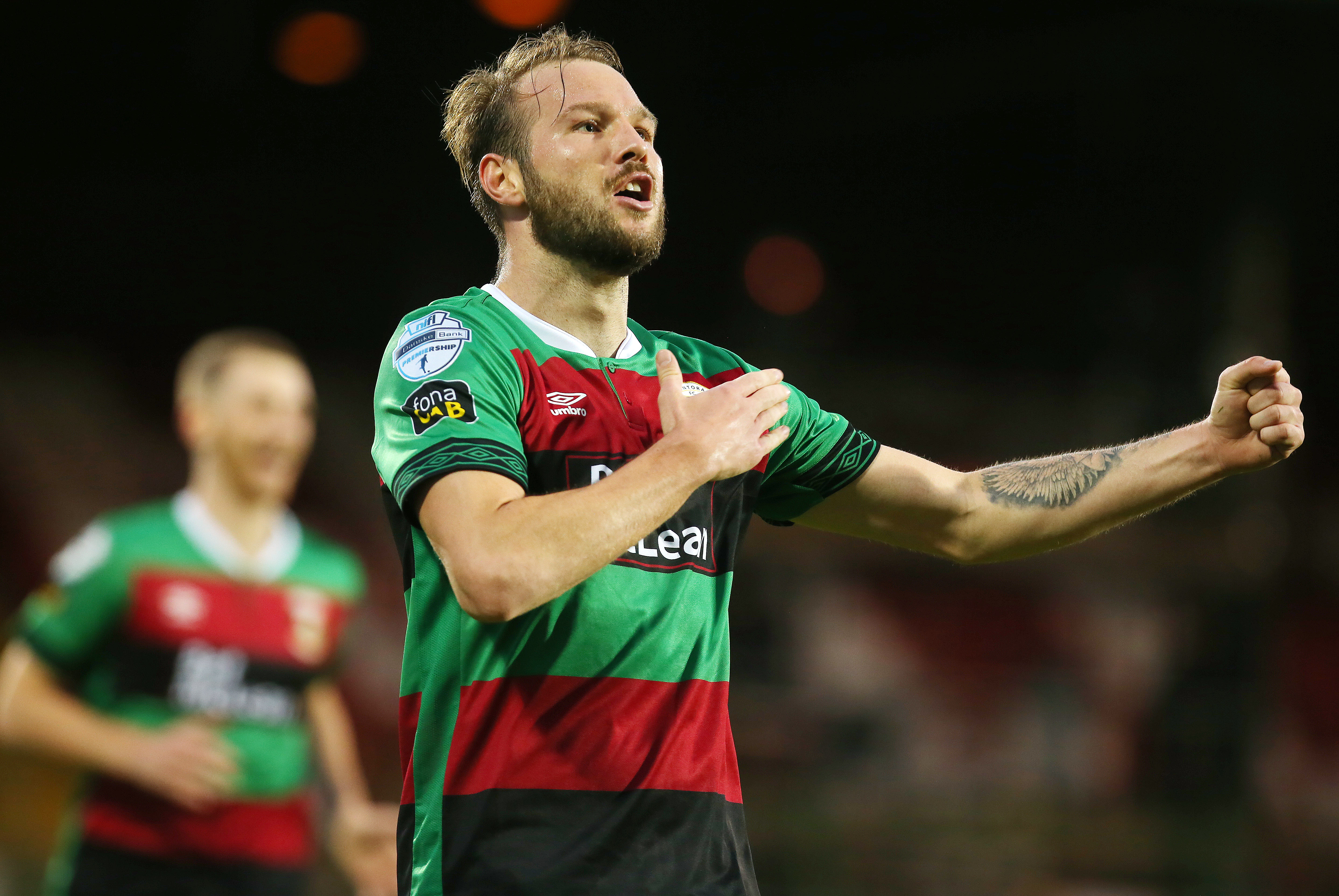 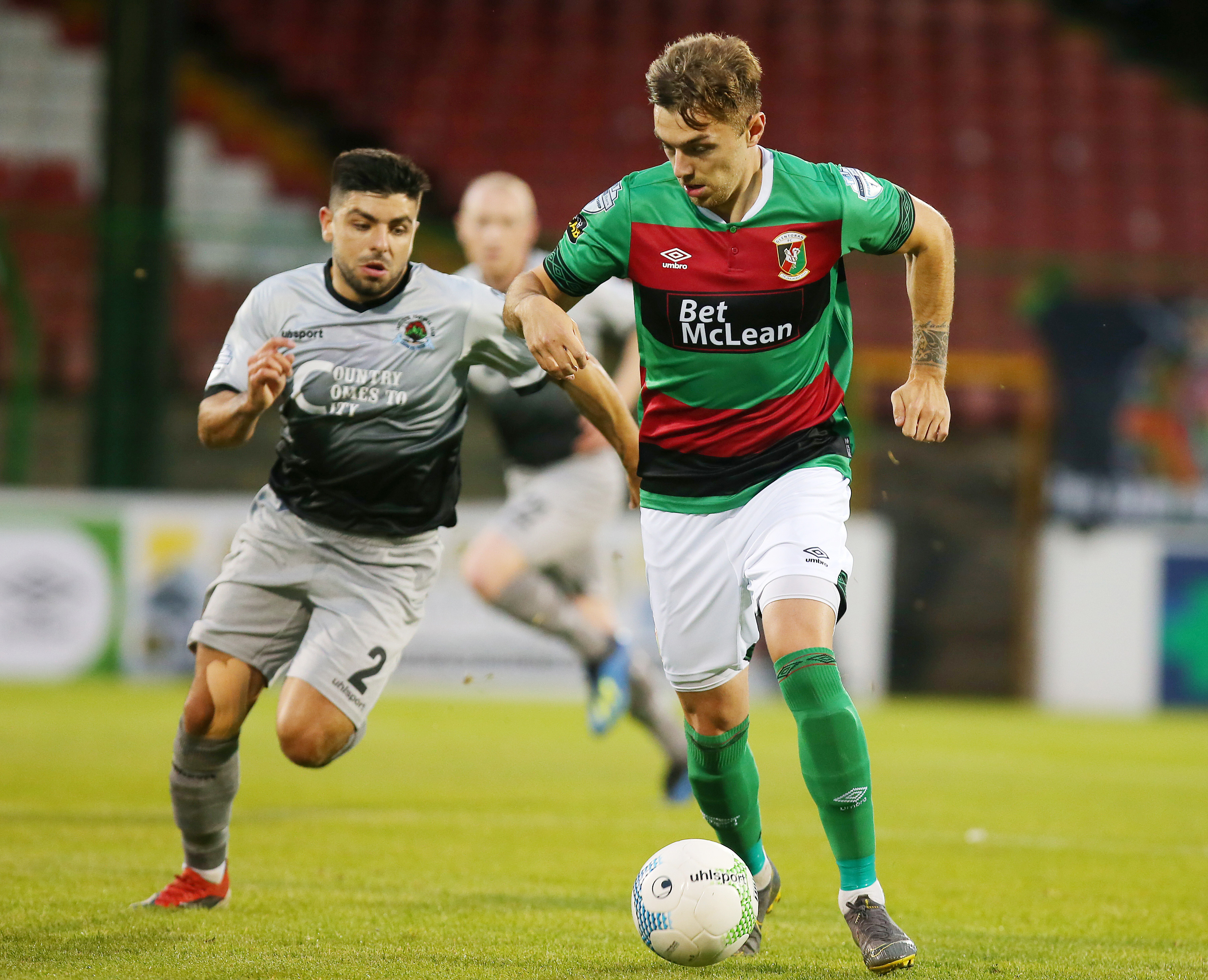 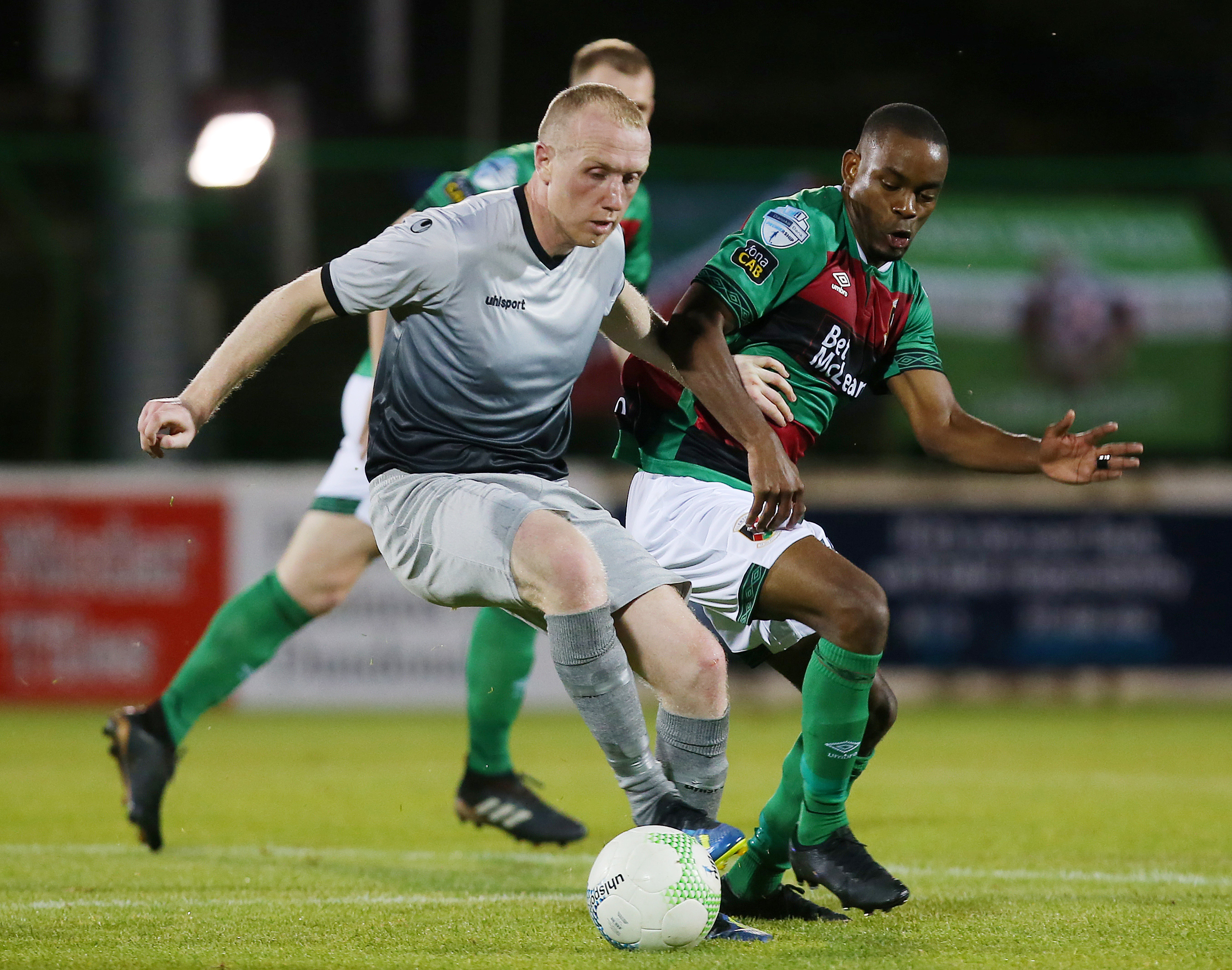 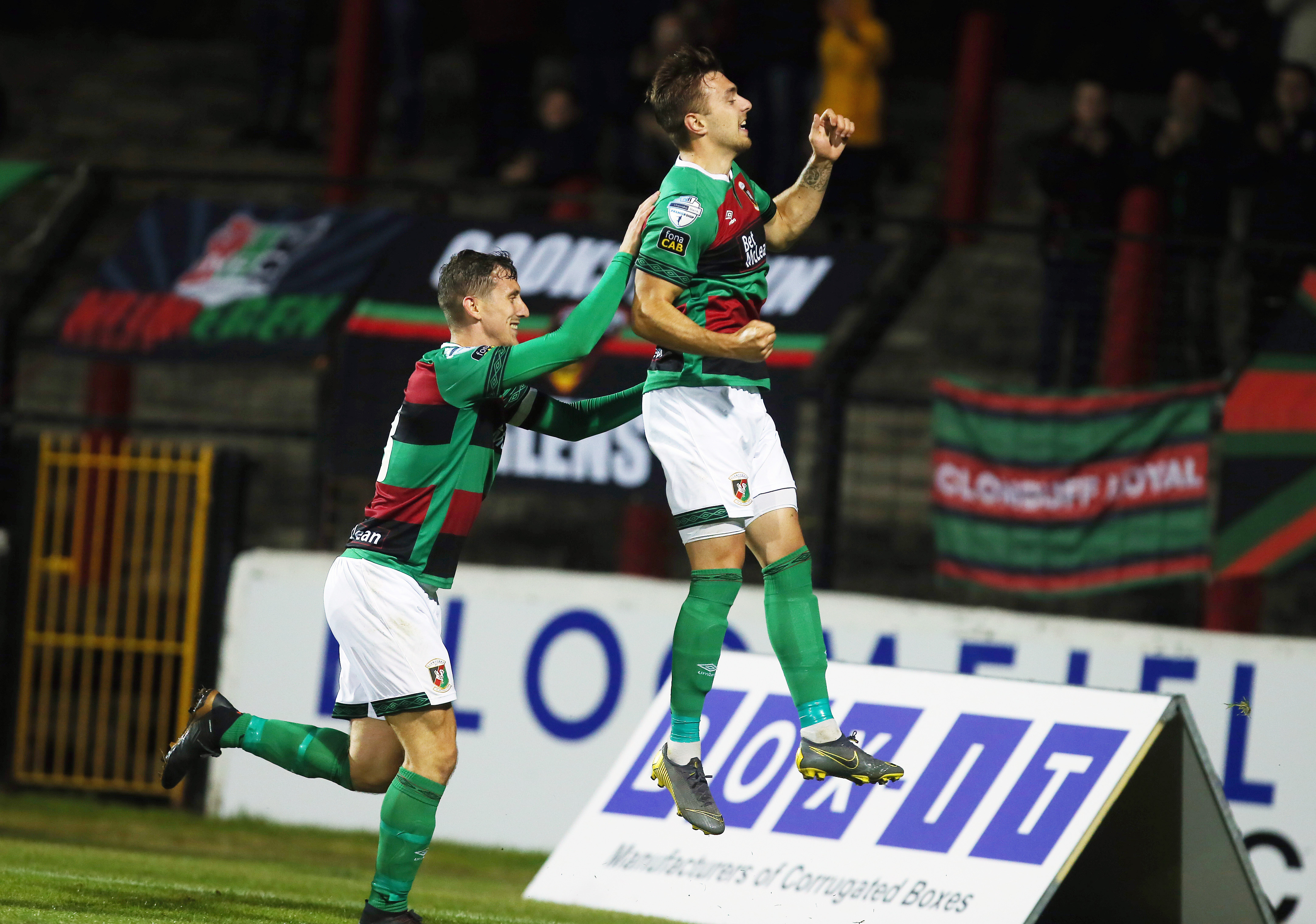 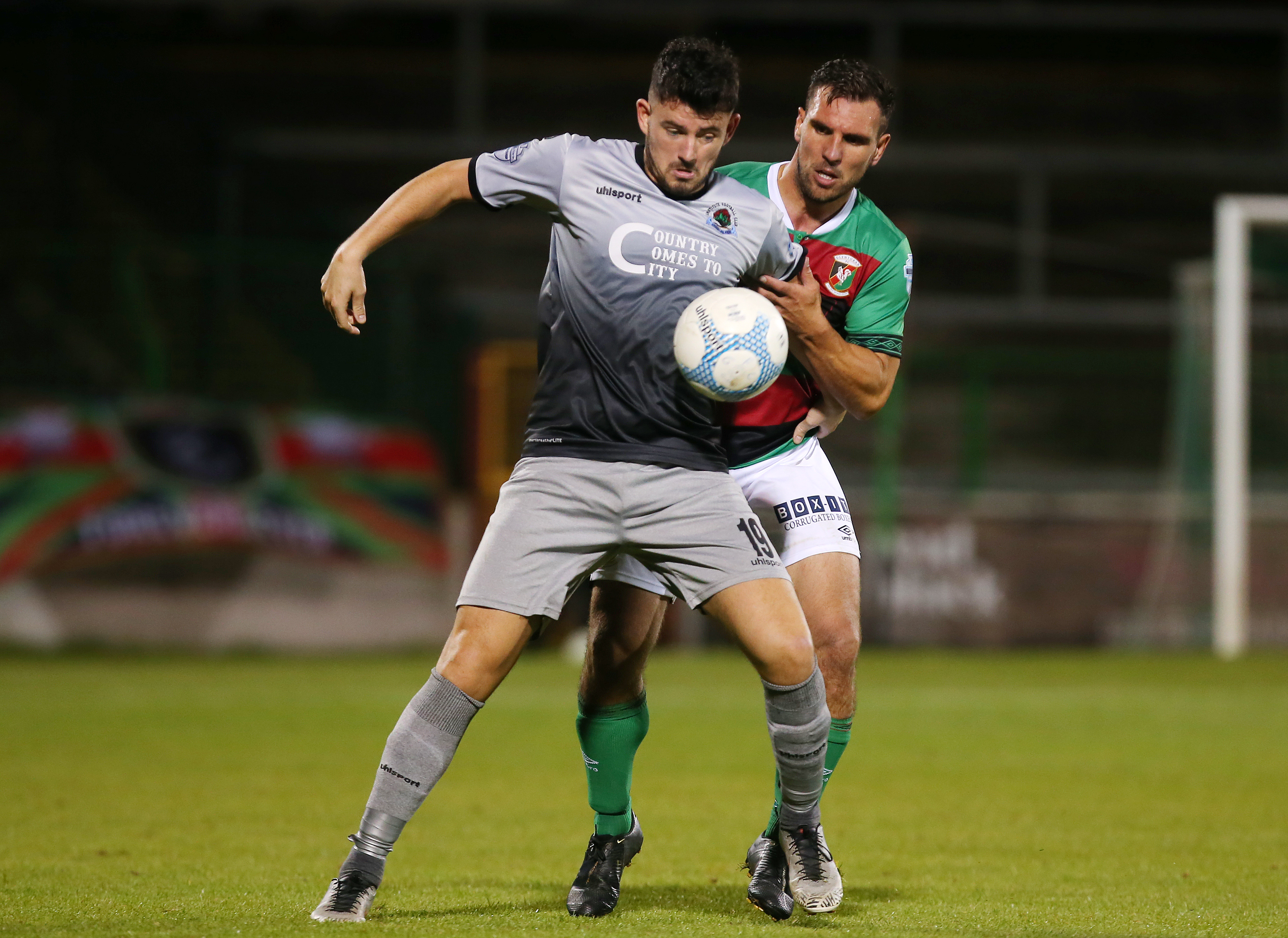