CRUES HIT STUTE FOR SIX AT THE BRANDYWELL

League leaders Crusaders blasted six goals without reply past Institute at the Brandywell to maintain a four point lead at the top of the table.

After creating a number of early chances the Crues finally moved in front on 21 minutes when Paul Heatley made no mistake with a first time volley from Ross Clarke's left-wing cross.

Philip Lowry made it 2-0 on 37 minutes from close range after Jordan Owens headed a knock down into his path.

Institute were dealt a further blow just two minutes from the break when defender Mark Scoltock was dismissed for bringing Clarke down as he bore down on goal.

Number three for the Crues arrived on 50 minutes when Jordan Forsythe scored the rebound after his initial spot-kick, awarded for a foul on Michael Ruddy by Ryan Morrow, was saved by Rory Brown.

Rory Hale then added a fourth just before the hour from a good cross by Clarke while Heatley doubled his tally from close range on 79 minutes after another Clarke delivery.

Then, right at the end, Paul McElroy completed the scoring after running onto a through ball from David Cushley. 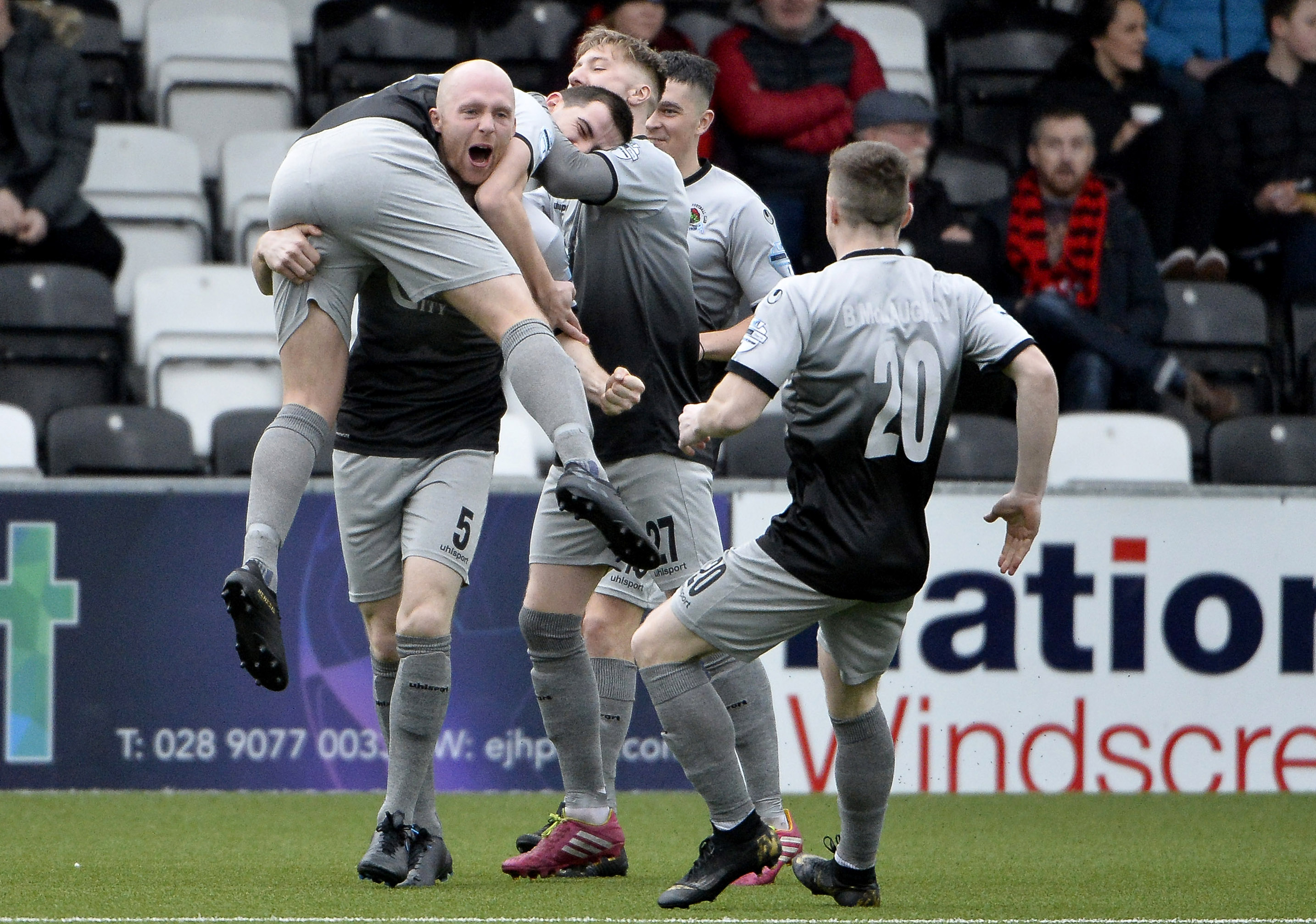 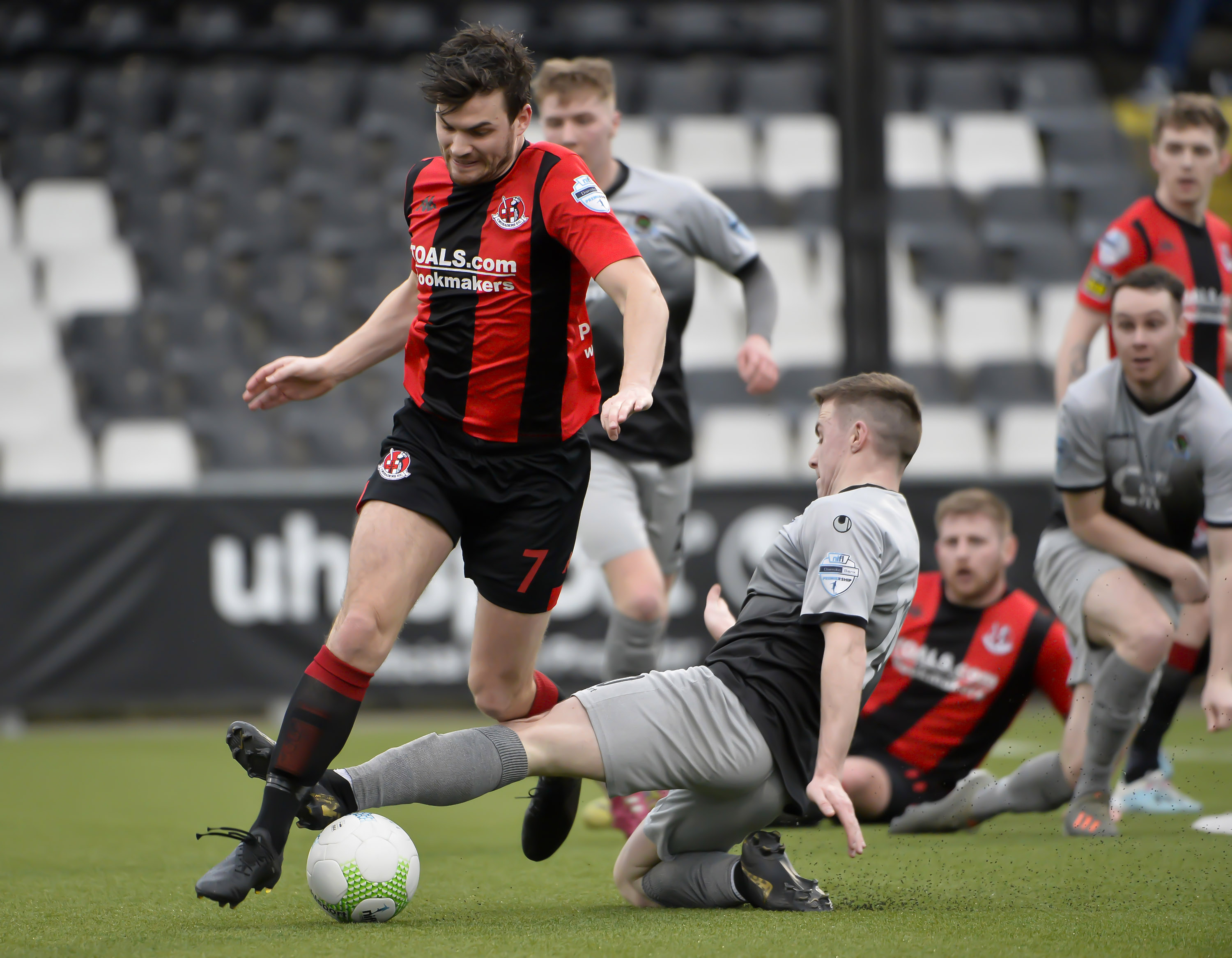 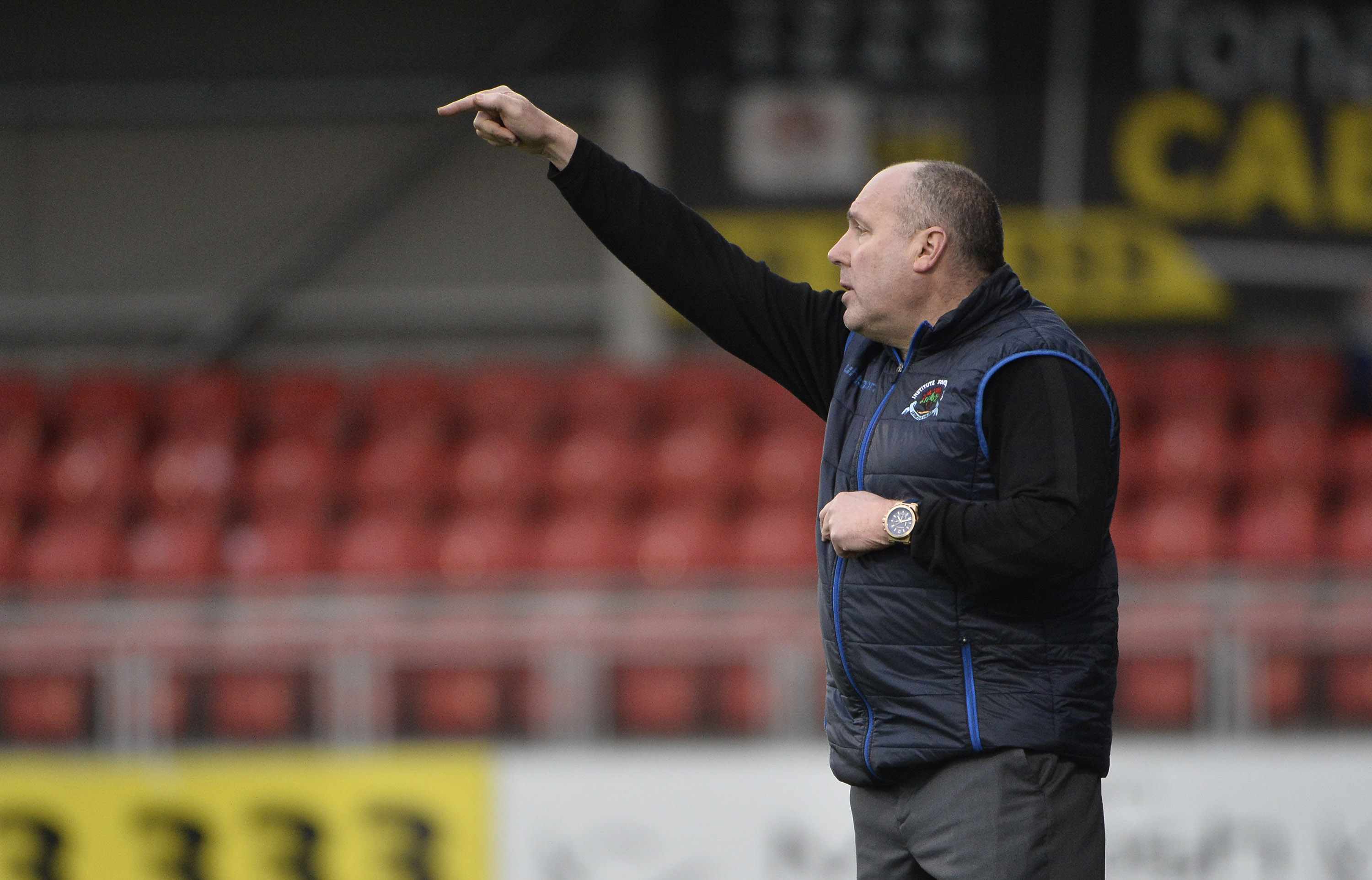 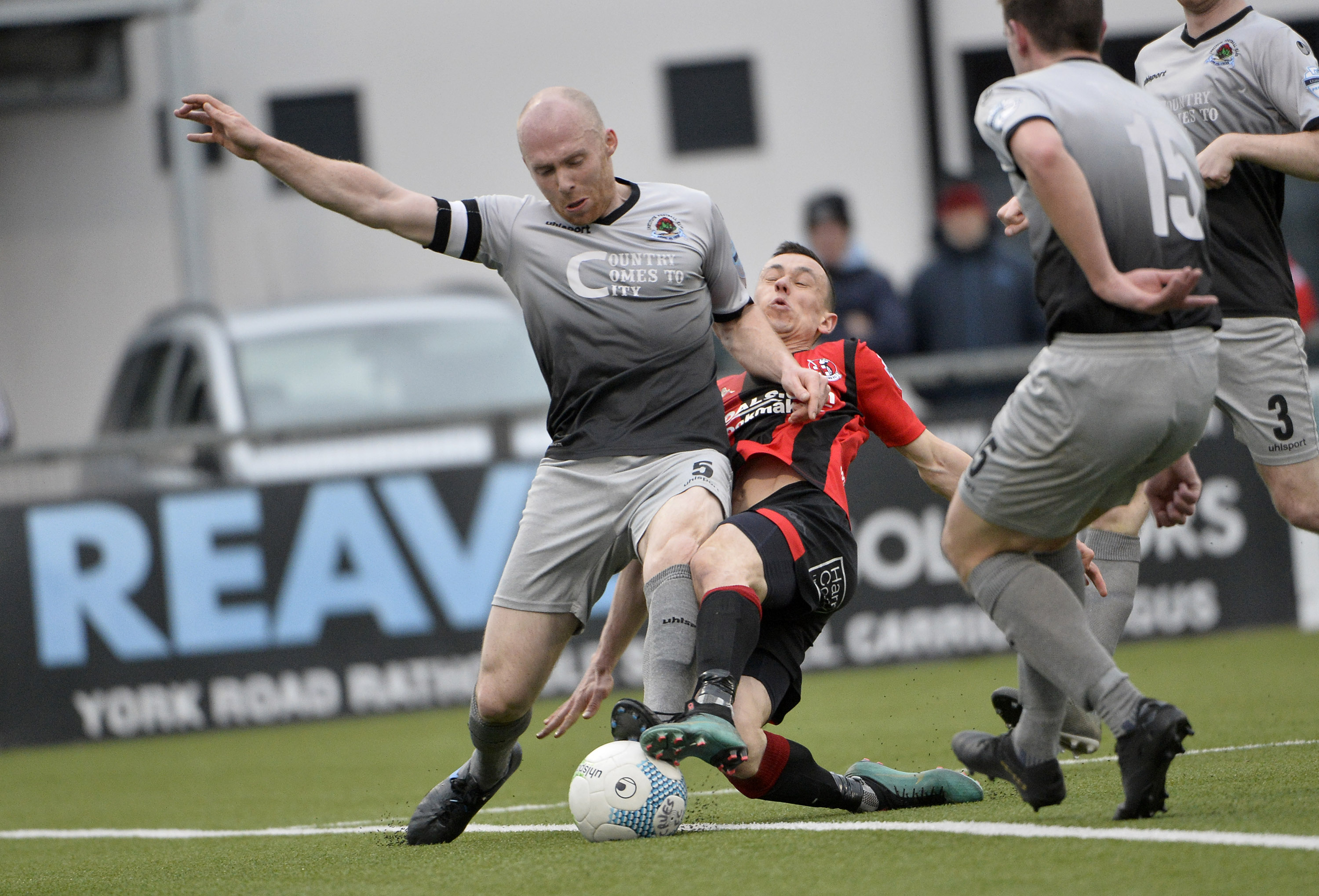 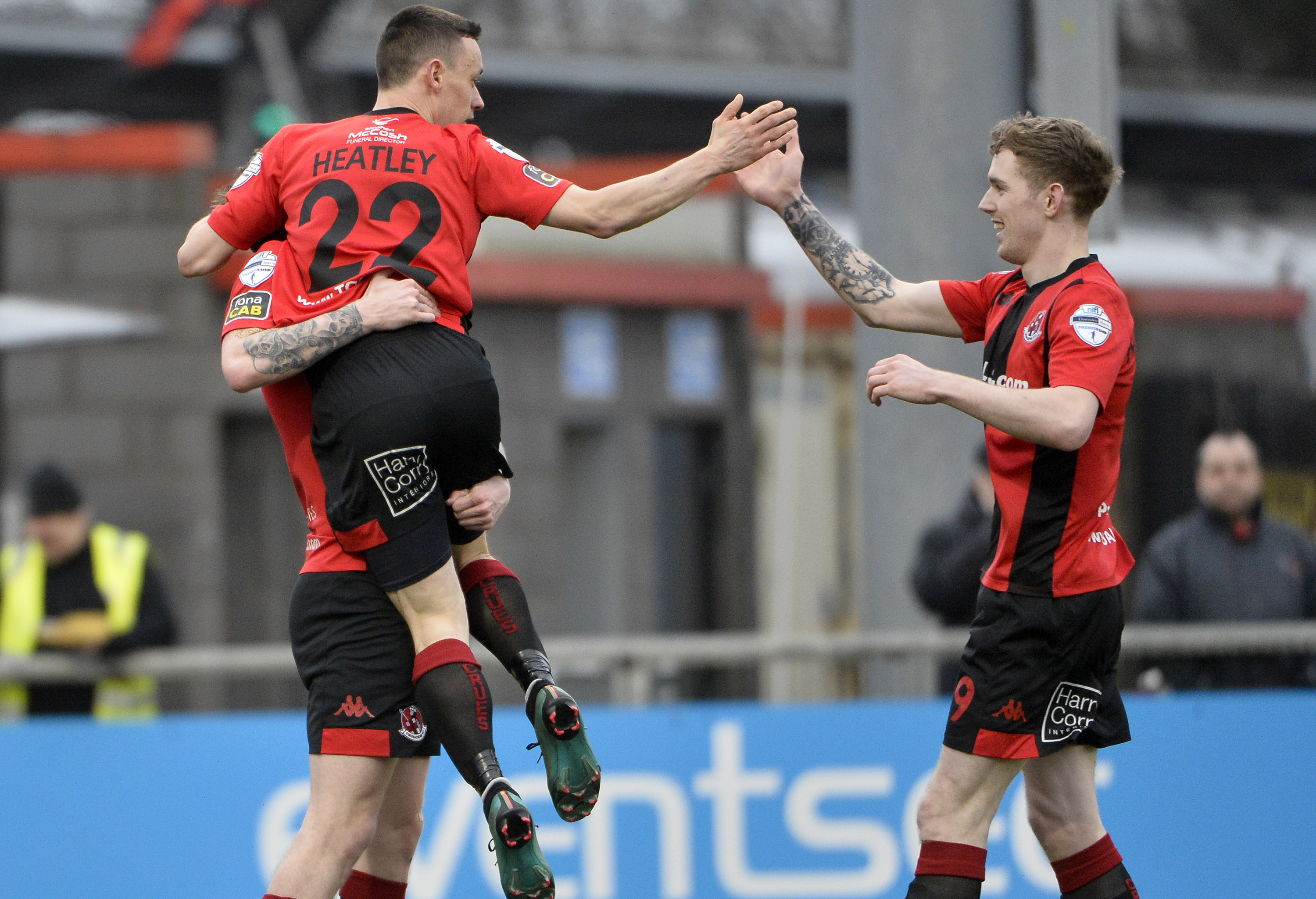 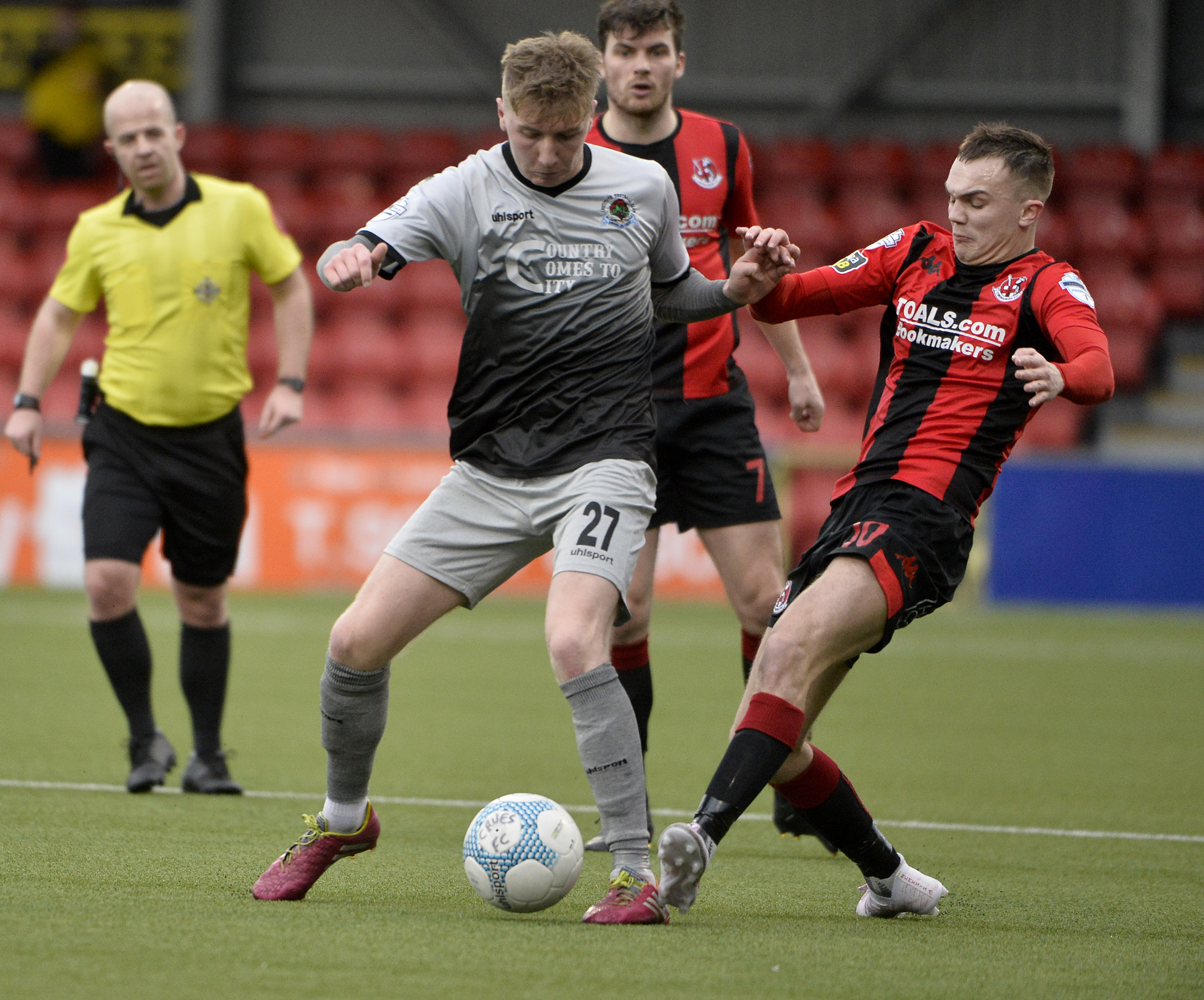