Crusaders stormed to a crushing defeat of Glentoran at Seaview to stretch their lead at the top of the table to five points.

Jordan Owens opened the scoring after nine minutes with a far post finish after Ross Clarke had beaten Marcus Kane down the right flank to send over the cross.

Despite the eventual outcome that was how it remained at the break although Paul O'Neill did come close for the Glens only to spurn a glorious chance to equalise.

The Crues doubled their advantage early in the second half with a stunning Paul Heatley right-foot drive after collecting the ball and going past Hrvoje Plum down the left before beating Marijan Antolovic.

It was 3-0 just before the hour through Billy Joe Burns' successfully converted spot-kick awarded after Paddy McClean had blocked an Owens effort with his arm.

Glentoran pulled one back on 65 minutes after Plum struck the woodwork with a well taken free-kick before John Herron pounced on the rebound to drill the ball home.

And they might have reduced the gap further not long after that when Jonny Frazer saw an effort saved by Gerard Doherty and Herron's follow up was cleared off the line by Jordan Forsythe.

But, on 77 minutes, Owens put the issue beyond doubt with a smashing finish high into the net after more good work down the right from Clarke.

Fittingly, perhaps, Clarke got on the scoresheet himself five minutes later with a left-foot shot past Antolovic at the near post.

Glentoran grabbed a stoppage time consolation after Plum found the net from a free-kick. 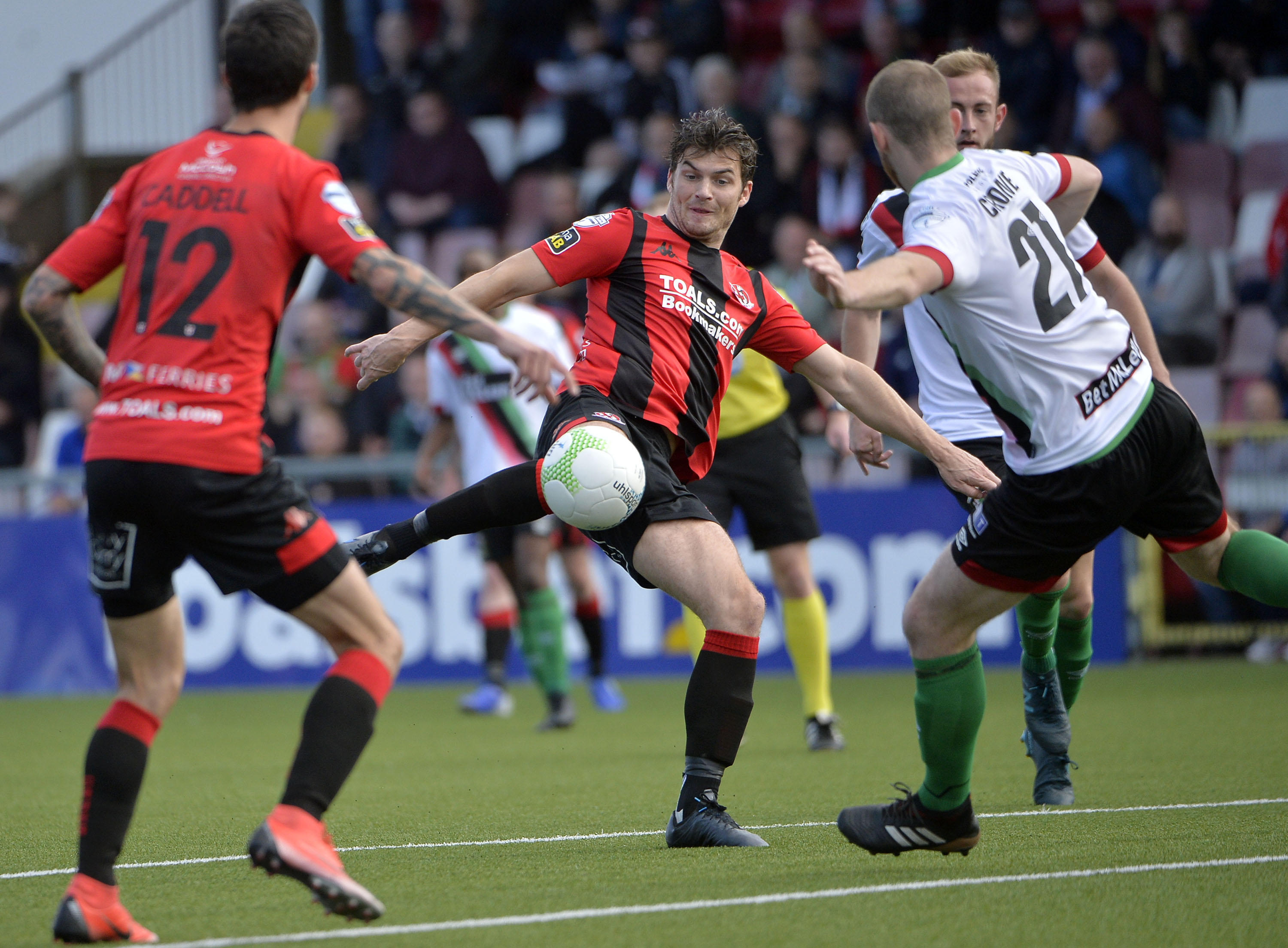 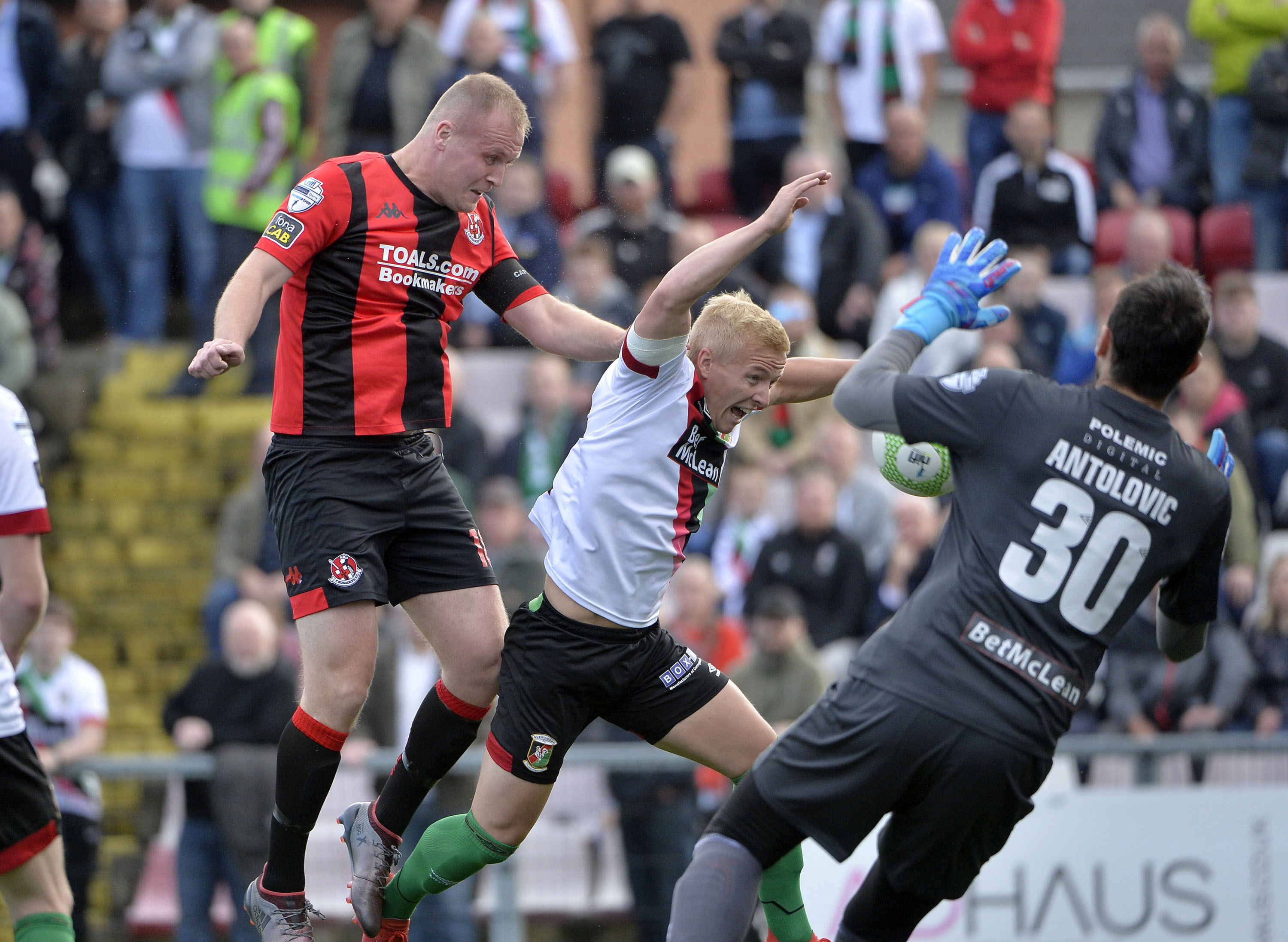 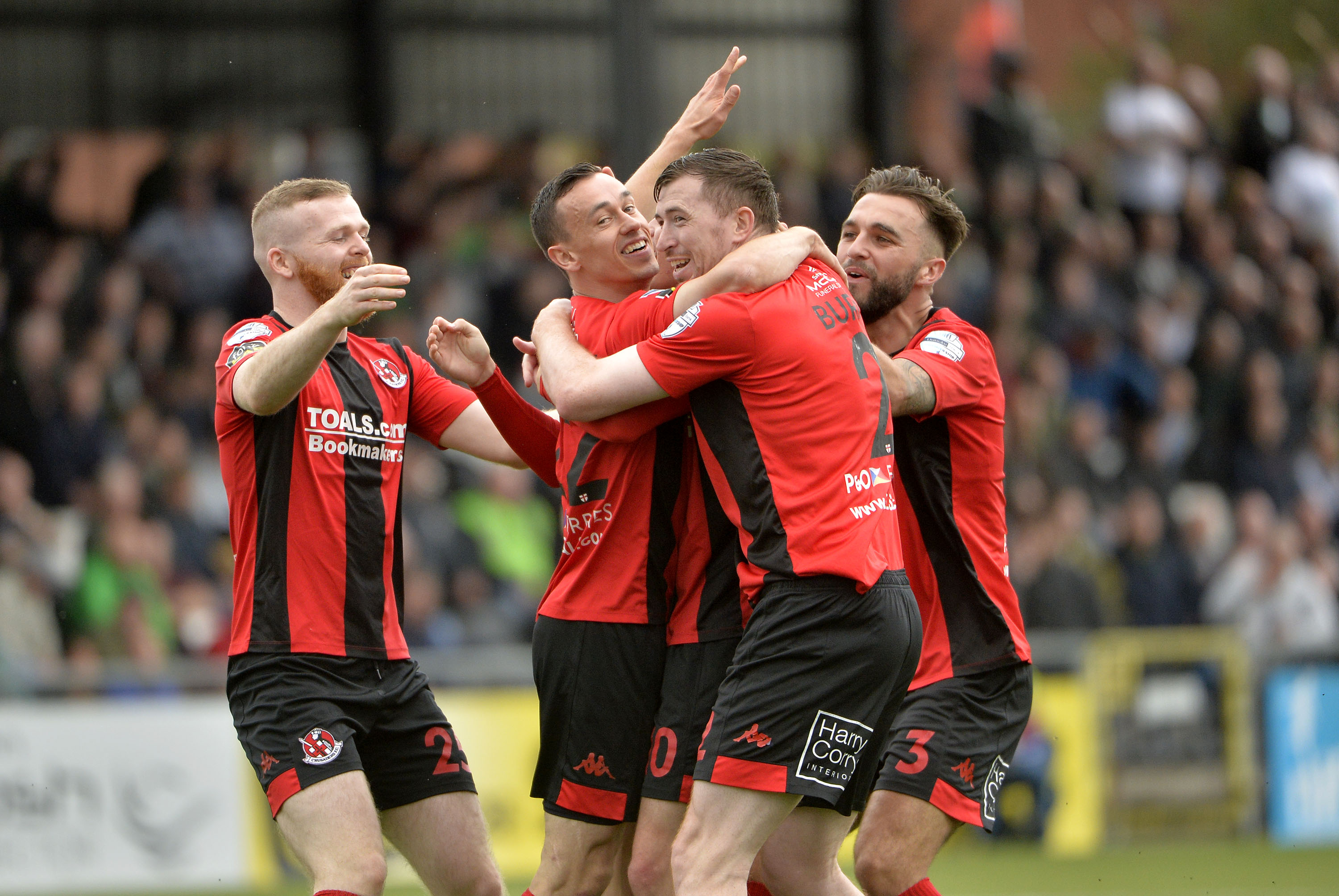 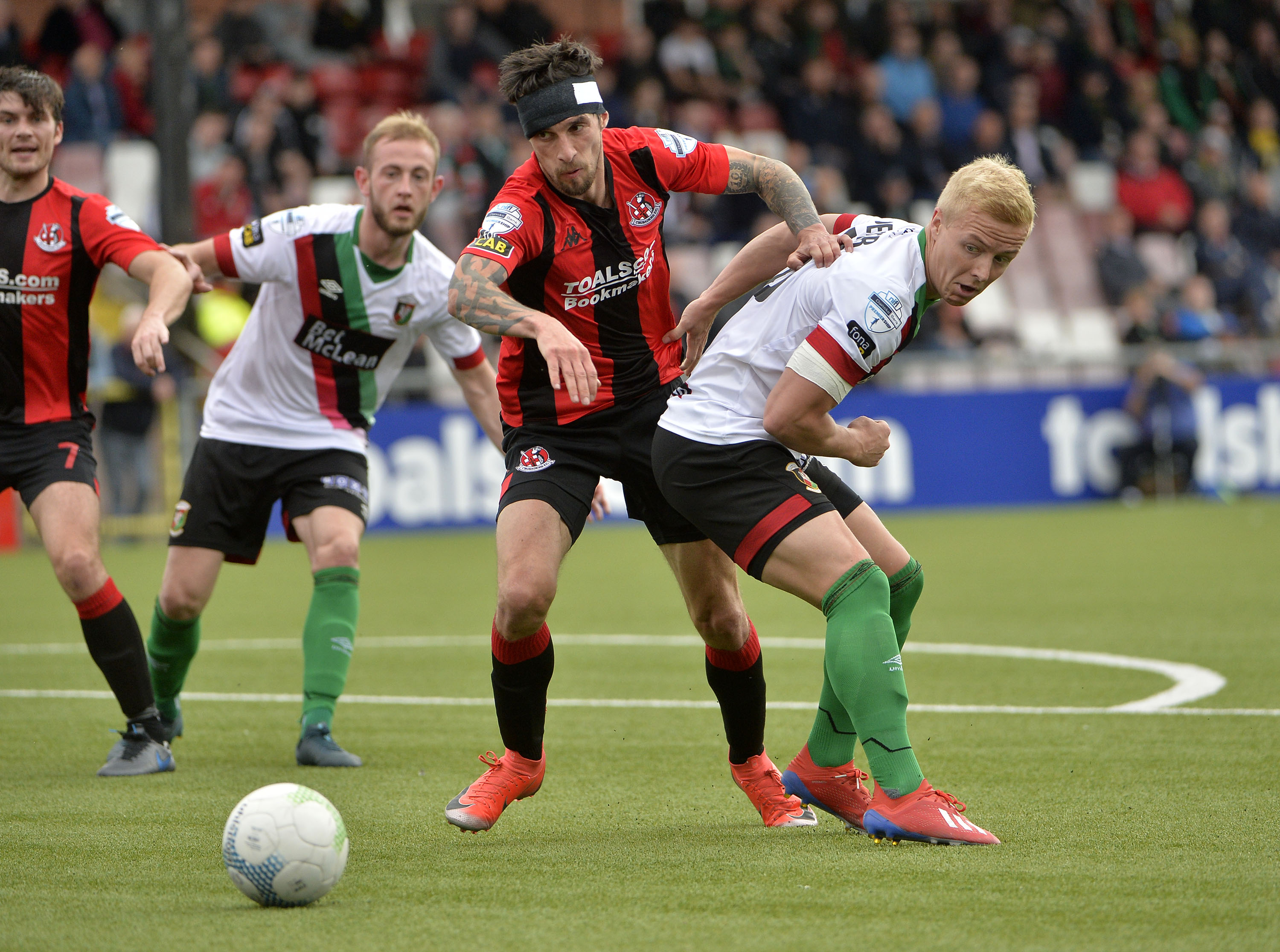 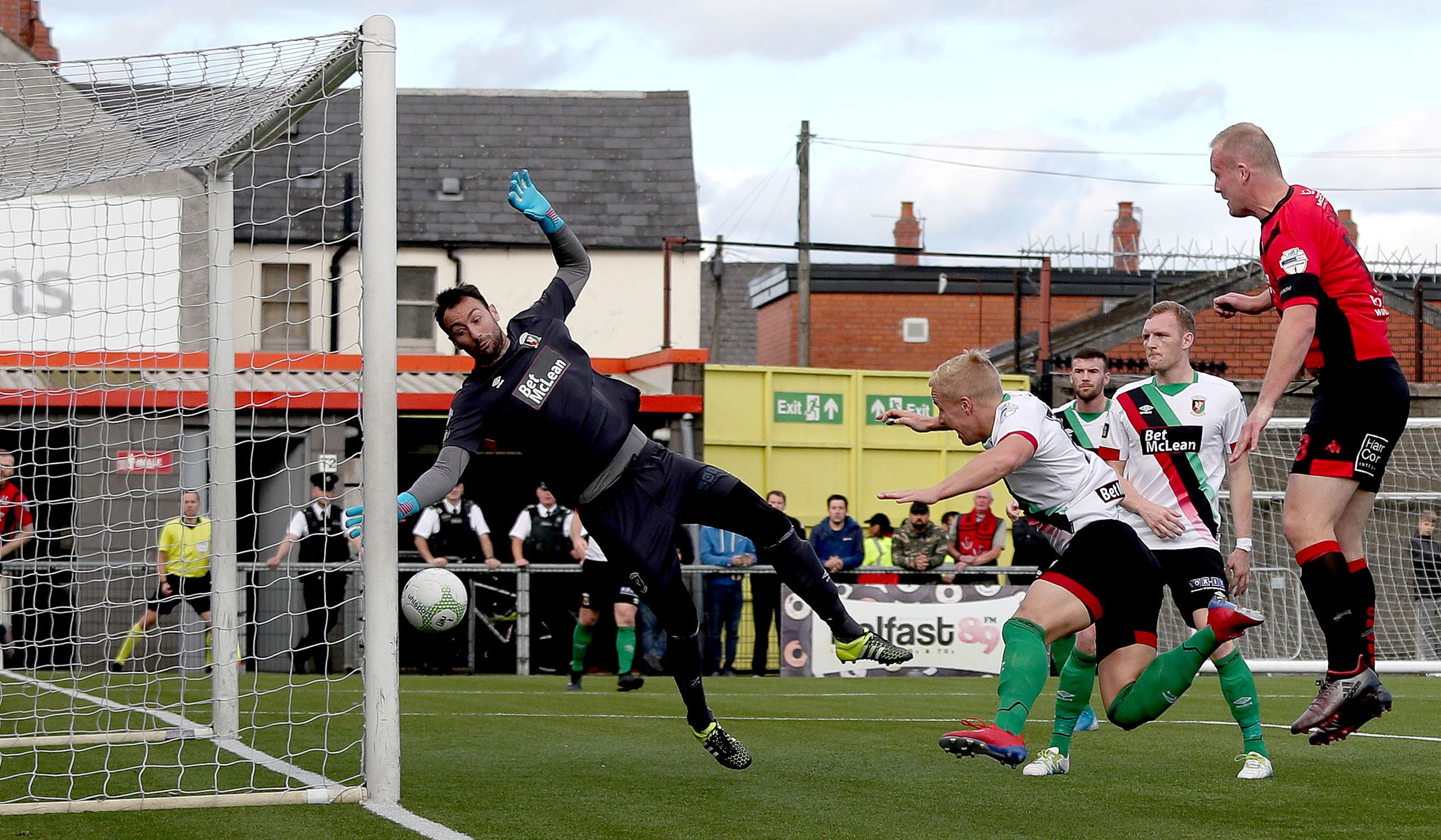 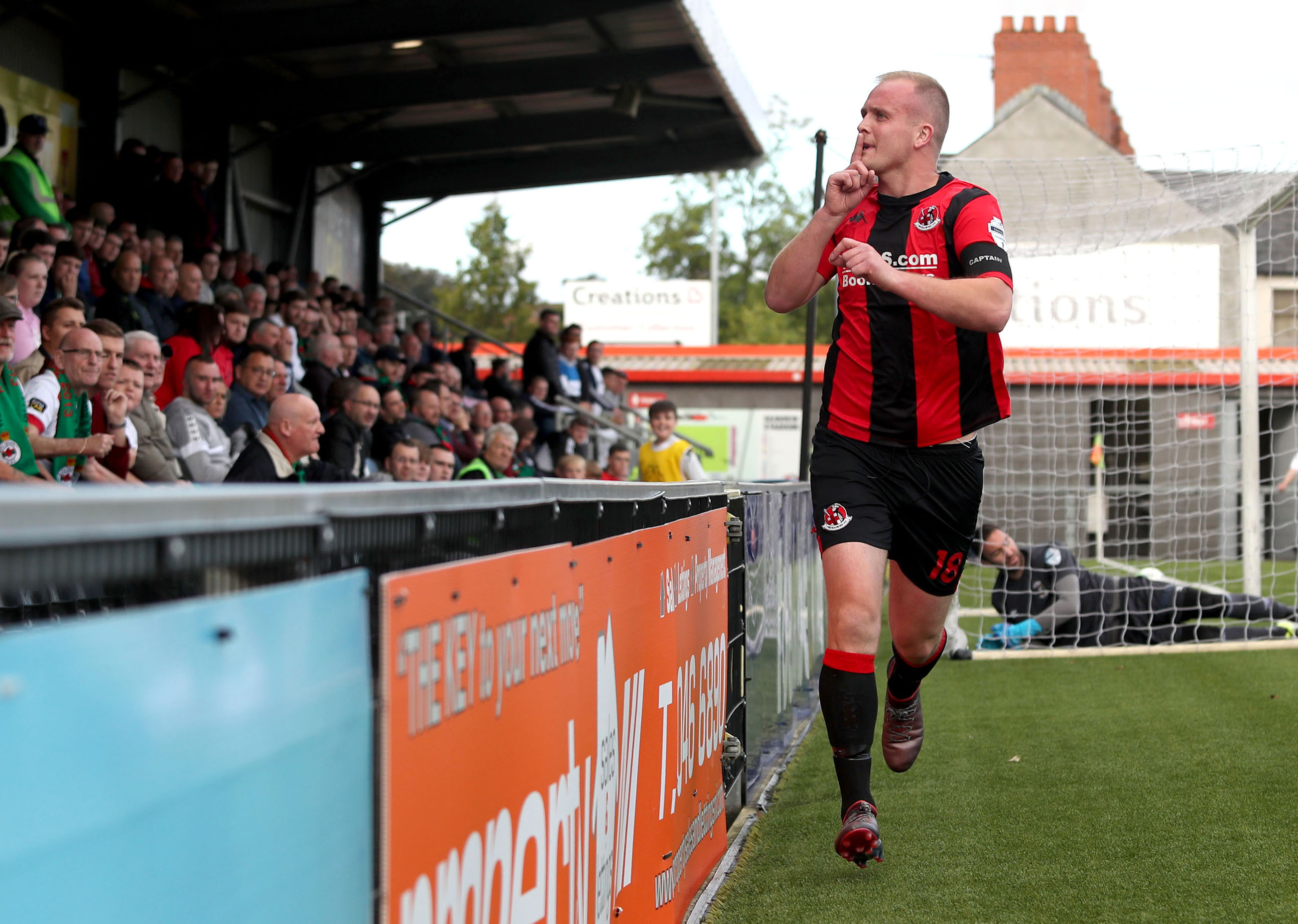