A Rory Hale strike early in the second half handed Crusaders a crucial victory over Linfield in the live Friday night game on BBC NI.

It took around 20 minutes for either side to create the first effort of note when Joel Cooper headed Kirk Millar's cross just wide.

Then, just after the half-hour mark, Crusaders defender Chris Hegarty tested Linfield keeper Rohan Ferguson with a header while, a few minutes after that, Billy Joe Burns fired into the side netting from a tight angle on the left.

Linfield then had a chance when a Stephen Fallon cross from the left evaded both the Crues defence and caught Millar somewhat unaware when it looked like the simplest of contact would have touched it over the line.

However, the deadlock was broken just three minutes into the second half when Rory Hale unleashed a tremendous strike into the top right corner from around 23 yards to fire the Crues in front.

Stephen Baxter's side had chances to extend their advantage soon after with Ross Clarke's low cross just going behind Owens while Blues keeper Ferguson was then called into action to save with his feet.

Philip Lowry then went close with an ambitious 45-yard effort which went just over as Linfield struggled to create much up front.

They did come close deep into added time through substitute Daniel Reynolds but his effort from the edge of the box failed to trouble Gerard Doherty. 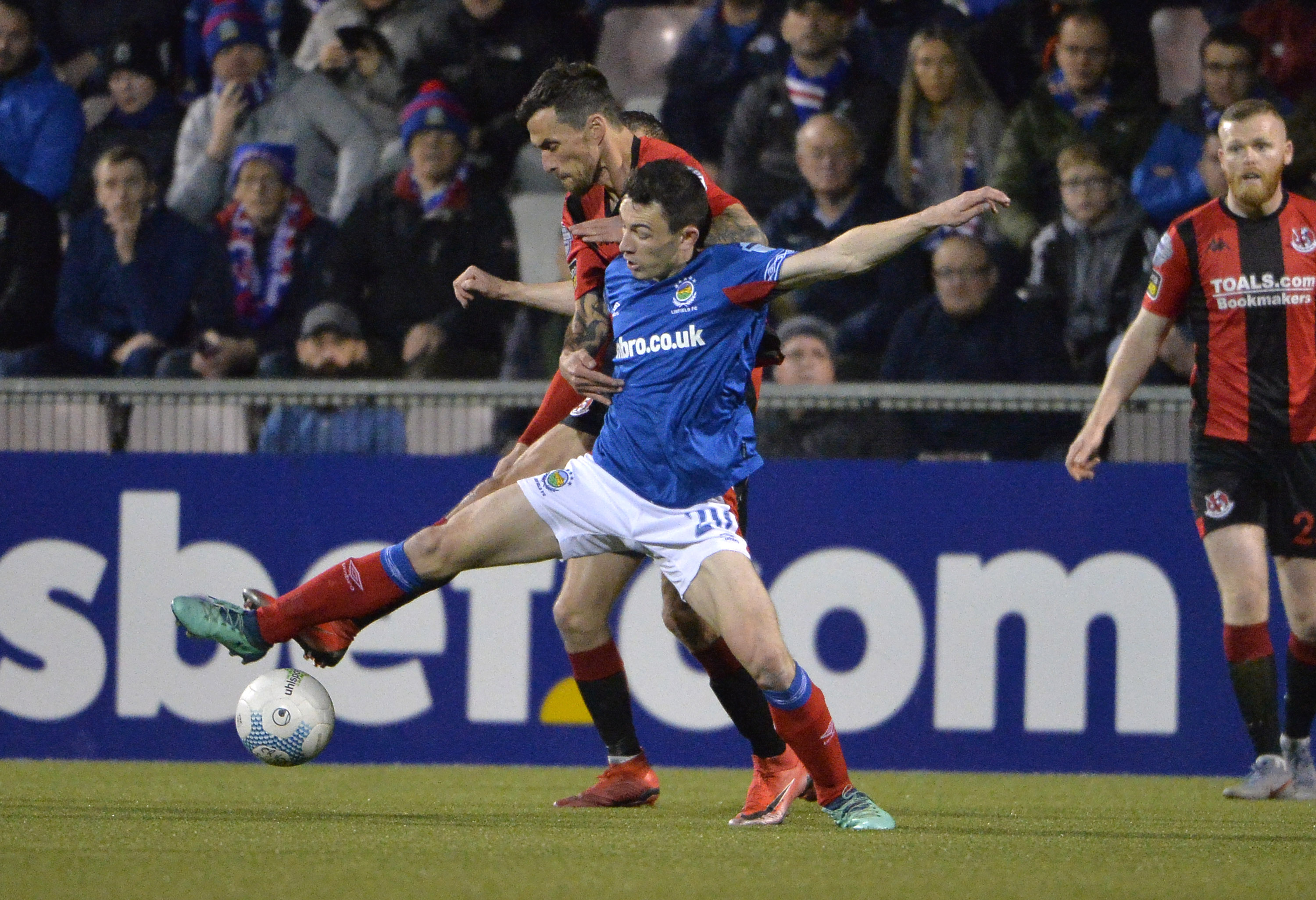 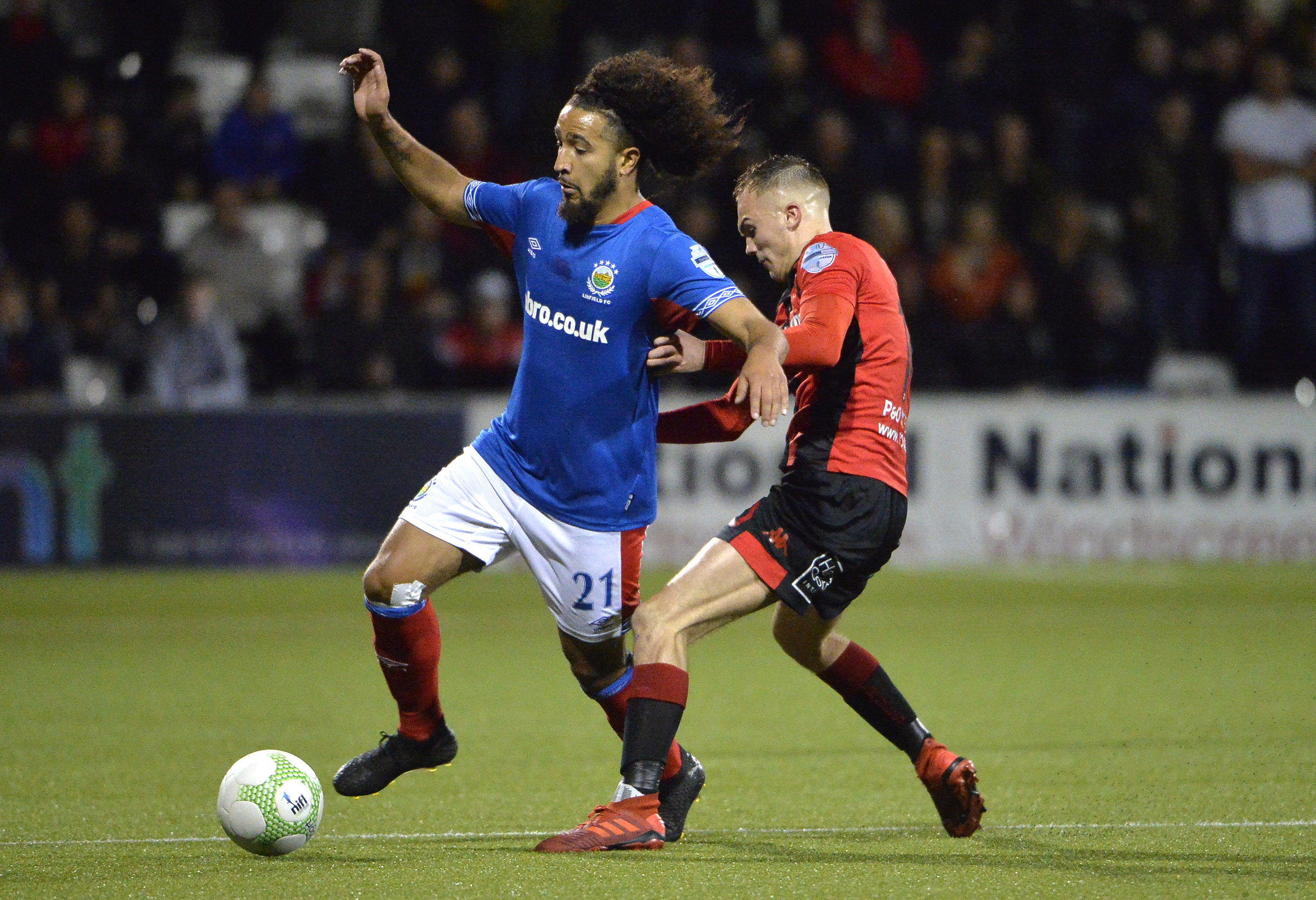 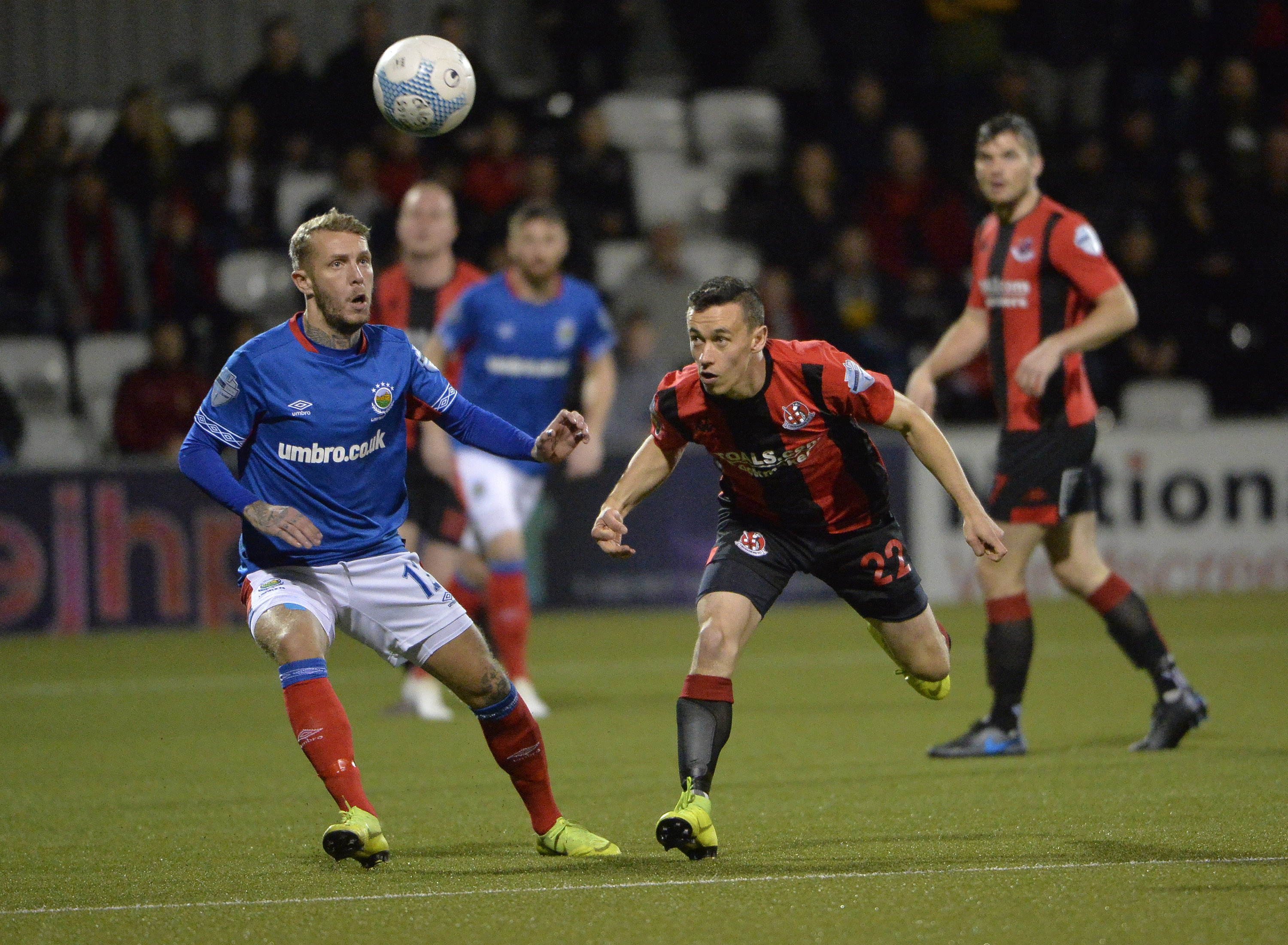 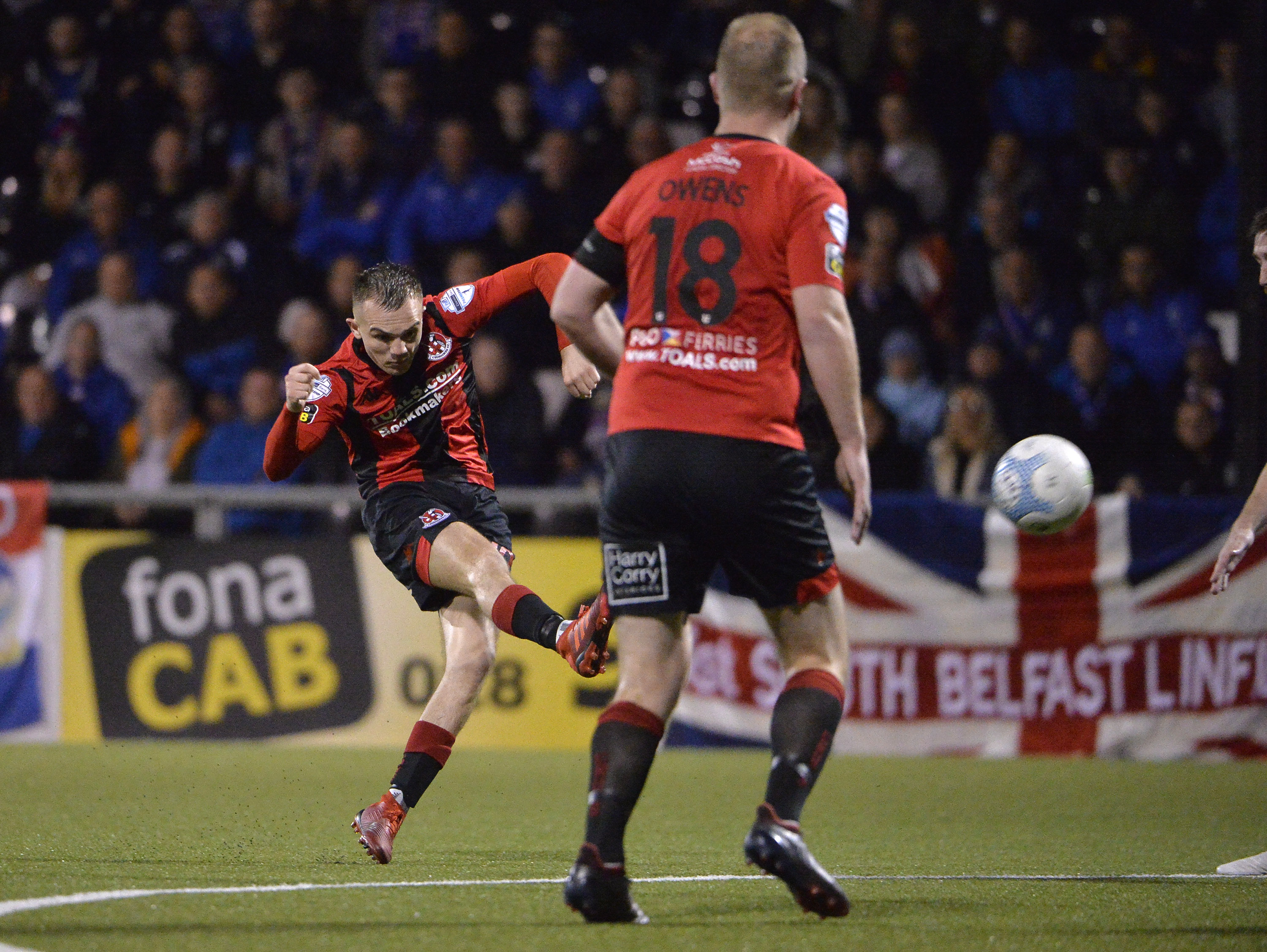 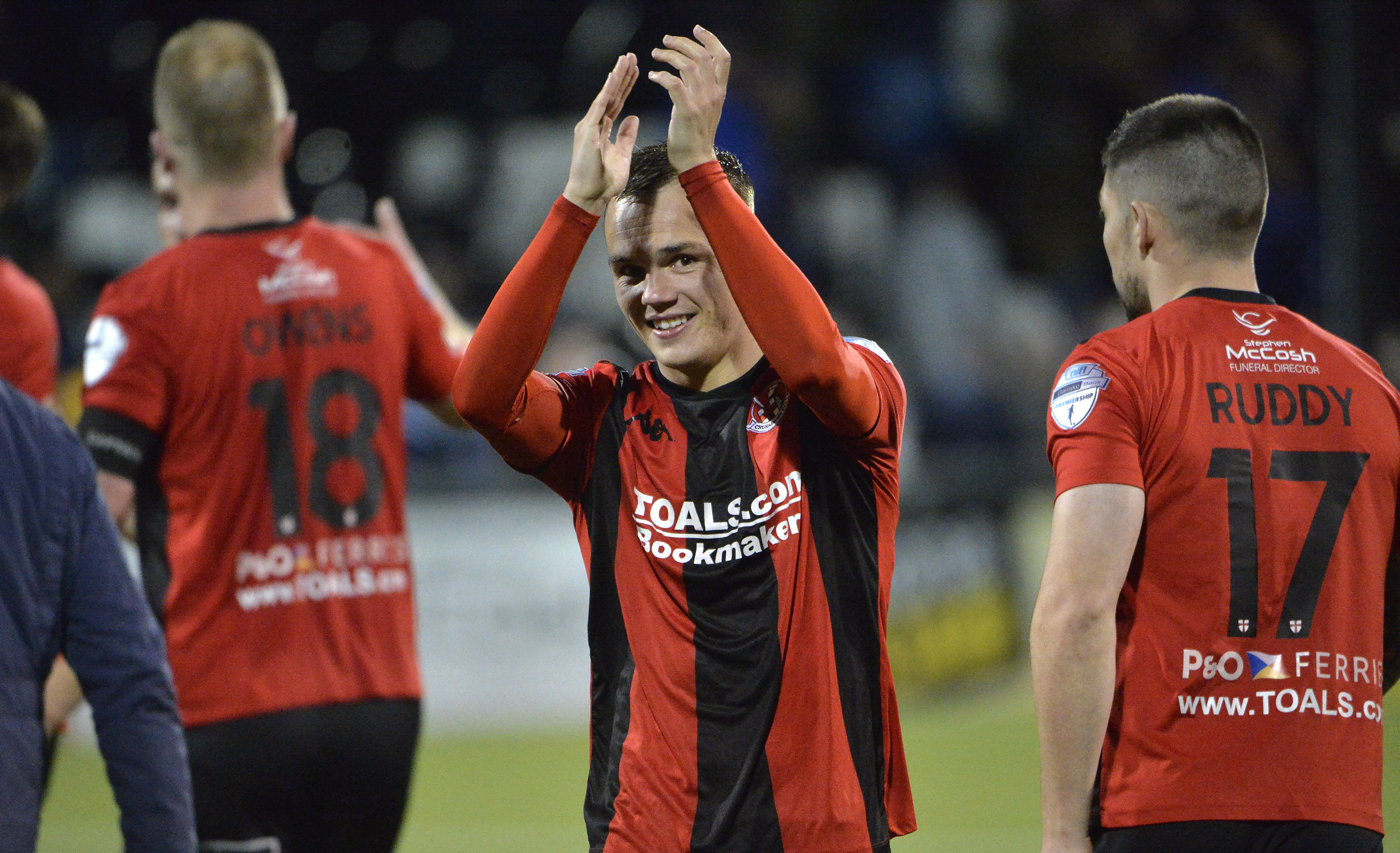 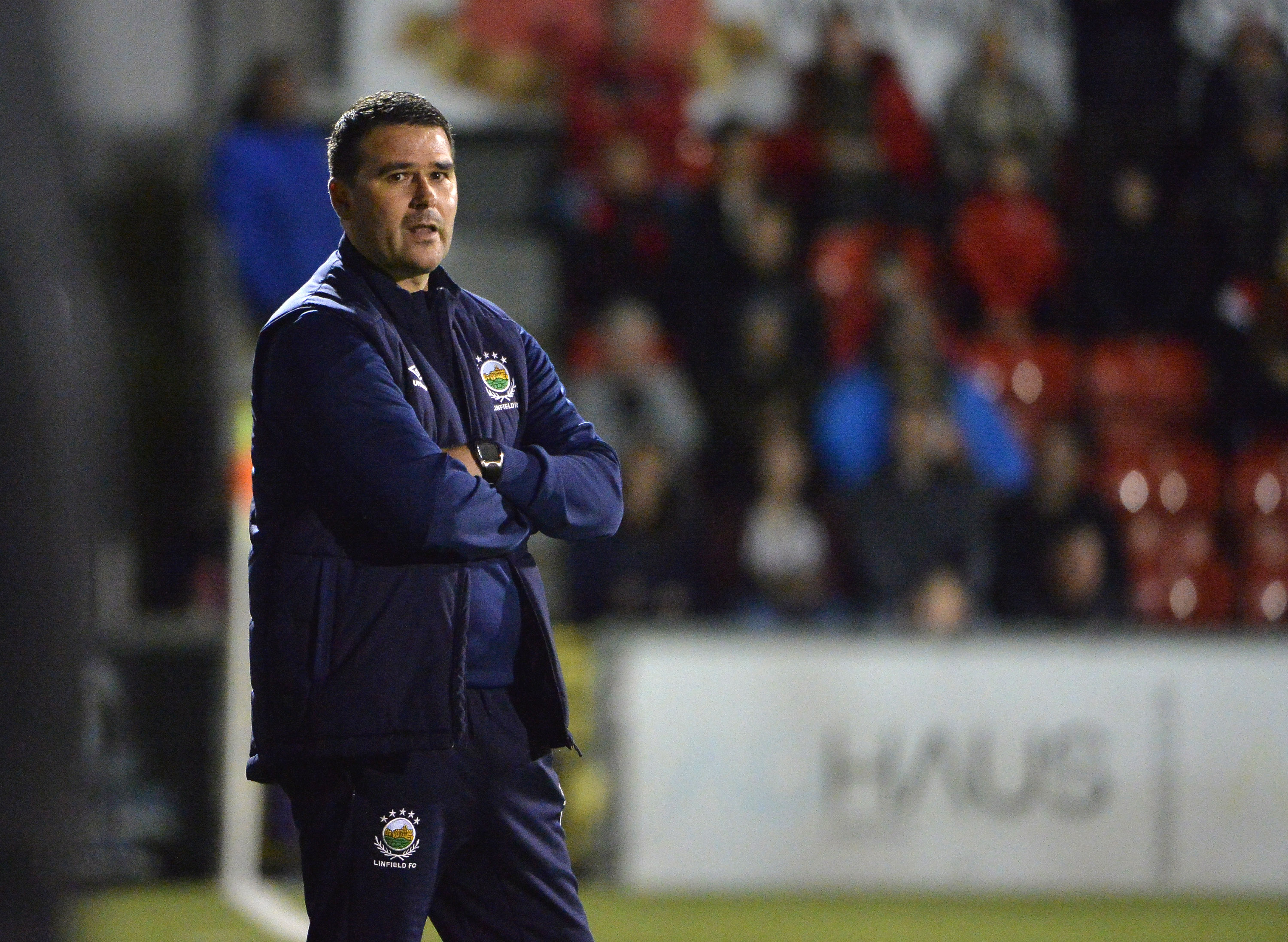