Coleraine moved to the top of the table on goal difference following victory over morning leaders Crusaders at Seaview.

Both Coleraine goals came courtesy of Ben Doherty spot-kicks, the first arriving with just over a quarter-of-an-hour on the clock when he found the corner of the net with a left-foot finish after Eoin Bradley had been impeded by Chris Hegarty.

Prior to that it had been a scrappy opening to a game which promised much with only half chances from Declan Caddell and Paul Heatley coming remotely close to breaking the deadlock.

David Cushley then tried his luck on a couple of occasions as the Crues looked to get back on level terms while, for the Bannsiders, Doherty saw a good effort tipped around the post by Crusaders keeper Gerard Doherty.

The second half was equally as bereft of decent scoring opportunities at either end. Indeed, it took almost half-an-hour for the first effort of note to come via Crues substitute Paul McElroy but Coleraine keeper Chris Johns proved more than capable of dealing with the threat.

Coleraine made sure of the points - and pole position spot - in stoppage time with Doherty's second penalty of the afternoon, successfully converted after he had been fouled in the box by Jordan Forsythe. 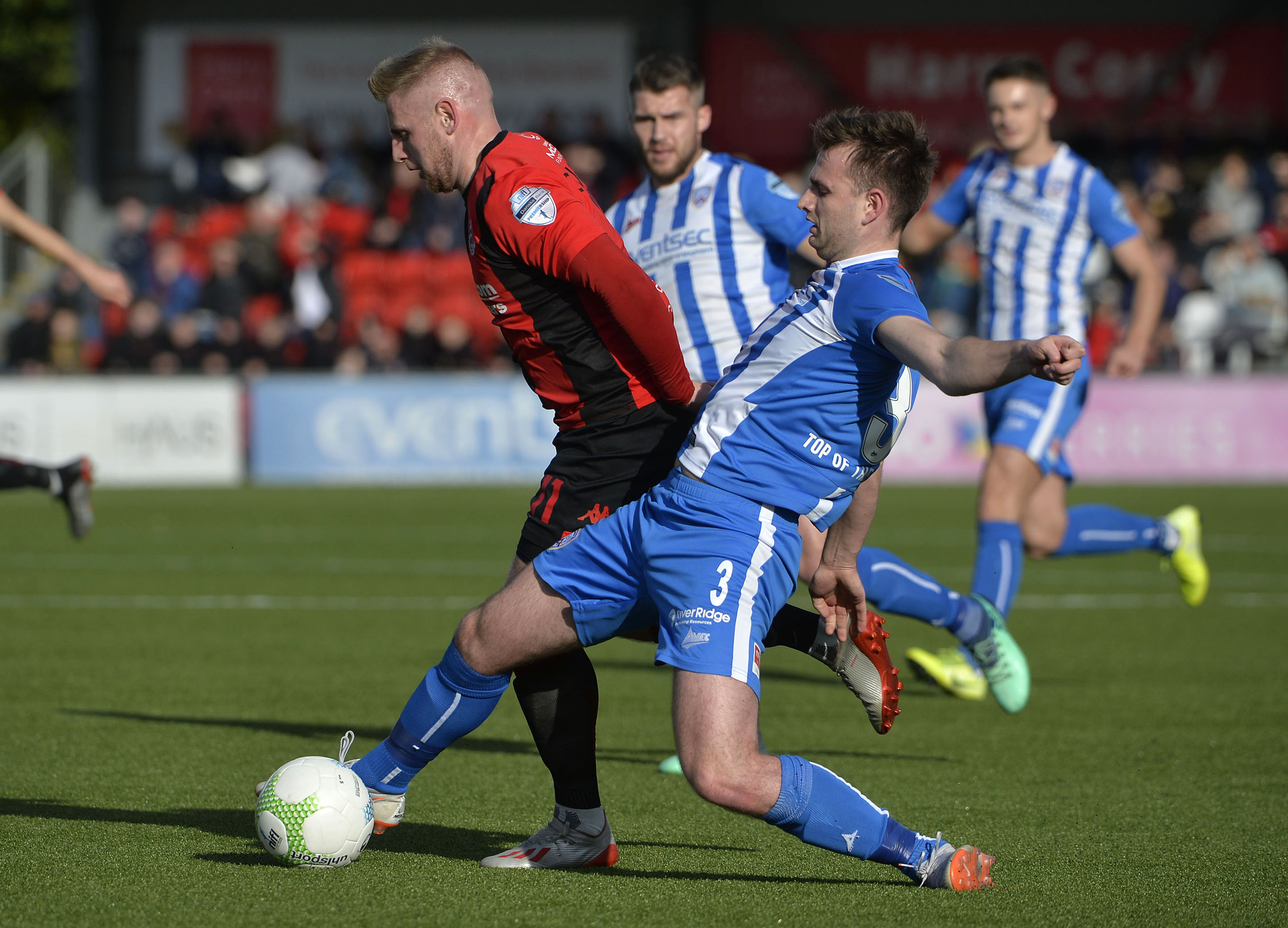 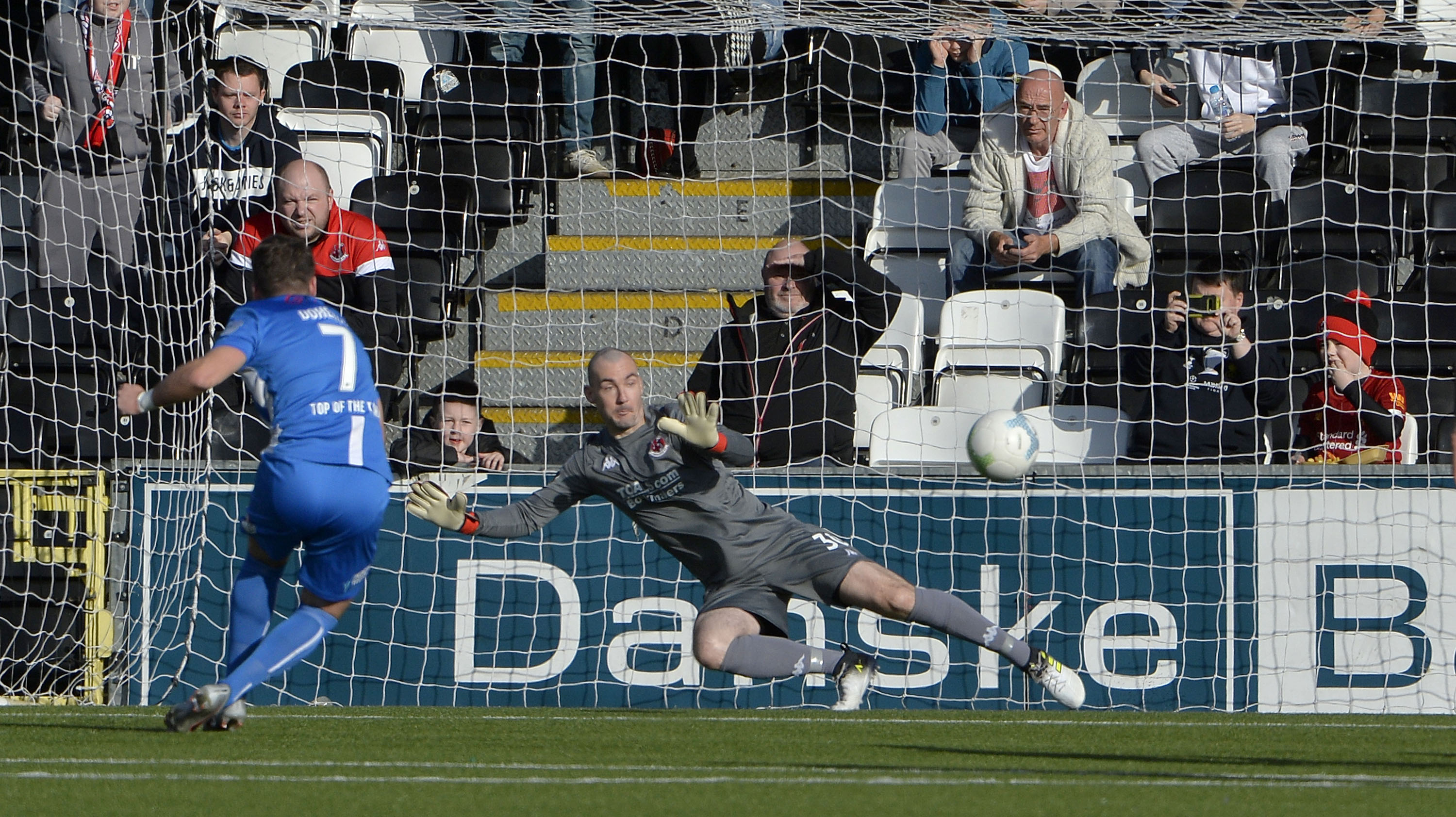 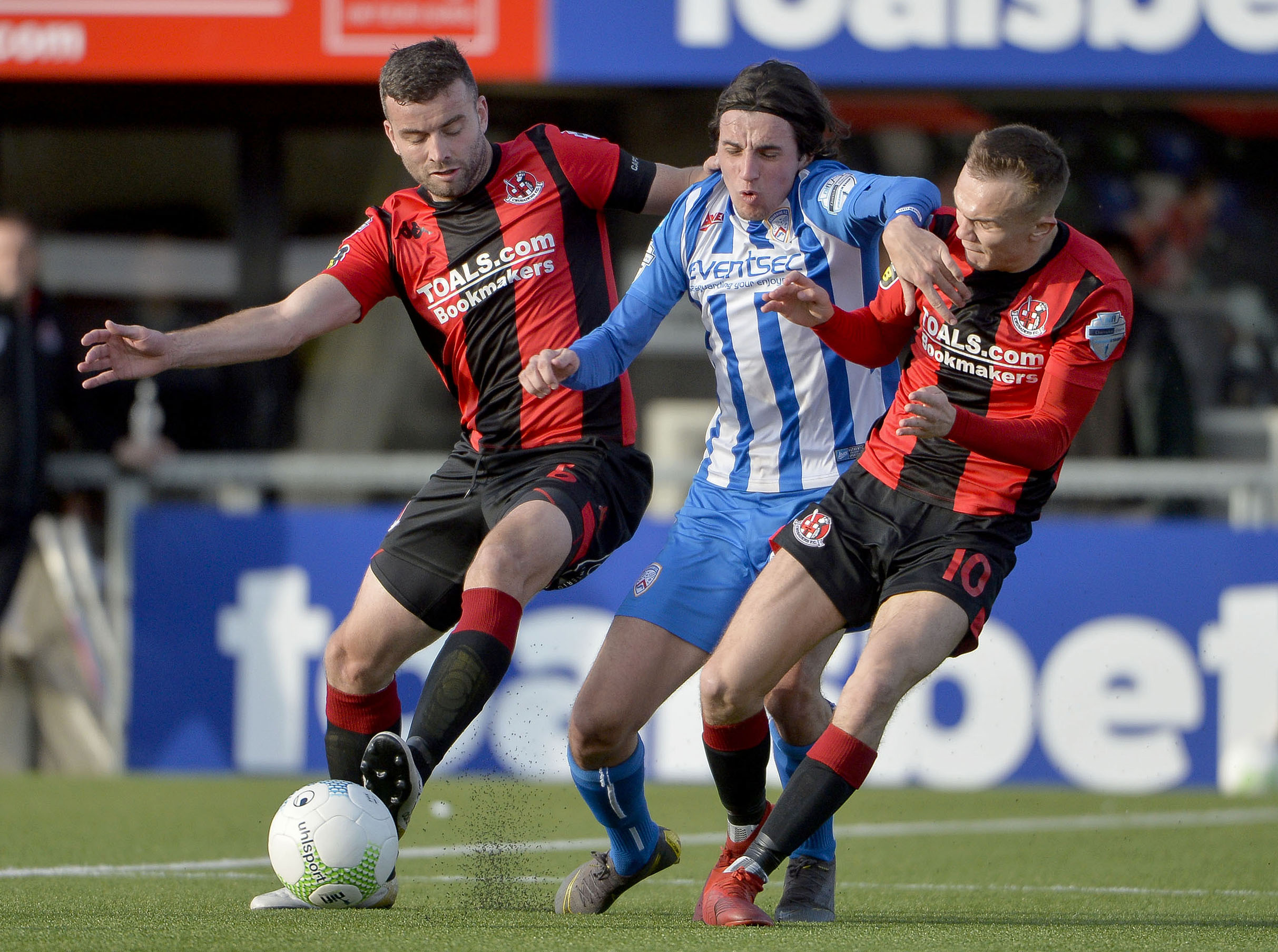 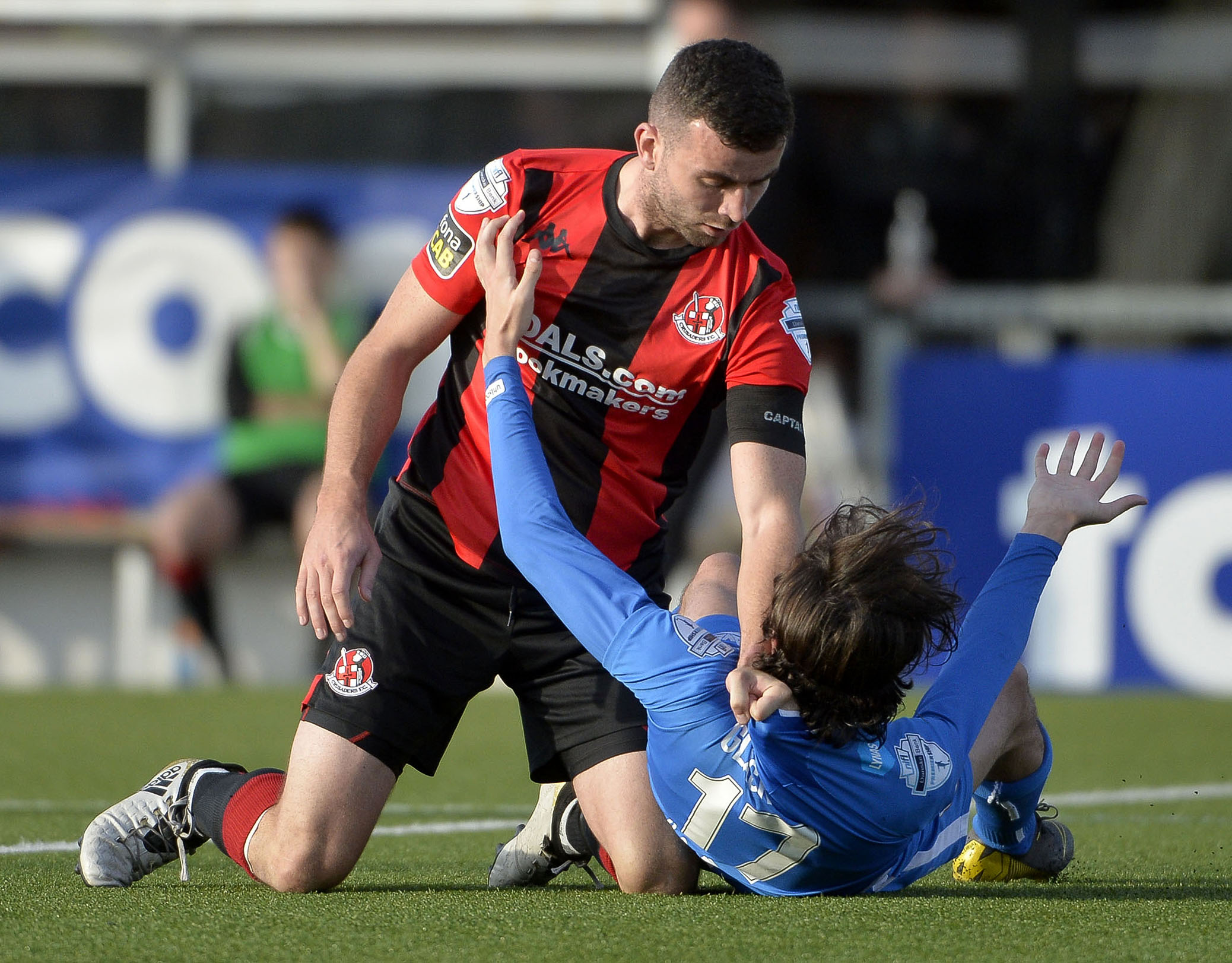 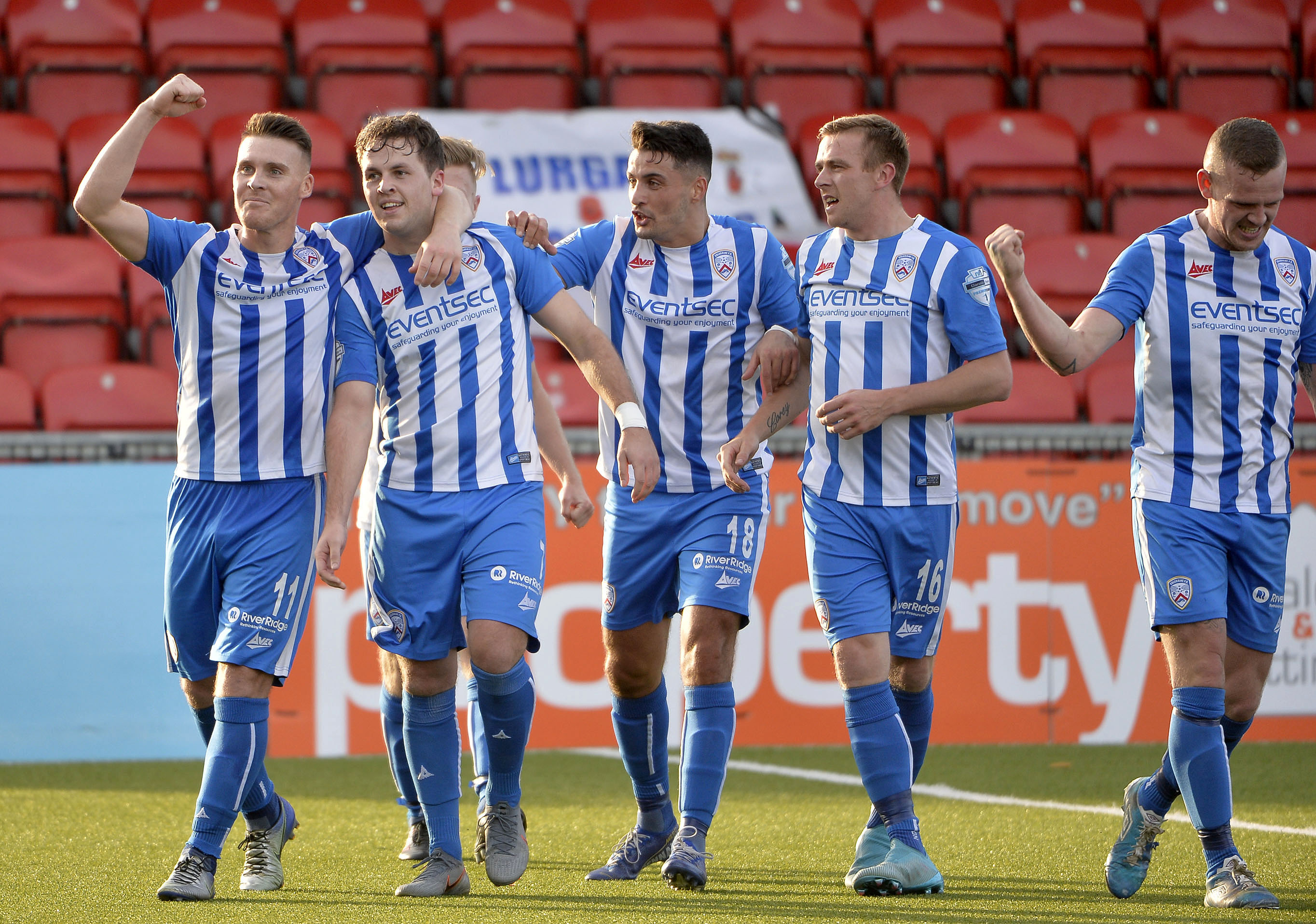 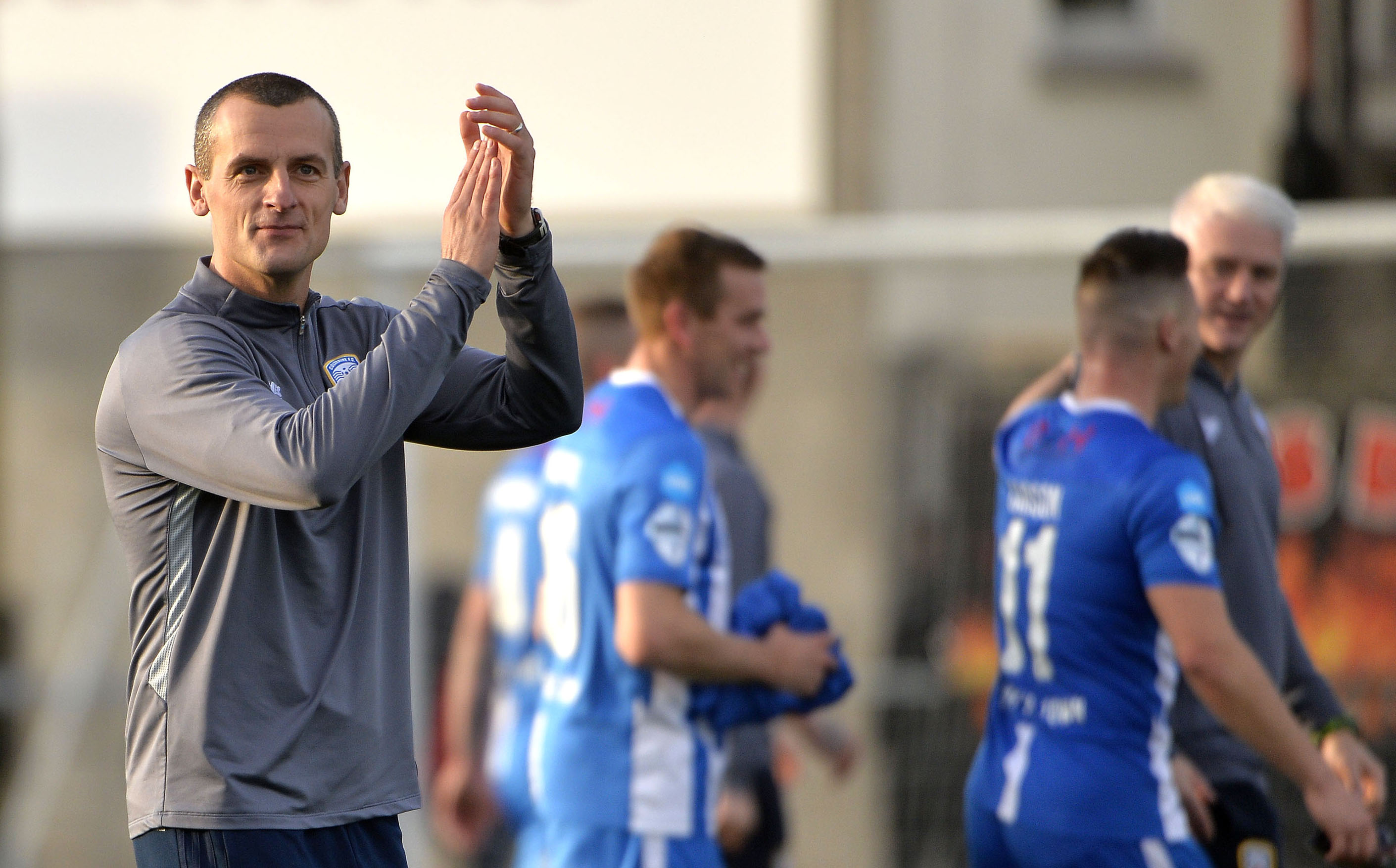