Coleraine extended their stay at the top of the Danske Bank Premiership after a comfortable win over Dungannon Swifts at Stangmore Park.

After a quiet opening to this game, it sparked to life on 28 minutes as Aaron Canning’s long ball was knocked down by Eoin Bradley into the path of Stephen Lowry, who wrong-footed goalkeeper Sam Johnston with his well placed half-volley.

Coleraine finished the first half strongly but couldn't add to their lead as Aaron Jarvis had his effort blocked by the Swifts' defender Douglas Wilson.

It took to almost the hour mark for another score in this game. Lowry added his and Coleraine's second of the afternoon as he reacted to a fine save from Johnston from Jarvis' effort to finish the rebound, despite the best efforts of Dylan King on the line.

Goalkeeper Johnston was on hand to prevent Dungannon Swifts going further behind on 69 minutes when he managed to tip Aaron Jarvis’ effort onto the crossbar.

The points belong to the Bannsiders, who maintain their one point lead over Cliftonville at the top of the table with Dungannon Swifts remaining in eighth spot. 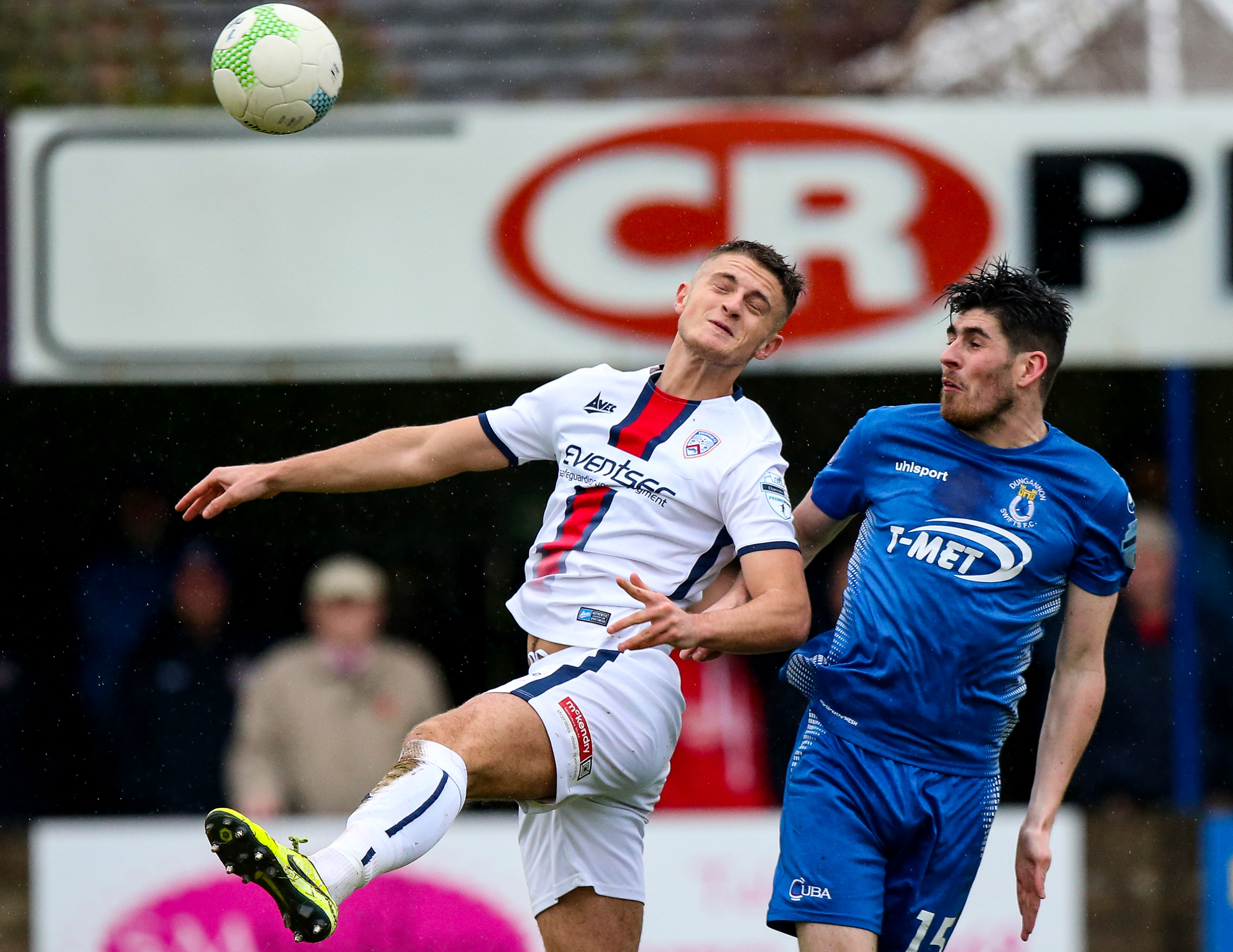 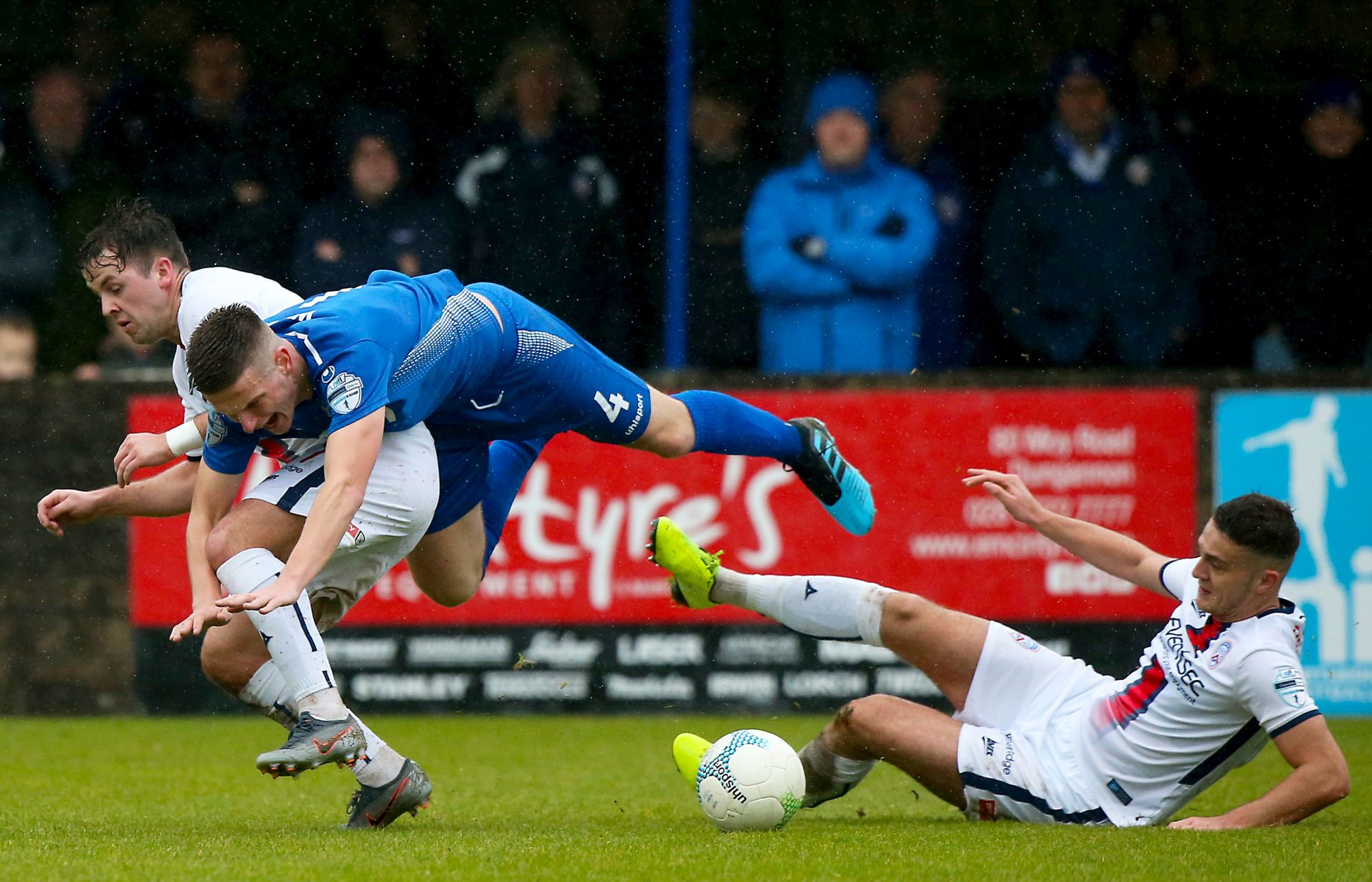 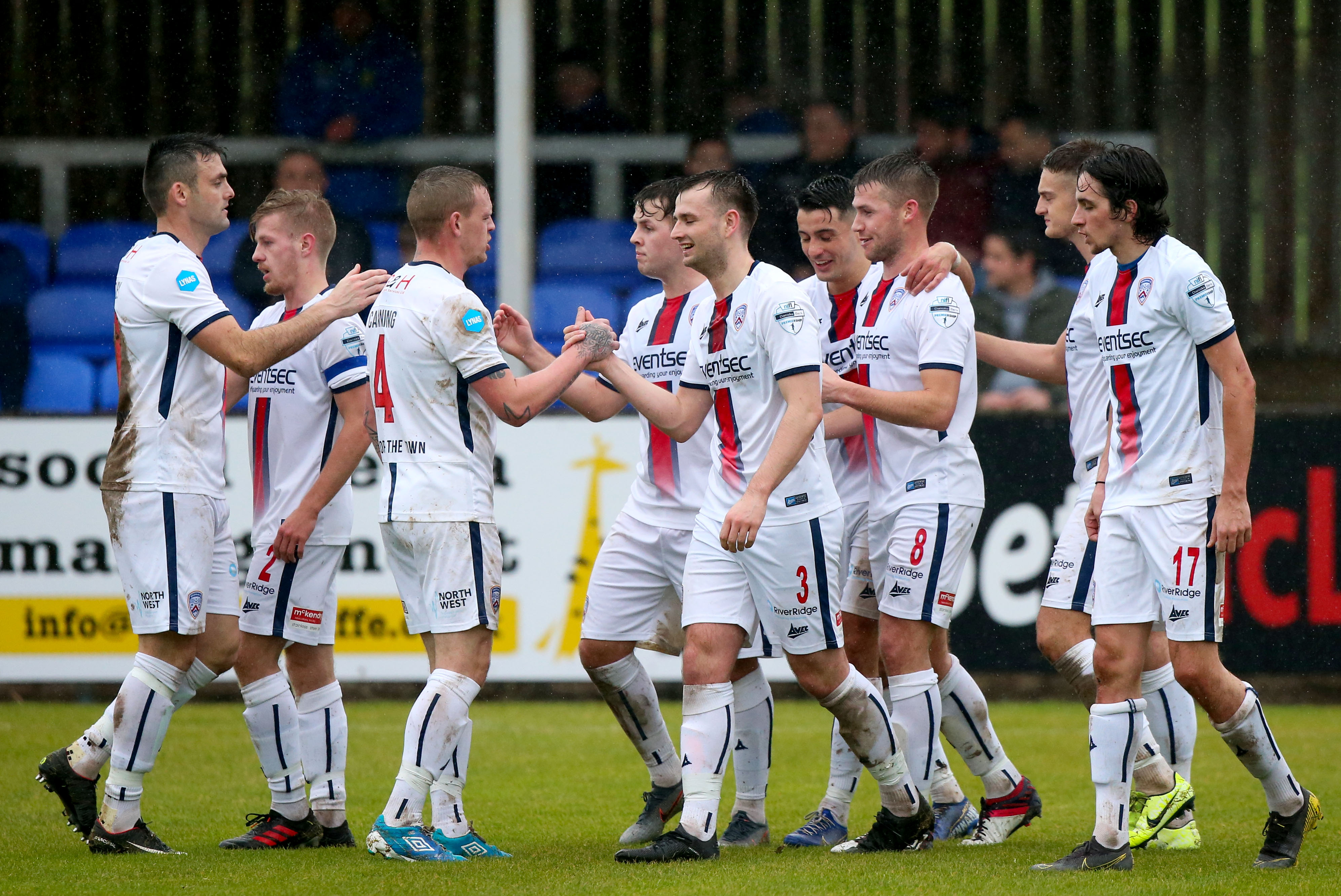 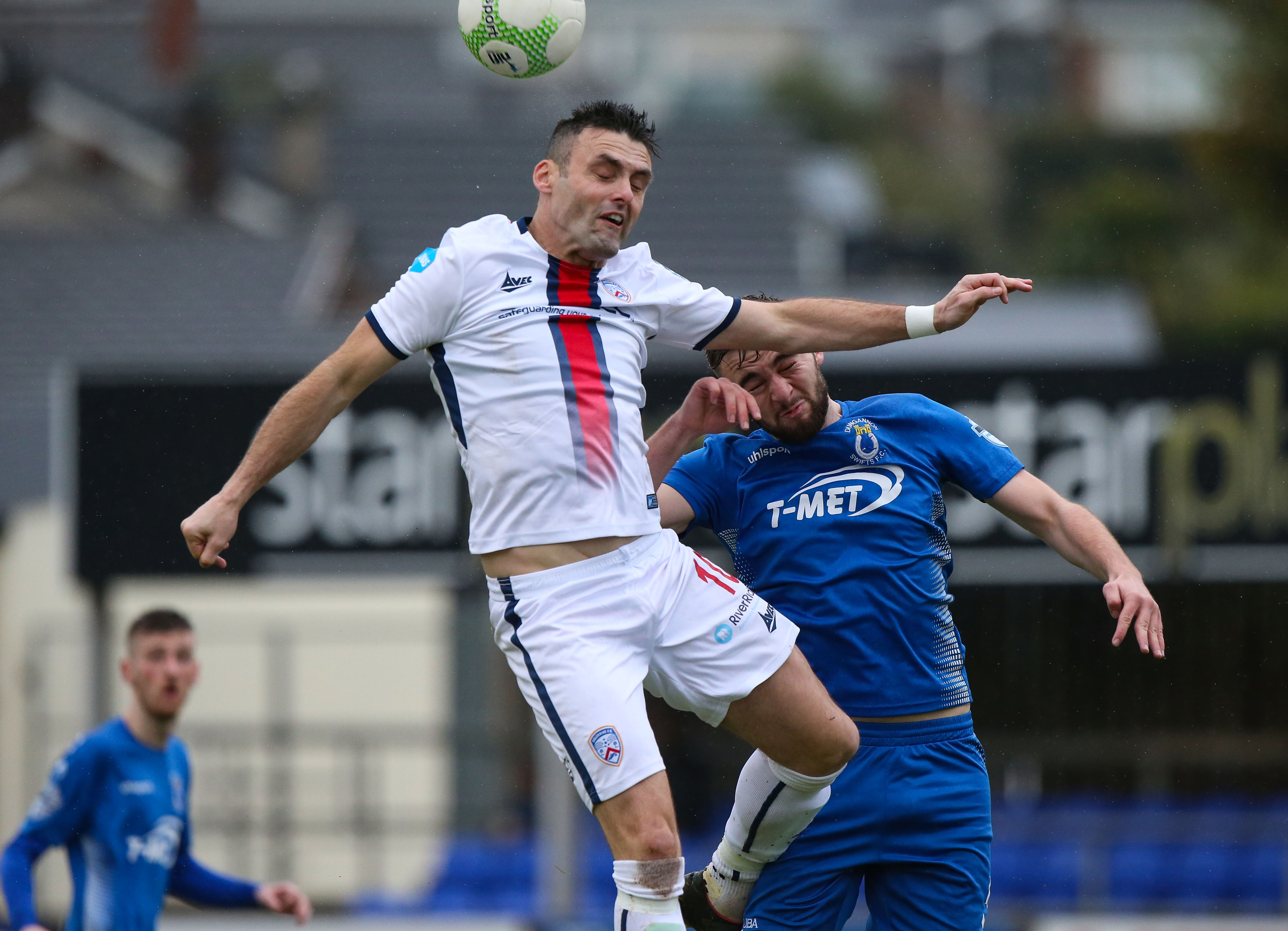 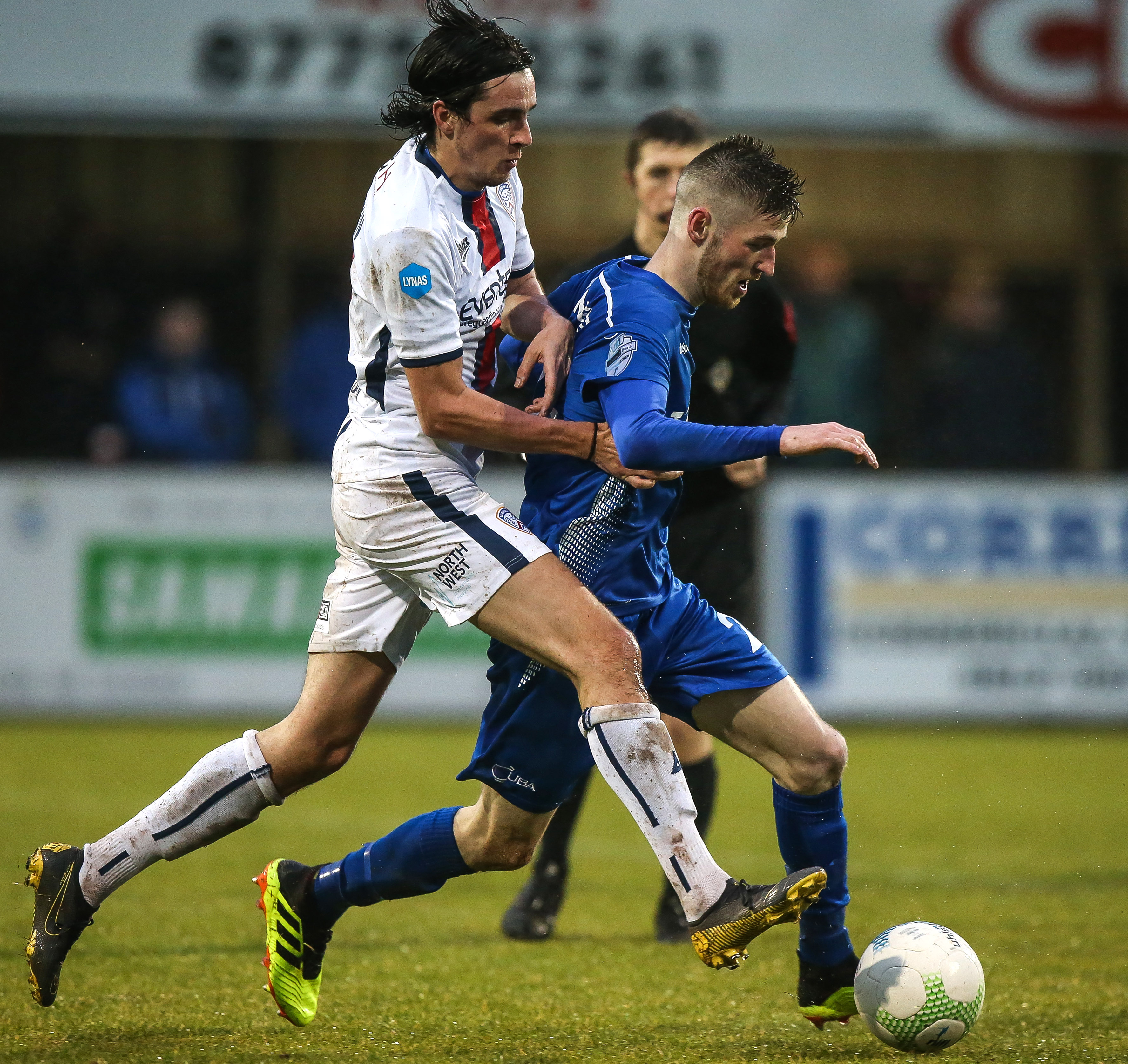 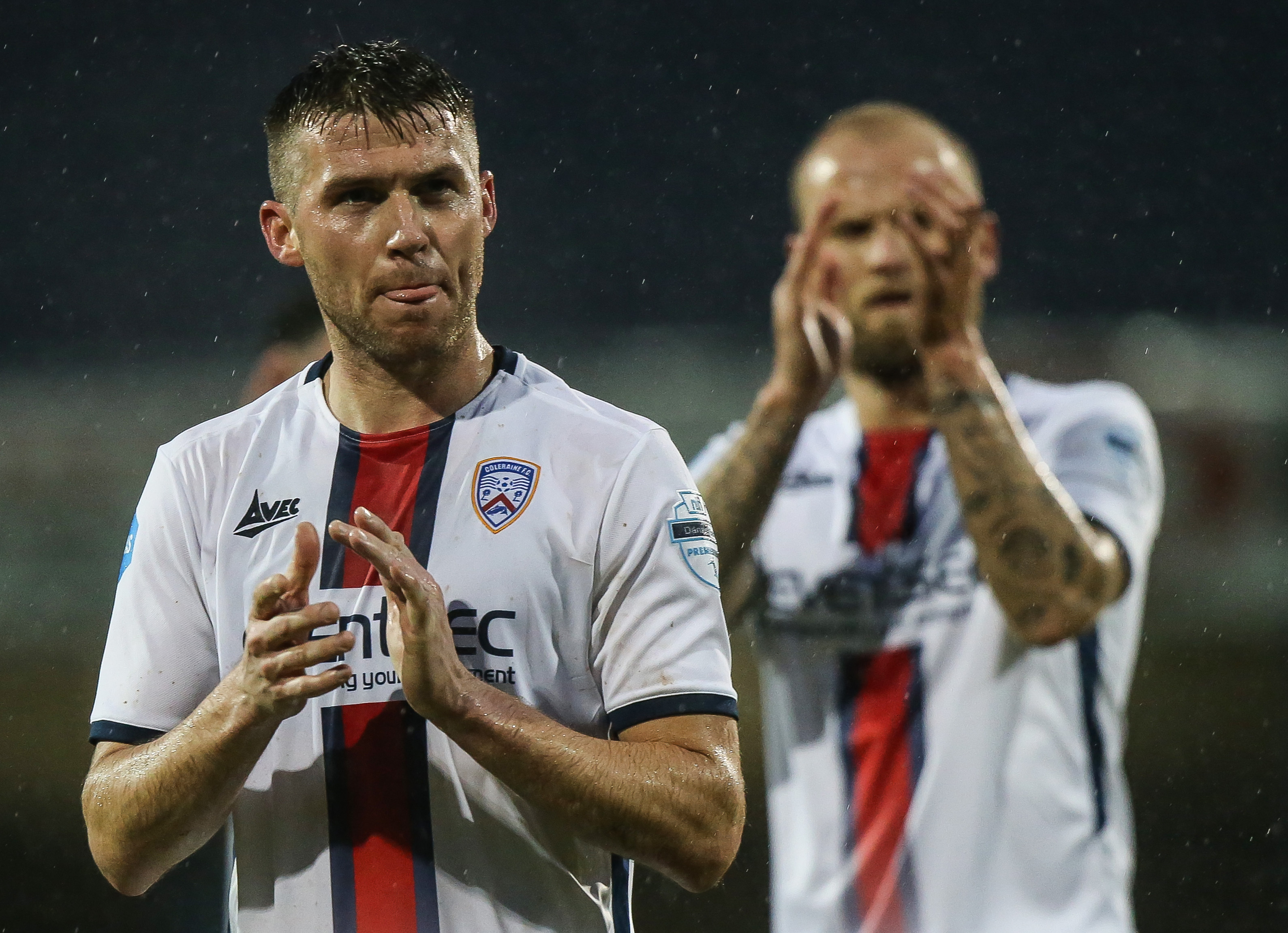