CRUES BACK ON TOP FOLLOWING SECOND HALF GOAL BLITZ

Crusaders moved back to the top of the table on goal difference with an emphatic 6-1 victory over Dungannon Swifts at Stangmore Park.

Despite the eventual outcome it was Dungannon's Douglas Wilson who opened the scoring when he delivered a fiercely struck 25-yard drive past Gerard Doherty after Rhyss Campbell and Ben Gallagher combined to craft the opportunity.

However, Crusaders levelled just a couple of minutes after that when Paul Heatley's shot took a deflection off Ross Redman on it's way past Sam Johnston.

That was how it stayed until the Crues hit five in a storming 20-minute spell midway through the second half.

Ross Clarke fired Stephen Baxter's side in front just before the hour at the back post after David Cushley had flicked on Jamie McGonigle's cross.

Philip Lowry made it 3-1 soon after with a header from another McGonigle ball, with the Swifts dealt a further blow moments later when keeper Johnston was forced to go off injured to be replaced by 16-year-old substitute Conner Byrne.

Howard Beverland headed a fourth for Crusaders on 66 minutes with McGonigle adding a fifth seven minutes after that with a superb curling effort into the far top corner after cutting inside from a Cushley pass.

McGonigle then completed the scoring a few minutes later with a free-kick which Byrne could only parry into the net, and might almost have grabbed a hat-trick towards the end only to rifle the ball against the crossbar. 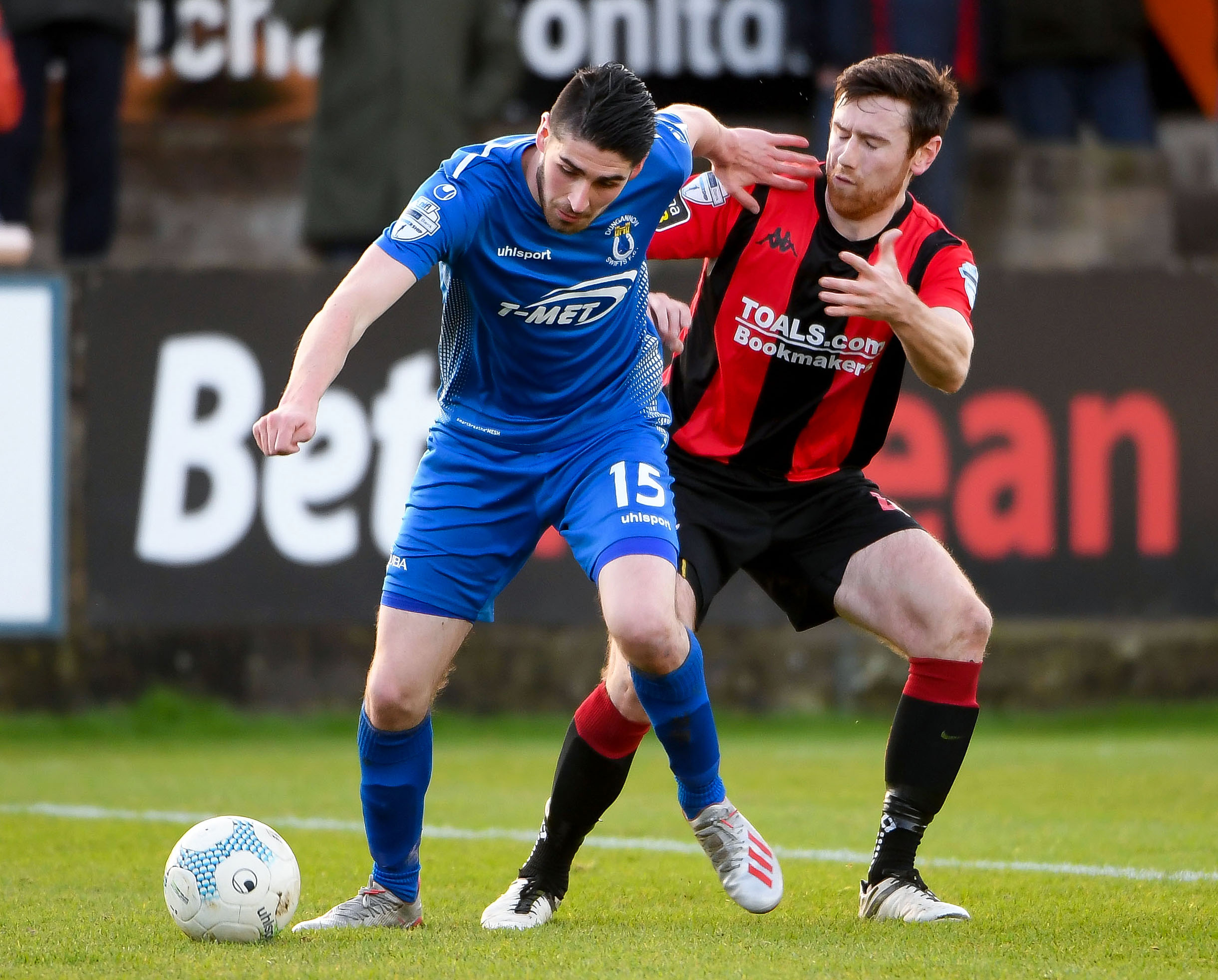 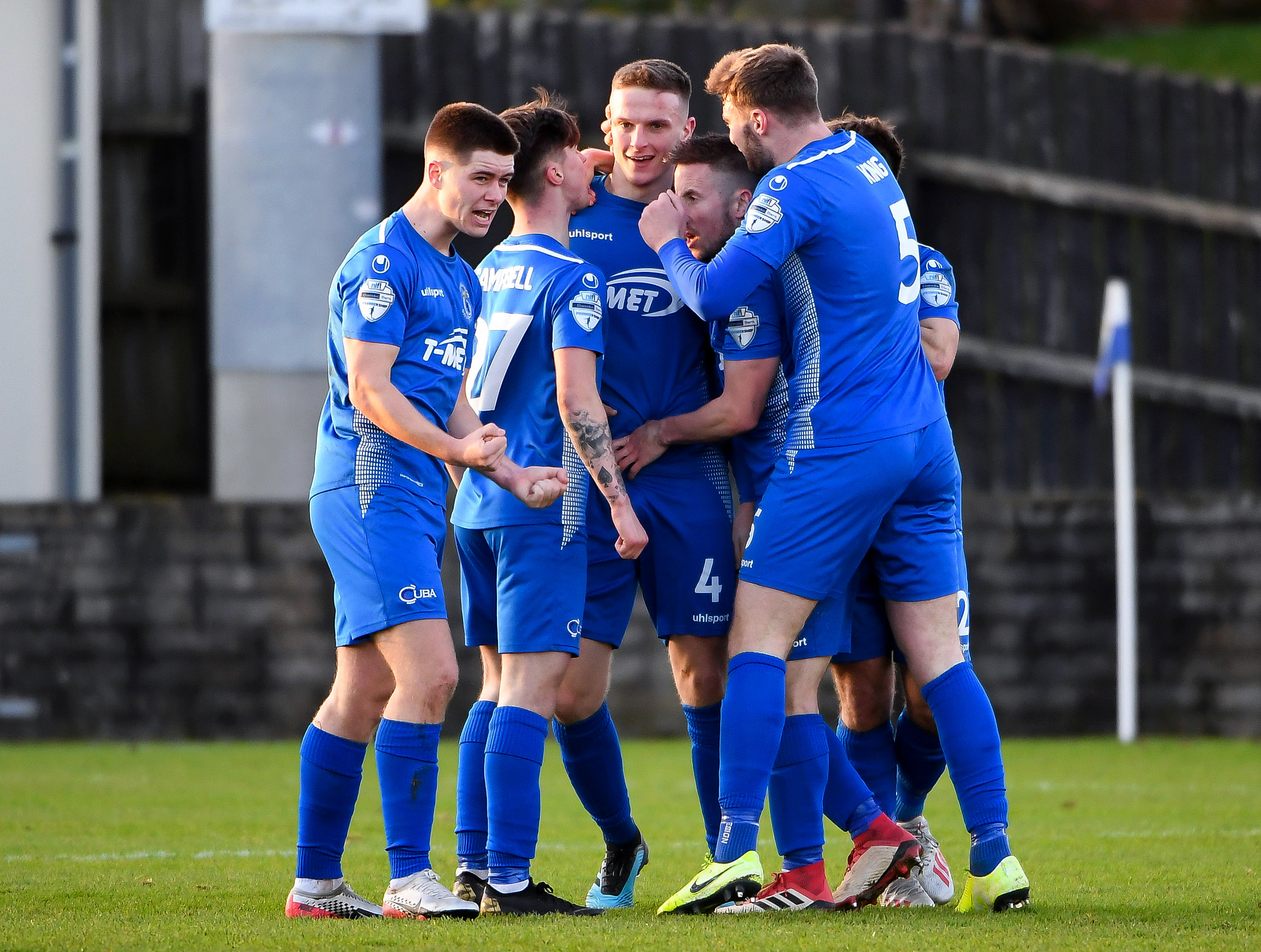 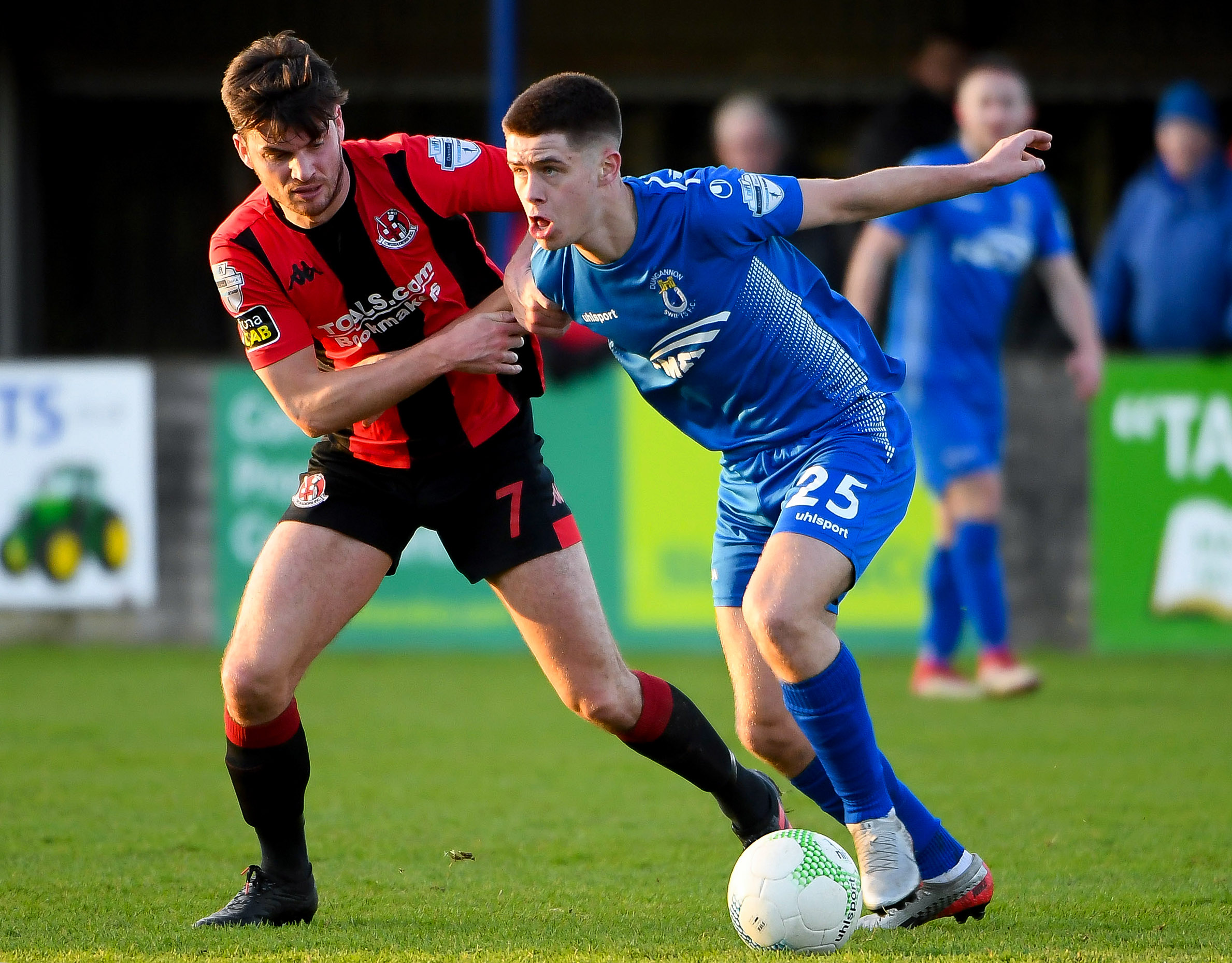 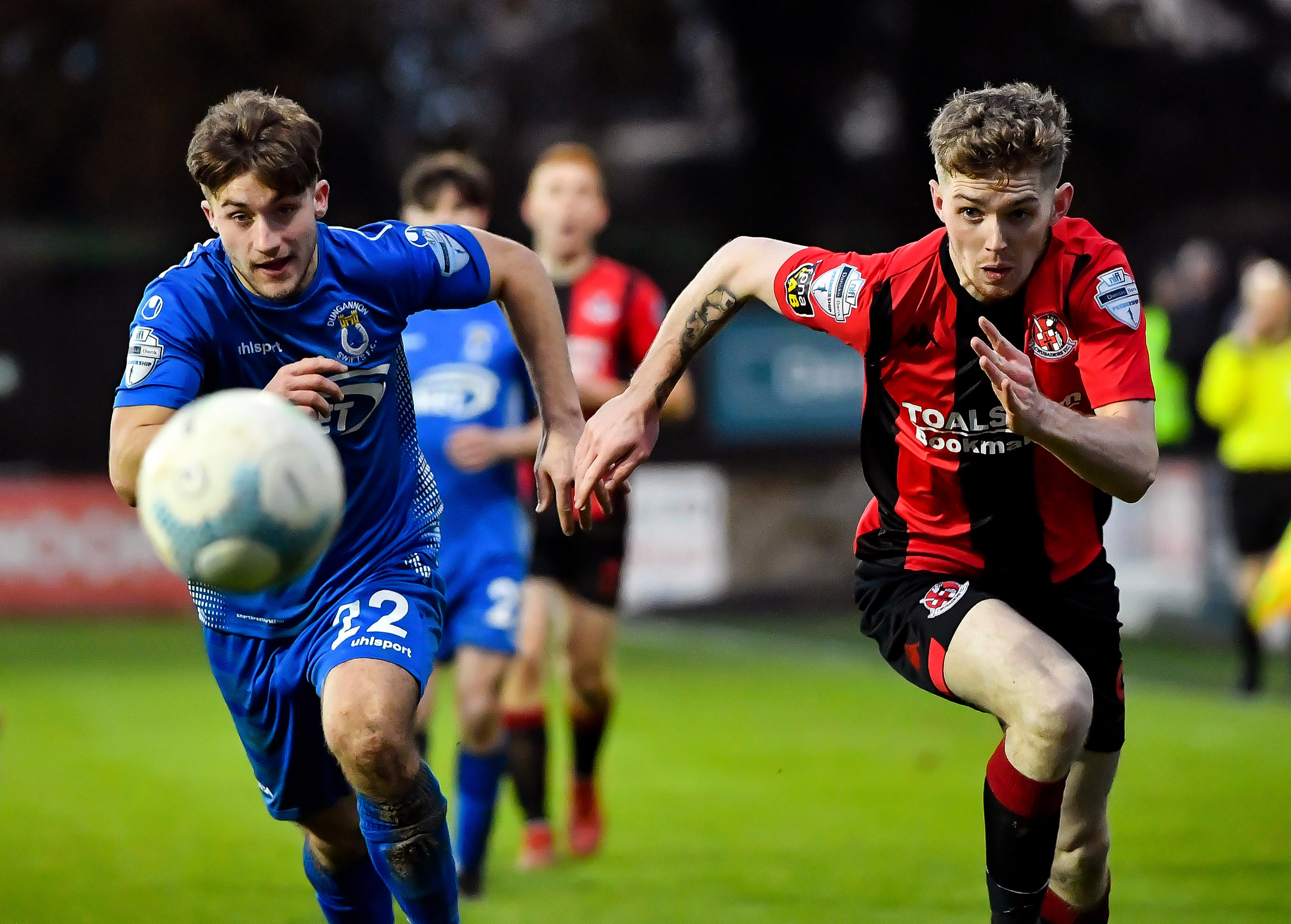 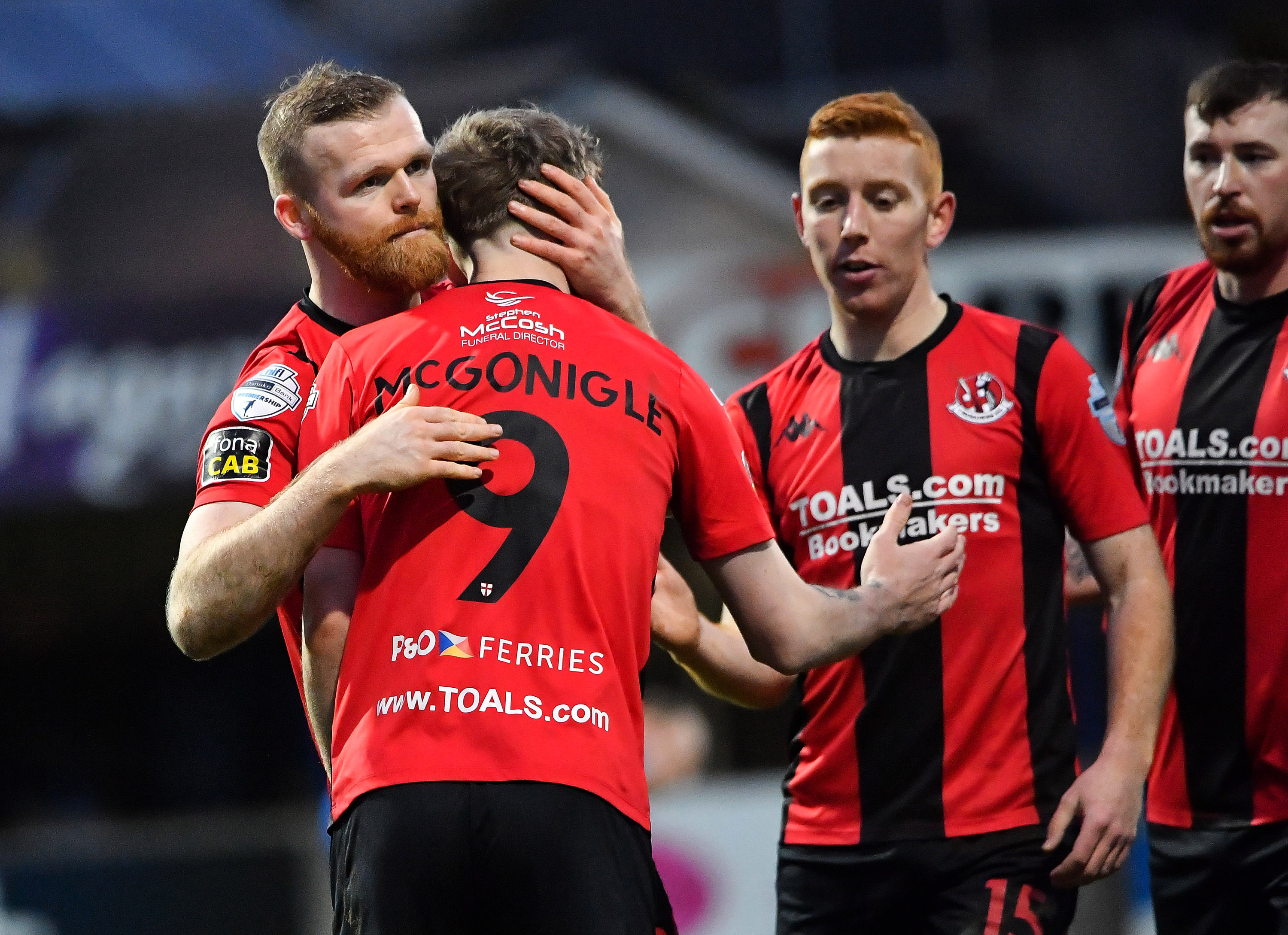 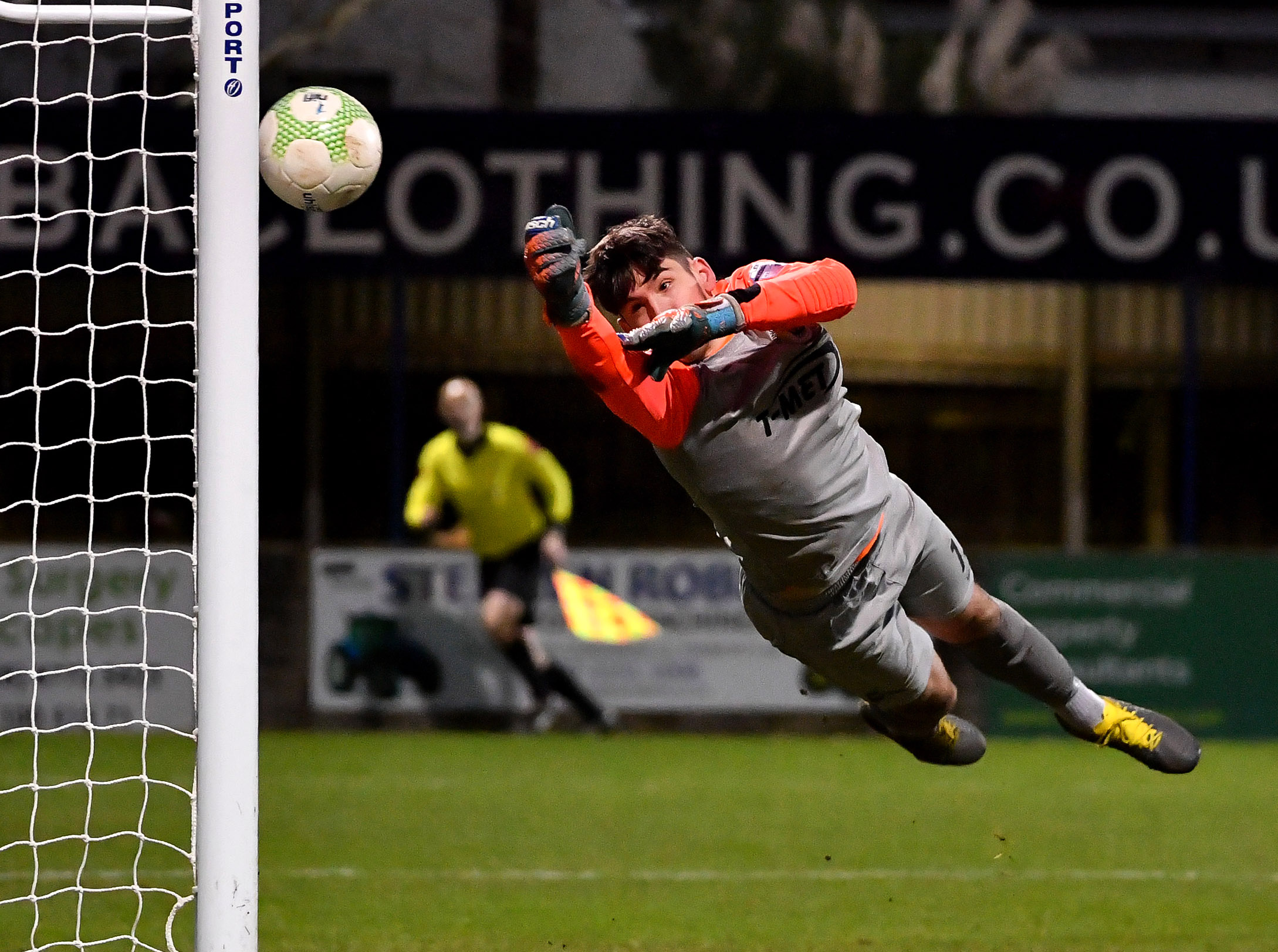