GLENS AND CRUES DRAW AT THE OVAL

Glentoran and Crusaders earned an equal share of the spoils from an entertaining encounter at The Oval.

The sides exchanged chances during the opening quarter-of-an-hour with Hrvoje Plum testing Gerard Doherty with a volley while, at the other end, Declan Caddell fired just wide of the post.

As the first half progressed the Crues created the better chances with Philip Lowry having a free header inside the box before Ross Clarke fired into the side netting.

The second period got off to a frantic start. Glentoran might have edged in front early in the second half after Chris Gallagher worked his way into the box to tee Plum up but his low effort was scrambled past the post.

Then Robbie McDaid had a chance cleared off the line by Chris Hegarty followed by Caddell forcing a good save from Antolovic with a header.

However, it fell to the Crues to open the scoring on 49 minutes through Jamie McGonigle with an excellent drilled finish past Marijan Antolovic.

It was a lead Stephen Baxter's side held until ten minutes from time when McDaid did well to find the bottom corner despite coming under pressure from the Crues defence.

McDaid might have had a second with a goalbound header but Doherty was alert to the danger.

Glentoran ended the game with ten men following Cameron Stewart's dismissal after a clash with Howard Beverland but there was no time left for the visitors to make their numerical advantage count. 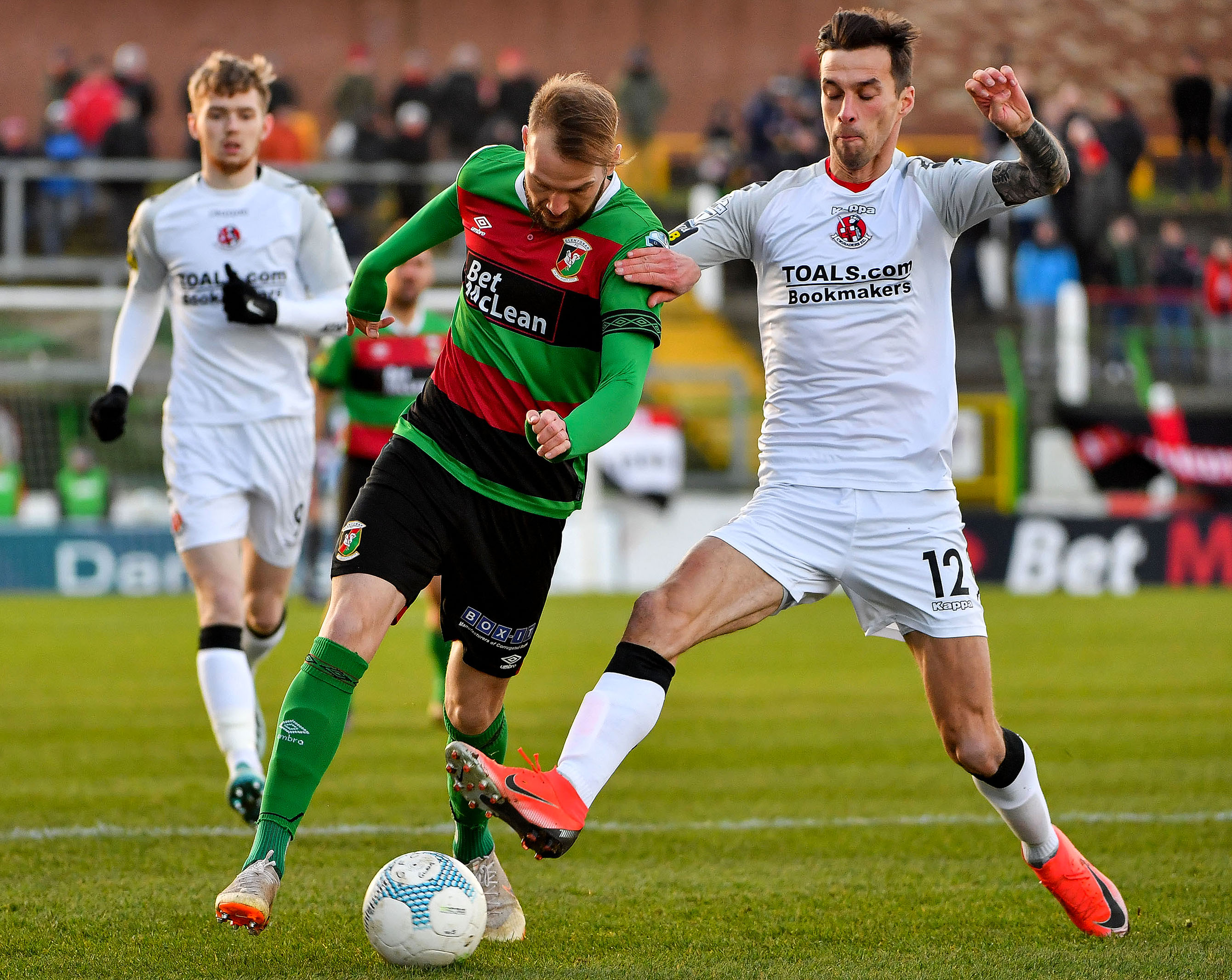 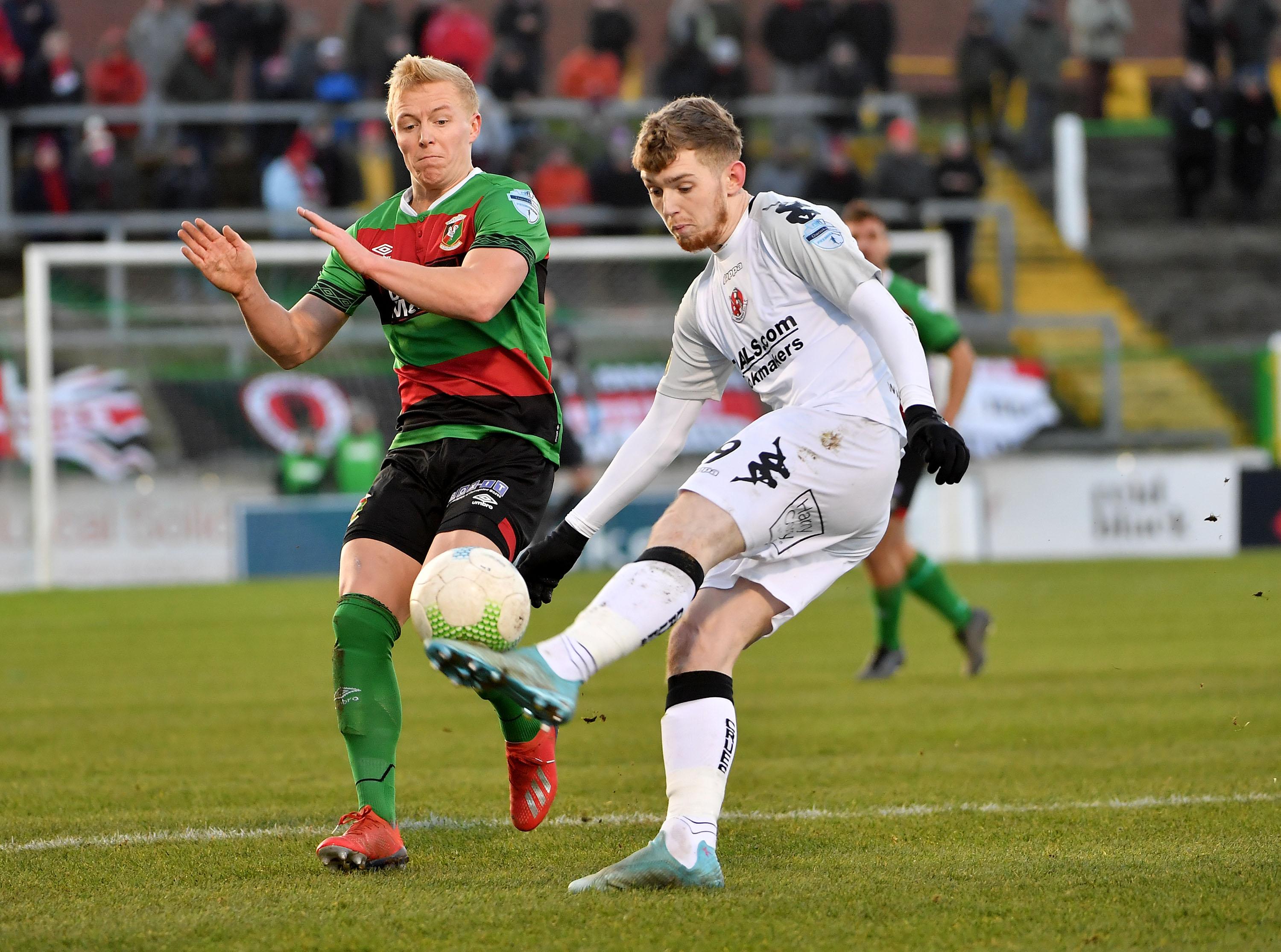 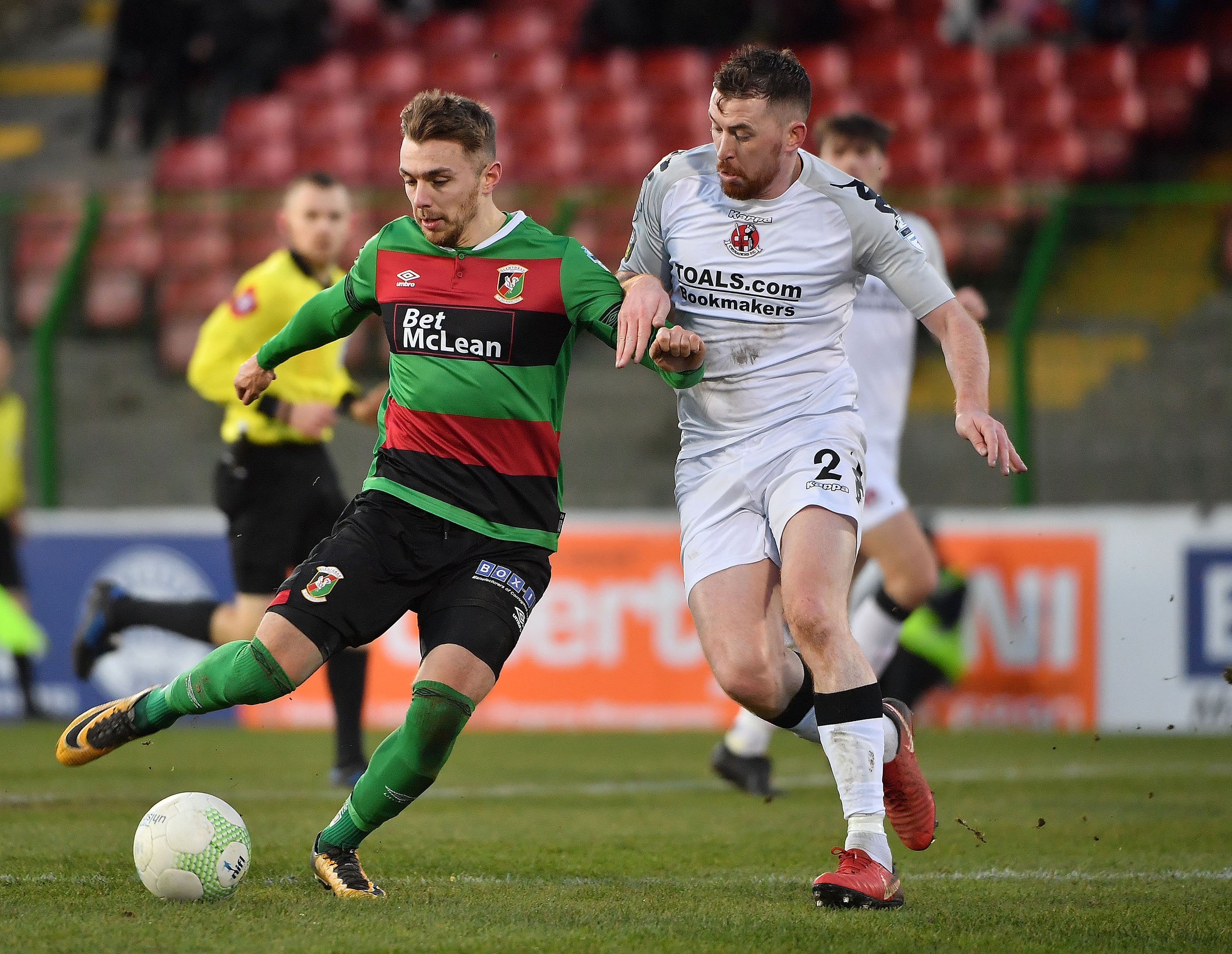 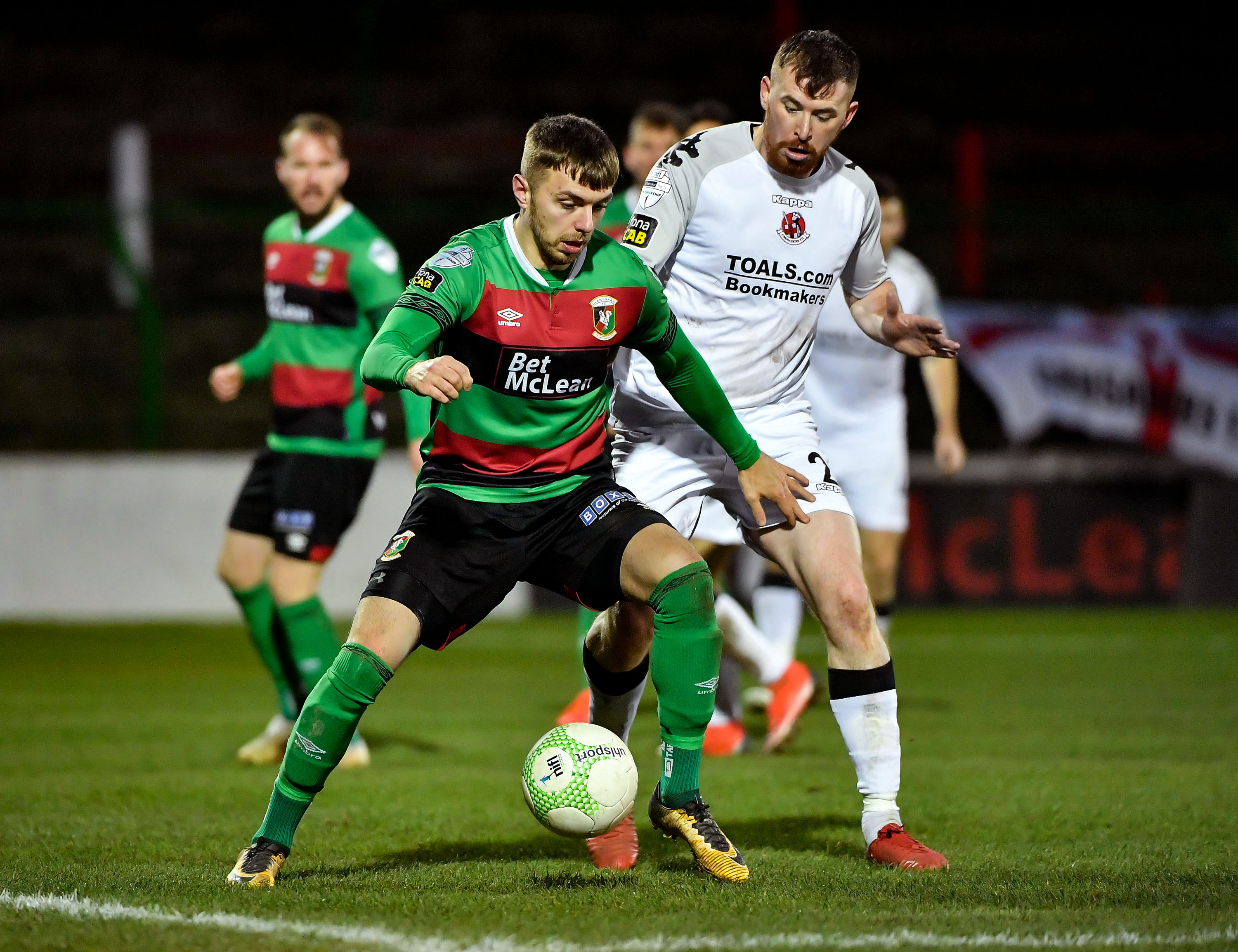 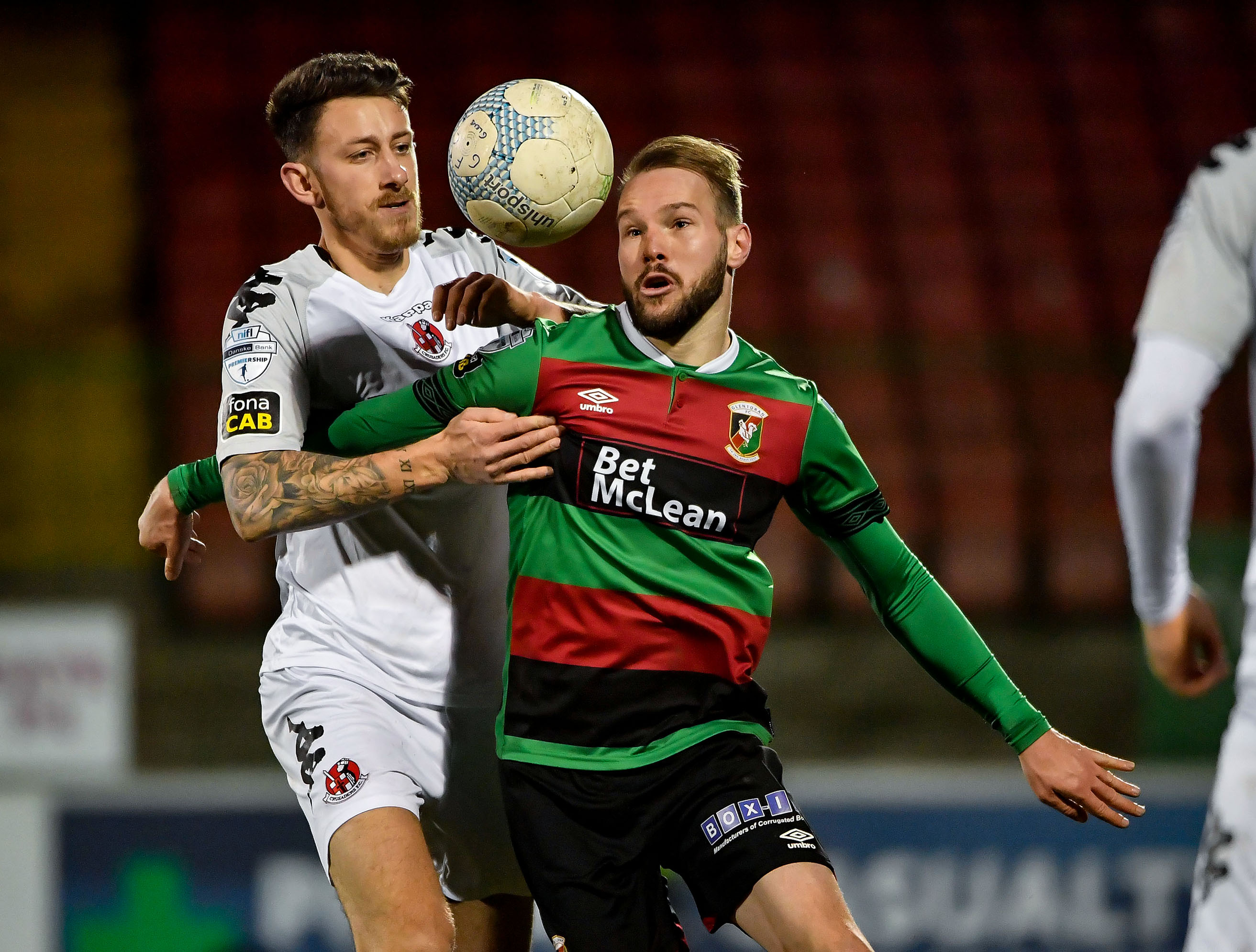 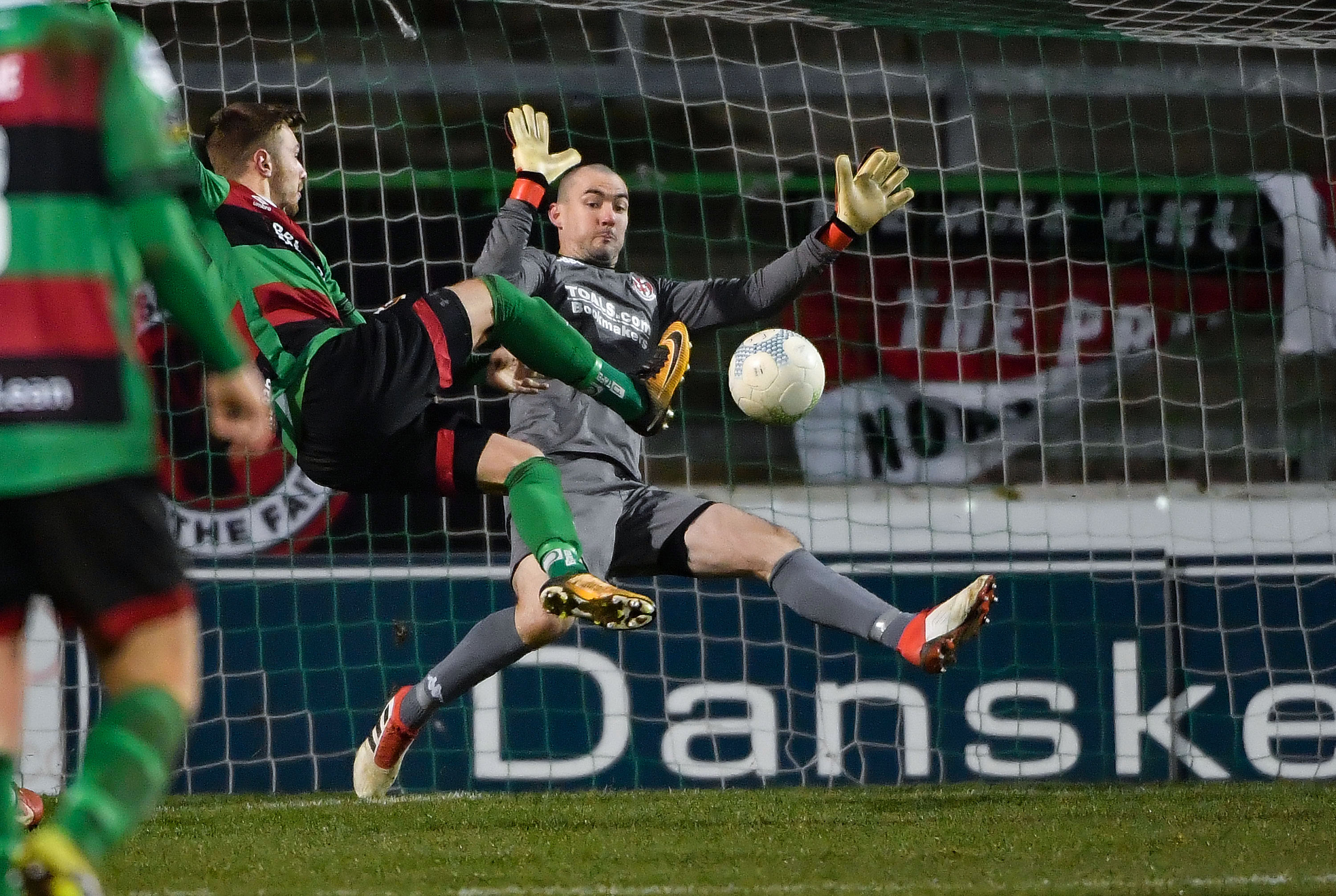