Joel Cooper bagged a late equaliser to keep Linfield top of the table following this clash with Crusaders at Windsor Park.

The Crues moved in front as early as the eighth minute when Declan Caddell met a Philip Lowry cross to the back post to head past Rohan Ferguson.

Stephen Baxter's side might well have doubled their advantage midway through the first half when Ferguson twice denied Jamie McGonigle in quick succession while, for Linfield, Jordan Stewart and Shayne Lavery failed to make the most of a loose ball from a low Cooper effort.

Then, on 38 minutes, Cooper almost levelled only to smash the ball off the crossbar following the failure of the Crues defence to clear a Matthew Clarke corner.

Cooper came close again early in the second half but was denied by Gerard Doherty at the near post before, just after the hour, Stephen Fallon fired against the crossbar from just outside the area as Linfield pushed for the equaliser.

The Blues were then presented with a spot-kick with seven minutes remaining after Billy Joe Burns was adjudged to have handled a Clarke corner but Bastien Hery saw his penalty well saved by Doherty.

But, barely two minutes after that, Cooper earned a point for the league leaders with an exquisitely struck 25-yard drive which took a critical swerve as it swept past Doherty into the net. 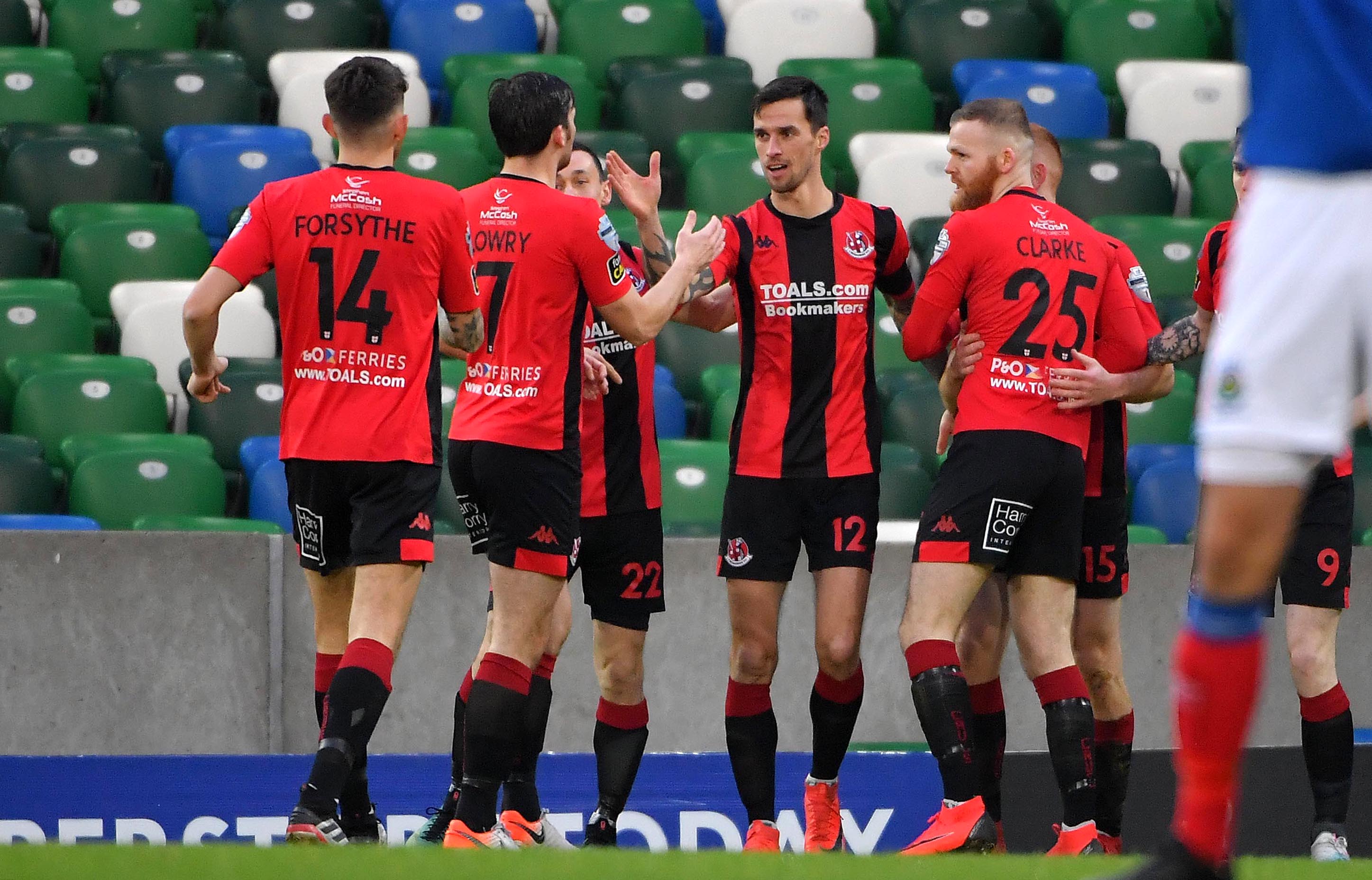 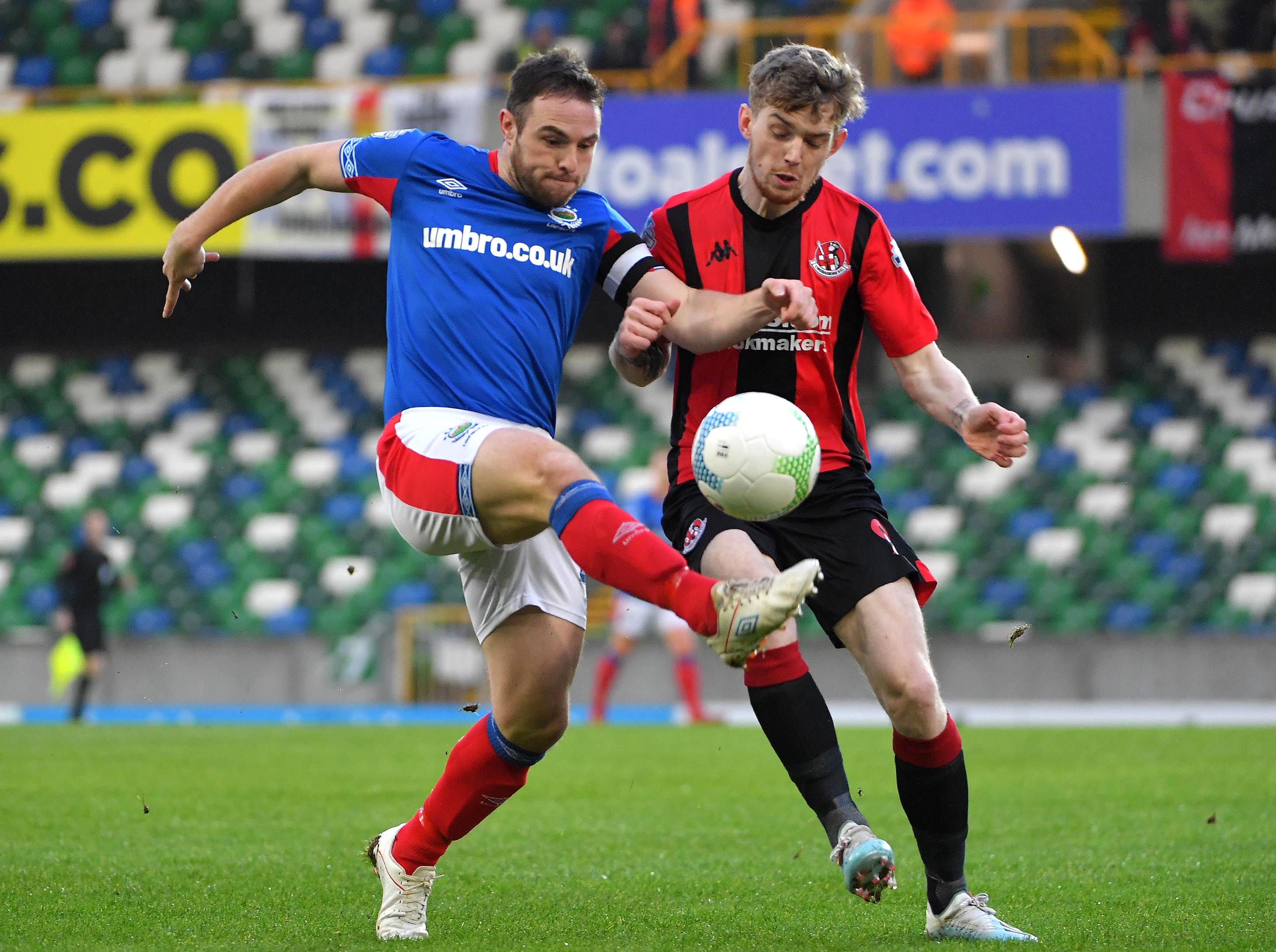 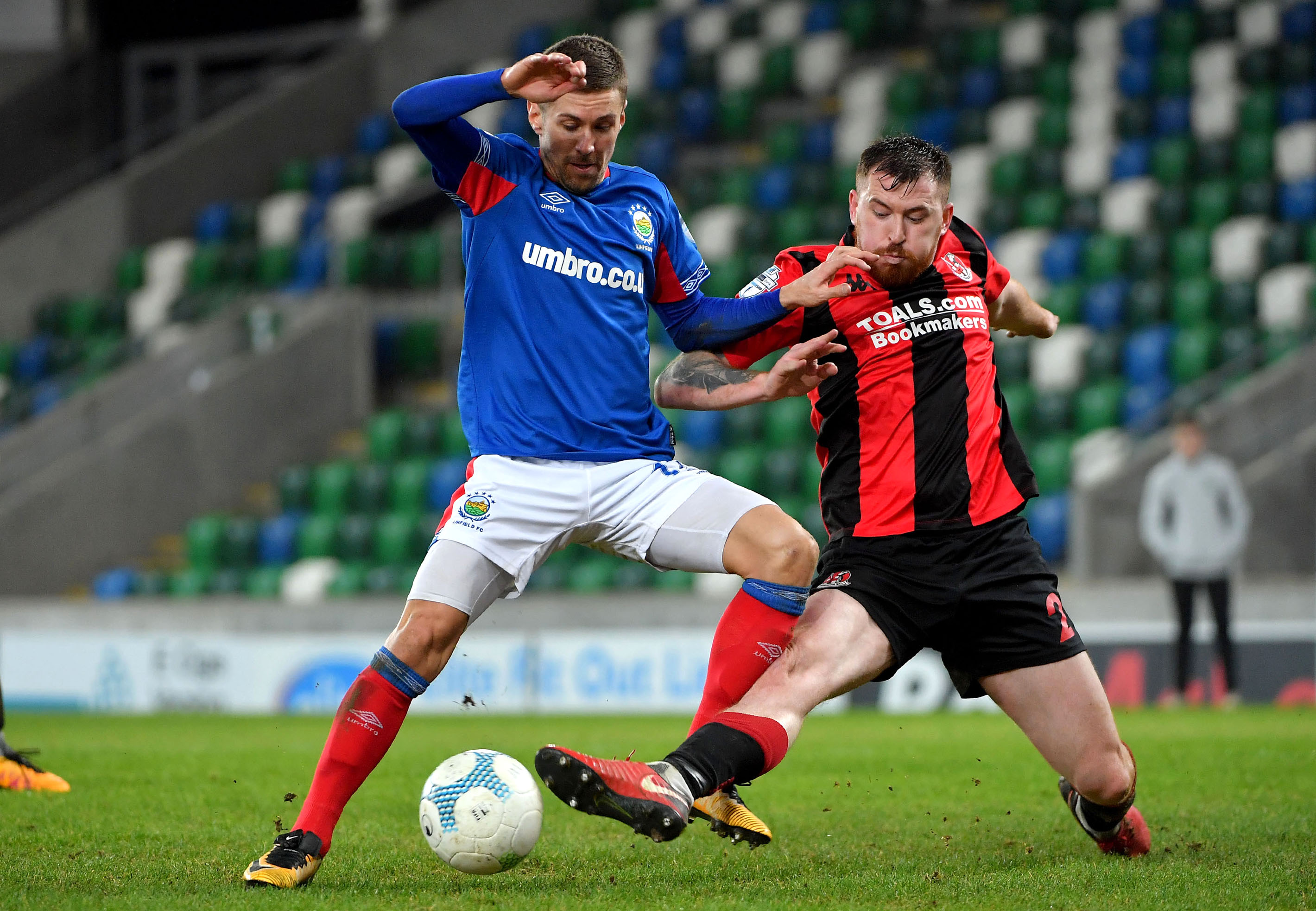 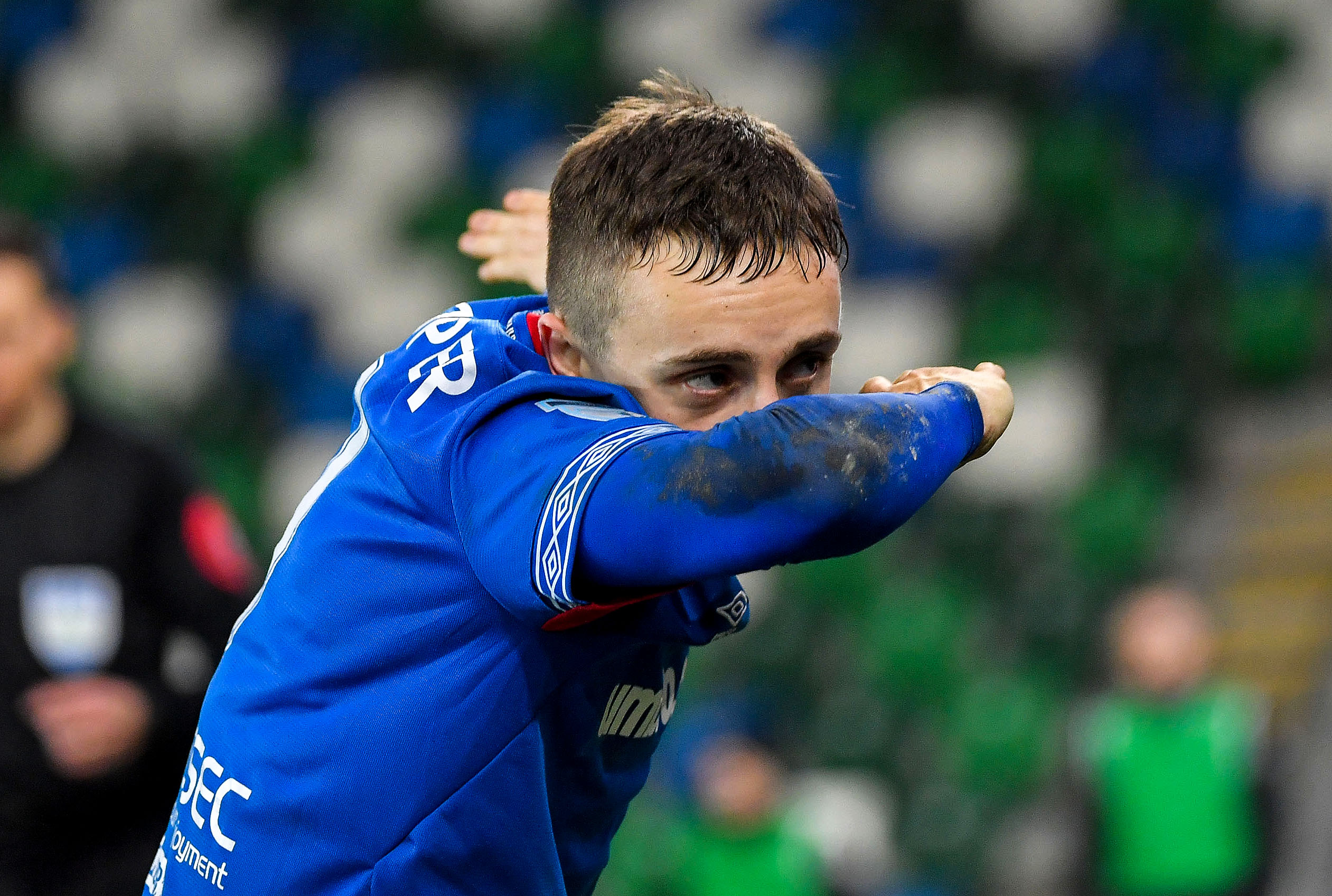 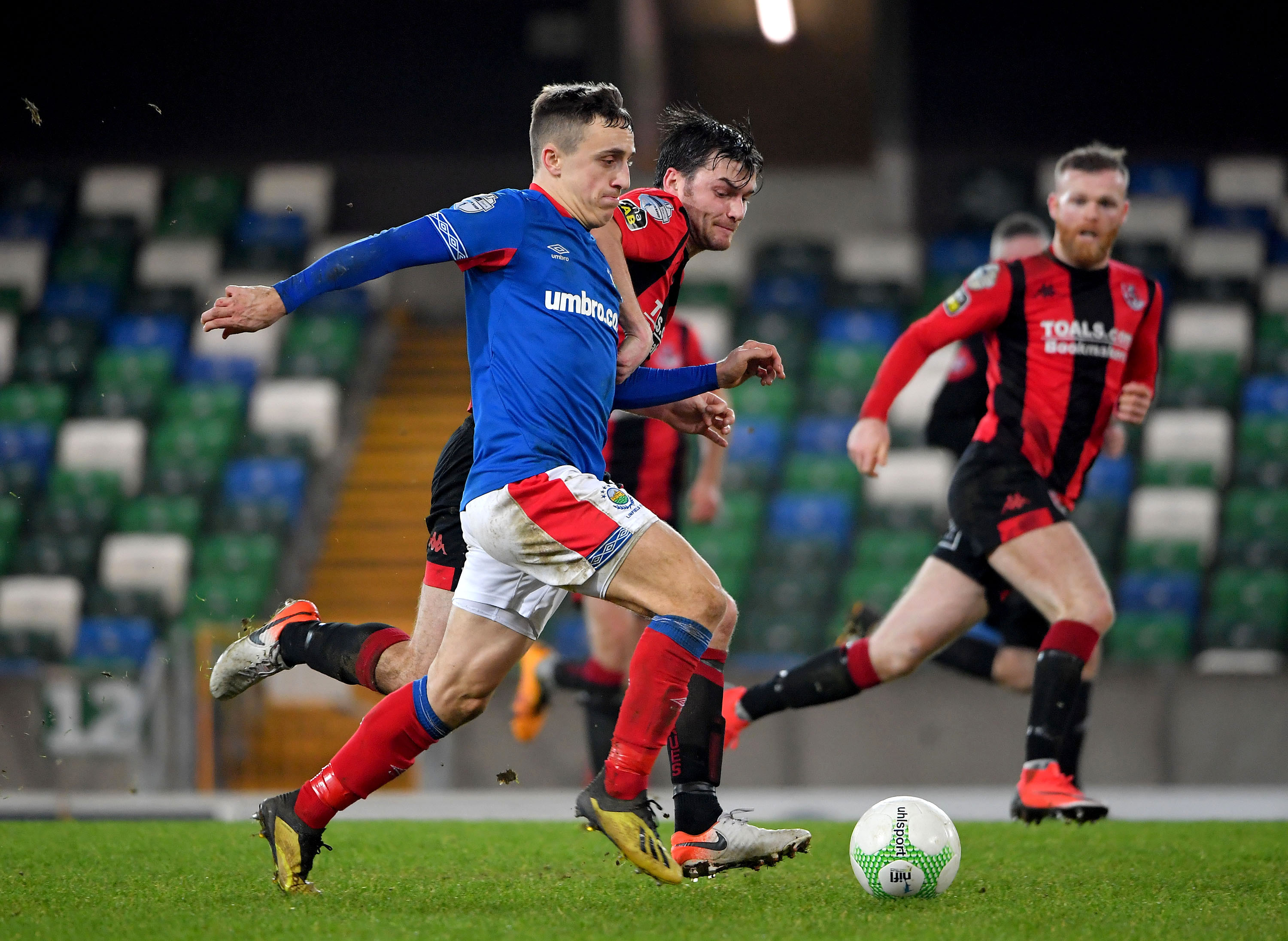 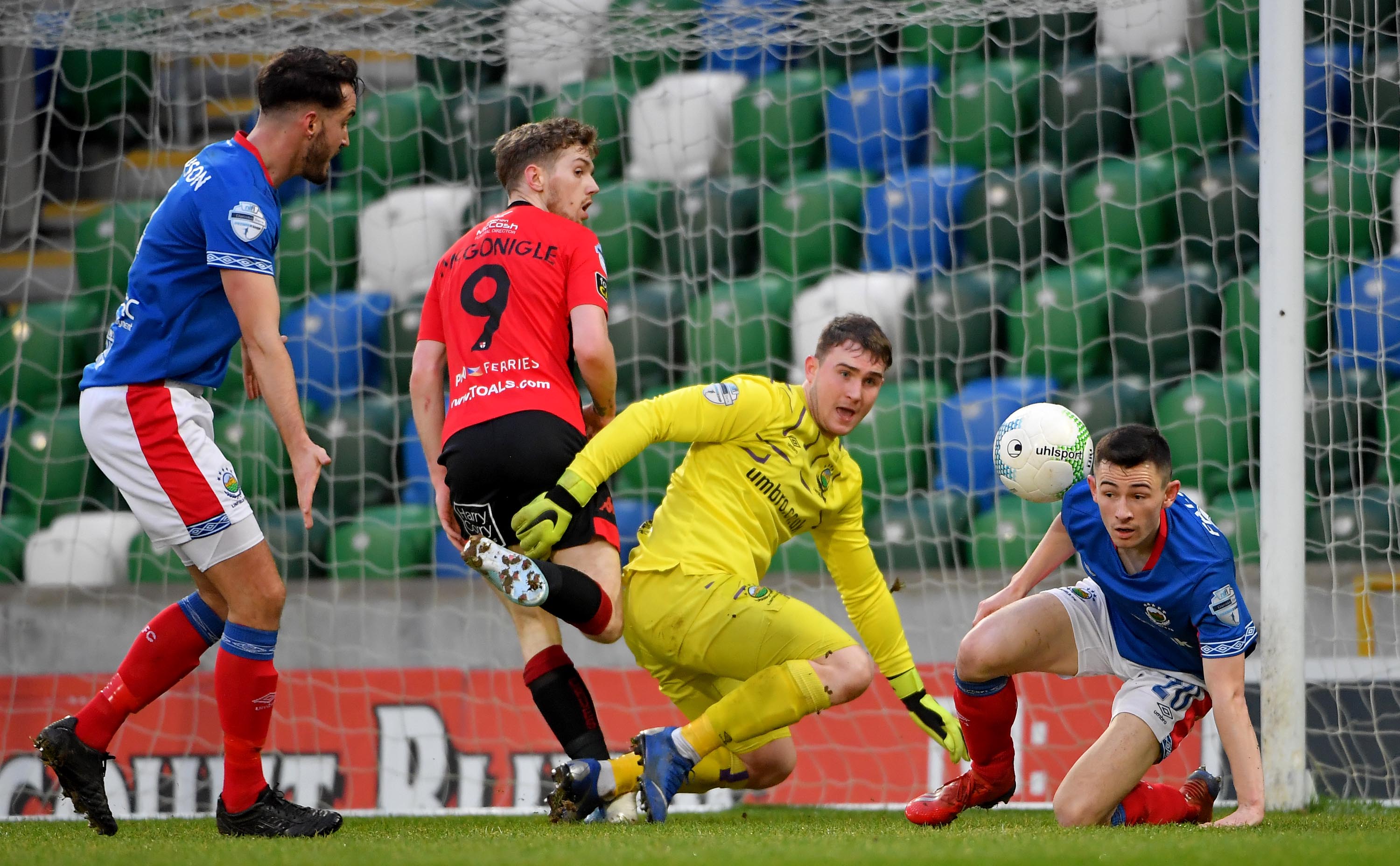