Hrvoje Plum was the hero for Glentoran with two goals late in the game to secure a hugely important Boxing Day victory over Linfield at The Oval.

The Croatian struck twice in the final quarter-of-an-hour but it was his Dutch team-mate Elvio van Overbeek that got the afternoon of to a great start for the Glens when, on seven minutes, he backheeled the ball over the line after Navid Nasseri's initial effort fell for him at the back post.

Linfield came close to levelling soon after through Jimmy Callacher but his header from Matthew Clarke's corner was cleared off the line by Conor Pepper.

After the break Waterworth threatened again but Antolovic did well to keep hold of the ball while, at the other end, Patrick McClean wasn't far away only to see his effort flash just wide.

Linfield came closest to levelling midway through the second half but Stewart could only strike the outside of the post from the edge of the box. And they were thwarted again soon after when Waterworth did have the ball in the net with a diving header from Cooper's cross but the assistant referee had raised his flag to rule the goal out offside.

But Glentoran extended their advantage just three minutes after that with Plum's first of the afternoon, a low effort into the bottom corner from 20 yards after winning possession in the middle of the park.

Then, with eight minutes to go, he put the issue beyond doubt with a successfully converted spot-kick past Rohan Ferguson after having been brought down inside the area by Josh Robinson. 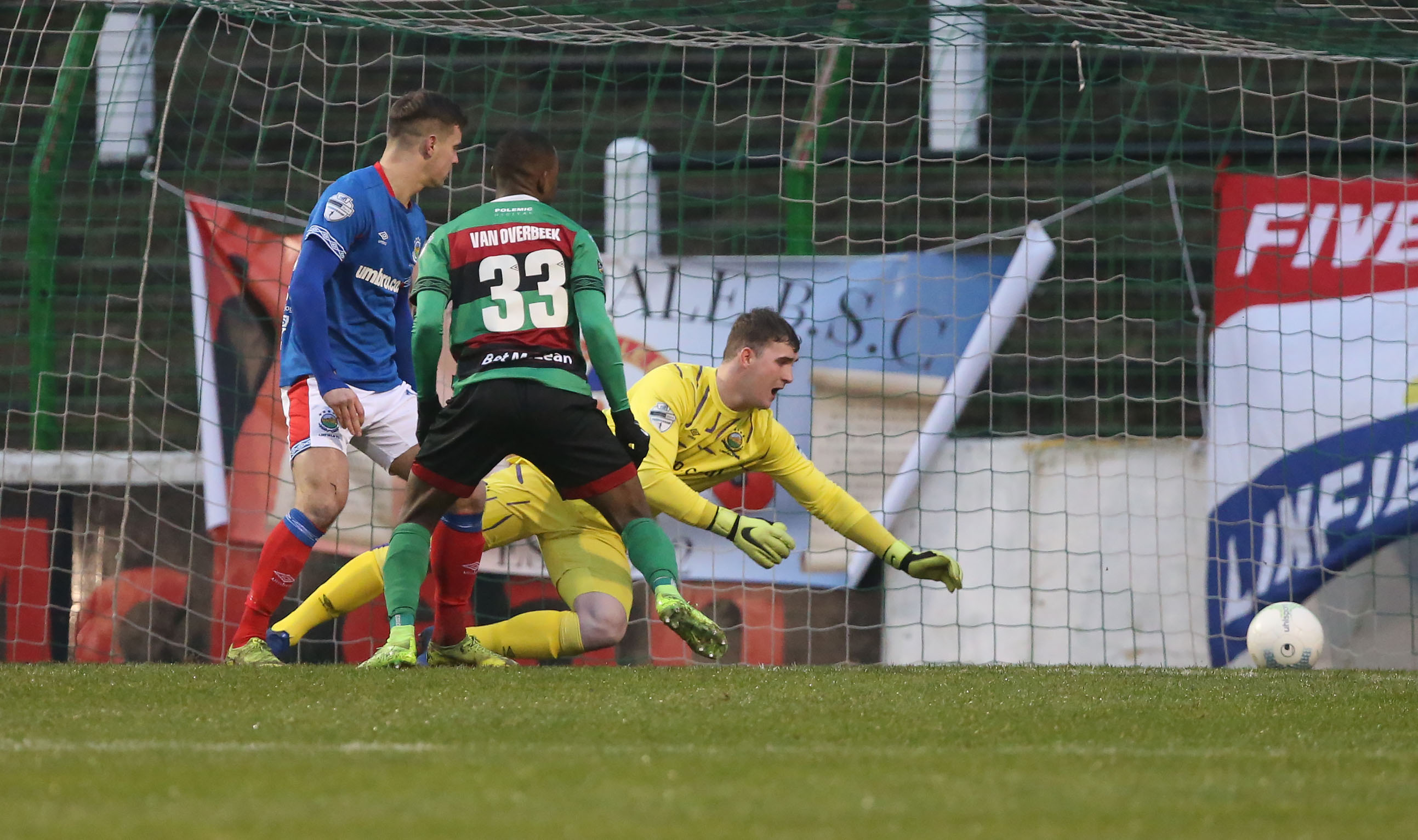 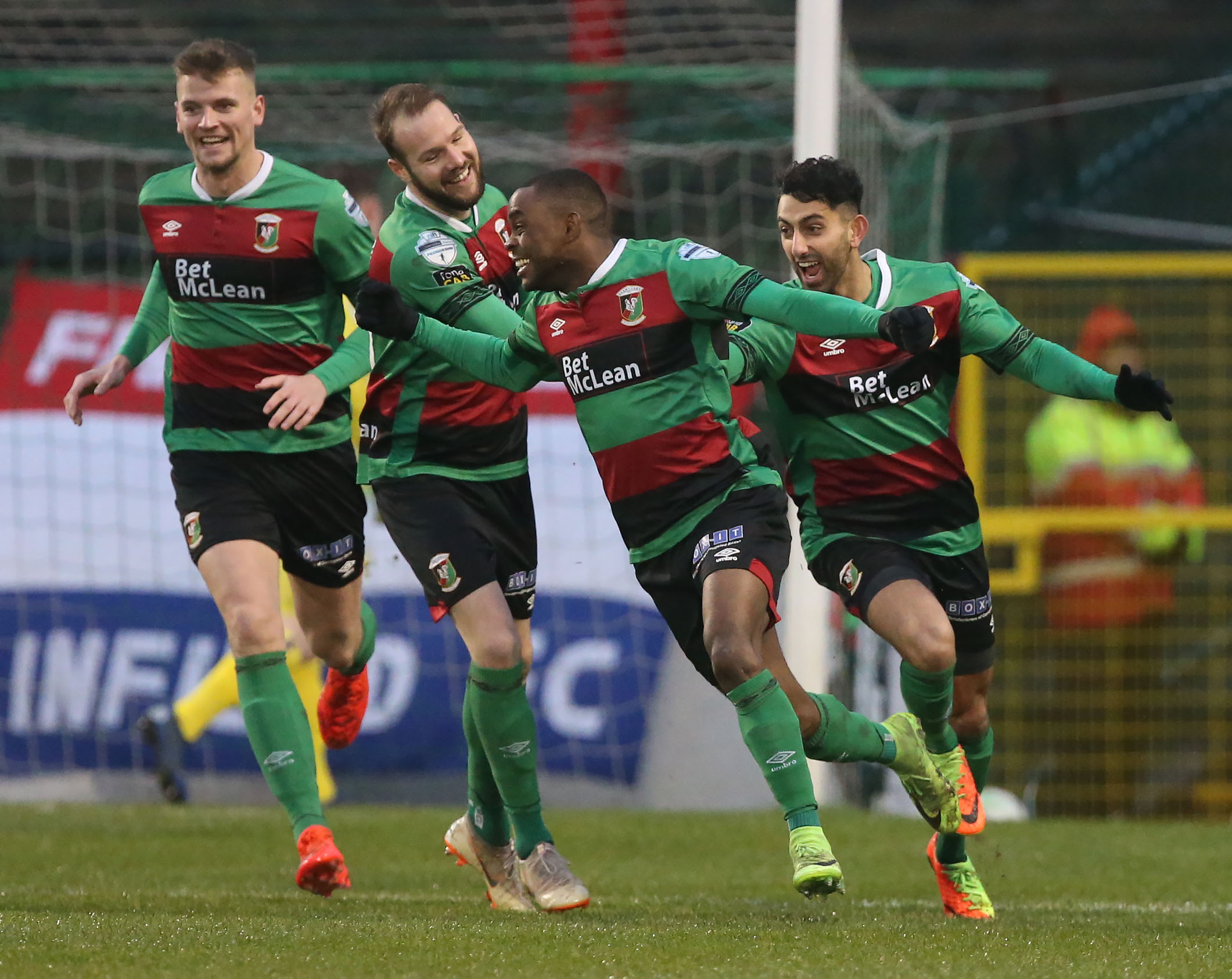 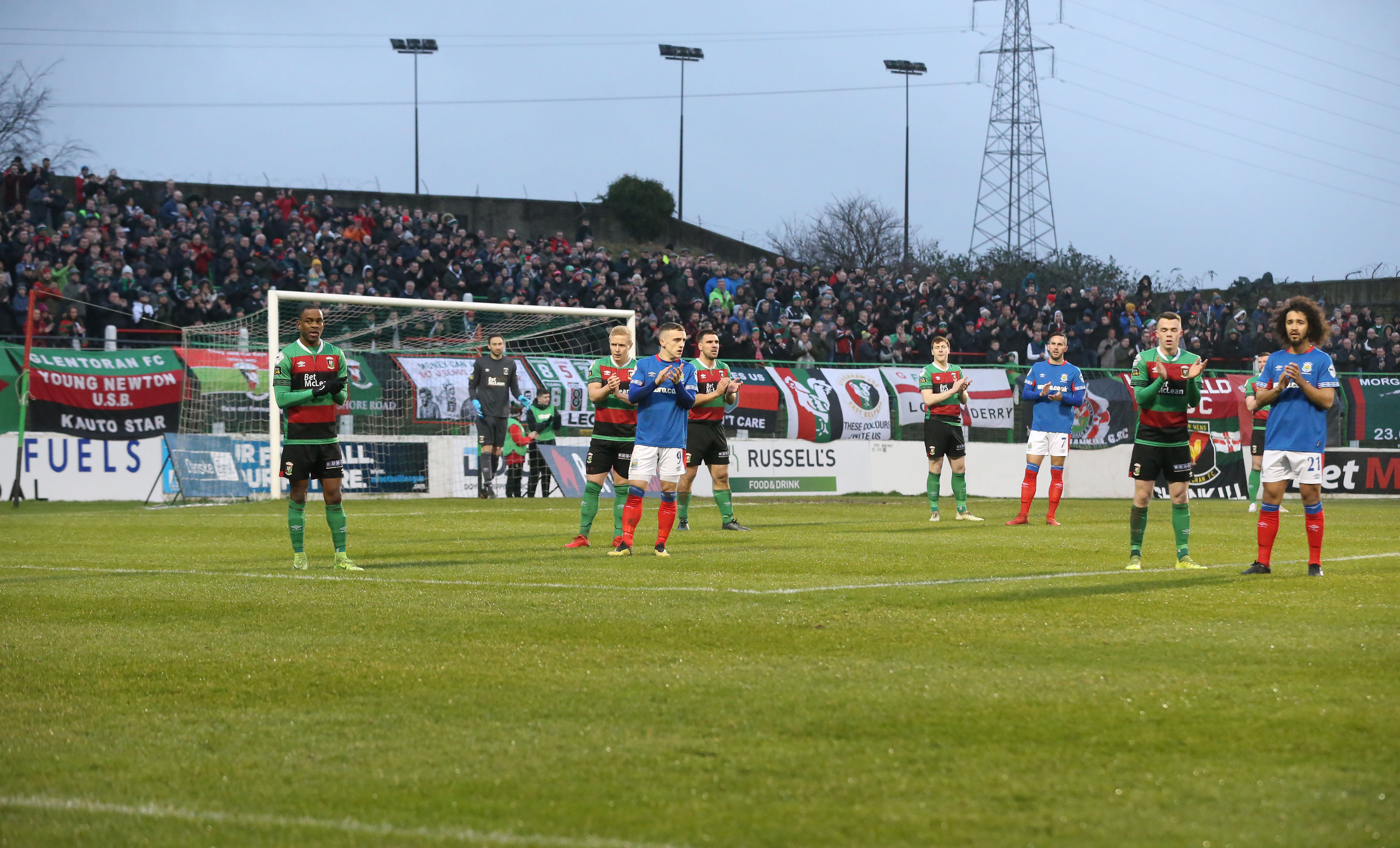 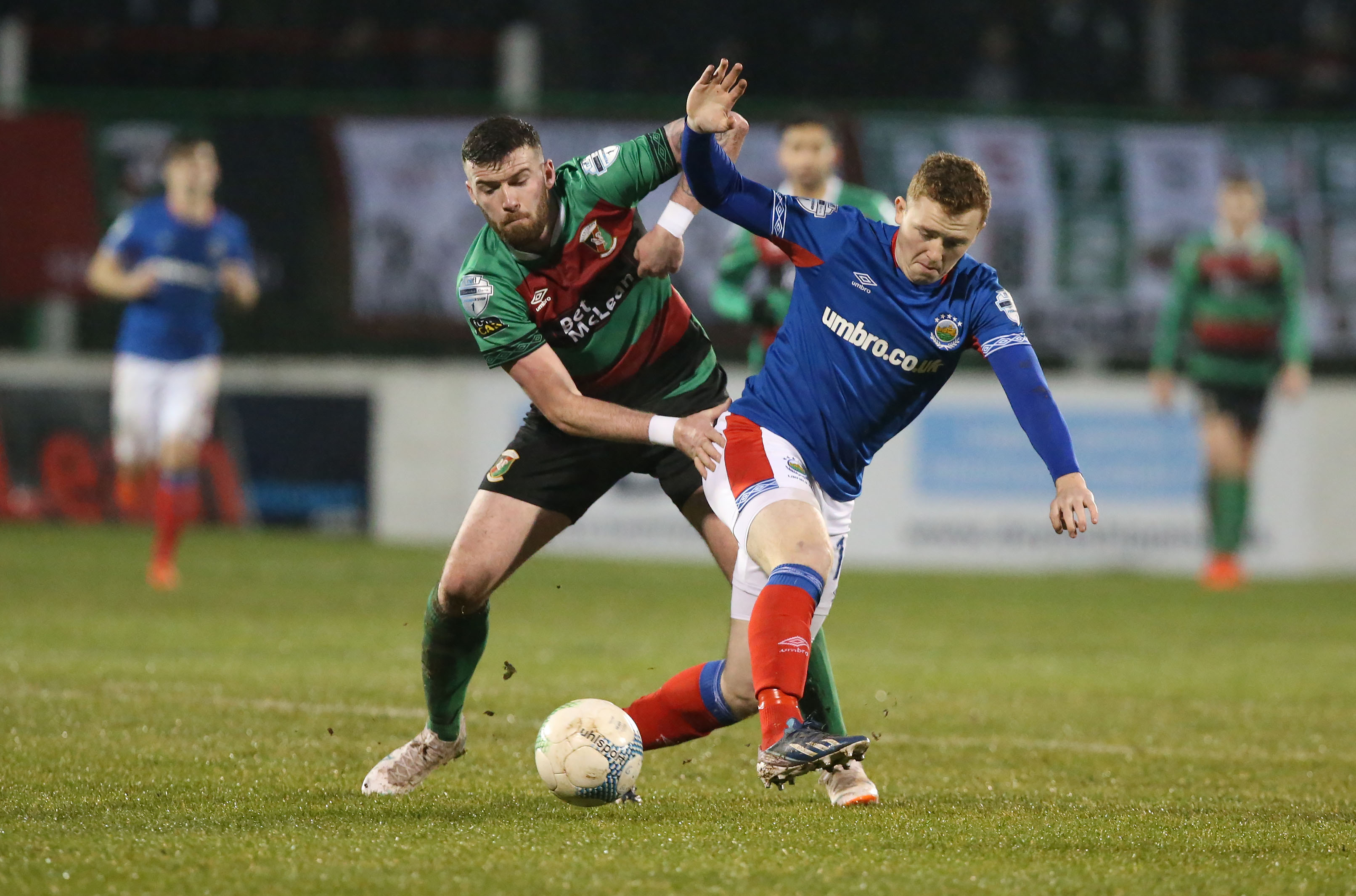 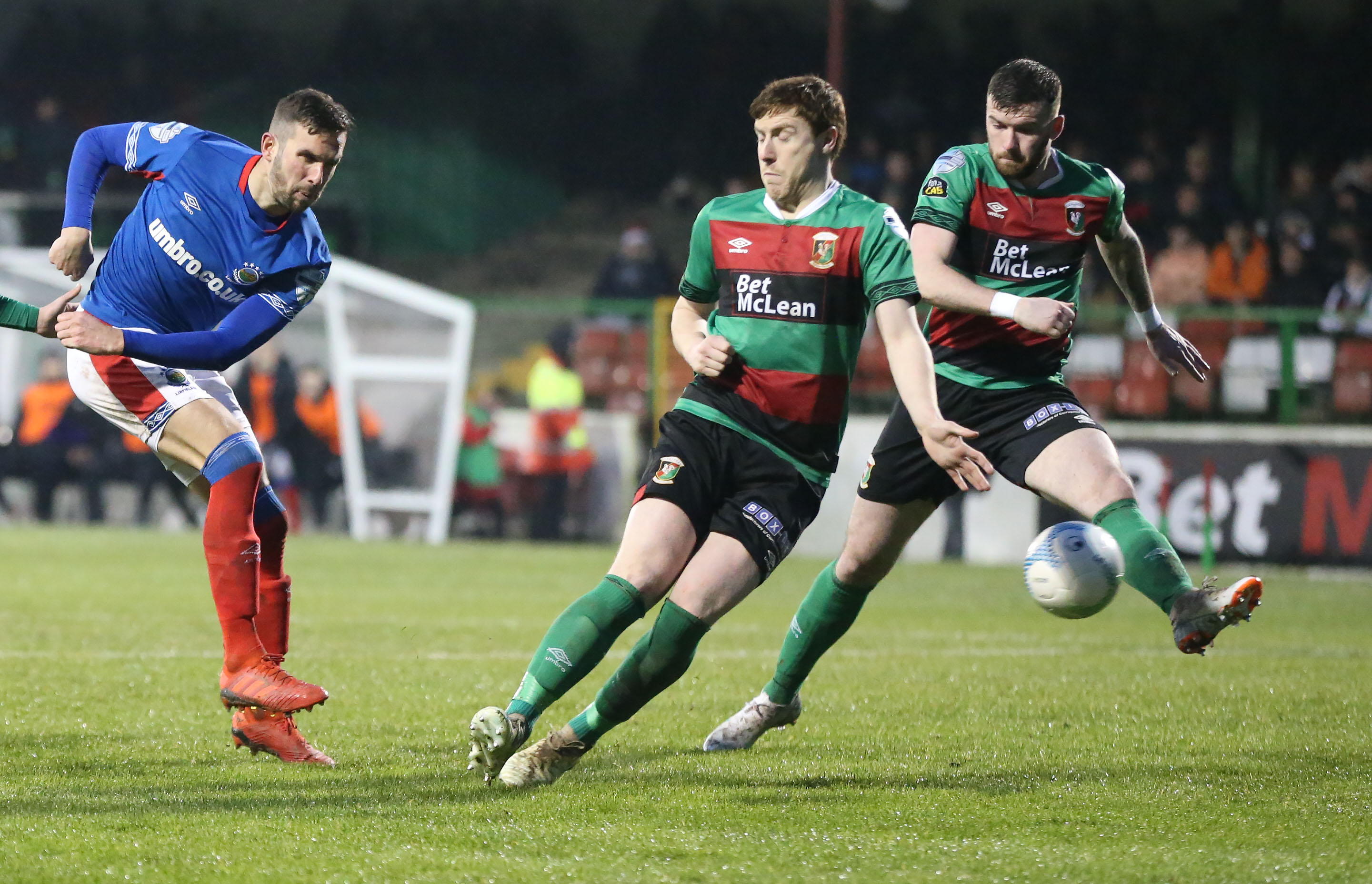 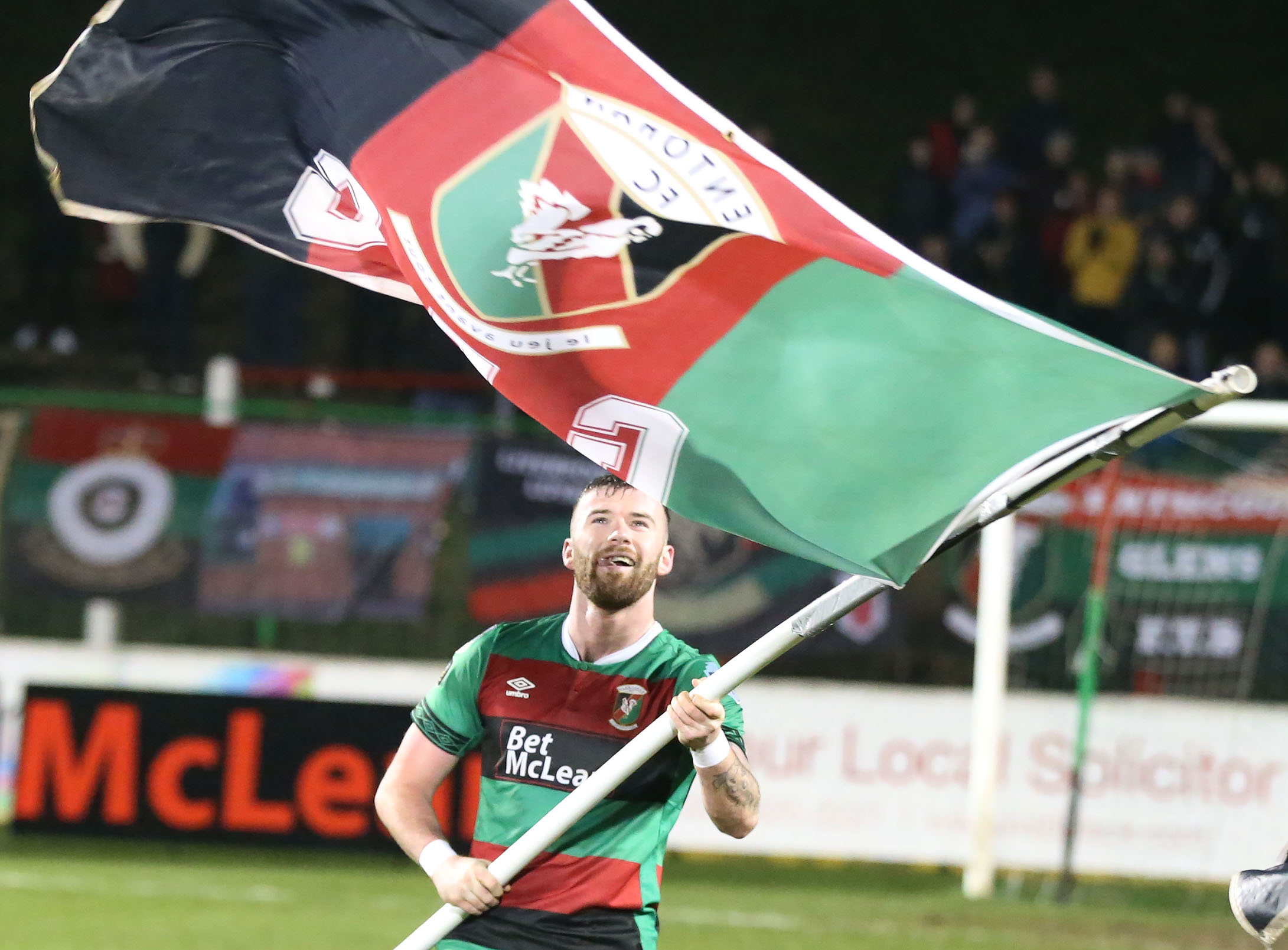