Andrew Waterworth laid claim to the match ball as champions Linfield kicked off their title defence with a sweeping victory over Carrick Rangers at Windsor Park.
It took Waterworth just four minutes to open the scoring when he connected with a Connor Pepper ball to poke a finish past Aaron Hogg into the bottom corner.
He then added a second on 14 minutes, again linking up with Pepper to direct a close range effort past the Carrick keeper.
Carrick pulled a goal back midway through the first half, however, when Alex Gawne was impeded by Chris Johns with Caolan Loughran stepping up the knock home the subsequent spot-kick.
Gawne might have levelled for Carrick soon after but his effort from outside the box ultimately went over the target while, at the other end, Hogg produced a superb close range stop to deny Jimmy Callacher.
The sides traded chances again either side of the break. Kyle McClean came close with a left-foot effort just before half-time. Then, early in the second half, Reece Neale saw a great delivery turned over by Johns.
Rangers were reduced to ten men on 56 minutes after skipper Mark Surgenor was dismissed for a challenge on Pepper and, from the free-kick awarded, Linfield extended their advantage when Callagher converted a Niall Quinn free-kick at the back post.
It was 4-1 on 64 minutes. Again Quinn provided the delivery which substitute Ryan McGivern headed home with literally his first touch of the game.
Waterworth then bagged his hat-trick on 73 with a guided header from Navid Nasseri's cross.
Linfield: Johns, Haughey, Callacher, Waterworth, Stewart, Millar, Nasseri, McClean, Mulgrew, Pepper, Quinn subs Moore (not used), Larkin (not used), Shevlin (not used), Kearns (replaced Mulgrew 71), Doyle (not used), Hery (replaced Nasseri 71), McGivern (replaced Pepper 63)
Carrick Rangers: Hogg, Neale, Surgenor, Rodgers, Loughran, Chapman, Frazer, Kelly, Gawne, Gordon, Anderson subs McKinty (not used), Fearon (not used), Ferrin (not used), Smith (replaced Gawne 36), Colligan (not used), Glendinning (replaced Frazer 58), Gibson (replaced Kelly 60) 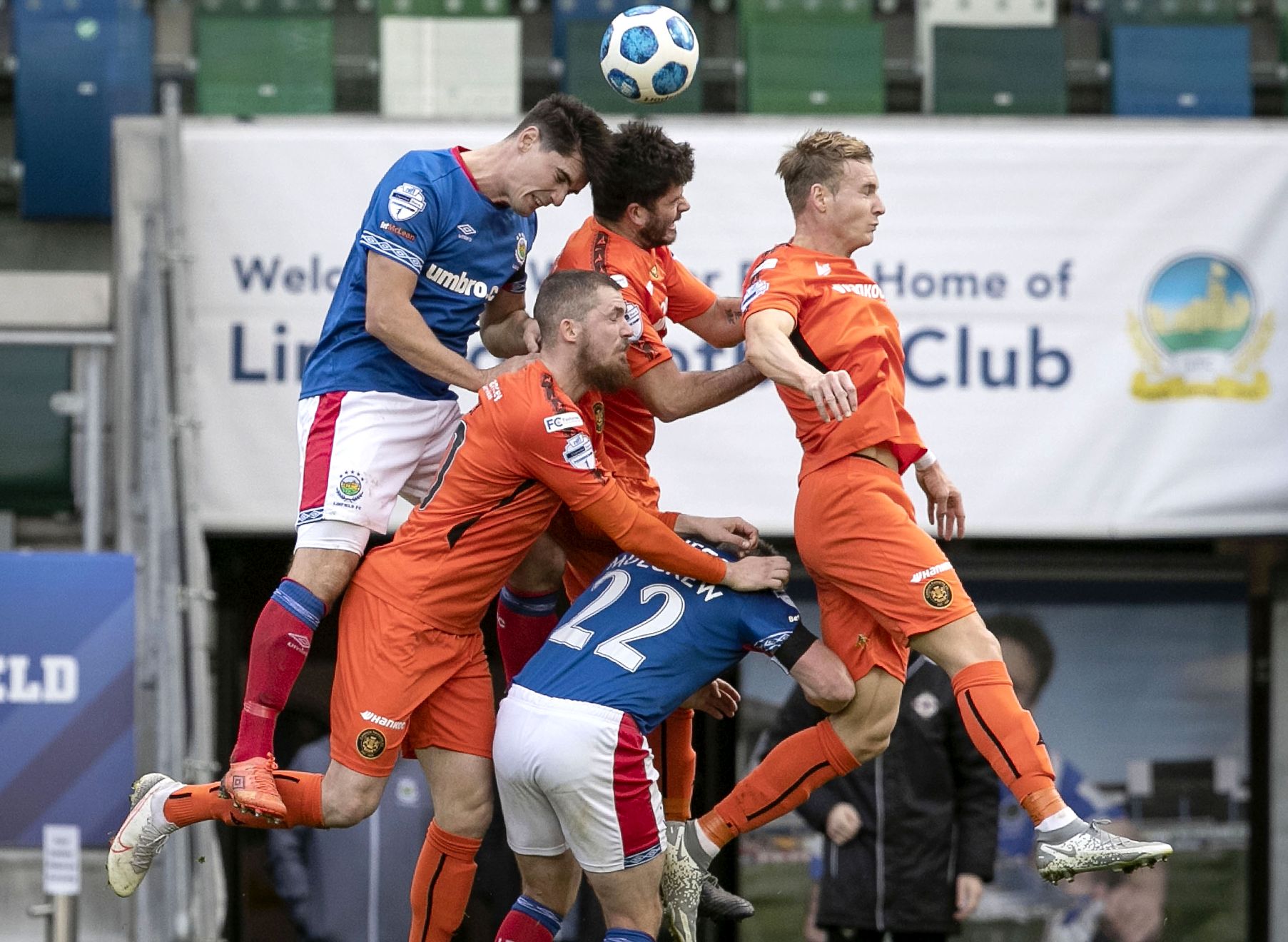 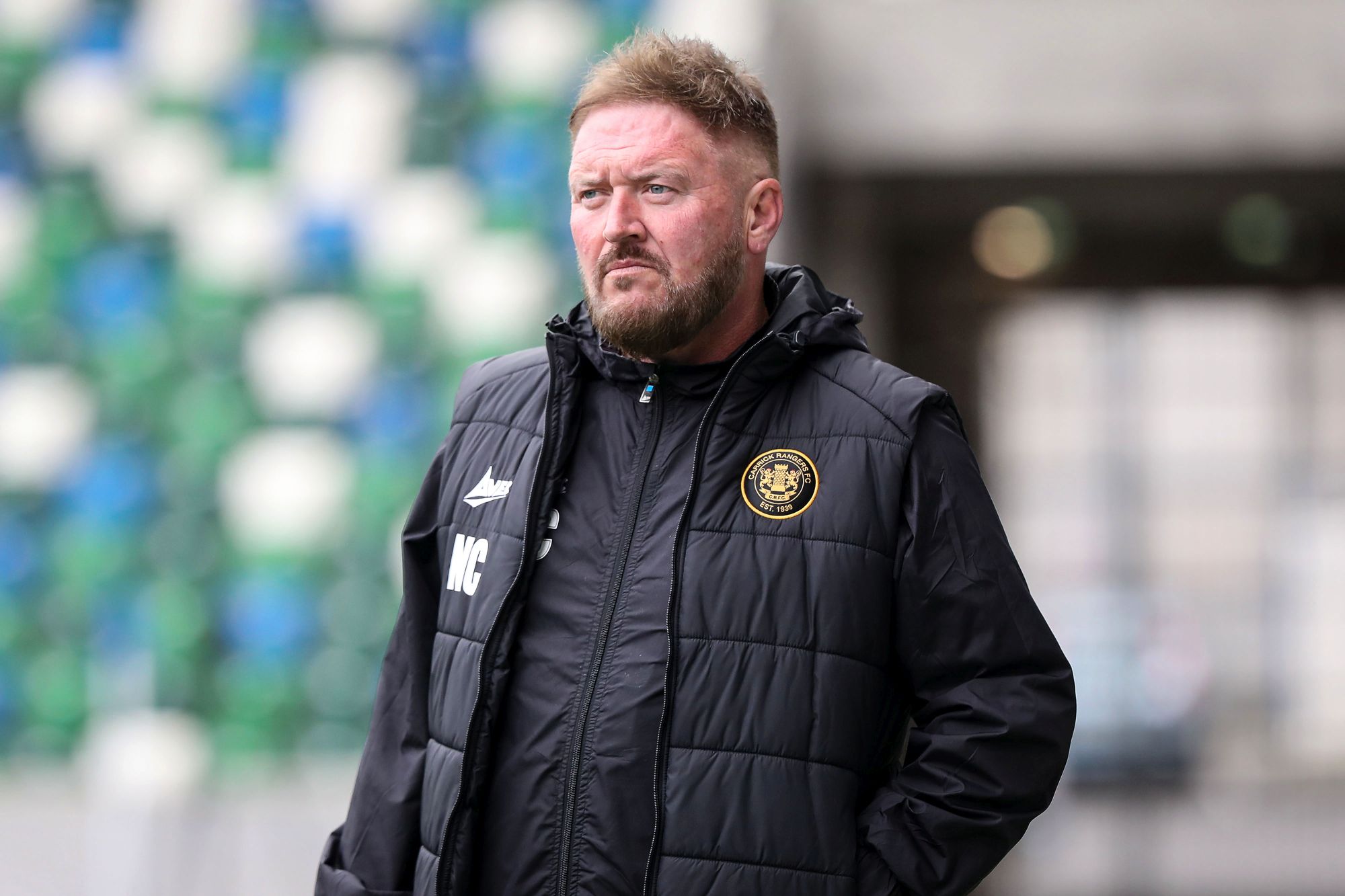 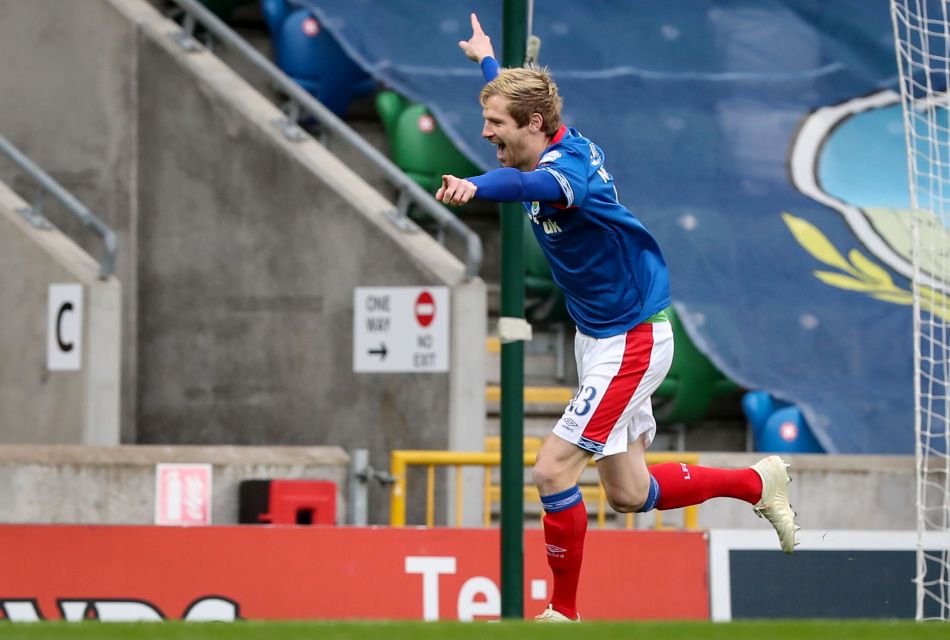 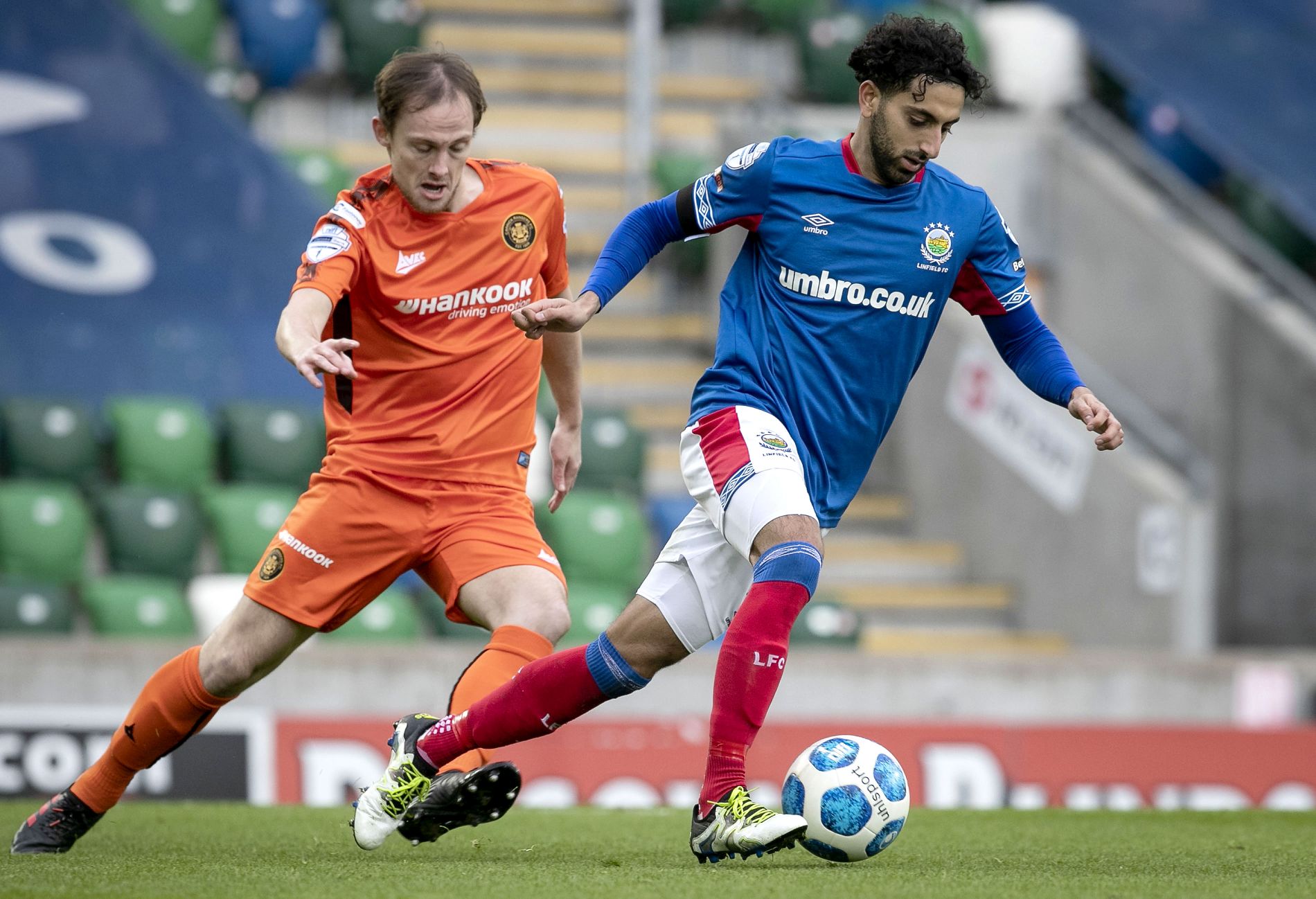 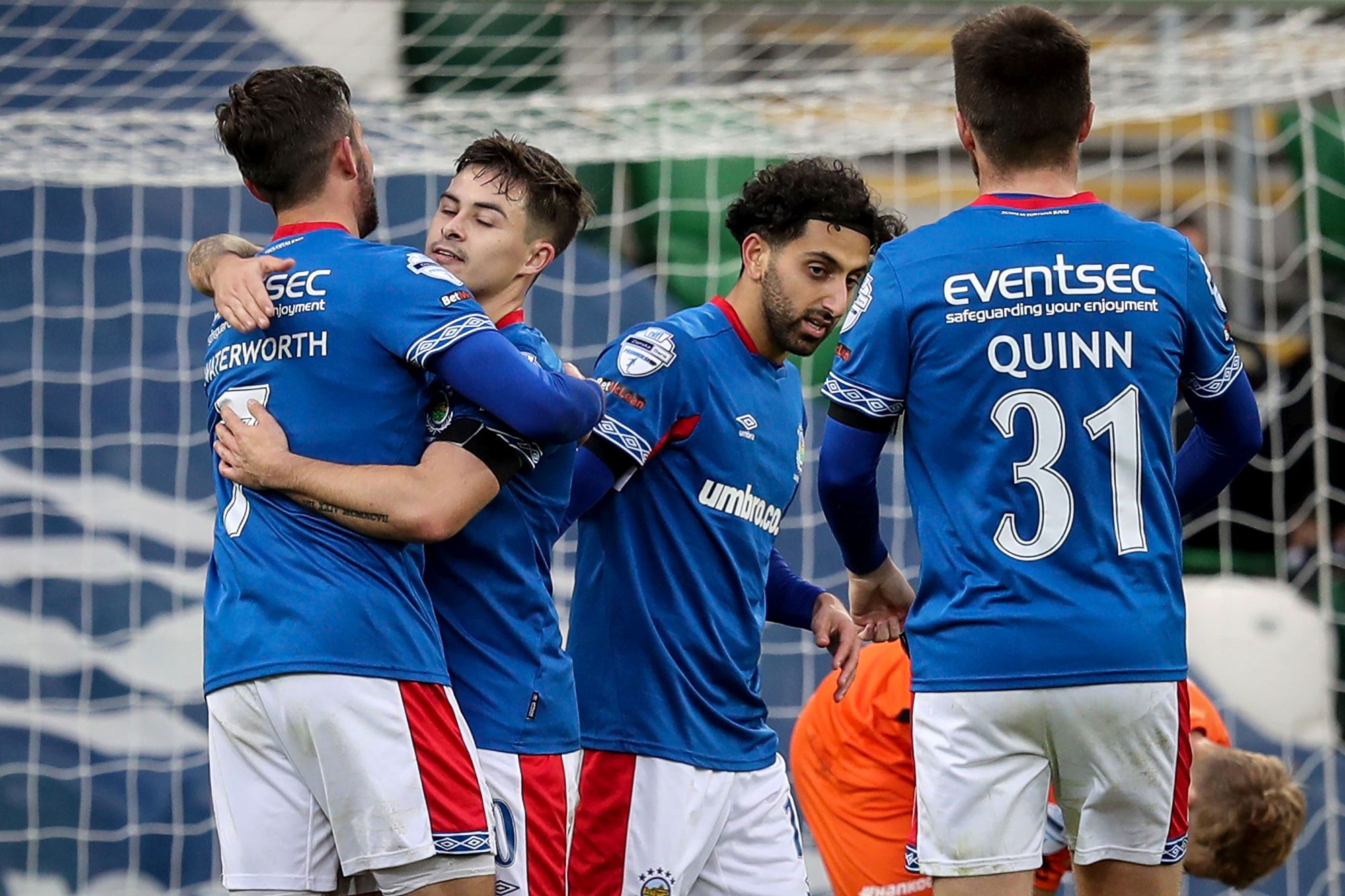 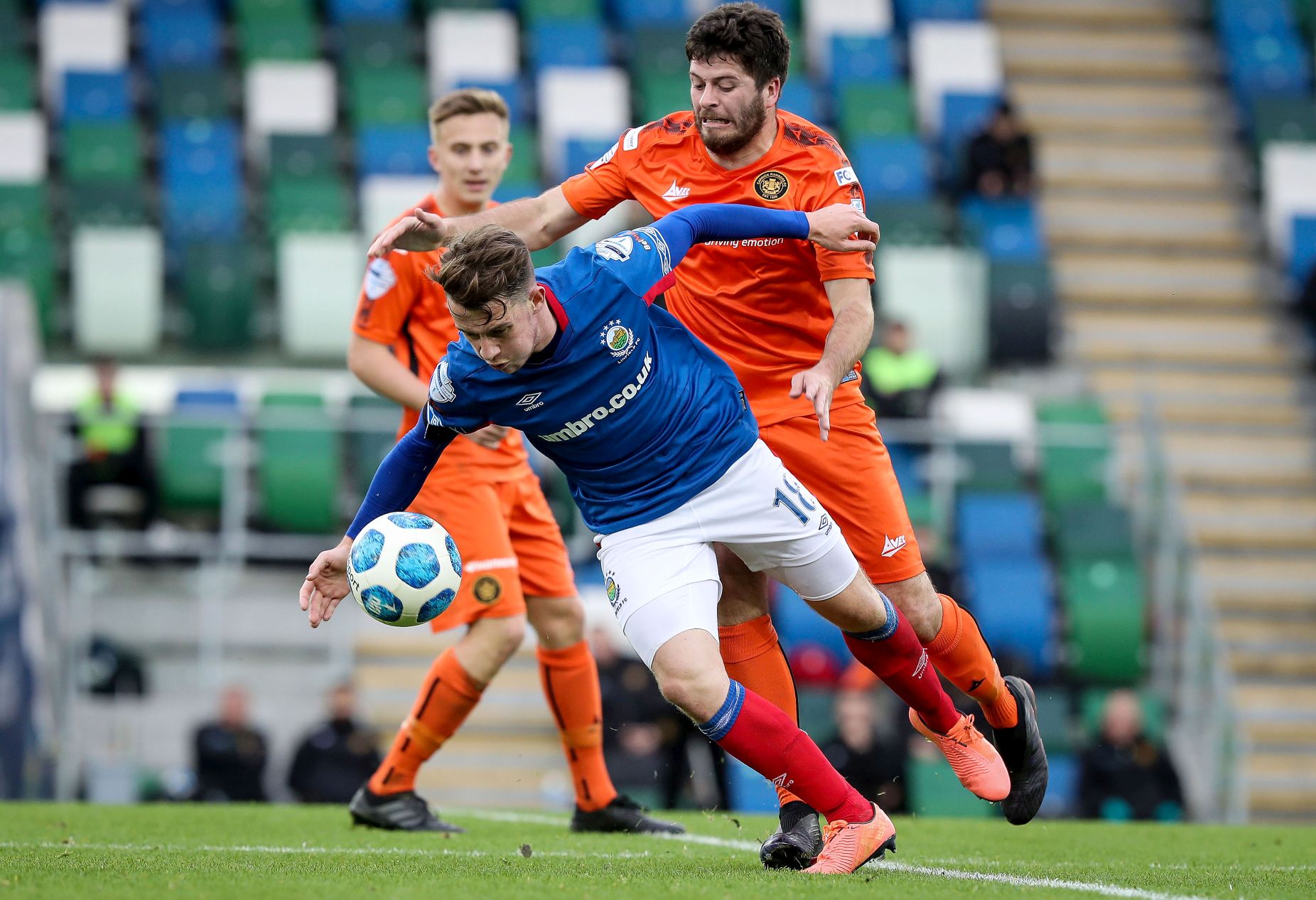