Defending champions Linfield continued their Danske Bank Premiership title defence with victory over Portadown at Shamrock Park.
The Ports came close to opening the scoring after just ten minutes when Christopher Crane's cross connected with Luke Wilson but his powerful header came back off an upright.
At the other end Andrew Waterworth attempted to lob keeper Ben Pierce from Matthew Clarke's pass only for the ball to drift over.
Linfield did move in front on 25 minutes through Kirk Millar when his shot from outside the area from Kyle McClean's pass took a deflection off Crane on its way past Pierce.
Portadown levelled eight minutes into the second half. Chris Lavery beat Connor Pepper to send over a cross which was met by Northern Ireland U21 international Lee Bonis at the near post to direct a header past Chris Johns.
The home joy was short lived, however, after they were reduced to ten men soon after when Crane was booked for a challenge on Quinn, his second caution of the game.
But it was ten versus ten not long after that with Linfield's Bastien Hery shown a straight red card for an off the ball incident involving Stephen Murray.
What proved to Linfield's winner came on 65 minutes. Millar sent over a cross from the right which found Waterworth a few yards out and he made no mistake in turning the ball home.
Both sides hit the woodwork after that. Portadown's Greg Hall sent over a cross which clipped the Linfield bar while, at the other end, Millar curled an effort against an upright.
Then, late in the game, Portadown twice came within a whisker of levelling when Paddy McNally was denied by a goalline clearance from Mark Haughey while a goalmouth scramble soon after that somehow failed to force the ball over the line.
Portadown: Pierce, Hall, Crane, Finnegan, Lavery, Tipton, Bonis, Murray, Wilson, McNally, Kerr subs Pengelly (not used), McCallum (not used), McKeown (replaced Tipton 71), Salley (replaced Murray 80), Croskery (not used), Conaty (not used), Healy (not used)
Linfield: Johns, Haughey, Callacher, Waterworth, Stewart, Millar, Clarke, McClean, Mulgrew, Pepper, Quinn subs Walsh (not used), Stafford (not used), Larkin (not used), Lavery (replaced Waterworth 79), Nasseri (replaced Stewart 68), Kearns (not used), Hery (replaced Mulgrew 46) 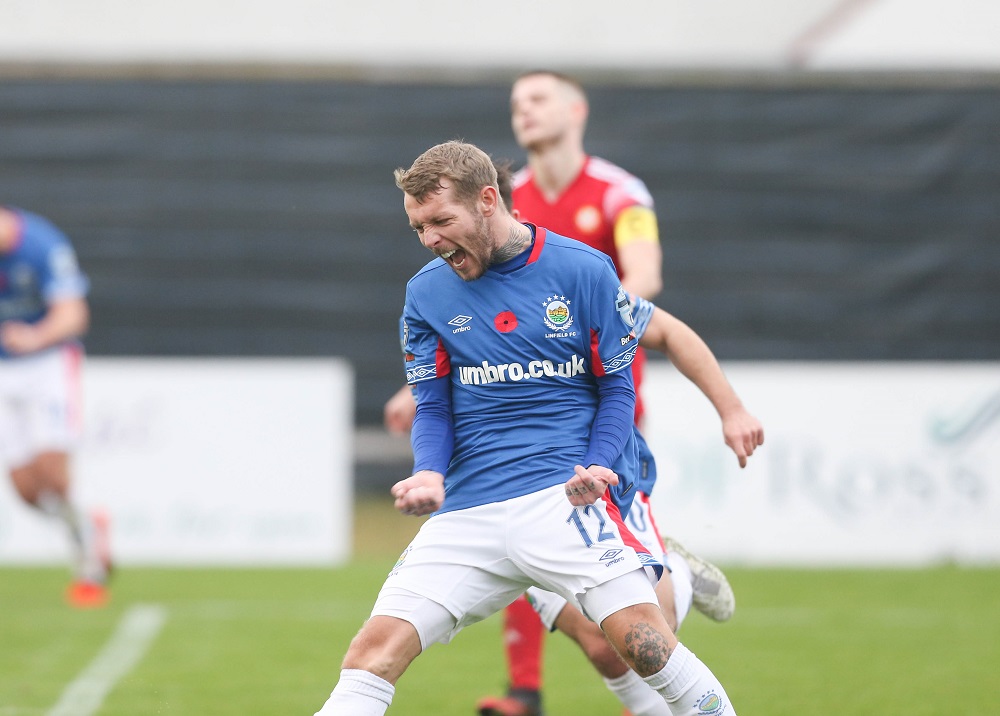 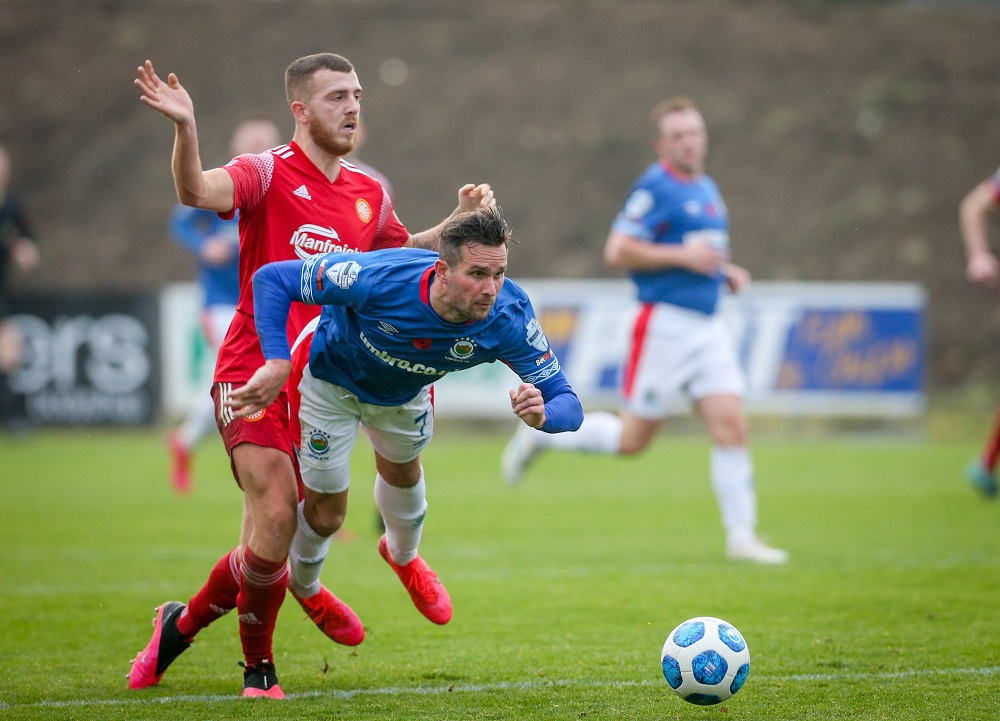 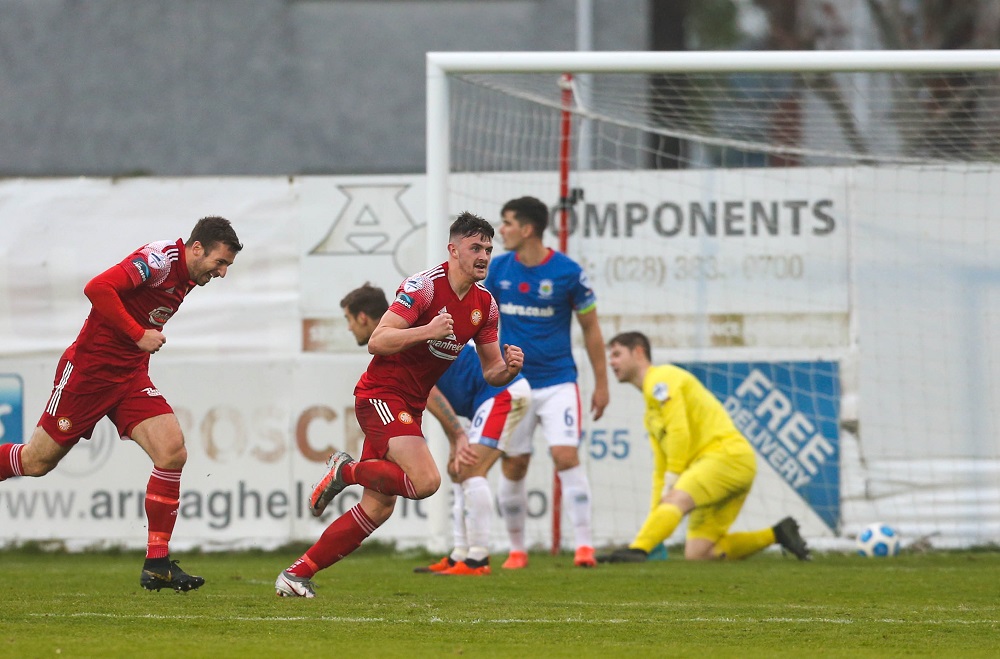 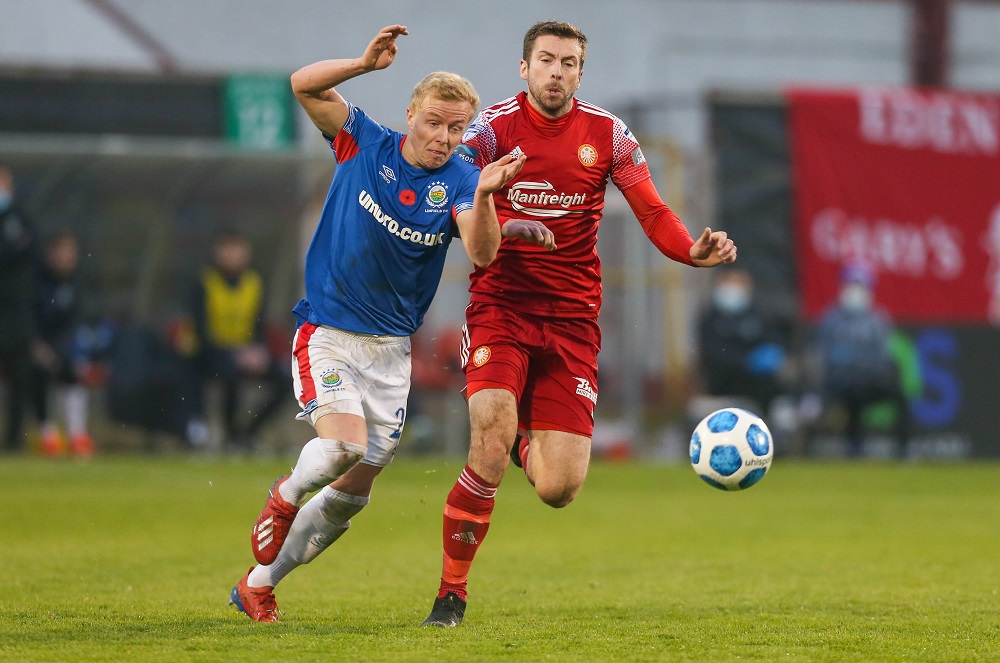 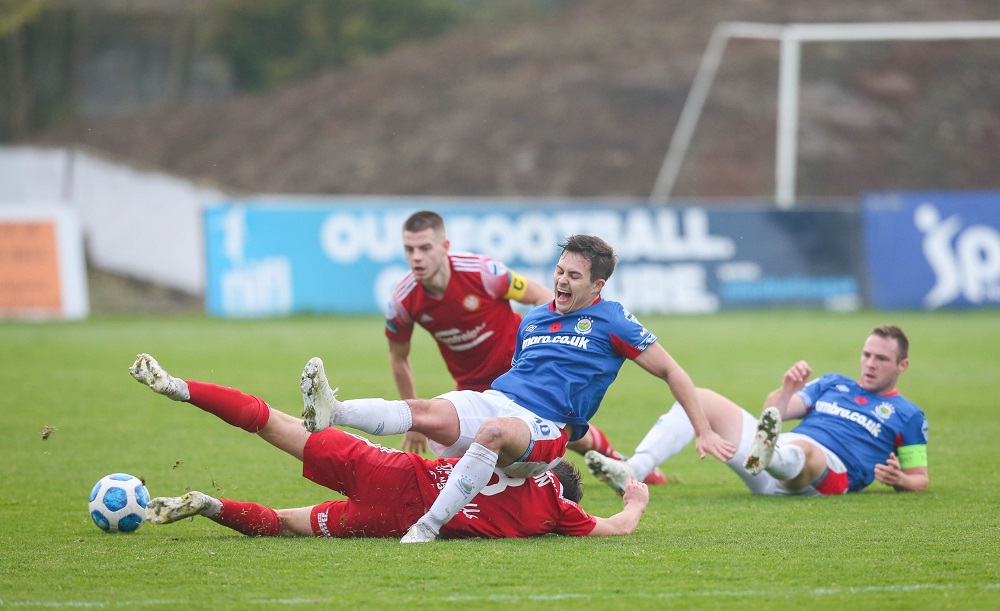 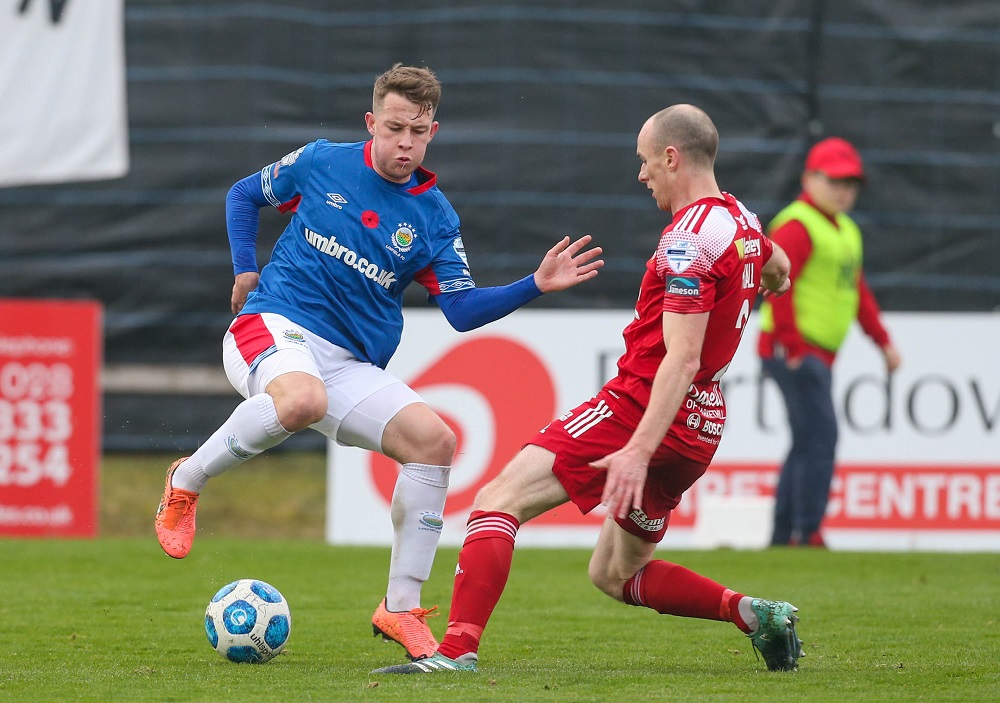