It was a tale of three penalties as Crusaders claimed victory from Dungannon Swifts' visit to Seaview.
The Swifts squandered an opportunity to race into a sixth minute lead. Rodney Brown was adjudged to have brought down Rhyss Campbell but from the subsequent spot-kick skipper Douglas Wilson could only look on as Crues keeper Sean O'Neill did well to palm the ball away to his left.
It proved to be a costly miss just over ten minutes later when Jamie McGonigle fired Crusaders in front with a low effort into the bottom corner after collecting Philip Lowry's header inside the area.
However, Wilson redeemed himself just before the half-hour mark with an inch perfect 25-yard free-kick giving O'Neill no chance as the ball whistled into the top right corner.
That was how it stayed until two minutes into the second half. Referee Andrew Davey noticed a handball inside the box, pointed to the spot and up stepped Ben Kennedy to restore Crusaders' advantage, albeit in off the inside of the post.
Then, just before the hour, Davey awarded a third penalty of the game with Kennedy again converting - more convincingly this time - to extend the home advantage.
And it might have been 4-1 midway through the half only for McGonigle's close range finish to be ruled out offside.
Crusaders: O'Neill, Hegarty, Wilson, Lowry, Kennedy, McGonigle, Hale, Forsythe, Lecky, Brown, Thompson subs Doherty (not used), Cushley (not used), Caddell (replaced Thompson 76), O'Rourke (not used), Ruddy (replaced Lowry 88), Owens (not used), Clarke (replaced Hale 83)
Dungannon Swifts: Johnston, Wilson, King, Lowe, Smyth, Campbell, Forde, Carvill, S. McGinty, O'Kane, Glenny subs Byrne (not used), Teggart (not used), Byers (replaced Wilson 67), Hughes (replaced Forde 83), Patton (not used), McMullan (not used), Convie (replaced O'Kane 55) 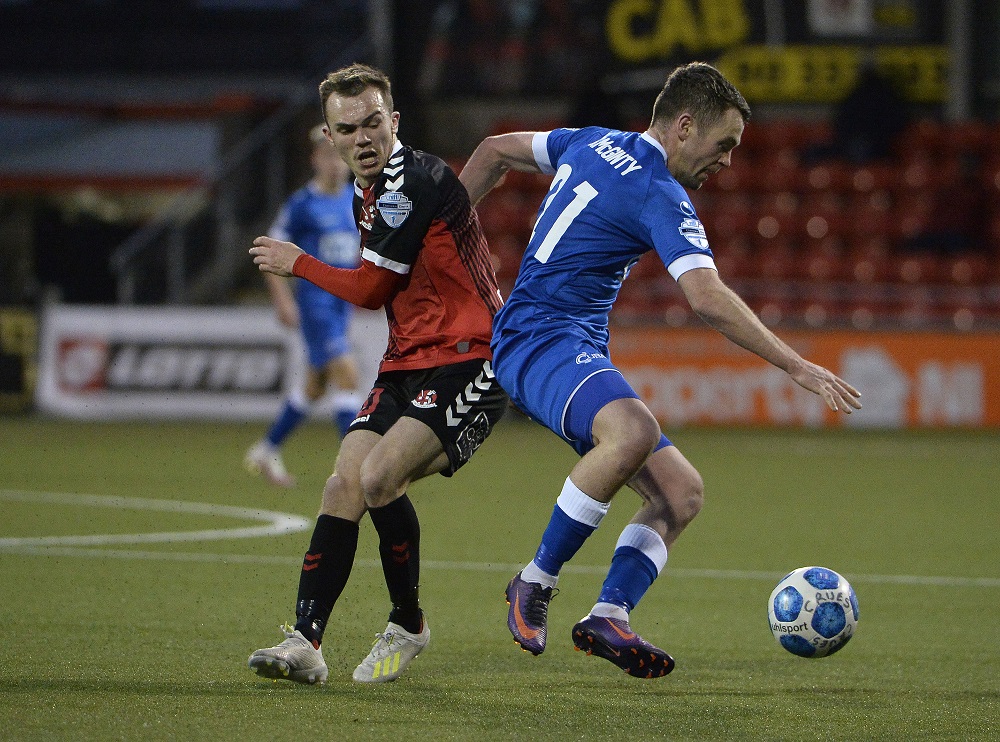 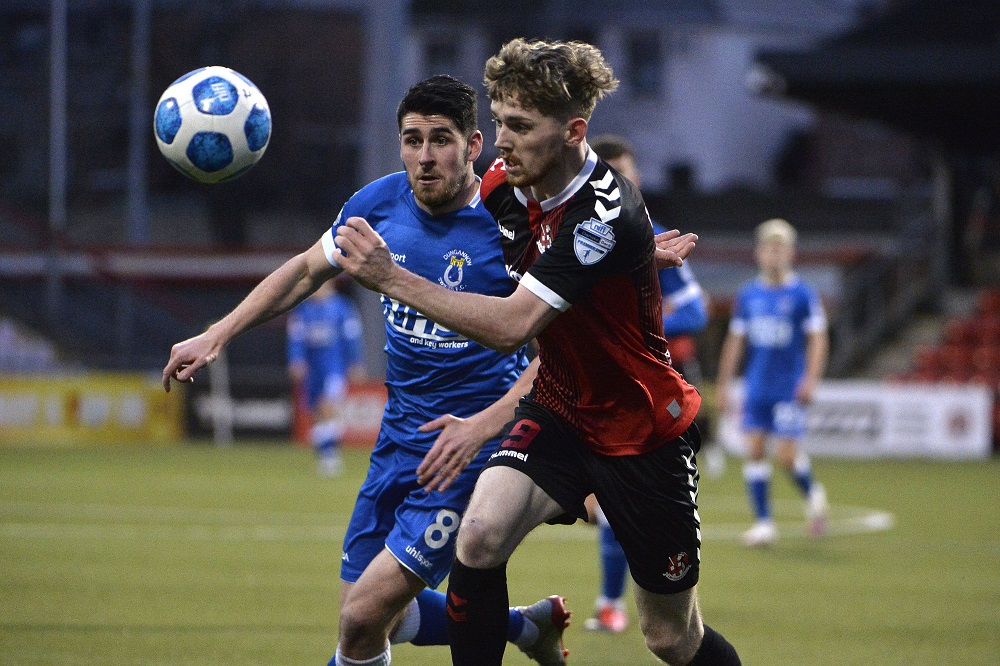 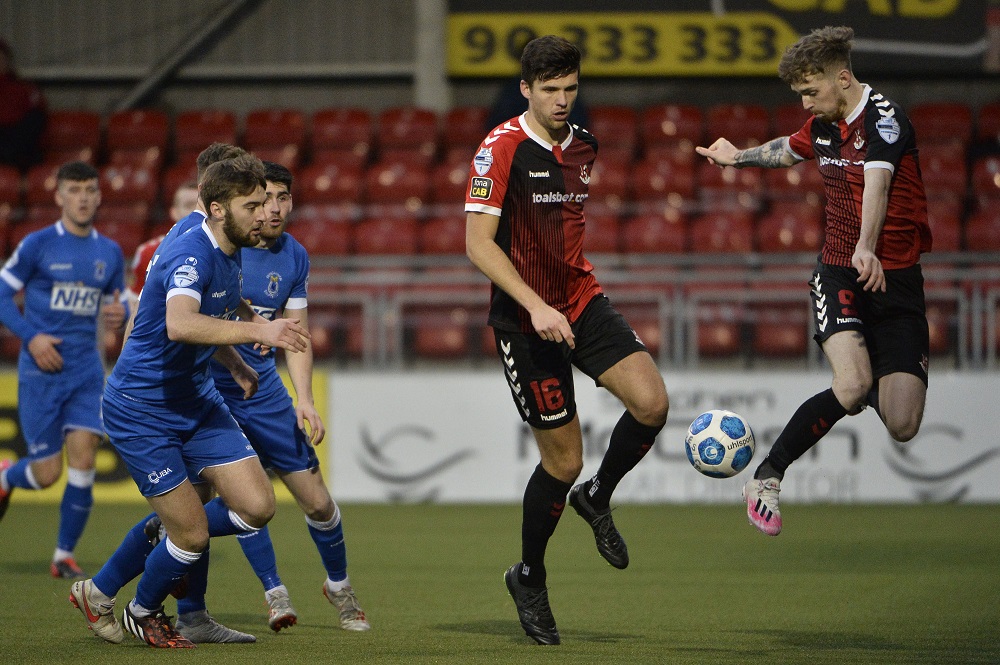 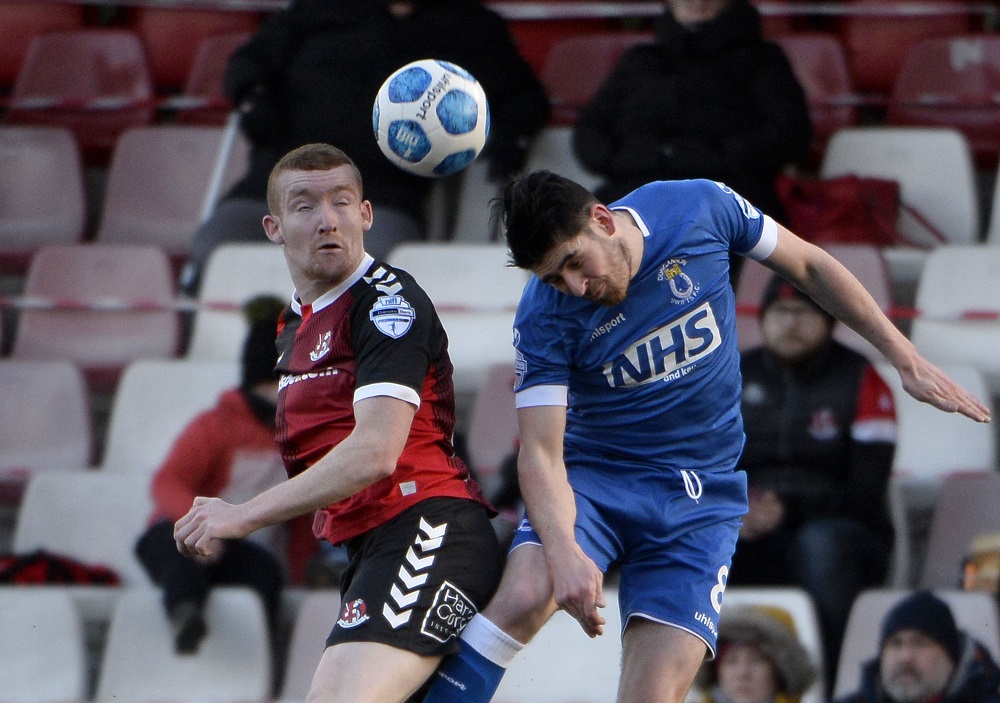 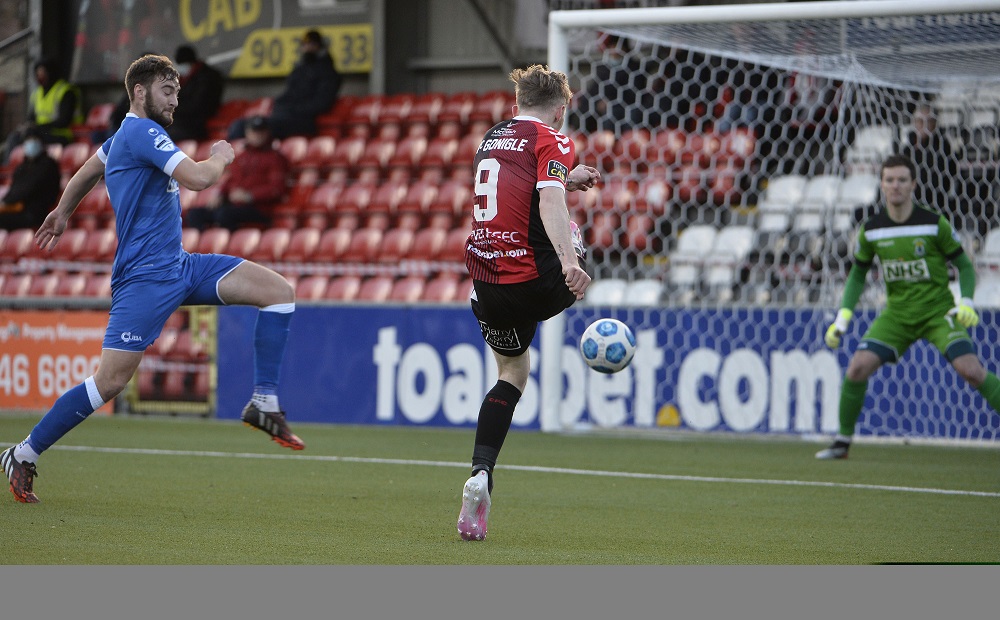 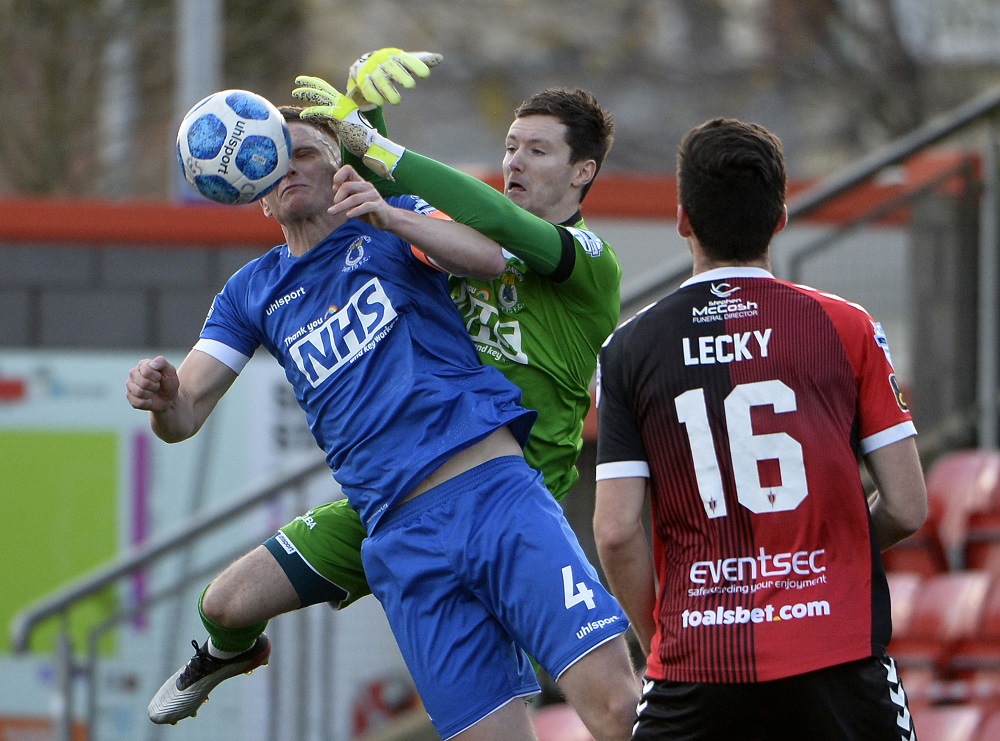