ALL SQUARE AFTER WINDSOR TWISTS AND TURNS

Six goals, two red cards, the lead changing hands and a last gasp equaliser ... this first Linfield Glentoran derby clash of the season had something for everyone.
Yet, despite how the game was to develop, the first half was a fairly subdued affair.
Linfield led at the break. On 33 minutes, Jordan Stewart received the ball on the left flank, and proceeded to take it into the box past Seanan Clucas before testing Dayle Coleing with an angled shot which the Glentoran keeper initially appeared to save before turning the ball into his own net.
The Glens came out fighting after the break, levelling just four minutes in through Paul O'Neill after he pounced on the loose ball from Robbie McDaid's 25-yard drive which Chris Johns failed to hold.
Linfield regained the lead on 67 minutes. Coleing conceded a spot-kick following a challenge on Stephen Fallon which Shayne Lavery duly converted.
But, barely two minutes later, it was all square again when Jay Donnelly got on the end of a long ball over the top to direct the finish past Johns.
The pendulum swung back in Linfield's favour with a quarter-of-an-hour remaining. Glentoran keeper Coleing was dismissed by referee Steven Gregg for recklessly bringing down Lavery in a one-on-one.
Yet, with three minutes to go, Glentoran looked to have secured the win. Jay Donnelly slotted the ball through to put Robbie McDaid into a great position, and he capitalised on the opportunity with a finish into the bottom corner.
Glentoran's ten men became nine two minutes into stoppage time as a result of a Clucas tackle on Navid Nasseri.
Then, in the 95th minute, Jimmy Callacher made sure of a point for the defending champions with a powerful back post header from Lavery's cross to cap what turned out to be an enthralling encounter.
Linfield: Johns, Haughey, Callacher, Stewart, Millar, Lavery, McClean, Fallon, Mulgrew, Pepper, Quinn subs Walsh (not used), Larkin (not used), Shevlin (replaced Fallon 88), Manzinga (replaced Pepper 80), Nasseri (replaced McClean 71), Clarke (not used), Kearns (not used)
Glentoran: Coleing, McCullough, Gallagher, Gorman, O'Neill, McDaid, Stewart, McClean, Clucas, Marron, J. Donnelly subs Kane (not used), Bigirimana (replaced Gorman 82), McDonagh (not used), R. Donnelly (not used), Brown (replaced Gallagher 77), O'Connor (replaced Stewart 46), Plum (not used) 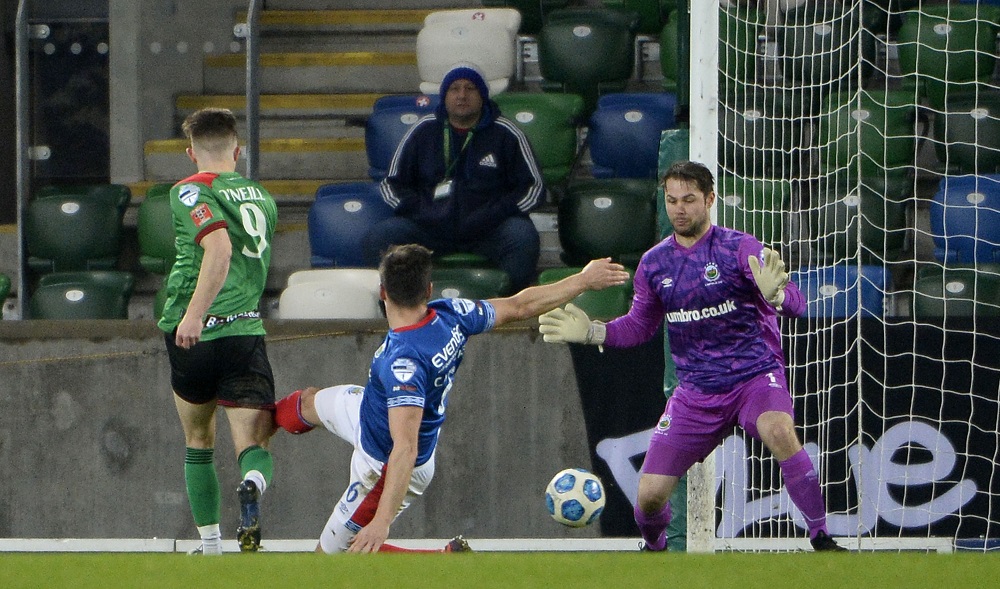 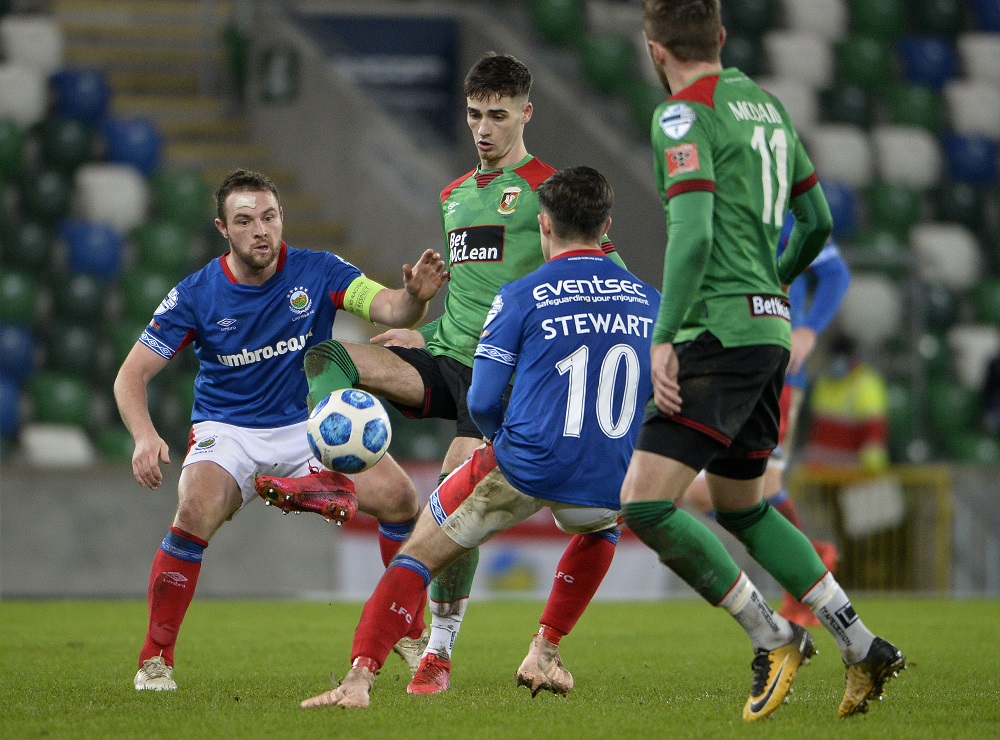 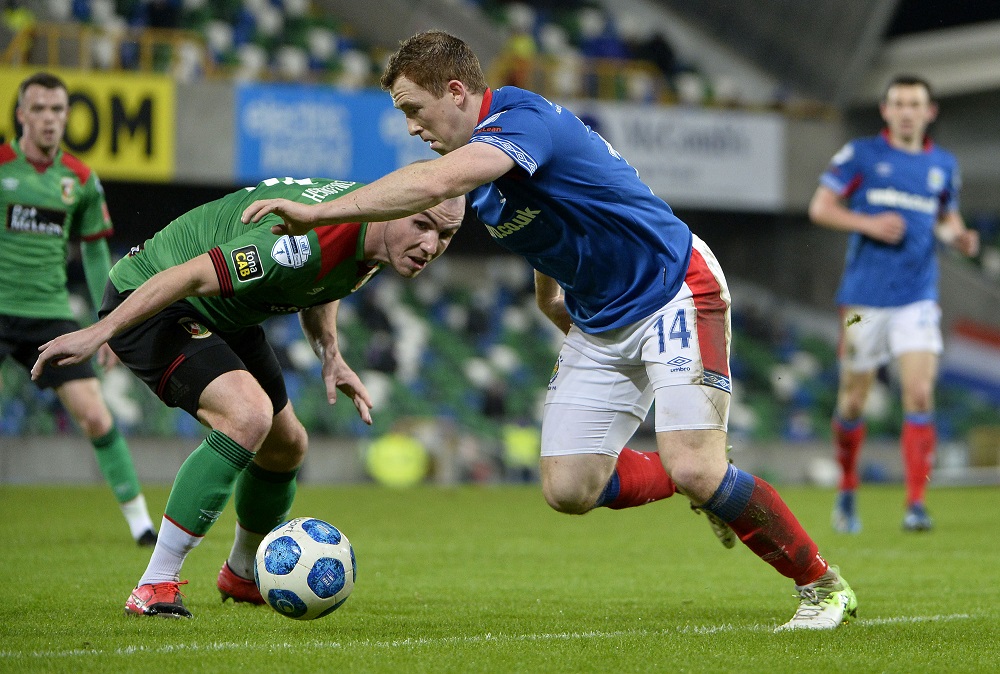 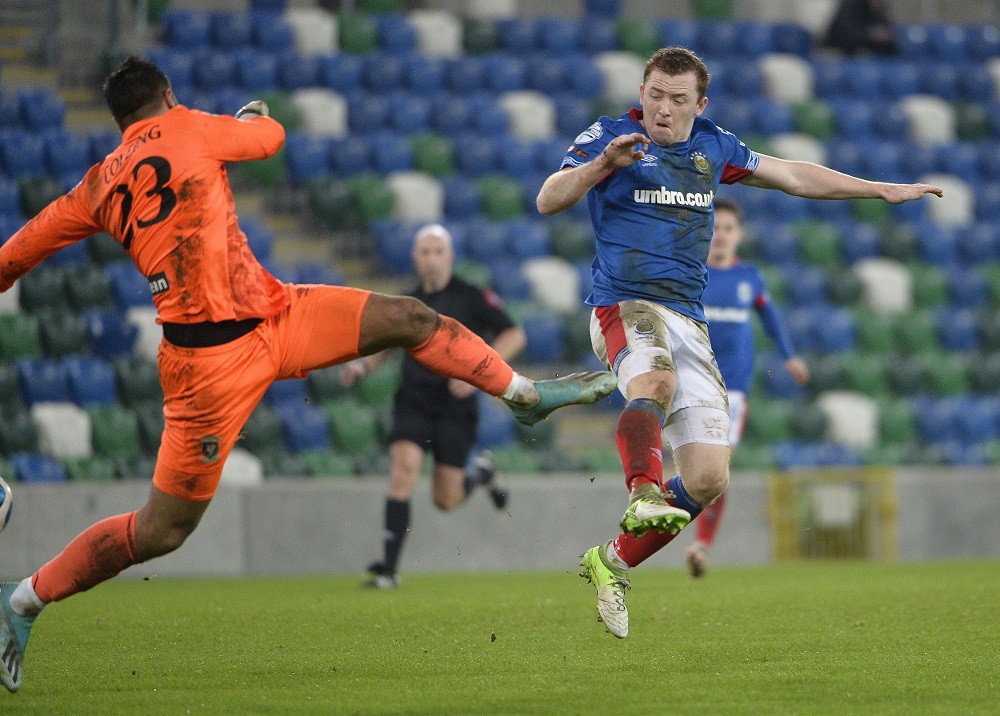 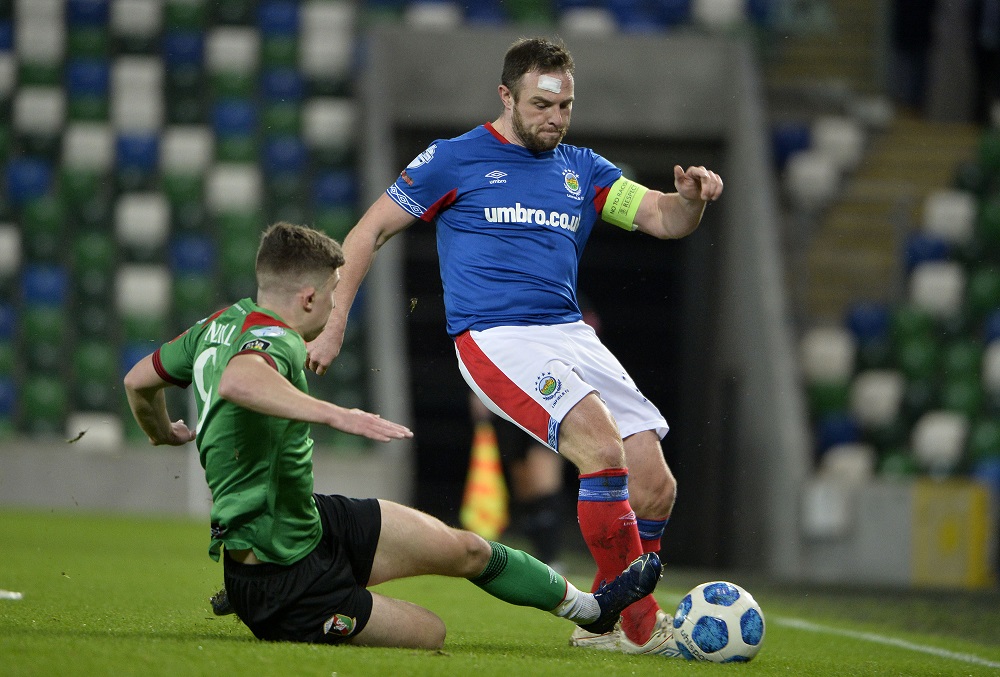 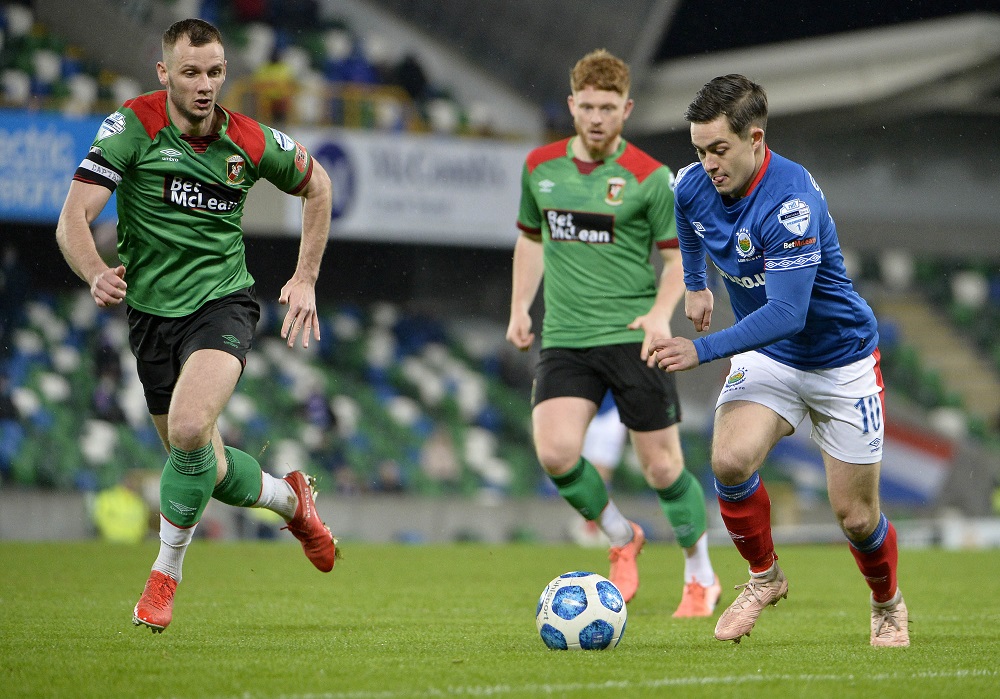