Two goals in the last ten minutes helped Crusaders claim the points from Glentoran's visit to Seaview.
With the game heading towards a scoreless draw Jordan Forsythe and Ross Clarke found the net for the Crues in quick succession to keep Stephen Baxter's firmly in third spot in the standings.
Glentoran dominated the early proceedings without really providing any sort of threat in front of goal.
Indeed, the Crues ultimately created the best chances of the first half. Philip Lowry had the ball in the net on 38 minutes but this was ruled out for a foul on Glentoran keeper Rory Brown while, moments later, Clarke squandered an opportunity five yards from goal only to send his effort straight at Brown.
Jay Donnelly had a huge chance for the Glens around the hour mark with a header from Dale Gorman's free-kick but wasn't able to keep the ball from going over.
Then, just over ten minutes later, Lowry hit the inside of an upright from Paul Heatley's cut back with Clarke's follow-up being saved by Brown. Chris Hegarty then did well to bring another Heatley ball down but smashed his effort wide at the near post.
But the Crues eventually found a way through on 82 minutes, Forsythe converting from the spot after Luke McCullough was adjudged to have handled a Declan Caddell shot.
And it was game over just a couple of minutes after that following Clarke's cut in from the right which took him past a number of defenders before firing beyond Brown.
Crusaders: Doherty, Hegarty, Wilson, Lowry, Caddell, Forsythe, O'Rourke, Owens, Thompson, Heatley, Clarke subs Shields (not used), Kennedy (not used), McGonigle (not used), Hale (not used), Cushley (not used), Lecky (not used), Brown (not used)
Glentoran: Brown, Kane, McCullough, Bigirimana, Gallagher, Gorman, O'Neill, McDaid, McClean, Marron, J. Donnelly subs McDonagh (replaced Bigirimana 83), R. Donnelly (replaced O'Neill 77), Mitchell (not used), Smith (not used), Coleing (not used), Plum (not used), Cowan (not used) 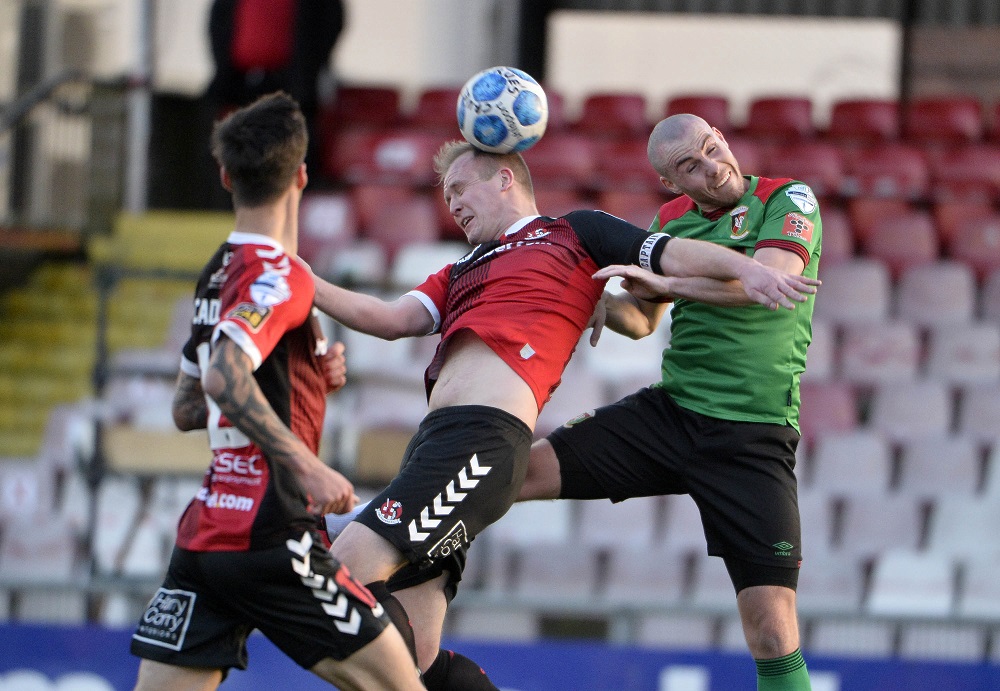 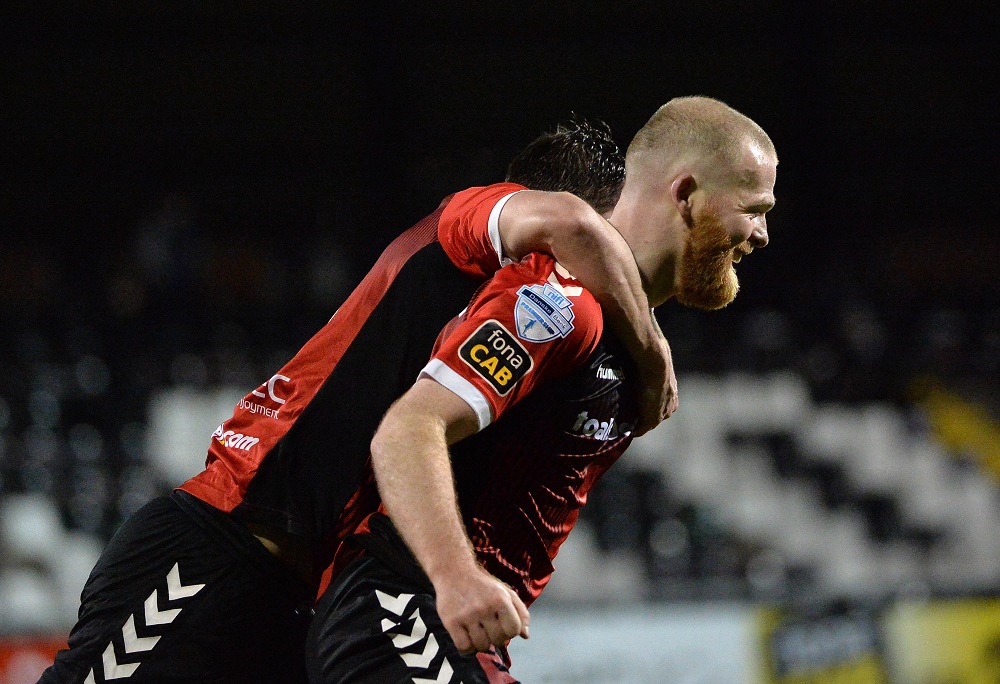 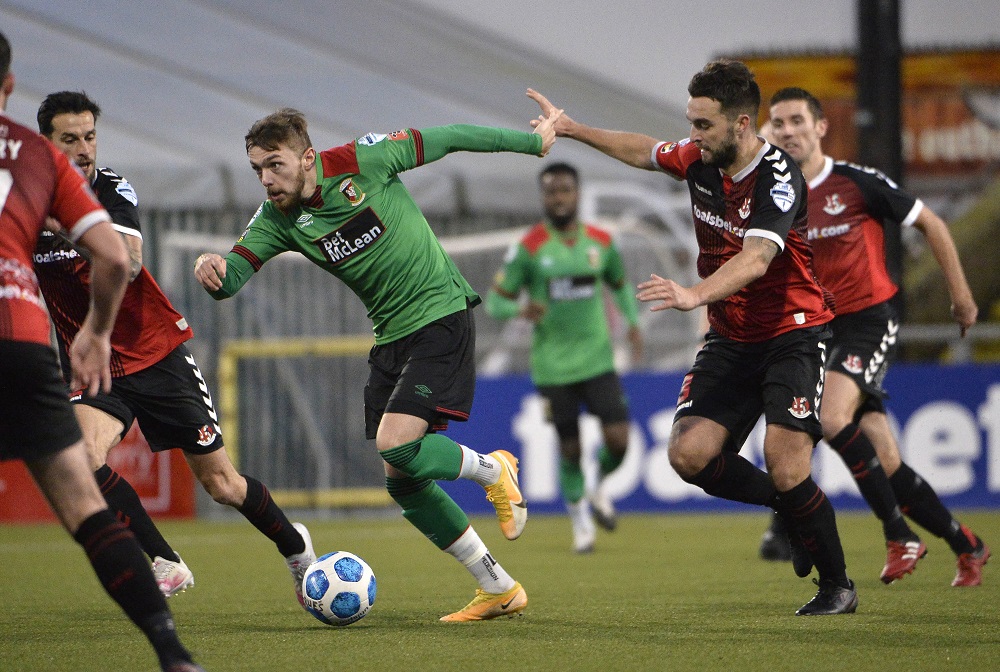 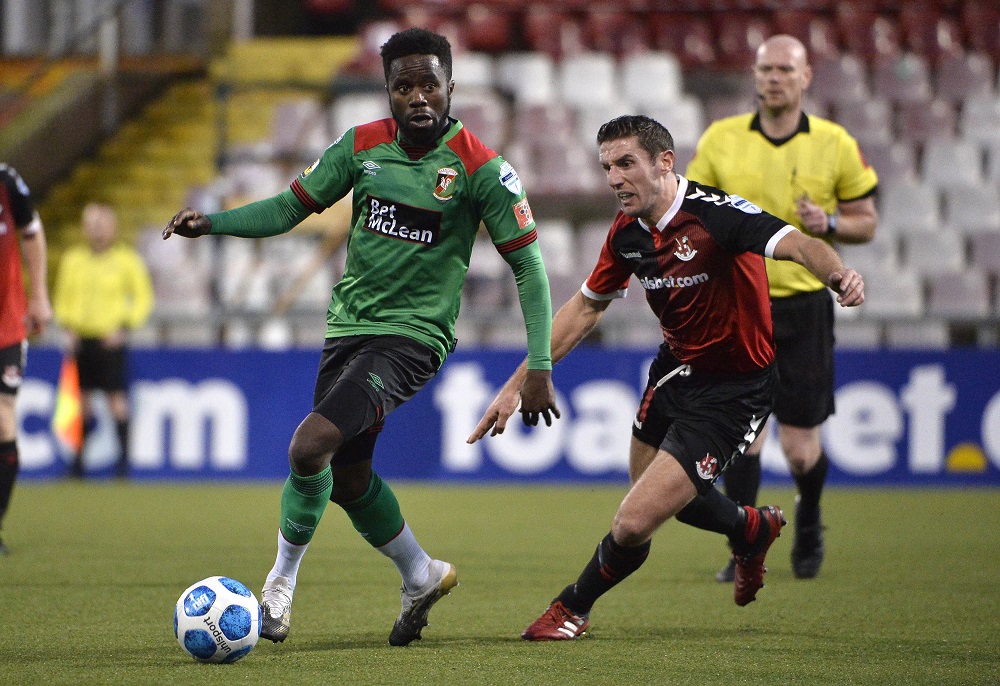 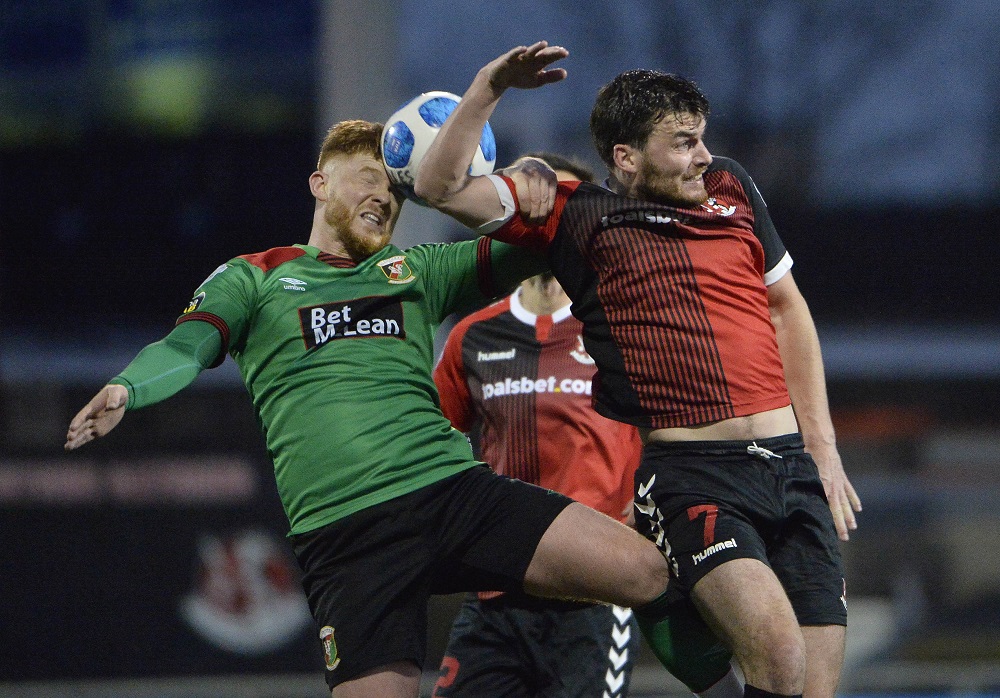 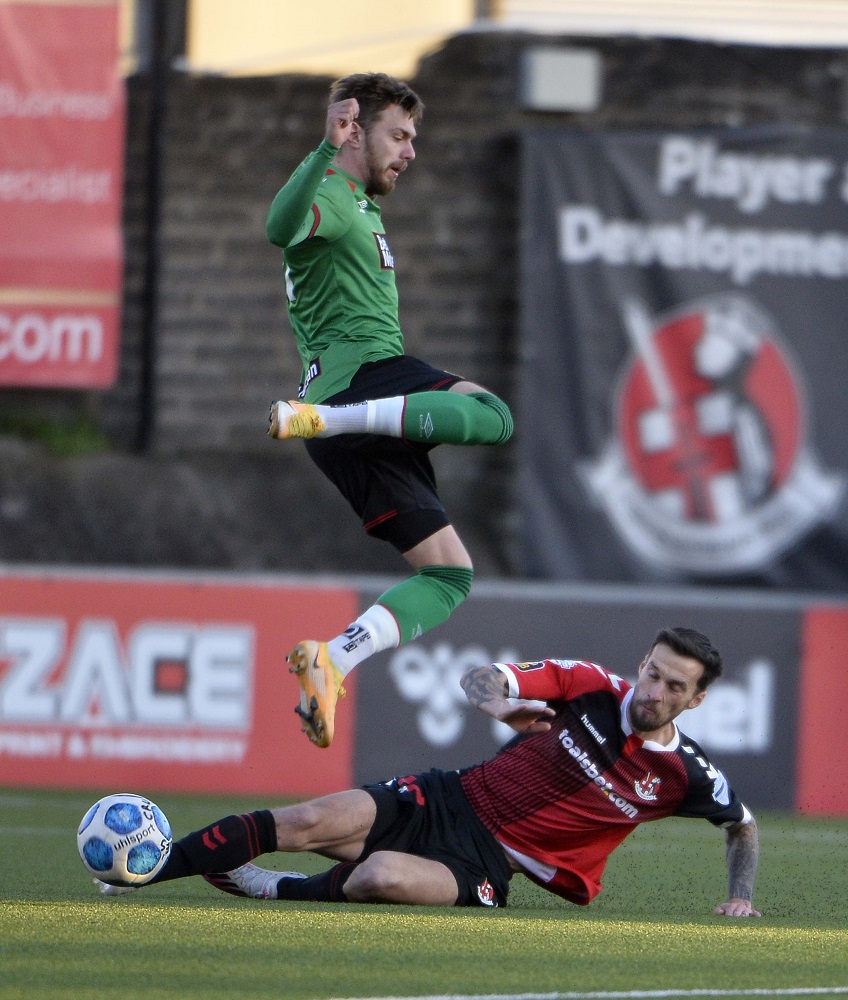