Robbie McDaid bagged a hat-trick as Glentoran blasted six goals past bottom of the table Carrick Rangers at The Oval.
McDaid kicked proceedings off with the opening goal on 17 minutes. Marcus Kane found him with a right foot inswinging cross and, unmarked, he directed a header past keeper Aaron Hogg.
It was 2-0 just five minutes after that through Jay Donnelly who connected with Dale Gorman's cross to the back post to nod the ball past across goal into the net.
And Glentoran's first half dominance was marked two minutes from the break when Hrvoje Plum found the net for the first time since coming back from injury with a header into the top right corner from a McDaid cross.
Donnelly almost added a fourth very early in the second half but nodded against the post from Caolan Marron's ball.
However, Glentoran's lead did stretch to a fourth goal on 70 minutes when McDaid doubled his tally with another header from another Gorman delivery.
The hat-trick goal, and Glentoran's fifth, came with eight minutes remaining with a simple finish from a fantastic Jamie McDonagh pass.
Ruaidhri Donnelly completed the scoring right at the end of normal time. Gorman was again the provider for Donnelly to bundle the ball home from close range. 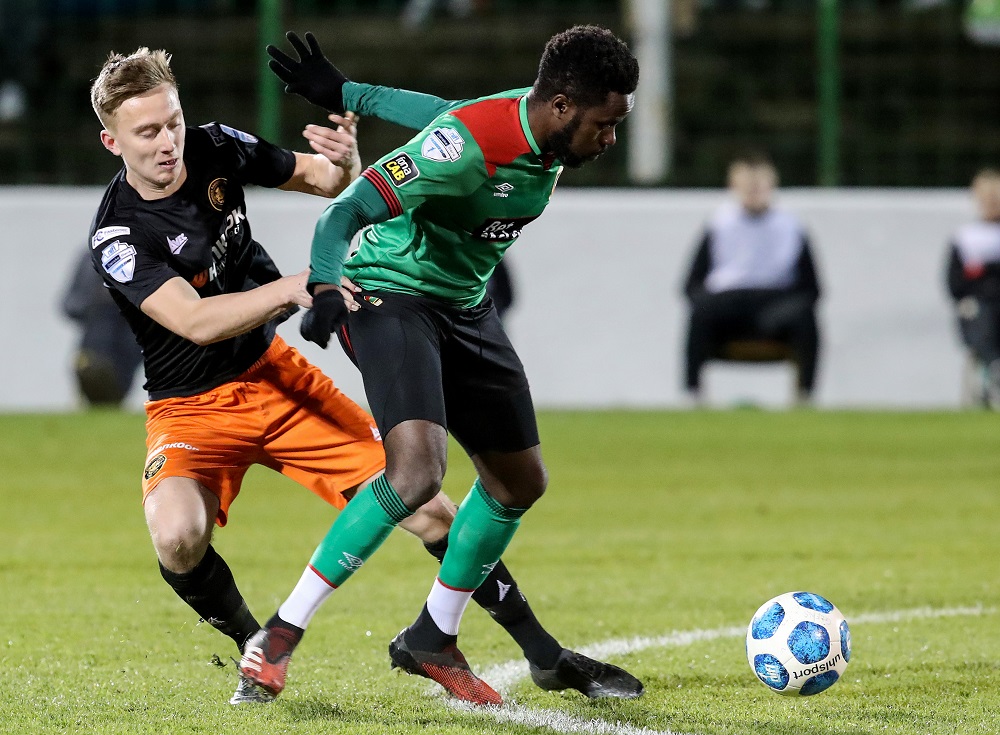 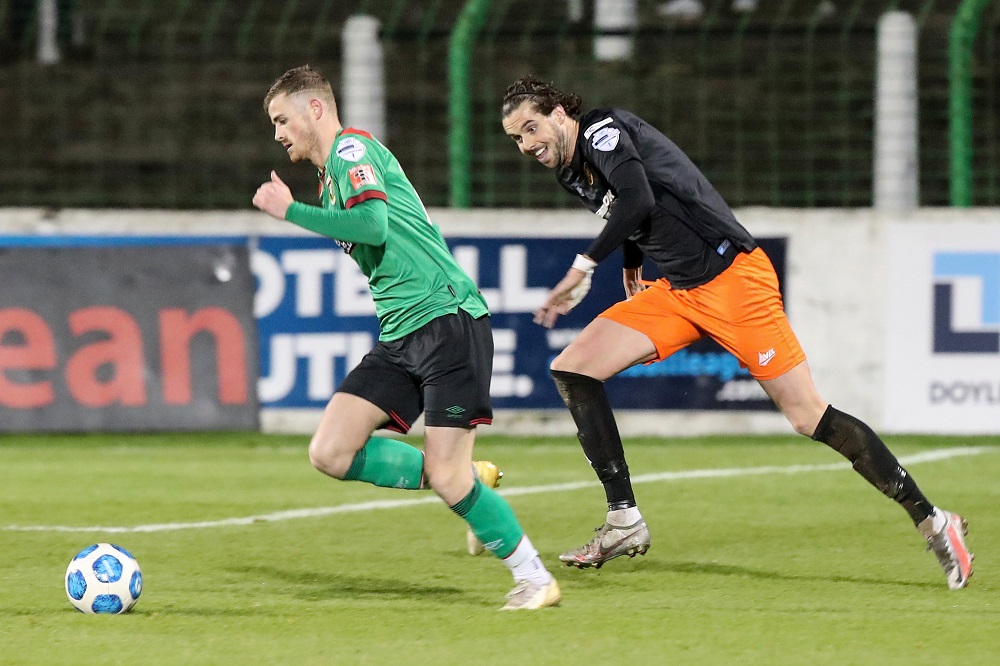 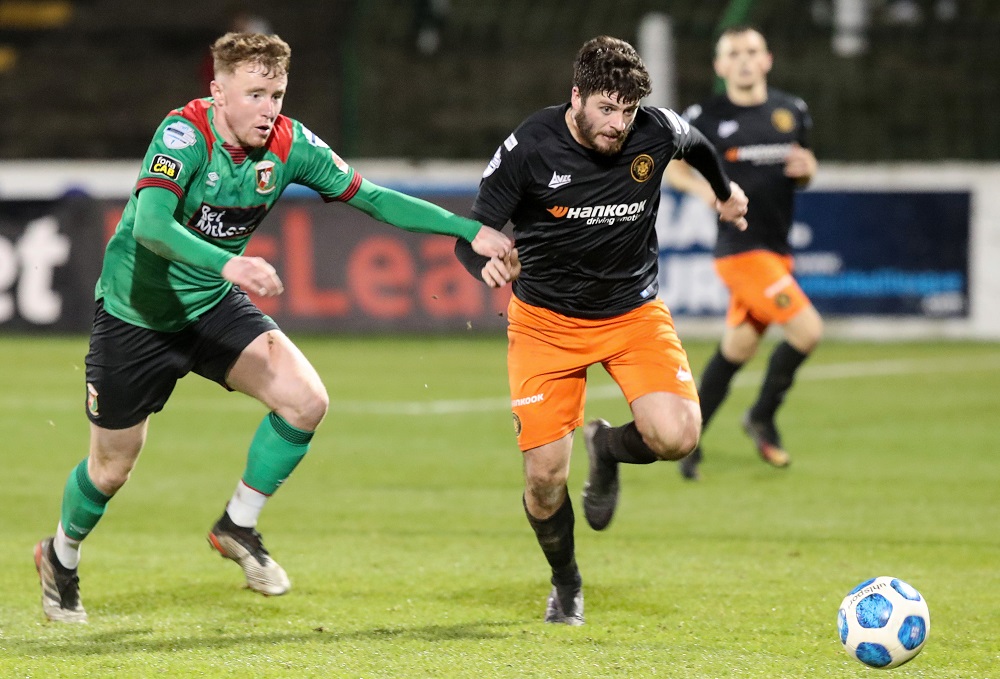 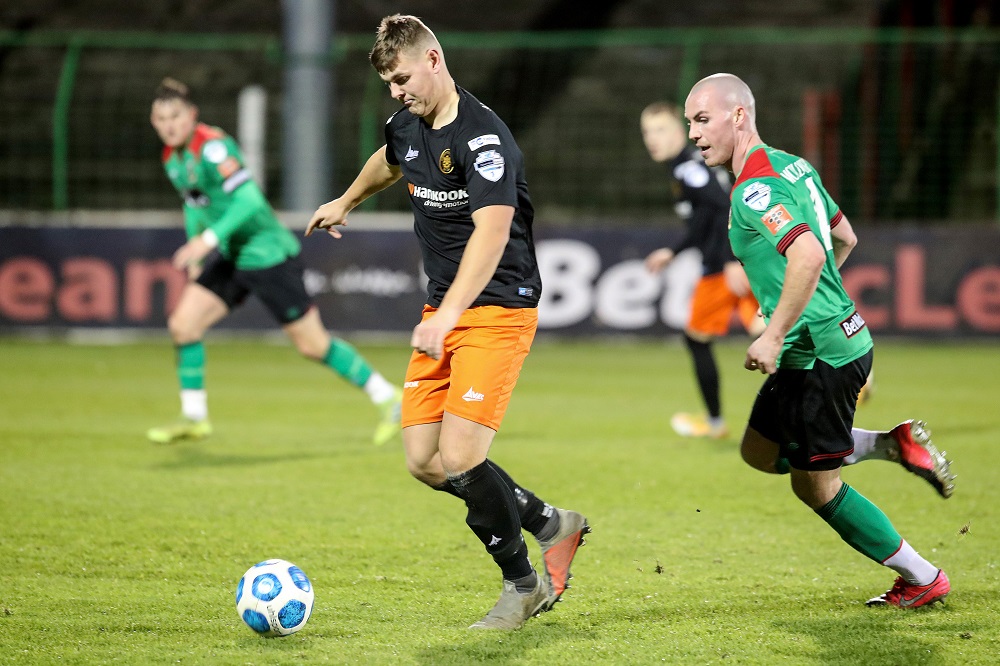 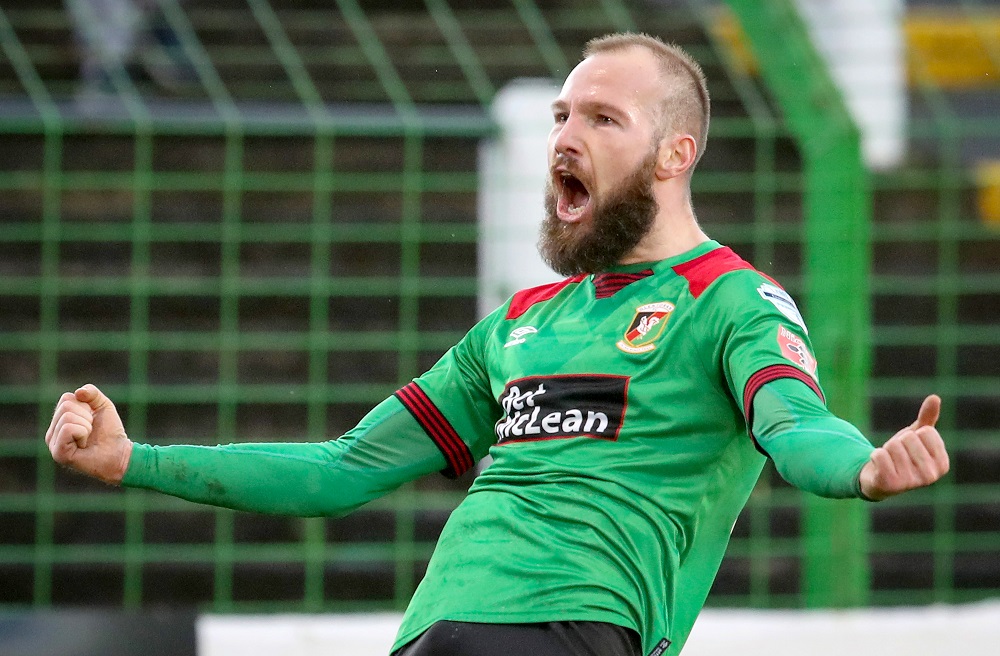 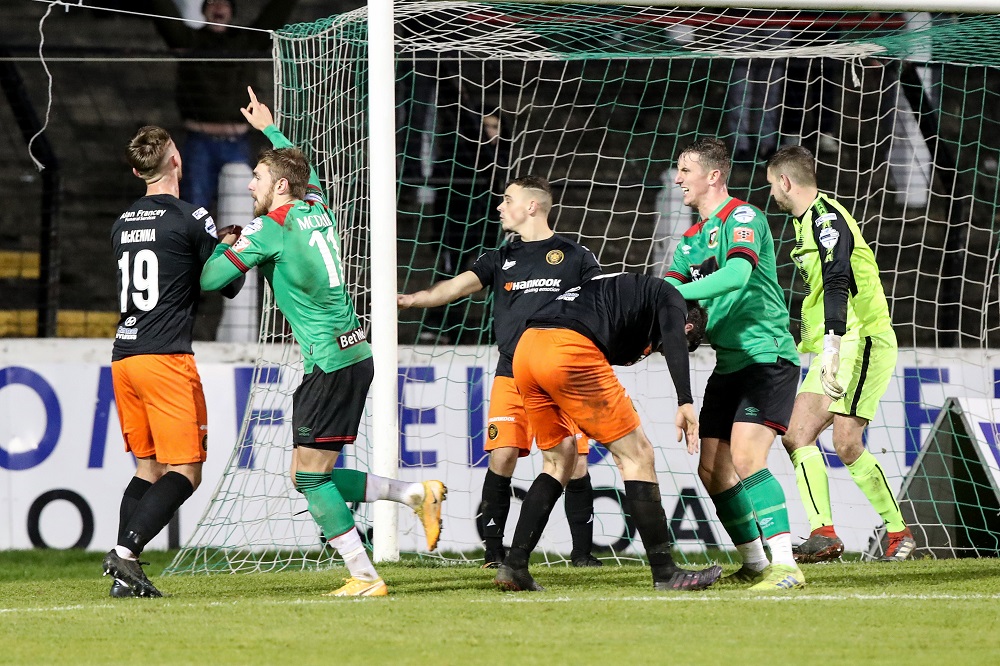