STEWART WINNER SENDS BLUES BACK TO THE TOP

Linfield moved back to the top of the Danske Bank Premiership after coming from behind to get the better of Glenavon at Mourneview Park.
An open game during the early exchanges, Sammy Clingan came closest on 12 minutes when his well taken free-kick curled narrowly past the top corner with Chris Johns beaten.
Glenavon moved in front midway through the first half. Clingan was again involved after sending over a corner which Conor McCloskey flicked on at the near post for Daniel Purkis to nod into the net.
It was a lead Gary Hamilton's side held at the break, although Linfield almost levelled just before half-time when Jimmy Callacher could only head down from a Niall Quinn corner allowing Johnny Tuffey to make the save.
But, just three minutes into the second half, the Blues did equalise when Quinn sent a looping header into the top corner after connecting with Kirk Millar's free-kick from wide on the left.
Sean Ward might have restored Glenavon's advantage soon after when he embarked on one of his trademark runs to carry the ball 40 yards only to send his left-foot shot just the wrong side of the post.
Glenavon were then denied by Johns twice in quick succession just after the hour to thwart McCloskey and then Robert Garrett on the rebound.
Then Purkis was presented with a great opportunity when he found himself through one-on-one with Johns but could only poke the ball past the left post.
The home side ultimately paid for these squandered chances with 12 minutes to go when, out of nothing, the ball fell for Jordan Stewart outside the area who wasted no time sending a stunning looping effort beyond Tuffey's reach into the back of the net.
Glenavon: Tuffey, Larmour, Doyle, Purkis, Clingan, Fitzpatrick, McCloskey, O'Mahony, Singleton, Garrett, Ward subs Taylor (not used), Coates (not used), Byrne (not used), Jenkins (replaced Fitzpatrick 81), Moorhouse (not used), Harmon (not used), Rea (not used)
Linfield: Johns, Haughey, Callacher, Waterworth, Stewart, Millar, Clarke, McClean, Mulgrew, Pepper, Quinn subs Moore (not used), Stafford (not used), Larkin (not used), Nasseri (replaced Clarke 76), Kearns (not used), Doyle (not used), Fallon (replaced McClean 76) 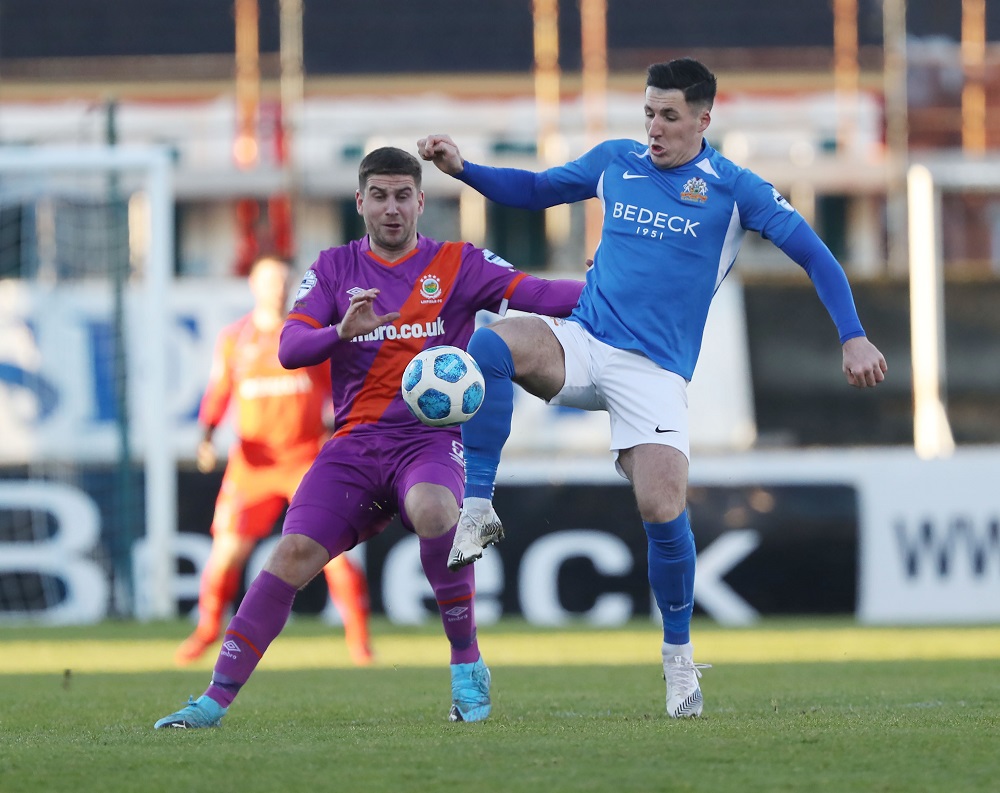 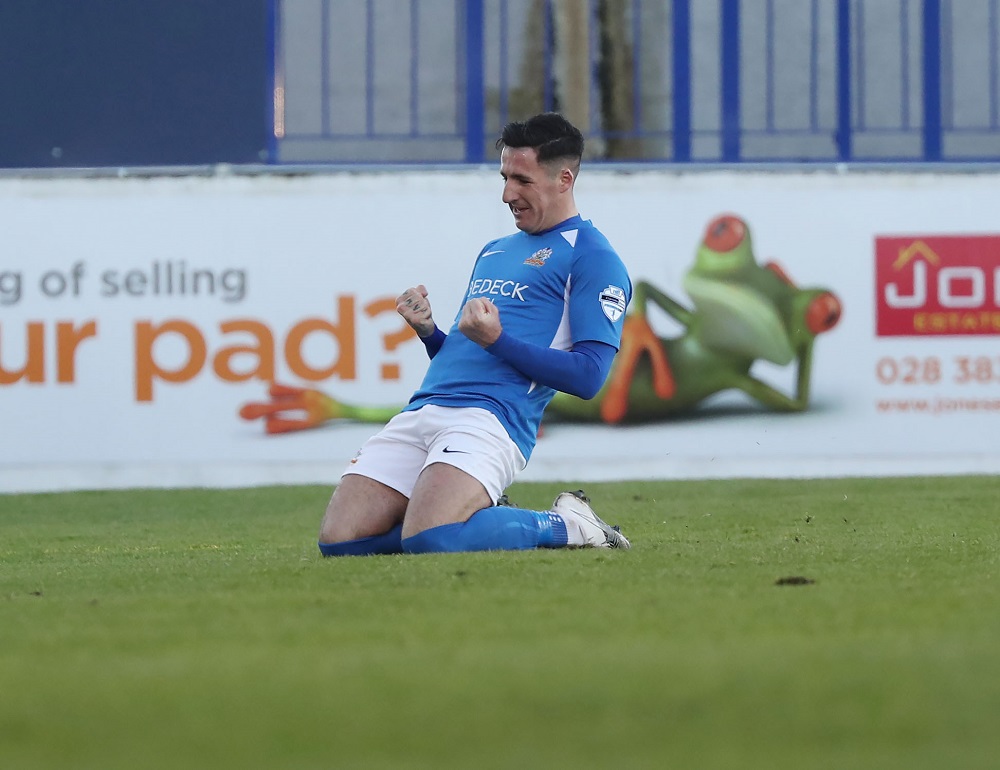 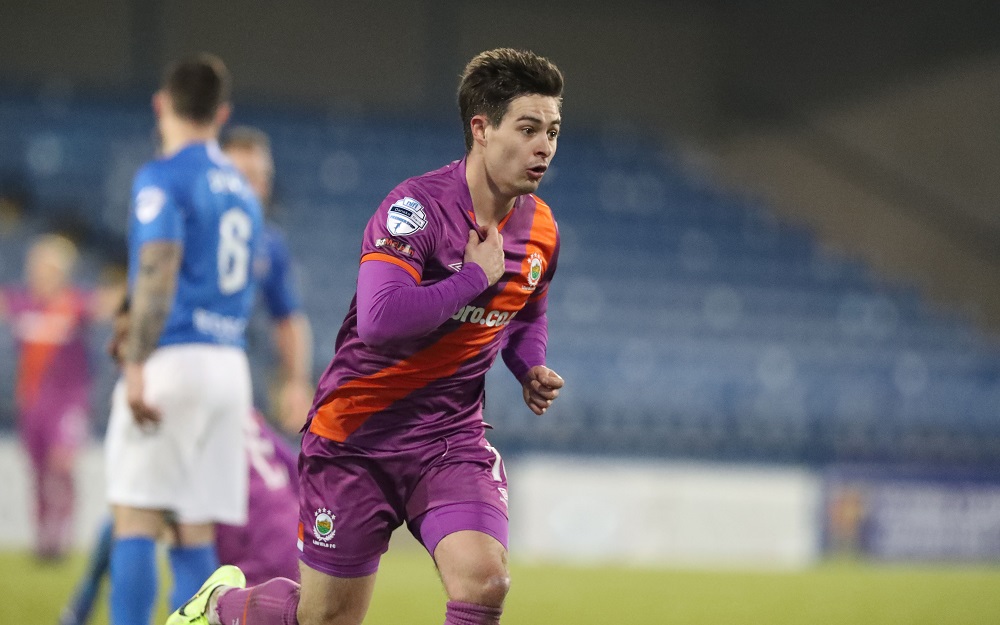 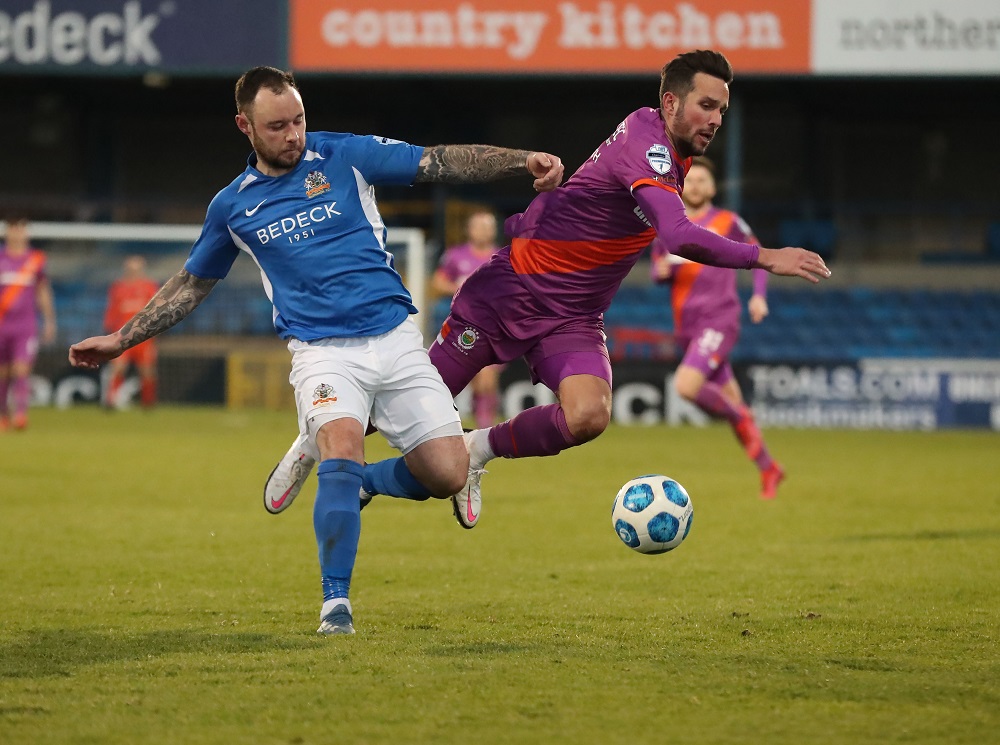 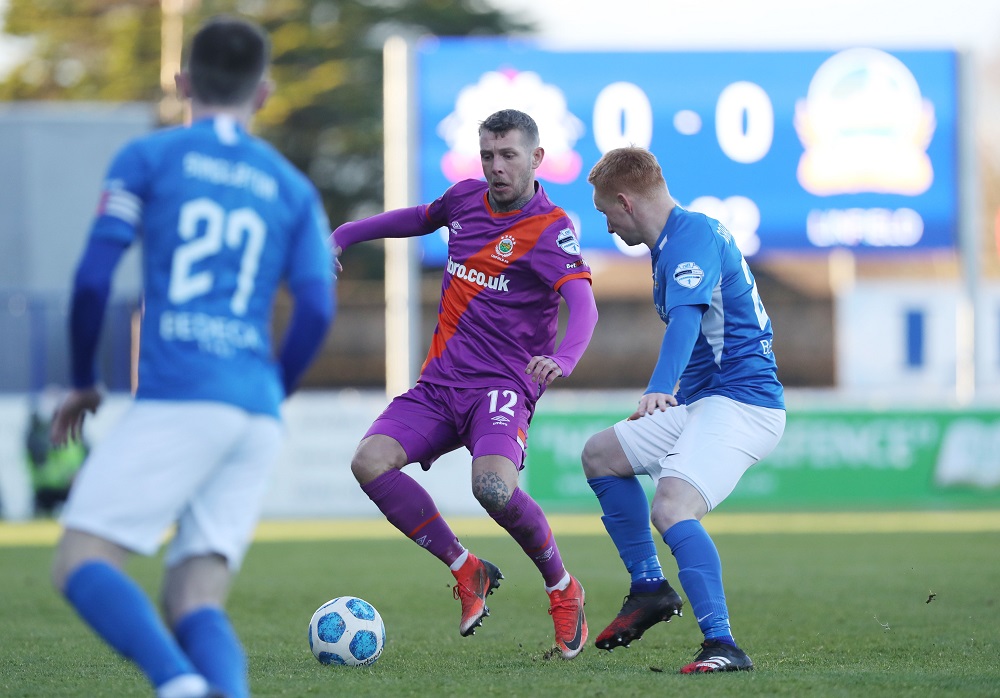 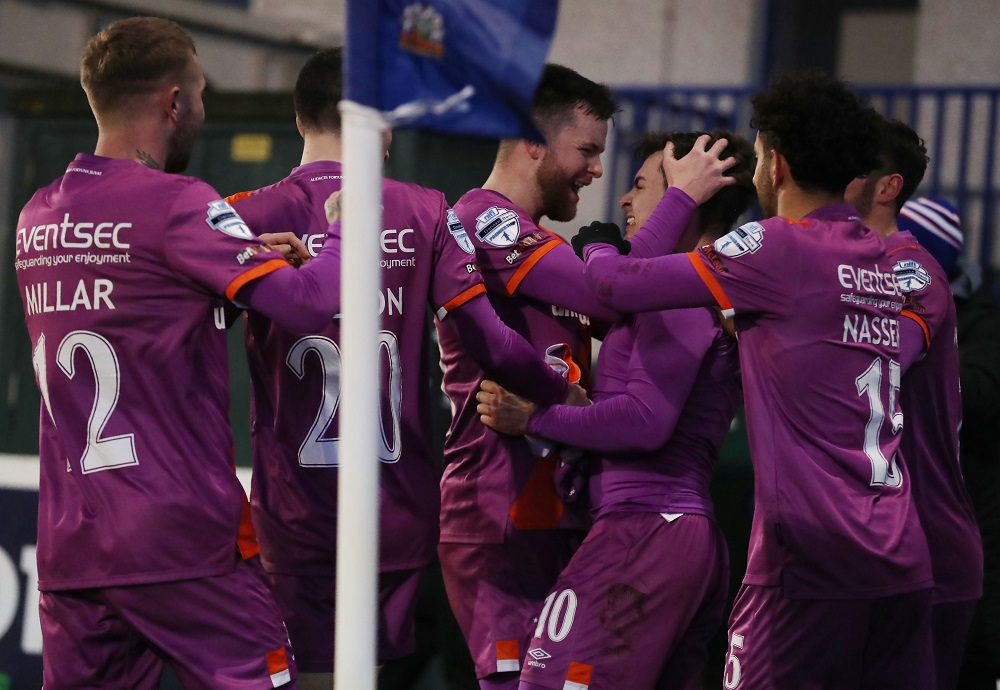