BANNSIDERS TOO STRONG FOR SWIFTS

A goal in each half helped Coleraine defeat Dungannon Swifts at The Showgrounds in one of just three games to beat the weather.
The Bannsiders started brightly with Stephen O'Donnell and Jamie Glackin having chances early on.
Glackin then turned provider on eight minutes to win the ball, combine with Eoin Bradley in a one-two and then deliver the cross for Aaron Jarvis to head past Sam Johnston to open the scoring.
Spurred on by this, Coleraine went in search of a quick second goal when Bradley released Josh Carson but the Swifts keeper dealt with the danger.
Dungannon's best effort of note in the first half came late in proceedings when Coleraine keeper Gareth Deane did well to tip Caolan McAleer's effort around the post while, a couple of minutes later at the other end, Jarvis was denied a second by Johnston.
The visitors showed more promise during the early stages of the second half with Terry Devlin firing wide from distance after combining with Matthew Smyth followed quickly by a great chance for Rhyss Campbell from a quickly taken corner but he could only fire straight at Deane from close range.
Ben Gallagher then had an opportunity around the hour mark only to fire over from inside the box, but after that Coleraine enjoyed the majority of chances as they looked to make the points safe.
Substitute Matthew Shevlin headed over from close range moments after coming on, Bradley saw a strike deflected wide and another chance finish just too high.
However, on 77 minutes, Bradley did hit the target in spectacular fashion to put the game beyond doubt when he unleashed a perfectly executed half-volley which dipped into the corner of Johnston's goal.
In the closing moments Shevlin, making his Coleraine debut, almost marked the occasion with a goal, hooking one effort just past the post while striking the crossbar with a header right at the end of normal time.
Coleraine: Deane, Kane, Jarvis, Lowry. Bradley, Carson, McConaghie, O'Donnell, Glackin, Traynor, Nixon subs Gallagher (not used), Canning (not used), McLaughlin (not used), Wilson (not used), Parkhill (replaced Glackin 80), Allen (not used), Shevlin (replaced Nixon 64)
Dungannon Swifts: Johnston, Coyle, Teggart, Wilson, Byers, McAleer, O. Smyth, Campbell, Gallagher, Carvill, Devlin subs Byrne (not used), Lowe (replaced Carvill 82), Hughes (not used), Mayse (replaced McAleer 71), Convie (replaced Gallagher 67), Teelan (not used), M. Smyth (not used) 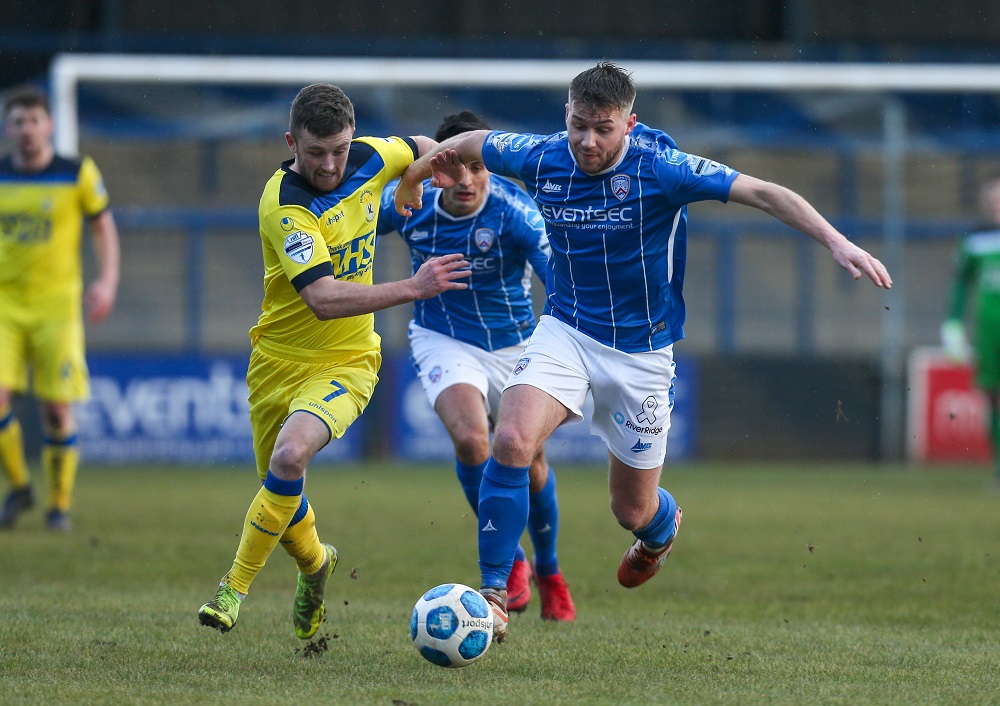 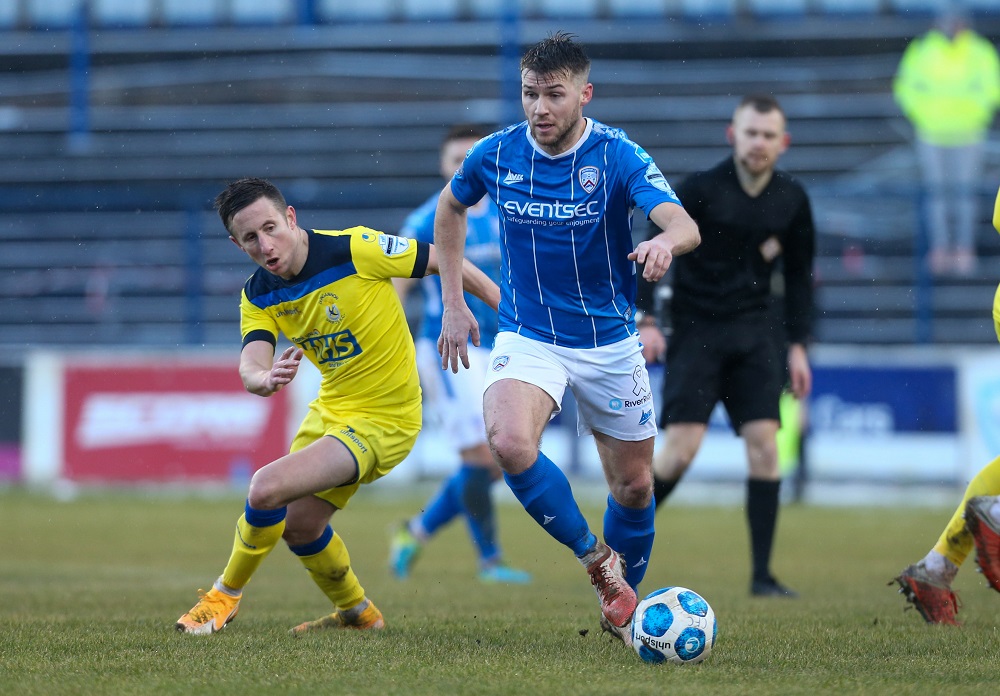 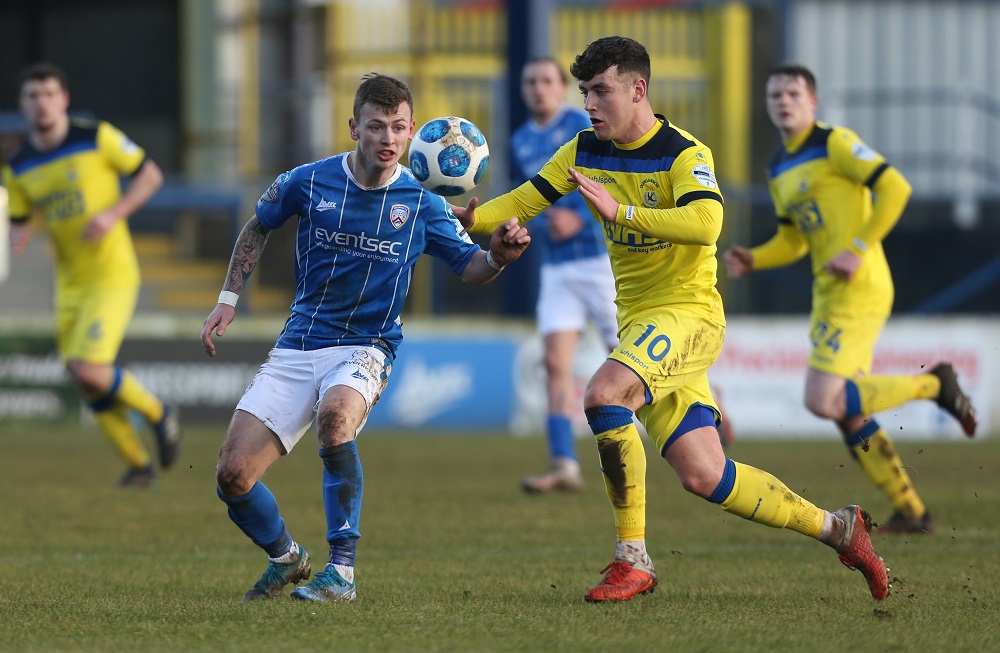 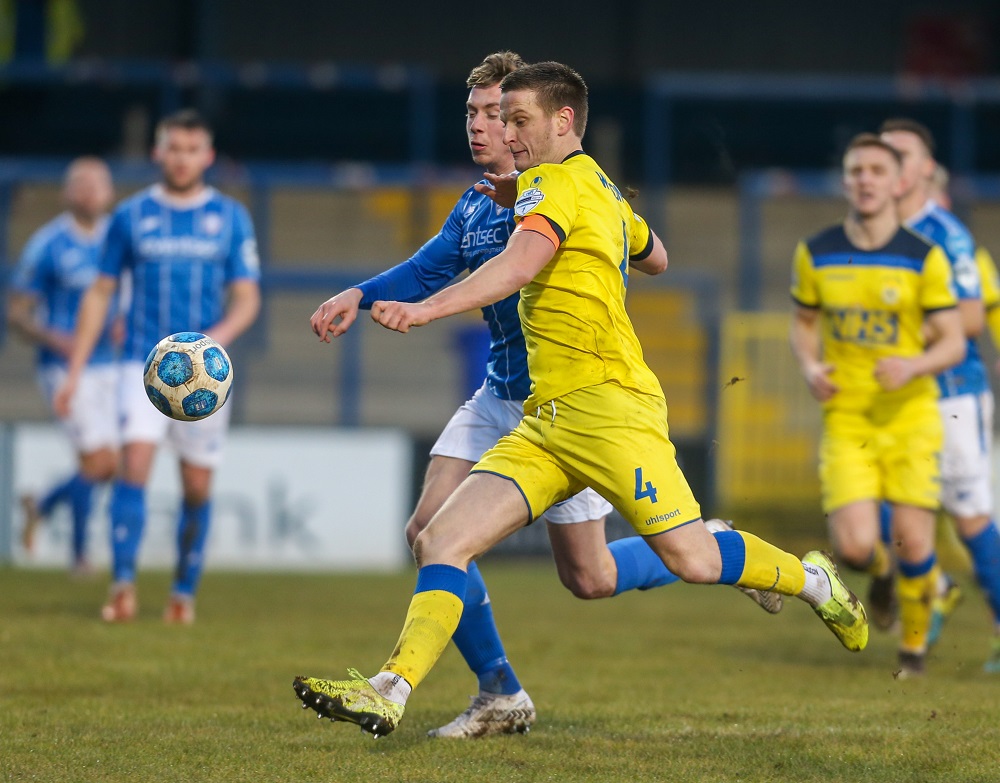 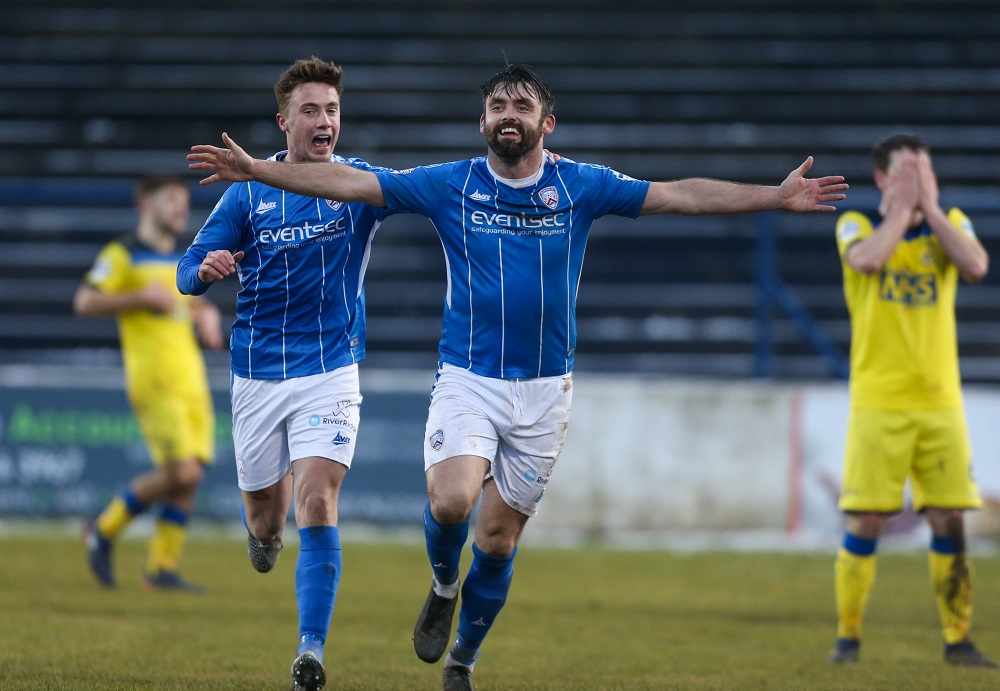 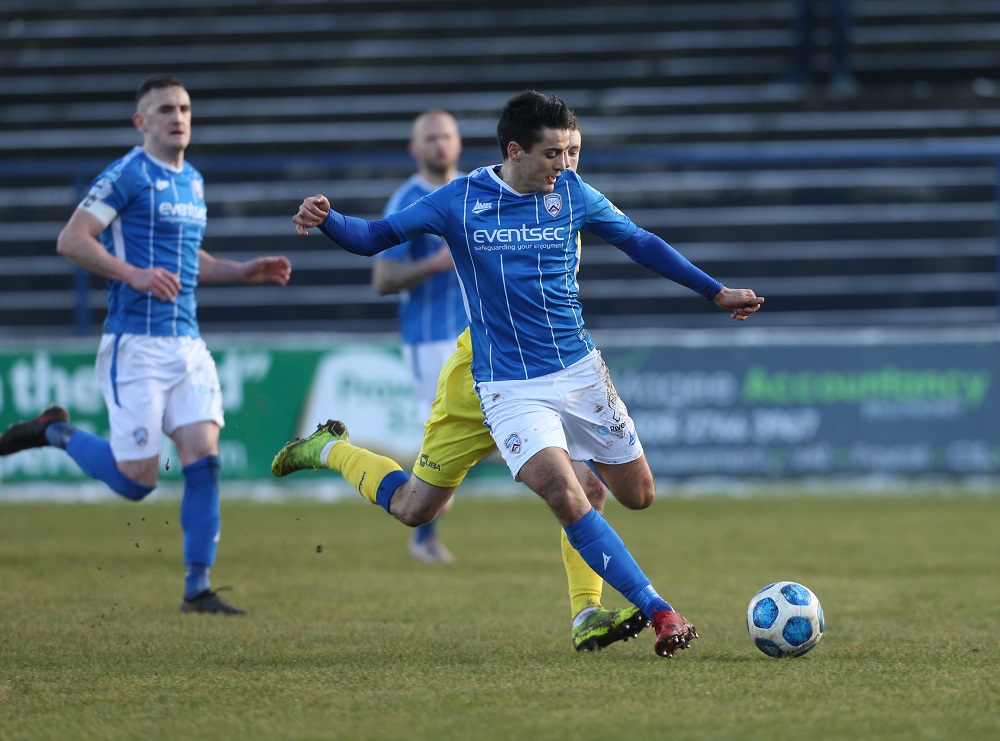