Coleraine came from behind to stretch their current winning streak to six games with victory over Crusaders at The Showgrounds.
Crusaders moved in front with just over a quarter-of-an-hour on the clock when Gareth Deane's clearance was deflected off Adam Lecky into the path of Jamie McGonigle who duly drilled the ball into the net.
The visitors almost doubled their advantage midway through the first half only for Paul Heatley to fire over.
Coleraine levelled on 31 minutes through Curtis Allen who reacted quickest to Lyndon Kane's left-wing cross to flick the ball past Sean O'Neill.
The Crues had a chance to regain their lead soon after but Heatley was denied by Deane who rushed off his line to deal with the threat.
McGonigle had an opportunity for the Crues early in the second half only to fizz the ball over from the edge of the box before firing another effort wide from a cross.
The remainder of the game was a close affair, with neither side really having the necessary edge in front of goal that would have earned them the points.
But, with just a couple of minutes remaining, the Bannsiders did grab what proved to be the winner when Jamie Glackin sent over the cross which Stephen Lowry duly headed beyond O'Neill at the back post.
Coleraine: Deane, Kane, Canning, Bradley, Carson, McConaghie, Tweed, O'Donnell, Glackin, Traynor, Allen subs Gallagher (not used), Jarvis (not used), Lowry (replaced O'Donnell 33), McLaughlin (replaced Bradley 62), Wilson (not used), Parkhill (not used), Nixon (replaced Tweed 77)
Crusaders: O'Neill, Burns, Hegarty, Wilson, Lowry, McGonigle, Caddell, Forsythe, O'Rourke, Lecky, Heatley subs Shields (not used), Weir (not used), Kennedy (replaced Heatley 56), Cushley (replaced McGonigle 84), Ruddy (not used), Owens (replaced Lecky 77), Larmour (not used) 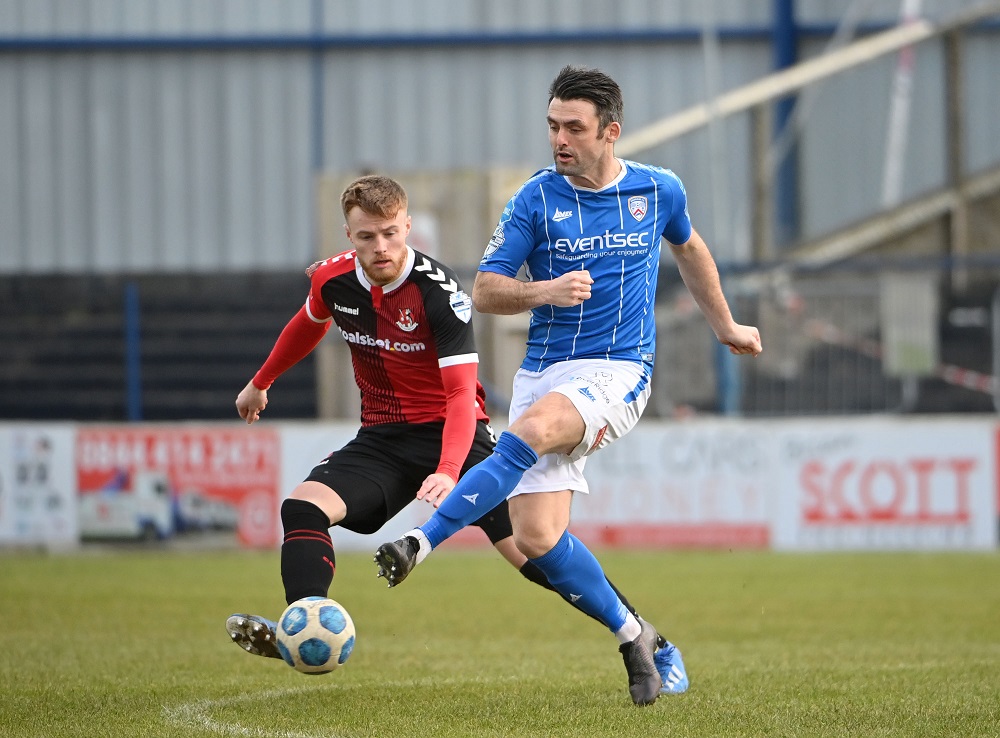 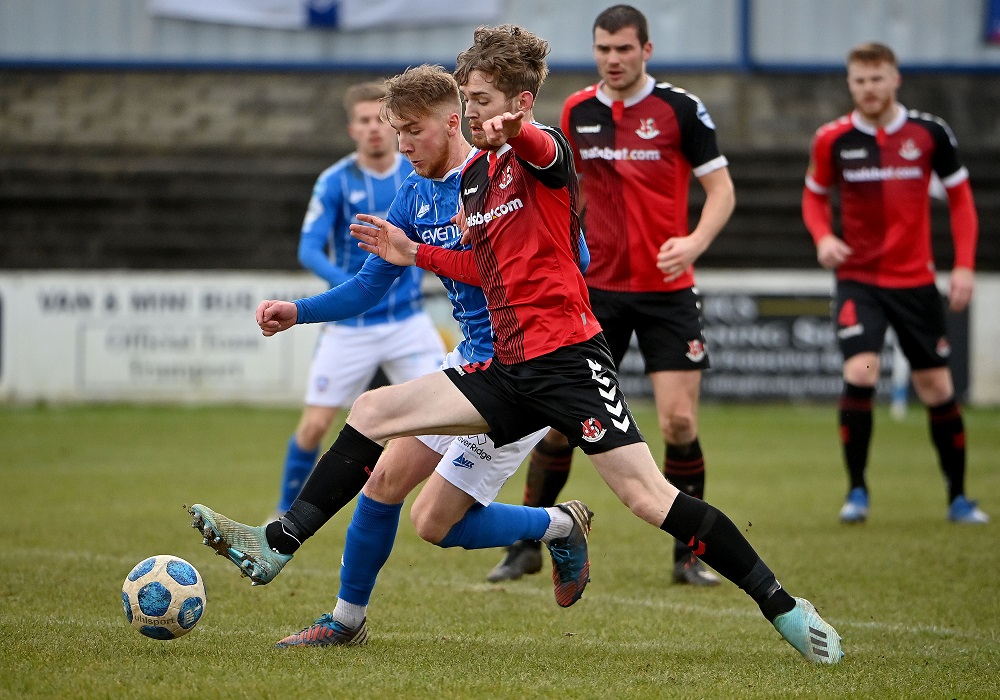 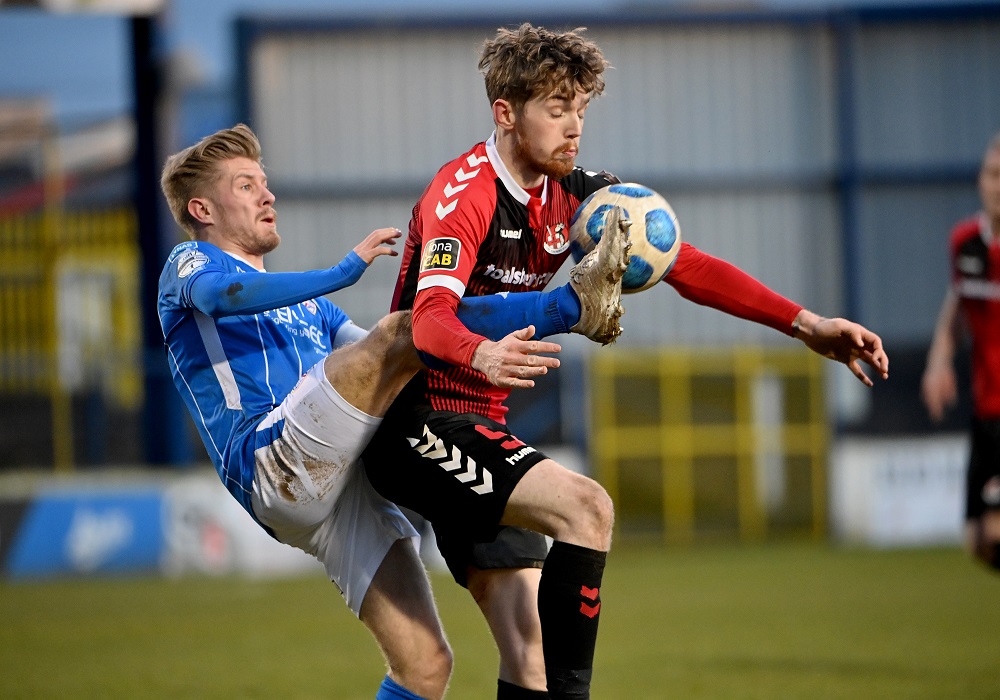 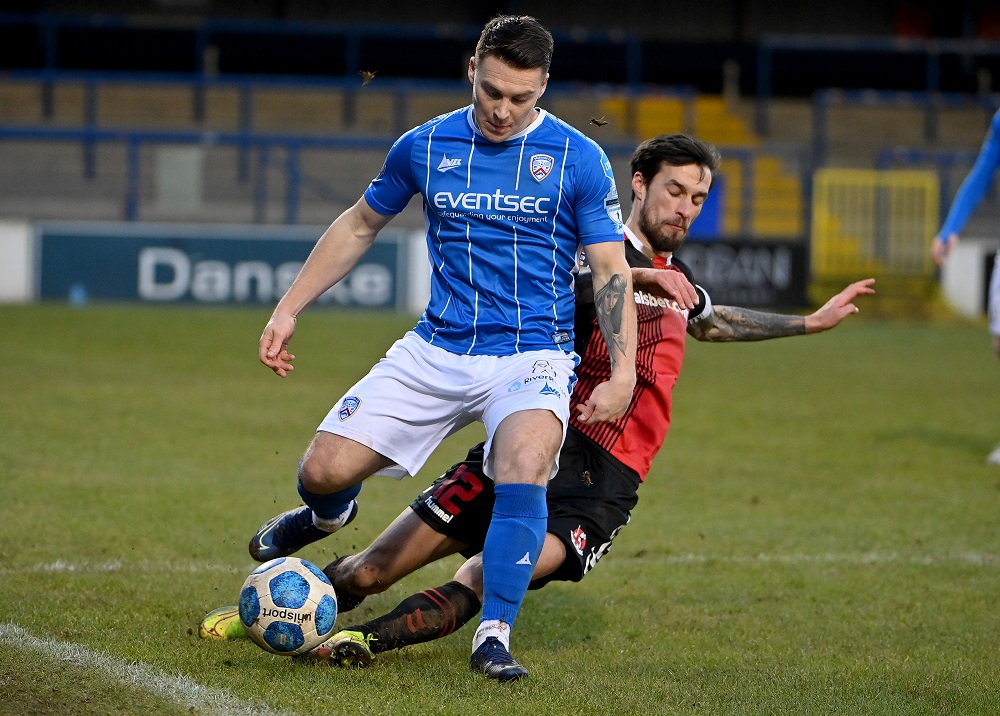 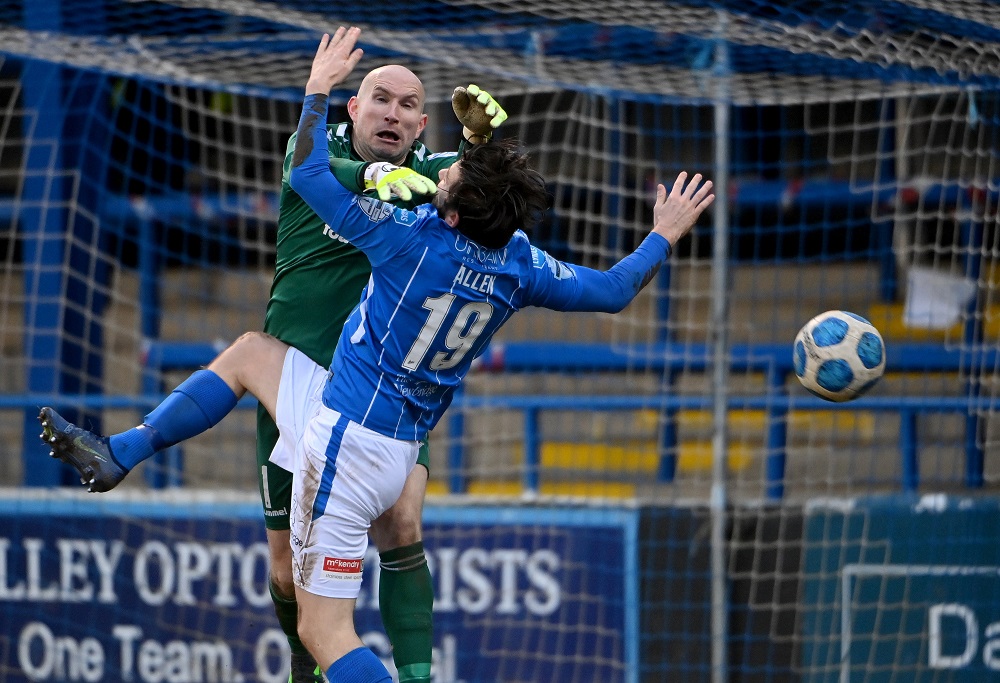 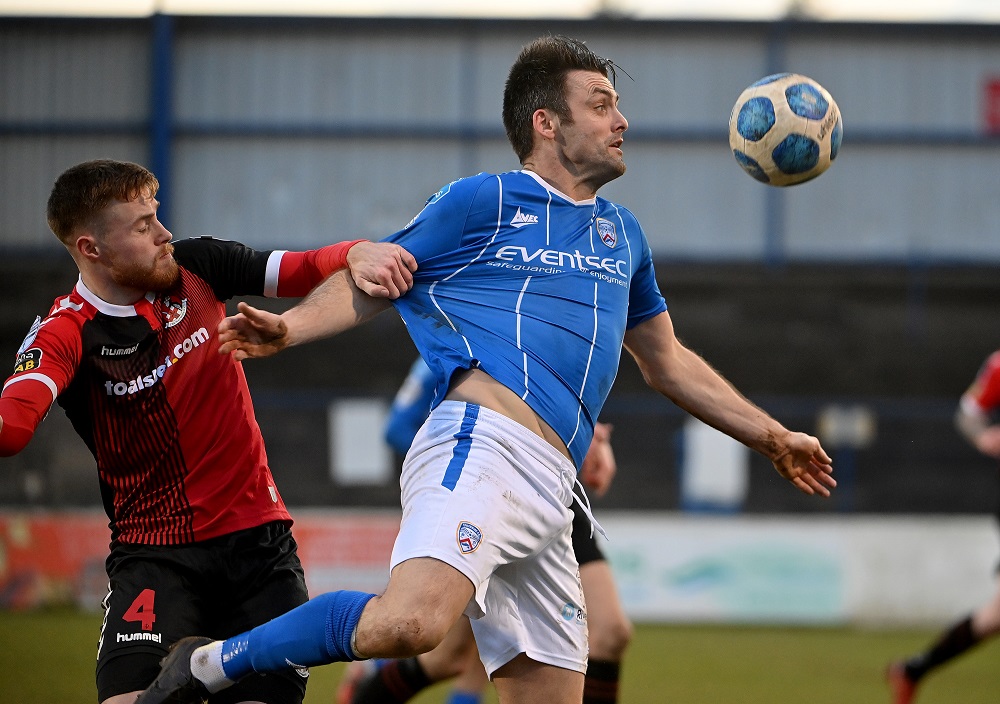