Two goals from Jonny Frazer set Carrick Rangers up to defeat Crusaders in the only 3pm kick-off of the afternoon.
The visitors got off to a great start, moving in front after just 11 minutes when Frazer connected with Cathair Friel's flick to send the ball past Jonny Tuffey.
Crusaders found it difficult to get a foothold back in the game with only a Paul Heatley curling effort wide and a Philip Lowry shot, again wide, to offer for their efforts.
Carrick had the ball in the net again later in the half, but Jordan Gibson's header from a free-kick was ruled out after referee Steven Gregg spotted an infringement.
However, Niall Currie's did double their advantage on 50 minutes with Frazer's second of the afternoon. He got on the end of a Kyle Cherry run and pass to confidently beat the advancing Tuffey.
Jamie McGonigle squandered an opportunity just after the hour to pull the Crues back into it, but he could only fire weakly straight at Aaron Hogg.
McGonigle did find the net soon after with a header from David Cushley's cross but this was disallowed before, finally, on 78 minutes, Philip Lowry did reduce the deficit with a right foot finish past Hogg into the top corner.
However, Carrick made sure of the points with only a few minutes remaining courtesy of Caolan Loughran's spot-kick awarded after Forsythe had brought down Jordan Jenkins. Forsythe was also sent-off for the challenge.
Crusaders: Tuffey, Burns, Hegarty, Wilson, Lowry, Kennedy, Caddell, Forsythe, O'Rourke, Lecky, Heatley subs Shields (not used), Weir (not used), McGonigle (replaced Caddell 46), Cushley (replaced Kennedy 71), Ruddy (not used), Owens (replaced Lecky 46), Larmour (not used)
Carrick Rangers: Hogg, Surgenor, Rodgers, Chapman, Frazer, Kelly, Smith, Cherry, Gibson, Ramsey, Friel subs McKinty (not used), Neale (not used), Loughran (replaced Surgenor 76), Gawne (replaced Frazer 79), Anderson (not used), Jenkins (replaced Friel 69), Storey (not used) 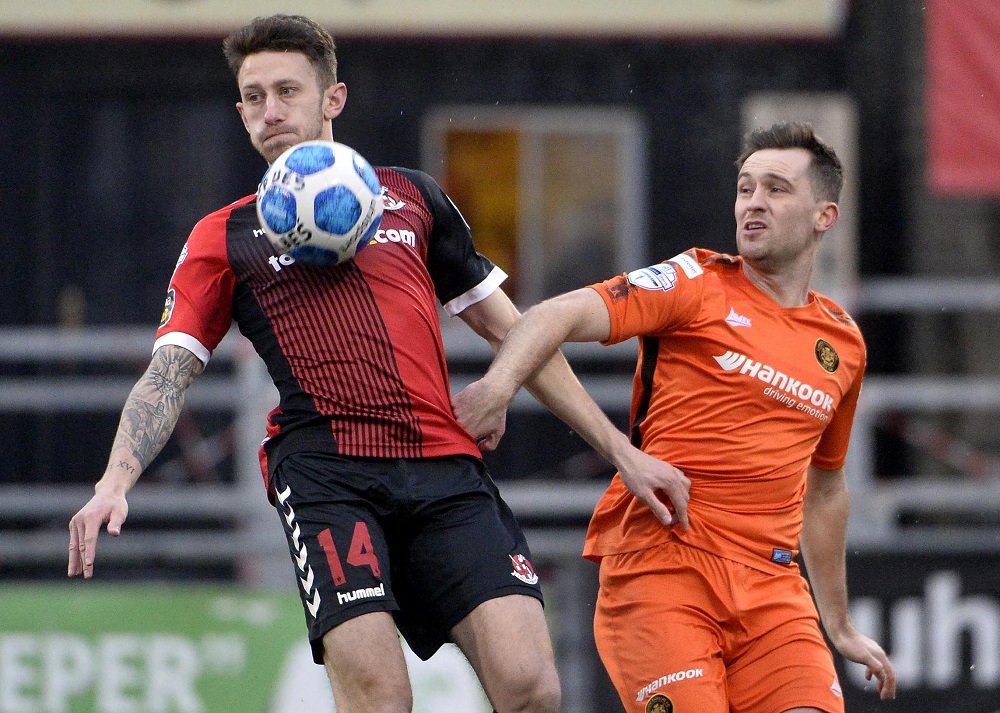 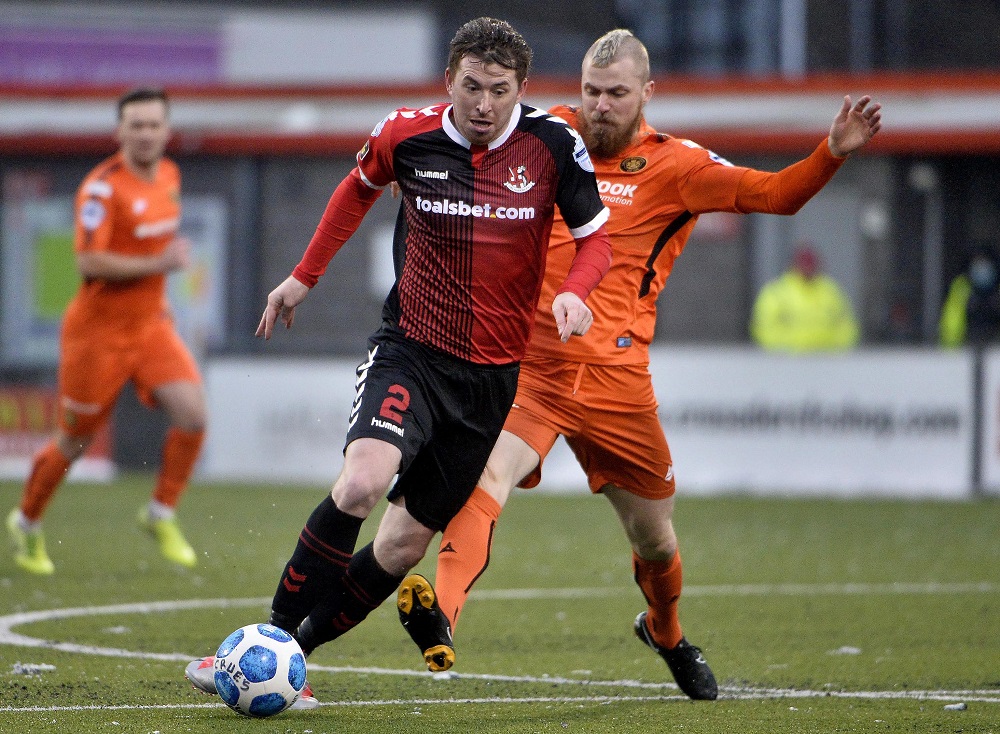 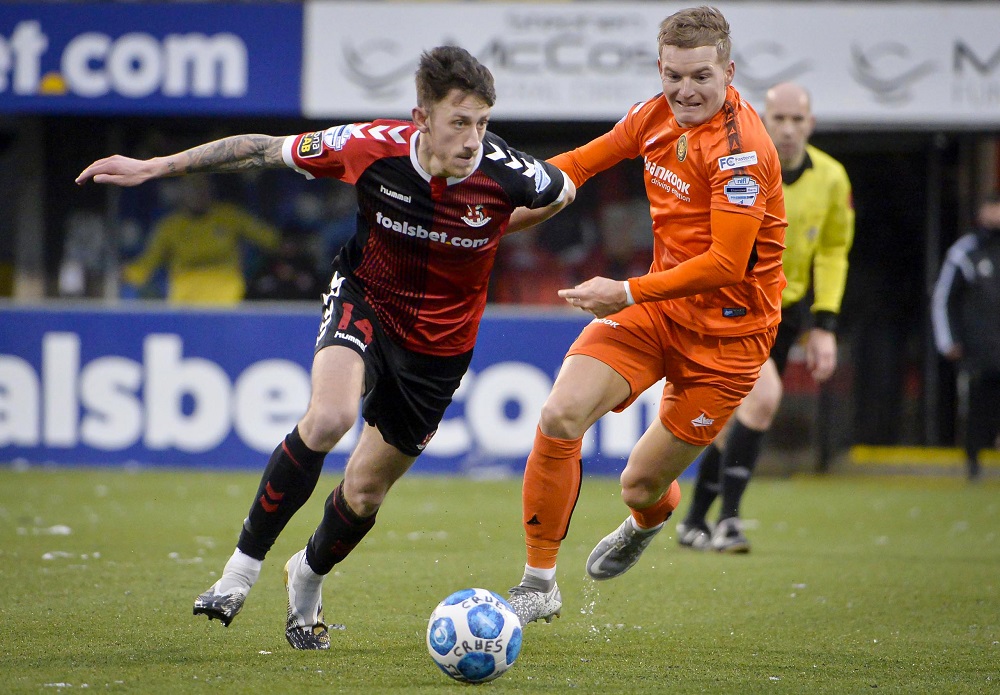 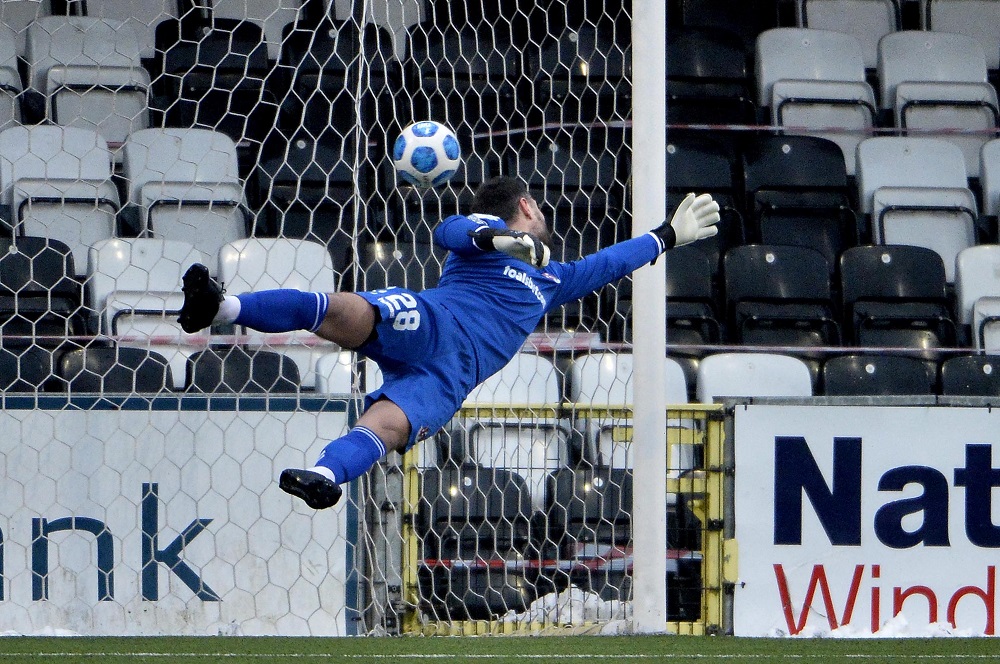 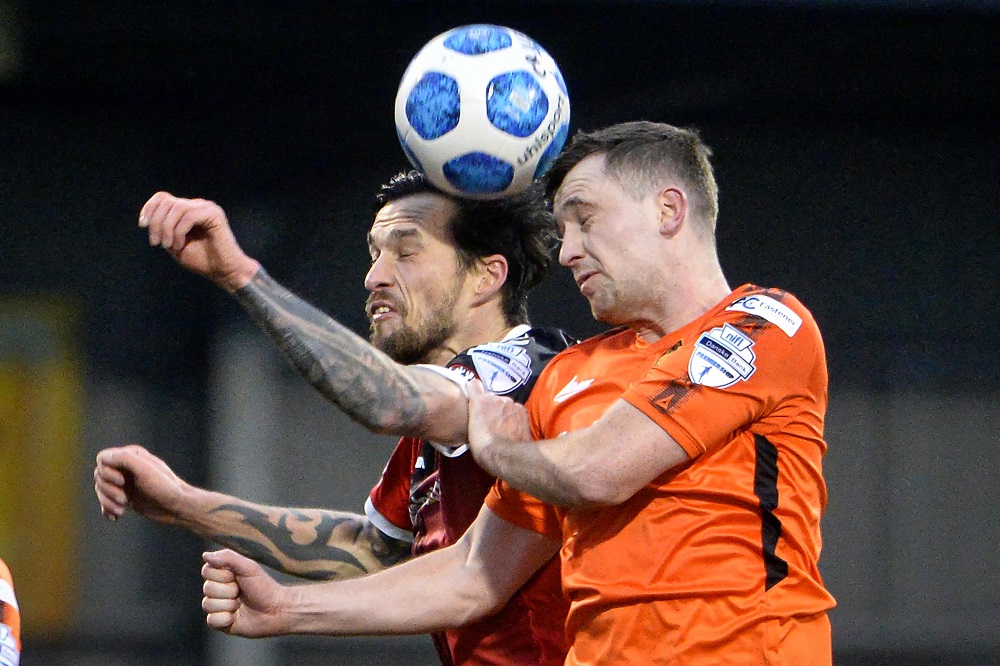 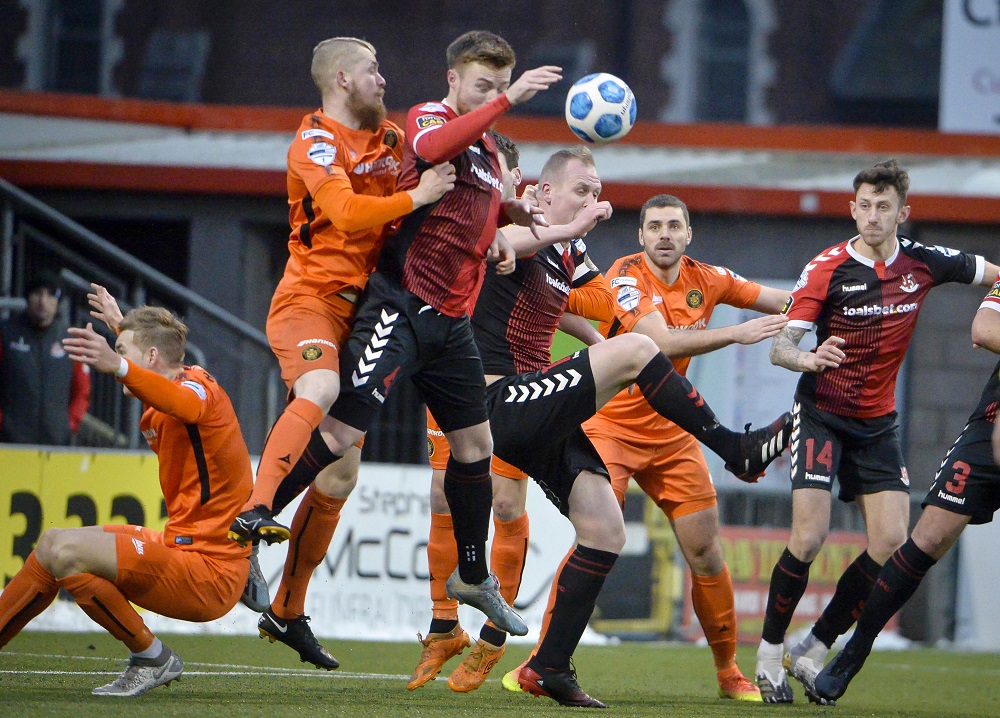