Linfield and Coleraine produced a scoreless draw at Windsor Park although both sides had chances to claim victory.
A quiet start to the game, it took until midway through the first half for the first efforts of note to be registered.
Coleraine keeper Gareth Deane found Stewart Nixon who, in turn, laid the ball on for Matthew Shevlin but his shot was deflected into the arms of Chris Johns.
Play then switched to the other end for Jordan Stewart to have a go from 25 yard only for the ball to fizz just wide.
Niall Quinn saw a later effort well dealt with by Deane while Aaron Canning headed wide and then failed to find the target from the edge of the box.
The best chance of the first half came towards the end when Quinn struck the outside of the post after Shayne Lavery had combined with Stewart to create the opening.
After the break Kyle McClean saw a 20-yard drive tipped over followed by a Jimmy Callacher header wide from a corner.
Quinn did have the ball in the net on the hour by his header from a Kirk Millar cross was ruled out for a foul on Deane.
Linfield had a great chance on 79 minutes when Stewart delivered a cross for Lavery but he headed the wrong side of the upright.
Coleraine might have snatched it with five minutes remaining, but Eoin Bradley could only fire straight at Johns when he looked certain to find the net.
Linfield: Johns, Haughey, Callacher, Stewart, Millar, Lavery, Clarke, McClean, Fallon, Pepper, Quinn subs Moore (not used), Stafford (not used), Newberry (not used), Manzinga (replaced Clarke 72), Nasseri (replaced Millar 72), Mulgrew (replaced Fallon 72), Palmer (not used)
Coleraine: Deane, Kane, Canning, Lowry, Carson, McConaghie, Tweed, Parkhill, Glackin, Nixon, Shevlin subs Gallagher (not used), Jarvis (replaced Tweed 83), Bradley (replaced Shevlin 77), Wilson (replaced Nixon 72), O'Donnell (not used), Allen (not used), Brennan (not used) 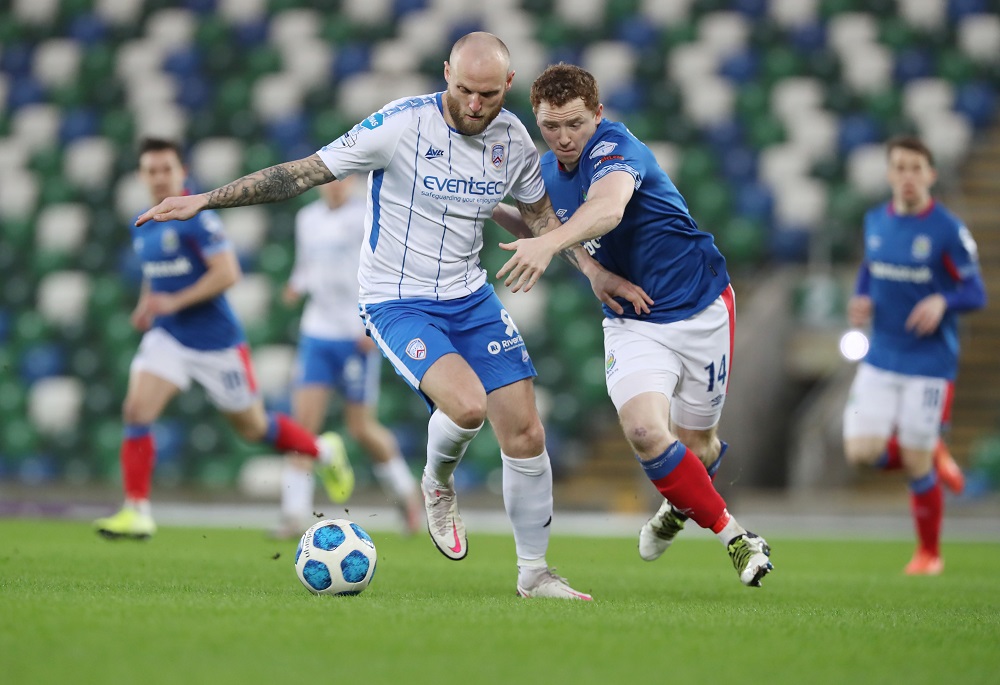 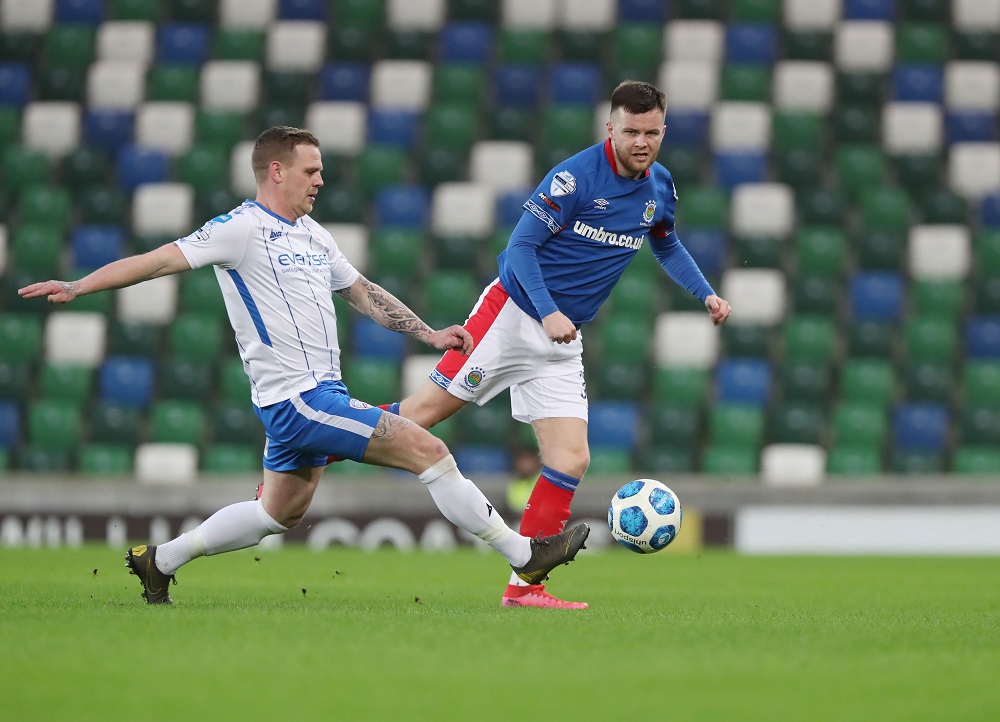 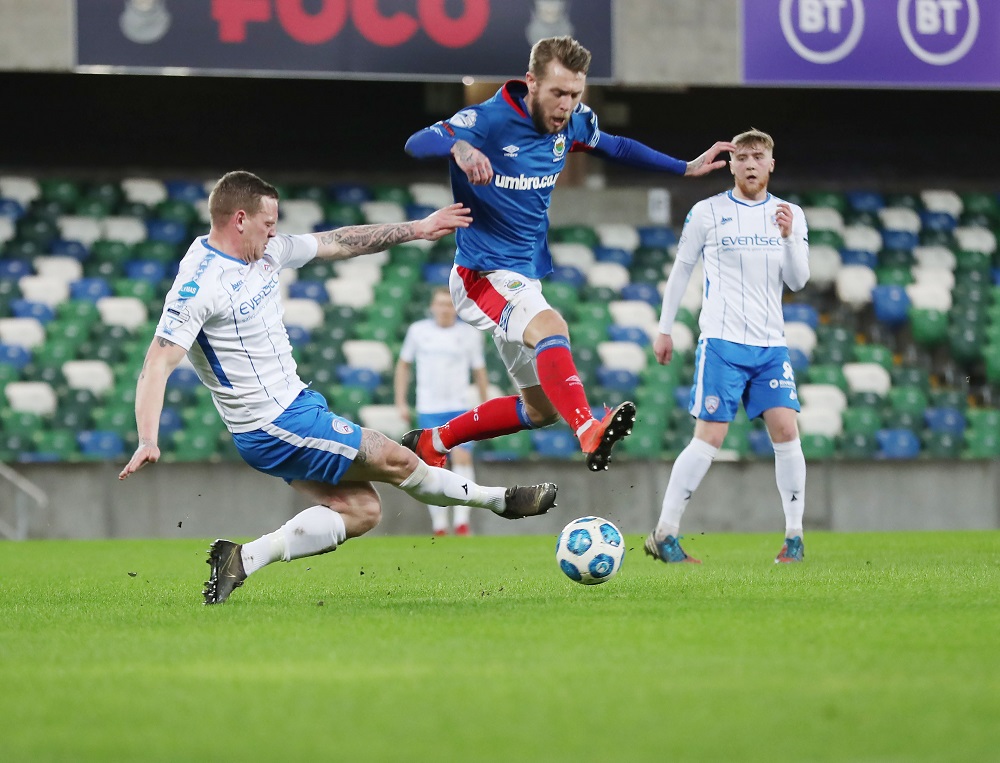 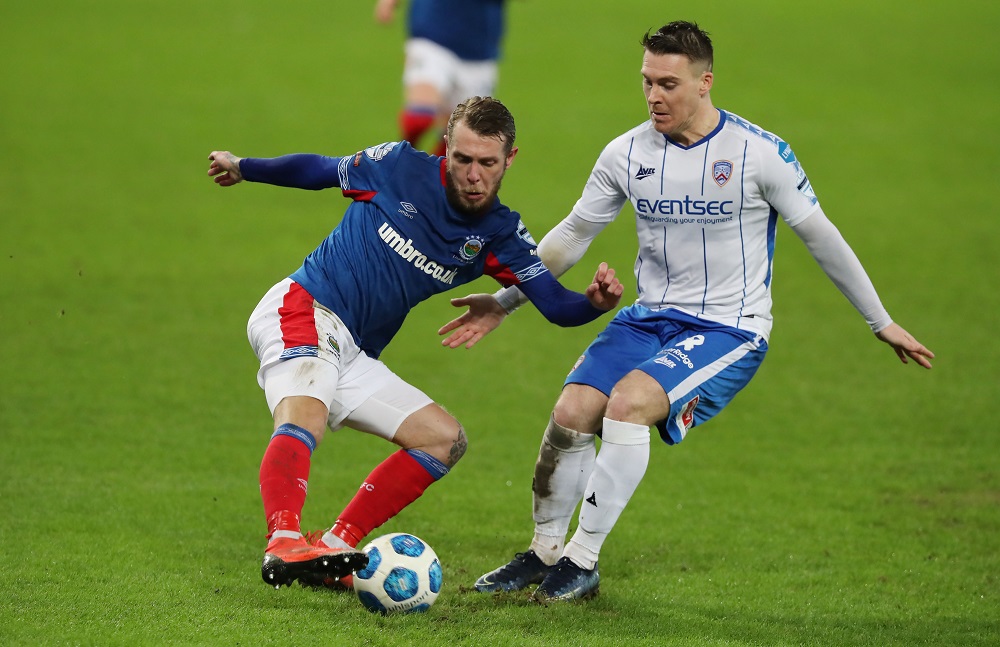 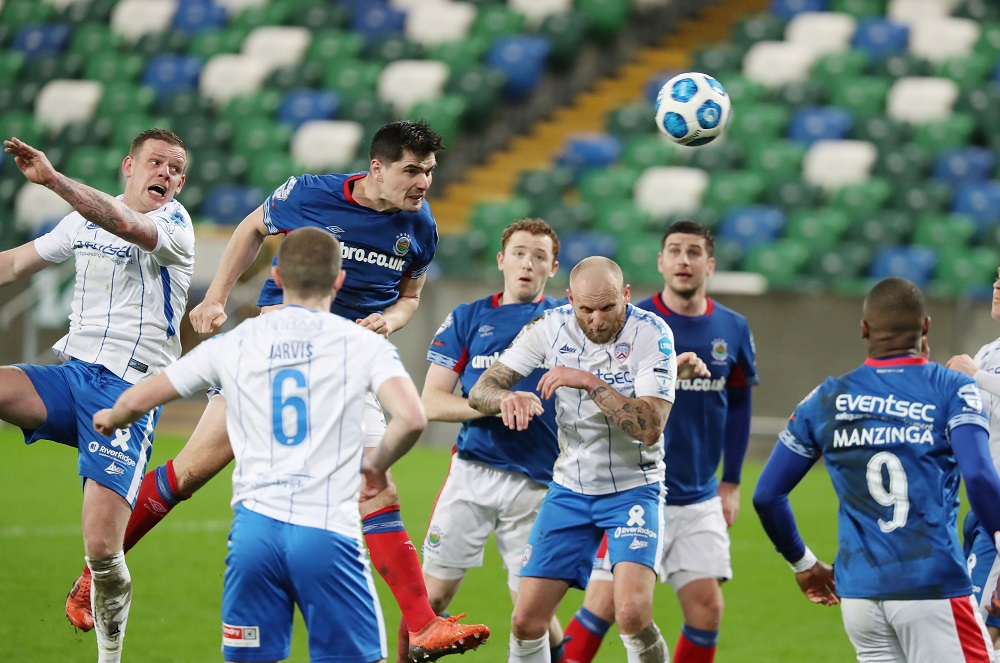 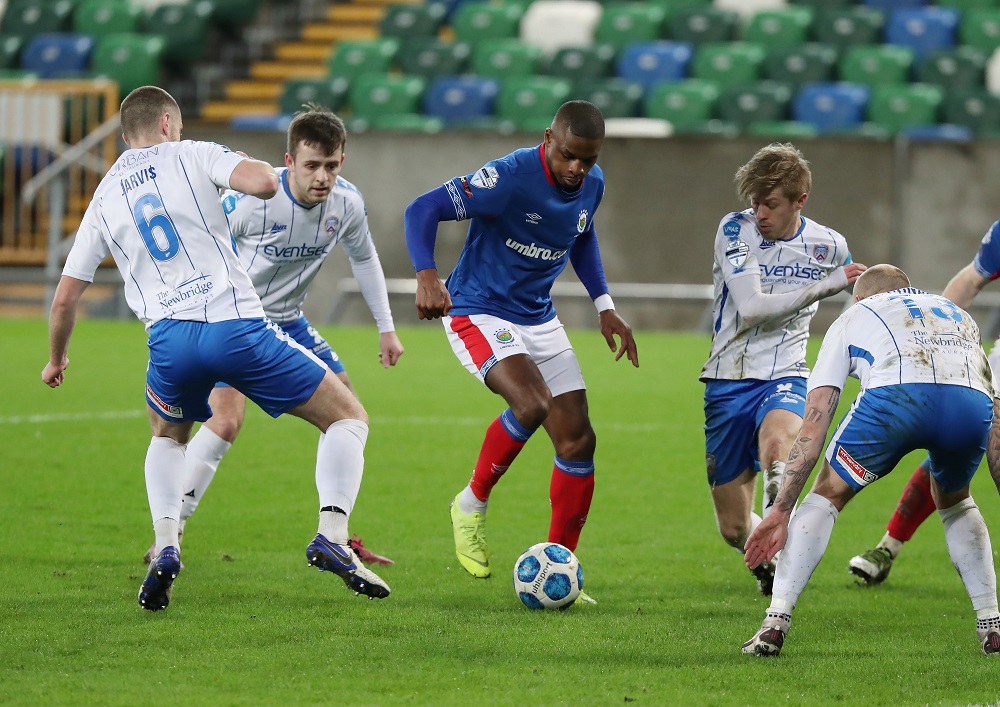