A goal right at the end of the game handed the 'Big Two' bragging rights to Glentoran as they recorded a first away win over Linfield in over six years.
A relatively uninspiring first half produced few chances in front of goal, although Linfield did enjoy the best of what was created.
Jordan Stewart showed some great skill to have a go from 25 yards early on but this was deflected over, as was a Jamie Mulgrew effort.
Joel Cooper might have broken the deadlock midway through the half with a cross which struck the crossbar with Dayle Coleing beaten while, a few minutes later, Stewart saw another shot saved.
Then, just before the break, Mulgrew slipped Shayne Lavery through on goal but Coleing did well to thwart the attempt.
Stewart came close again for Linfield early in the second half with a superb strike that looked destined for the top corner only to elicit an equally impressive save from Coleing.
Glentoran first effort of note came just after the hour when Robbie McDaid delivered a great ball for Jay Donnelly to head straight at Chris Johns at close range.
Johns was called into action again on 70 minutes to produce a great save to tip a 25-yard Ciaran O'Connor effort onto the crossbar.
Glentoran pushed for the winner the more the game progressed and were duly rewarded for their endeavours just as the game slipped into stoppage time when McMenamin's right-wing cross crept home at the back post.
Linfield: Johns, Stafford, Haughey, Callacher, Stewart, Lavery, Nasseri, McClean, Mulgrew, Quinn, Cooper subs Moore (not used), Newberry (not used), Millar (replaced Nasseri 65), Clarke (not used), Fallon (replaced McClean 63), Pepper (not used), Palmer (not used)
Glentoran: Coleing, Kane, McCullough, Gallagher, McDaid, McClean, McMenamin, Marron, Plum, Marshall, J. Donnelly subs Bigirimana (replaced Gallagher 58), McDonagh (not used), Gorman (not used), R. Donnelly (replaced J. Donnelly 82), Stewart (not used), Brown (not used), O'Connor (replaced O'Connor 63) 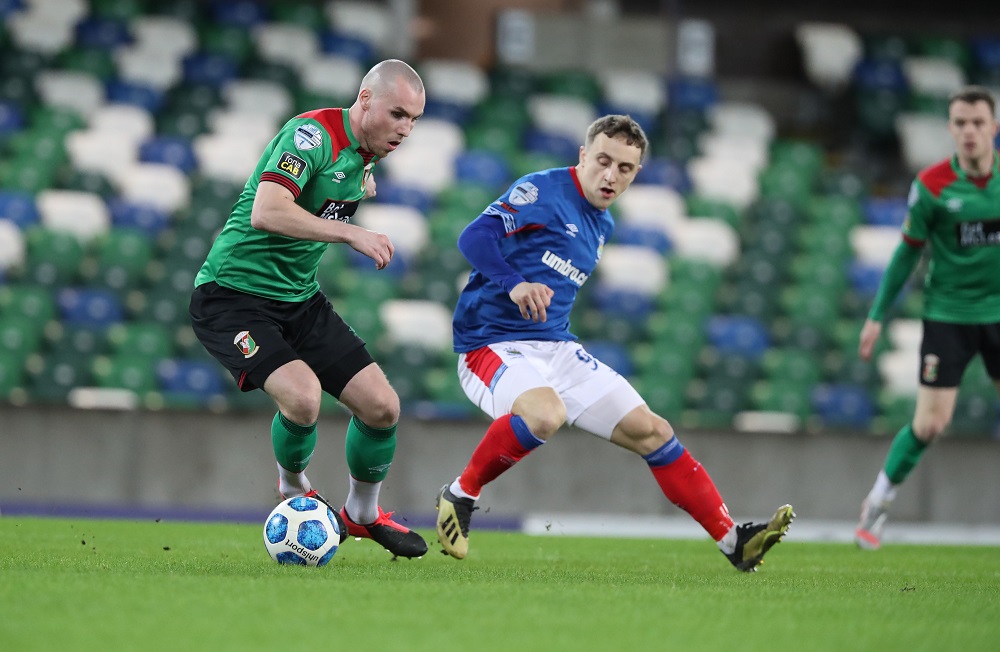 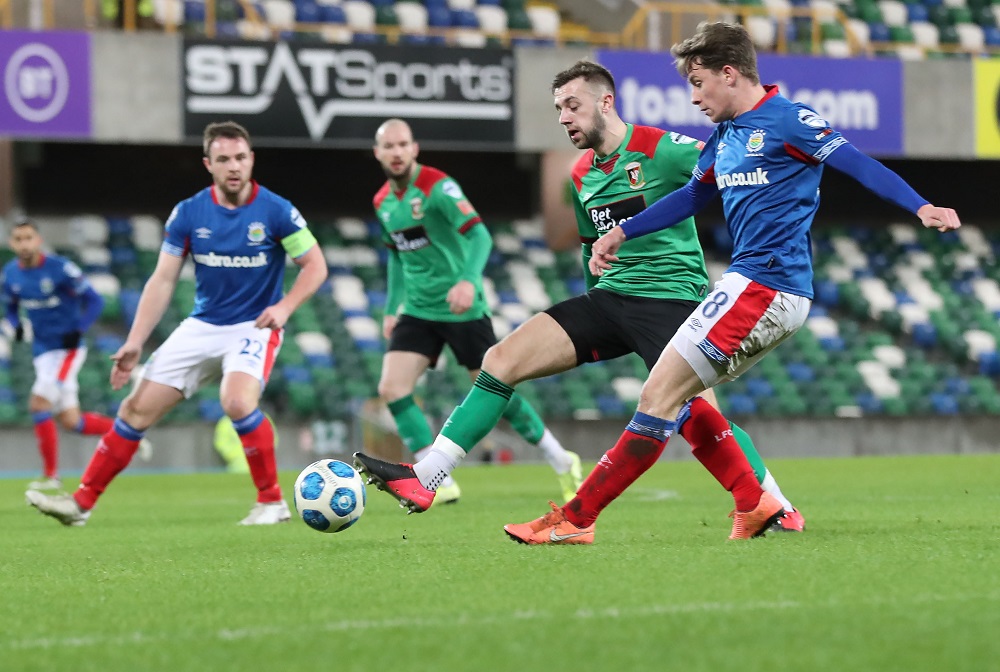 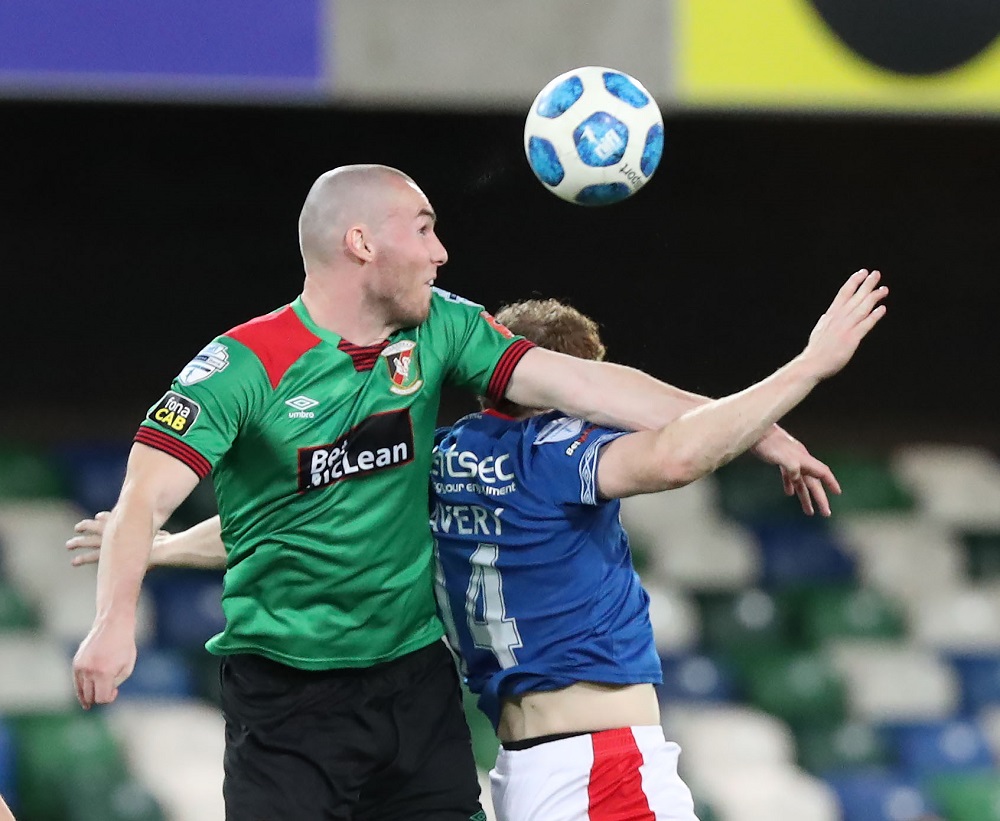 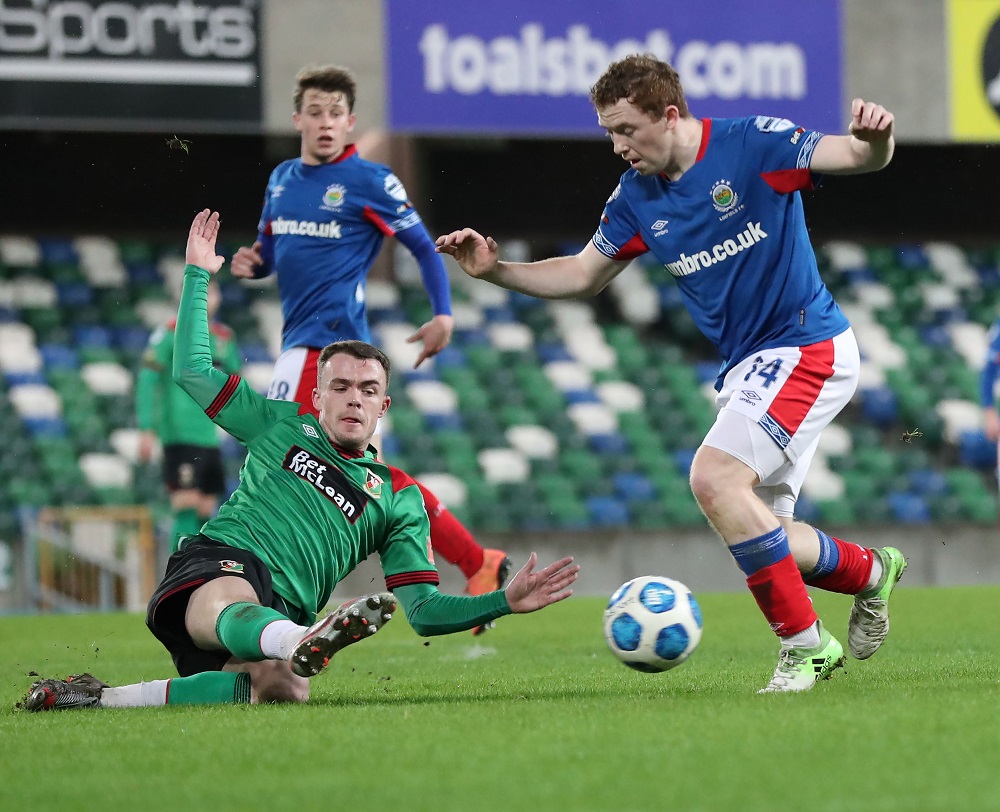 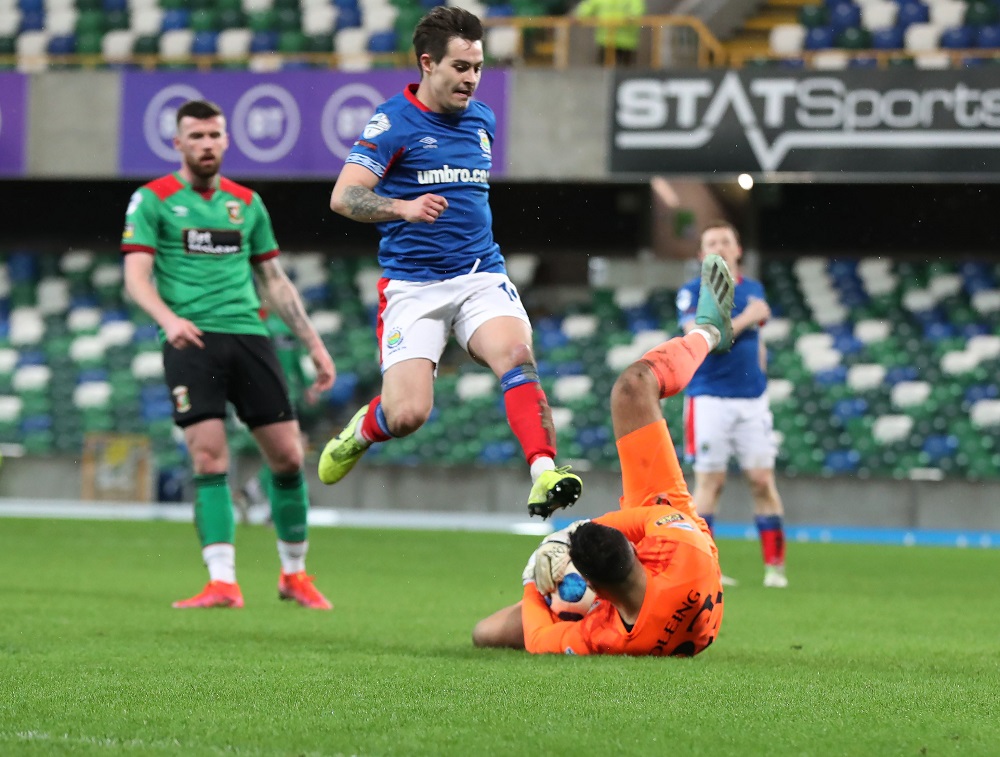 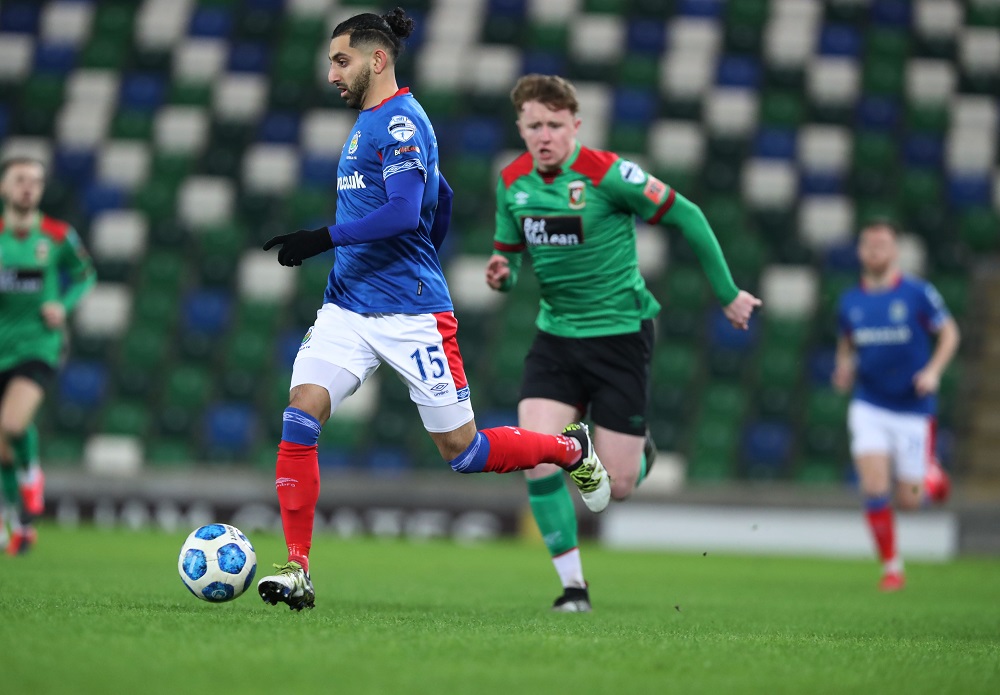